In our last artisan embroidery article we explored the work of Rosalind Wyatt, who stitches stories into personal textiles to add new life to a garment and add a further dimension to it. Our next embroiderer has a similar creative process, except her medium of choice is not clothing, but black and white photographs

Maria Aparicio Puentes is a Chilean mixed media artist who adds striking stitching to black and white photography to create beautiful, collaborative hybrid pieces. She works closely with the existing structure of a photograph, overlaying natural forms with geometric shapes and injecting bursts of color into a monochromatic background. Hailing from Santiago, this is still the city that she calls home; from early childhood she developed a particular sensibility towards visual arts and loved scrutinizing landscapes and the structure of the buildings in her neighborhood. It’s no surprise then, that architecture was her first calling, which she studied in Chile and then moved on to a Masters in Urban Design in Barcelona. It was during her’ architecture degree studies that Maria rediscovered a love for thread, during academic exercises related to scale. She had embroidered before as a child and enjoyed it, but describes her architectural stitching as a “œbeautiful and memorable experiment”. 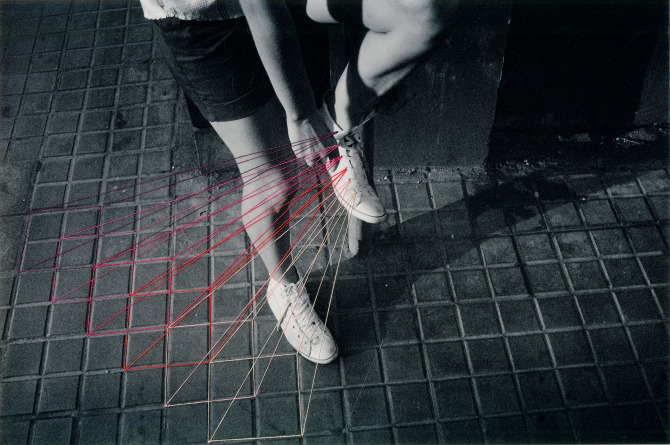 The idea to stitch on to photographs came quite spontaneously to Maria, however. She describes how she was lying on her boyfriend’s bed reading a magazine and there were a lot of needles and threads on the bedside table ready for another project they were planning together. Maria chose a picture from the magazine and without really thinking starting stitching on to the picture, making a necklace for the girl in the black and white photo. She loved the result and since 2011 has continued to produce this unique art. Her process is simple: she selects a picture (often from Flickr), contacts the photographers for
permission to use and add to their pictures, scans them in black and white and uses a needle to pierce them in key places. After that she selects the threads and starts to embroider, taking care to highlight implicit space relations. 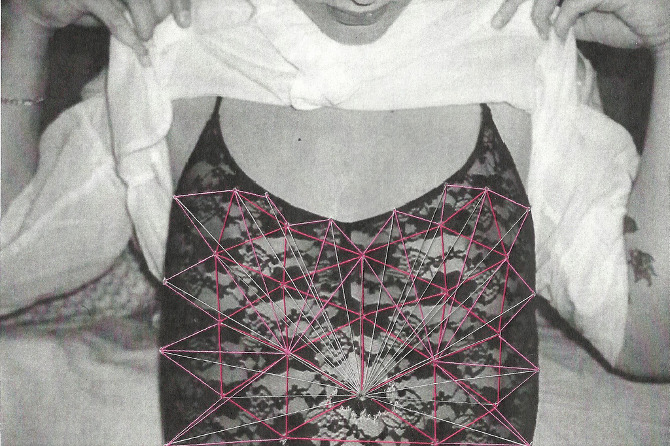 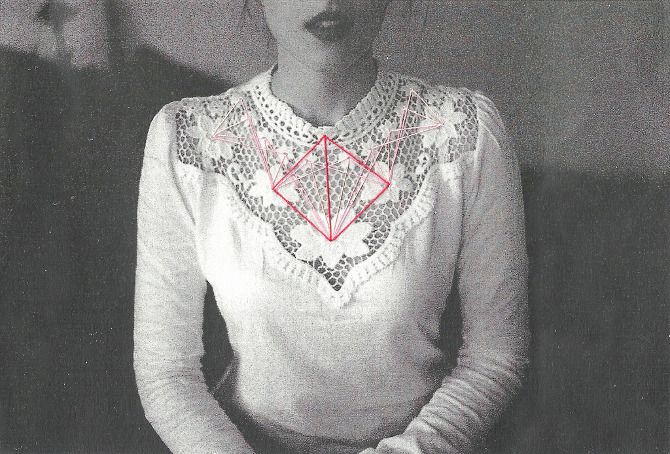 The idea of space relations is key to Maria’s work – she uses the thread to bring out the invisible connections and relations that exist between objects, places and people in the photographs. At first, Maria just looks at the photo for a long time, taking in each of the picture’s elements – “œpredominantly geometries, rhythms, tensions… everything”. When she has an initial idea, she adds threads to the image to see if that design is possible and when she is convinced starts making real what she created in her mind. Maria says “œit is sometimes surprising, sometimes disappointing, but always a learning experience”. 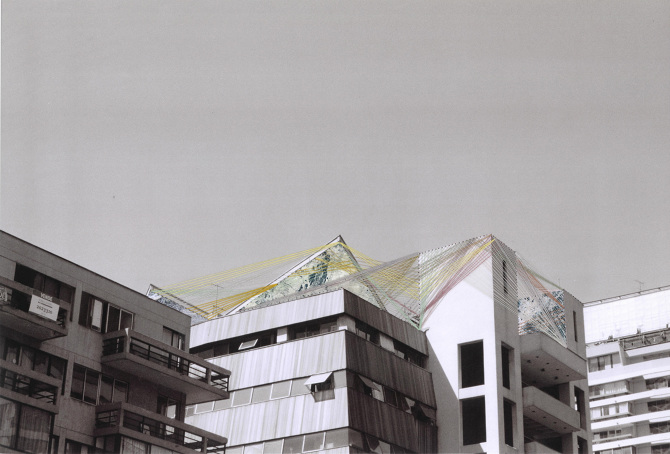 Her intricate patterns draw attention to non-existing or previously undetectable relationships between the subjects in interesting and often unexpected ways. Maria’s stitching almost adds an energy to the photograph, turning something static into something new with life. Her stitches are simple – threading, chain-stitch and cross-stitch, but they add a layer of complexity to the photograph, their 3D quality making it more emotive. Maria loves the possibilities that thread can offer, particularly due to the fact that she can “˜undo’ anything – drawing a line is so permanent, but she feels that she can make a thread disappear. She says she enjoys the creative process more, rather than the end result, but is more satisfied with final pieces when “œevery thread has its own significance, shows the spatial relations that lie beneath and contributes to how it is perceived and understood.” Maria chooses black and white photographs to “œintervene” on because she finds it to be a “œneutral base where I can work and where the relations that I seek to emphasise can be highlighted in a better way”. Maria feels as though her background in architecture helped her art and to “œdevelop some sensitivity to the environment, in relation to the material and immaterial that surrounds us. It helped me be more attentive to the relationships of the elements in space”. 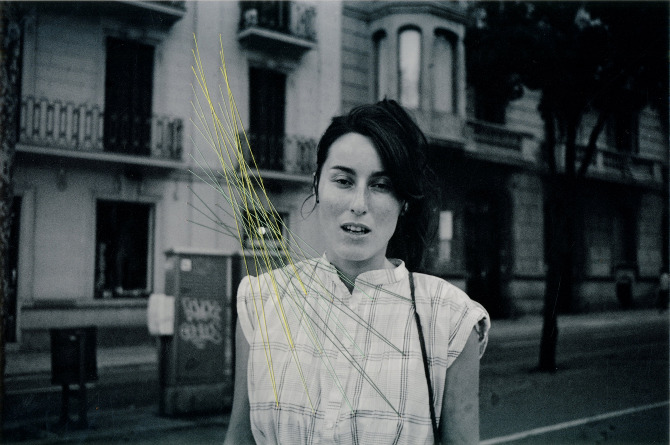 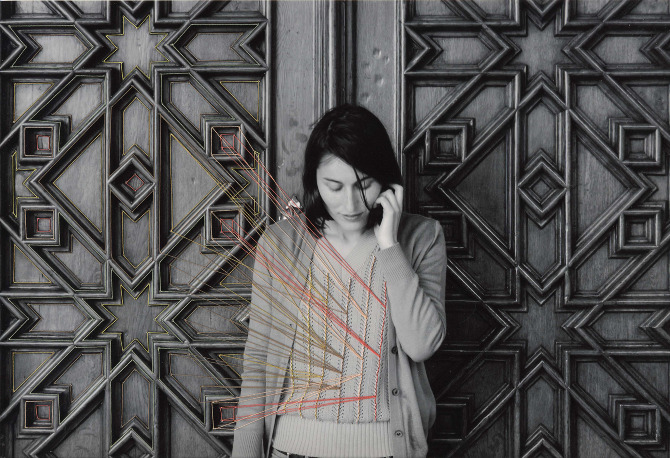 At first, the pictures came from Maria selecting her favourites from Flickr, but then came collaborations where people would invited her to do something with them, usually with a personal image. She also works with her boyfriend Claudio, who takes great photographs. For the last show she in Santiago she worked on his images as well as some of her own. Maria describes how it is very different to collaborate with someone than to work on your own pictures, partly because you have to fight against the other person’s expectations – the other artist may have pre-established ideas of what the collaboration should produce. Maria likes to work by herself and have full autonomy, but does really enjoy collaboration, getting to know people from different places and communicating with them about a shared art. 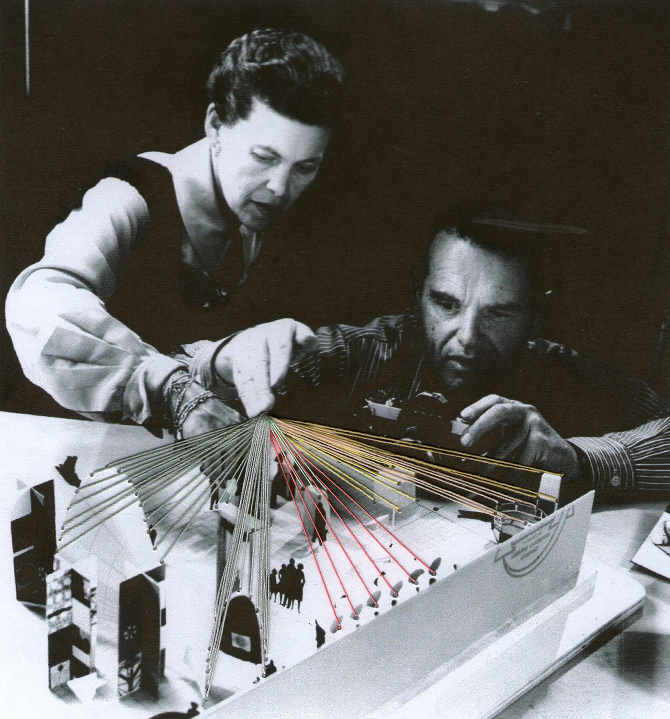 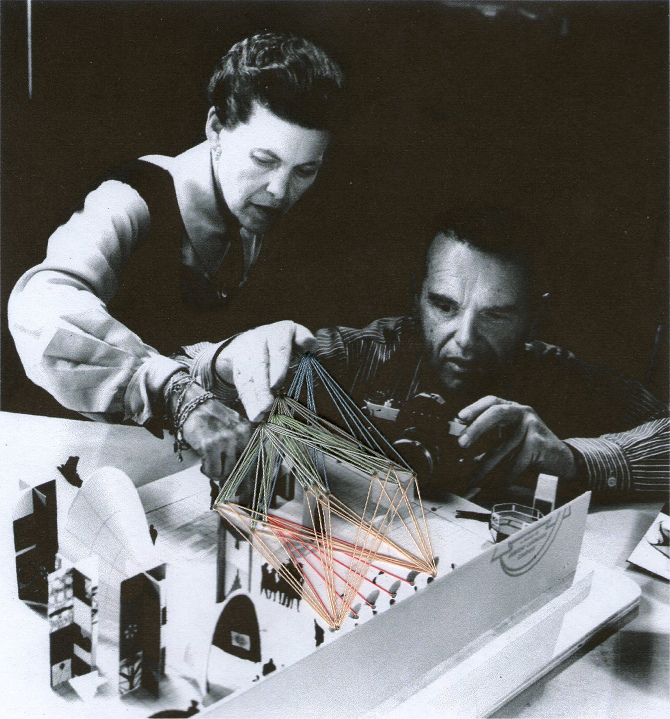 Maria creates most of her art in her living space, her favourite place in the house with simply white walls, wooden floors with plants and pictures. Inspiration comes from anywhere: “œIt might be a movie, an exhibition, a presentation, a trip, or a conversation. I like it when something beautiful stops me in my tracks (a gesture, the movement of a cat, a path full of green, a vase with multicolored flowers, a song). Everything that surrounds me can be a source of inspiration at some point. It depends on my state of mind and on my capacity to be aware of being there, here and now, connected to the reality, to life”. 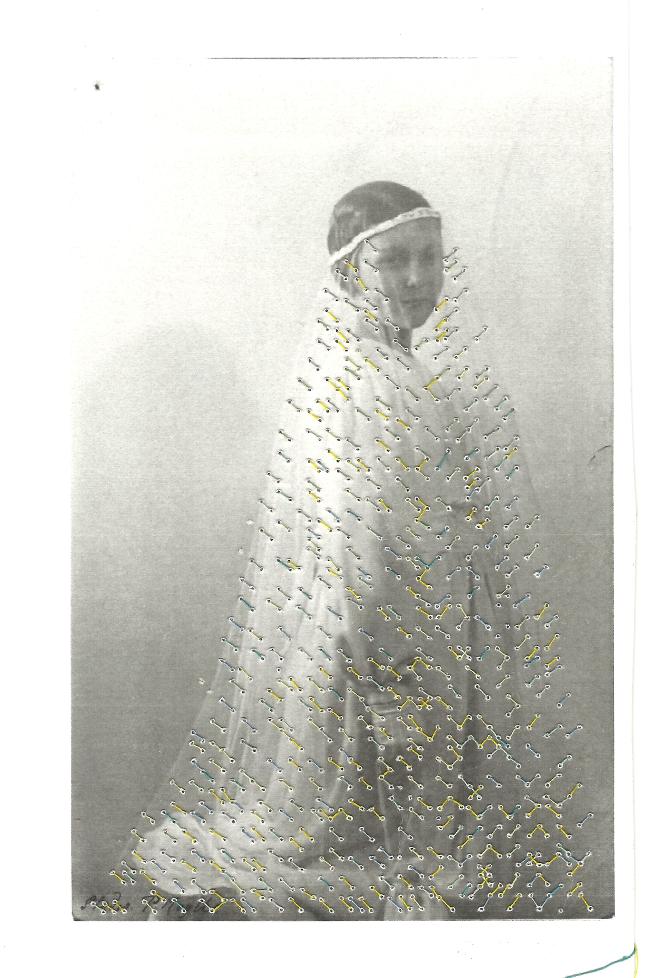 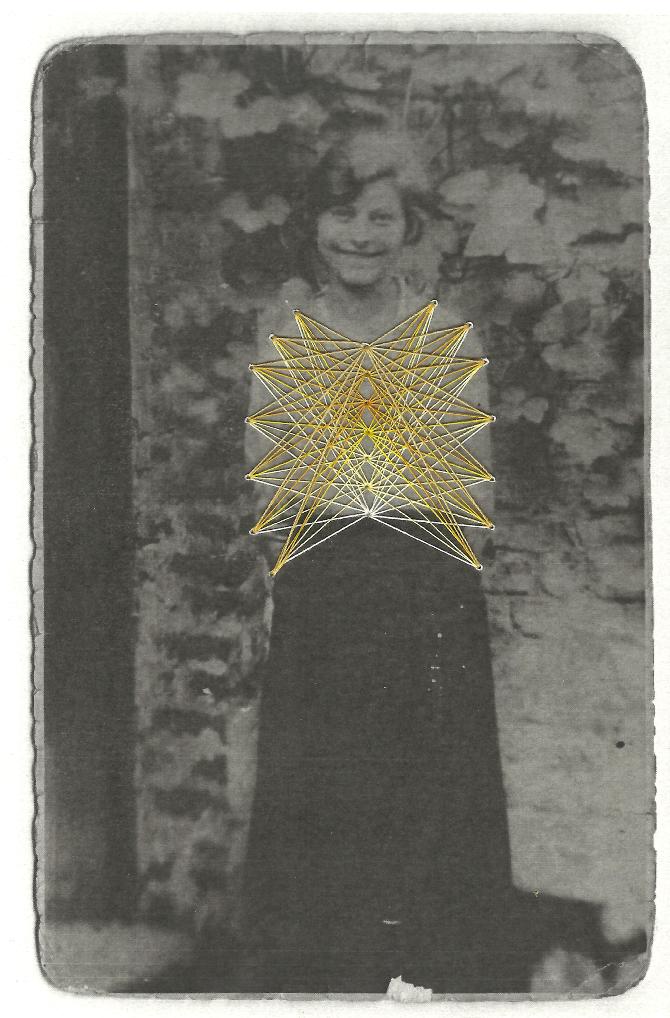 Collaboration with The Current Obssession Magazine

Maria feels proud of herself when she finishes something that she’s started, when she takes up a new challenge and when she wants to learn something new. She’s continually moving forward with her modern stitching, thinking of starting a new project with threads that changes the scale of an image. Her work is not the most illustrative or technically complicated, but her use of embroidery is certainly impactful and leads the craft in a new direction. Maria’s advice for other artists is to “œbe constant, finish anything you start and work with passion”, something which she most surely does.