A glimpse at what linen brings to the musical stage.

If you’ve ever been to a Renaissance festival, you’ve probably seen plenty of folks wearing linen as they play their festive Celtic music. But linen isn’t confined to being worn by musicians playing music of old. It has made its way on plenty of other stages through the ages. Whether you’re a musician or a lover of all things music, there are a few you can expect from a musician dressed in linen.

The most obvious and frequent use of linen on stage is to make a statement that you’re comfortable, cool, relaxed. At the same time, the musician who wears a linen shirt, top open and unbuttoned, begs the audience to take on the same relaxed demeanor. Life is hard, so why not let your hair down and chill out, while the music flows through your ears and renews your spirit? 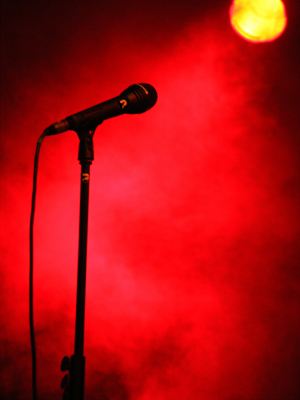 While you may expect linen attitudes to only be donned by Jimmy Buffet or the Beach Boys, this relaxed feel can do any band or singer-songwriter right, as it encourages a more personal connection with the audience. After all, who doesn’t feel comfortable talking with someone who is comfortably wearing linen?

At the same time a loose linen shirt screams comfort, a linen suit puts musicians a cut above the rest. There is no need to wonder whether a musician in a linen suit understands music. The outfit makes it clear that he or she not only understands music, but that he or she takes it very seriously and will do everything possible to ensure the listeners’ enjoyment. Ensuring appreciation may require all-night recording sessions, non-stop touring, or never-ending practice, but it’s okay, because a linen suit makes a hectic schedule fashionable and comfortable.

Who could show up onstage with a linen suit? Basically anyone who has attained musical greatness or has plans to do so. From Thelonious Monk to Jimi Hendrix to the prodigy living down the street, a linen suit gives prestige and dignity to any musical performance, making the musician seem larger than life.

If you ever see a pop star or starlet playing music wearing linen, you will understand this sentiment. With linen’s natural sleekness, allowing the fabric to fall comfortably on the wearer’s body, it is the perfect way for a musician or singer to set him or herself apart in the realm of gorgeousness.

Since linen lends itself to fashion designs that other fabrics aren’t sufficient to handle, linen also gives musicians a fashion edge that matches their musical edge. As the music world often demands individuality from its artists, linen is a natural choice for any musician wanting to stand out and look incredible.

The next time you see a musician wearing linen, ask yourself what image he or she is trying to portray. It may be one of comfort, seriousness, or sex appeal. More than likely, it is all three’and the message comes across loud and clear.

Other posts by Daniel Brantley “Queen to b4, knight to F7, bishop to H5…” I couldn’t help but overhear an older man talking to himself as he replayed one of the great chess games of history. He held an orange book with tattered corners in one hand while swiftly moving the pieces on the board in front of him with…

I recently spent another rainy Saturday at my sewing machine. This time, it resulted in a wide leg CHARLIE Pant in Midweight Natural Linen. As the temperatures continue to drop in Wisconsin and we prepare for our first snowfall, I have been thinking about warm layers and garments that transition from season to season. I…

On Identity: You Belong Here

Do you ever think about how no one chose to be here? No one submitted an application to exist. Our existence was chosen for us. Therefore, no one has more or less right to be here than you. You have a right to take up space. You are enough, the very essence of who you…

“African-American quilts are not simply a set of colours, techniques, or patterns. They’re a celebration of culture by artists who understand and love it best.” Ellison Langford, Scalawag Magazine, 2019 If anyone word could define today’s flourishing culture of African American quilts, it would be ‘diverse.’ Pattern styles are diverse, ranging from densely worked abstract…