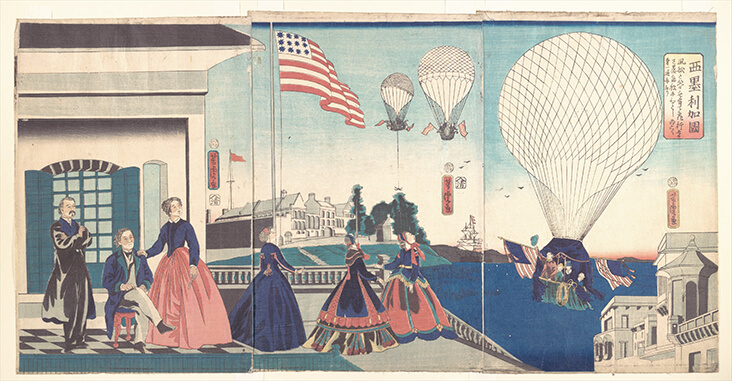 The leading 19th century Japanese artist Utagawa Yoshitora has a particular preference for crushed violet and indigo shades like HERON, weaving them into his intricate ukiyo-e woodblock prints in the most creative and inventive ways. Sometimes they are small accents of mysterious shadow peppered across still, tranquil scenes. Other times they fill much of the background, aiding in the grandiose drama and theatrical narratives for which he became world-renowned. Throughout his career Yoshitora was incredibly prolific, creating standalone artworks as well as illustrations for books and newspapers. Storytelling was always at the heart of his art, and colour was a vital tool in his artistic trade.

Yoshitora was born in Edo (modern day Tokyo), but not much is known about his early life. Records show he was once a pupil of the great ukiyo-e master Utagawa Kuniyoshi. From his great mentor and tutor Yoshitora learned the traditional tropes of ukiyo-e (pictures of the floating world), which illustrated scenes from normal urban life in Edo including courtesans, actors, street scenes and landscapes. 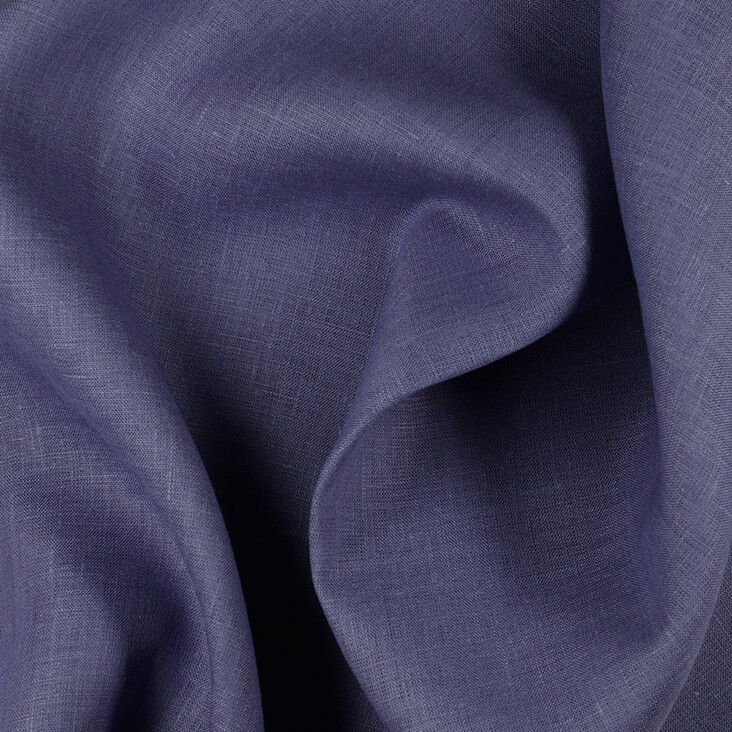 The most prolific period of Yoshitora’s career was roughly 1850-1880, during which time he produced over 60 different prints series’, and completed illustrations for more than 100 different books, along with countless newspaper illustrations. His prolific success meant Yoshitora’s art was often seen by large audiences, and he seemed to truly relish in the public attention. He often made art as a form of light-hearted entertainment, often with a rebellious, irreverent streak, such as caricatures of public figures, even if this landed him in trouble with the law.

From the 1860s onwards Yoshitora often made prints illustrating the rapid modernisation of Japan as its ports opened for international trade. The people of Edo were fascinated by the Westerners who appeared at their ports from far flung places. This meant prints depicting European and American people, places, discoveries and inventions became hotly in demand, and Yoshitora approached the subject matter with great relish. It is likely that Yoshitora’s western subjects were based on pre-existing illustrations, rather than first-hand observation. In the triptych woodblock print America: Enjoying Hot Air Balloons, 1867, Yoshitora depicts an American family caught in a moment of celebration, as hot air balloons puff up into the sky. People wear western style, 19th century clothing, which would have fascinated Japanese audiences of the time. Deep shades of violet and indigo add dramatic weight and intensity to the scene, scattered across the family’s clothing and into the horizon line beyond.

In Paris, France, 1862, Yoshitora explores a similar triptych format, to create a wide-angle view across a Parisian harbour scene. In the foreground, Japanese people mingle with Parisians, signifying the growing internationalism of the world during this fascinating period in history. Yoshitora draws the Parisian architecture of the bay in exquisite detail, outlining the Neoclassical facades of the buildings as they gently curve towards the flat horizon line. Indigo shades are scattered throughout the entire scene, colouring clothing, shadowy doorways, and the darkest depths of the water below.

Another of Yoshitora’s favoured subjects from the late 1860s was Japanese historical scenes, particularly those depicting political figures, warriors and samurai that had once been forbidden by censorship during the Edo Period (1604-1868). The public lapped up Yoshitora’s grandiose, theatrical scenes filled with danger and excitement, telling tales that were once hidden from view. In Battle of Ashikaga and Kusunoki, 1860s, Yoshitora takes us on a panoramic journey across the battlefield as angry warriors charge through the overcrowded city. Great plumes of dark purple fabric wrap bodies and flap into the sky as warriors charge towards their fate, while an intense patch of indigo sweeps in from the right and frames the centre of the action.

Battle of Ashikaga and Kusunoki, 1860s

Yoshitora’s famed samurai scenes were equally as action-packed, conveying the same qualities of dynamism and danger. In both the Untitled (Samurai Scene), woodblock prints from the 1870s, Yoshitora creates swashbuckling drama with horses caught mid-action, swords pointed to the sky, and samurais filled with visible tension and rage. Both these scenes demonstrate Yoshitora’s masterful command of colour, as dark, intoxicating indigo purples sweep across the entire background, enveloping these cinematic stories with fear, fascination and wonder.