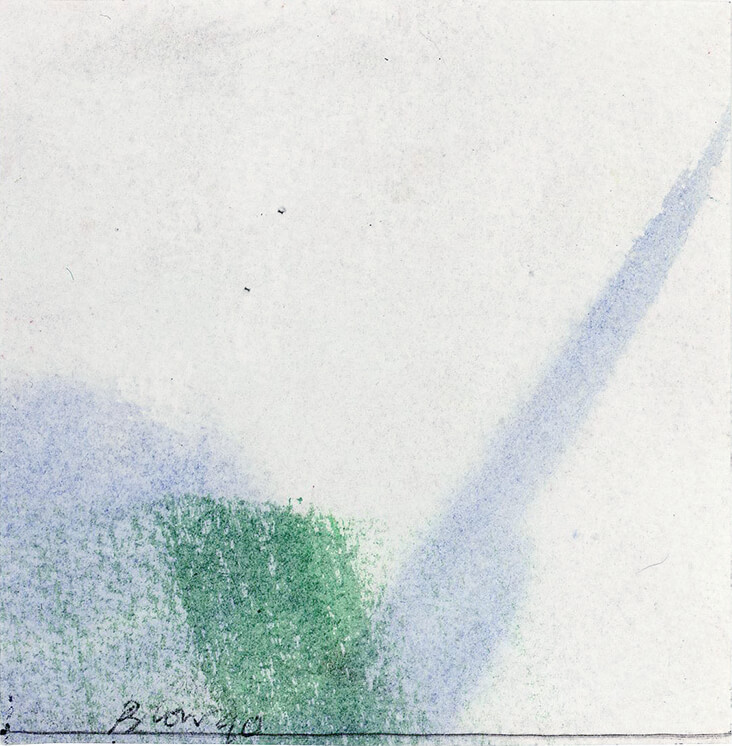 In her sparse, elemental canvases, British artist Sandra Blow captures fragile, fleeting moments, often bleached out with HEATHER linen’s cold, hazy light. A pioneering abstract artist of the 1950s, Blow challenged the macho, male-led school of Abstract Expressionism with a surprising informality, incorporating unexpected found materials such as sawdust, sackcloth and plaster alongside pale colours of paint on vastly scaled canvases. Improvisation was at the heart of her practice, as she explained, “As well as wanting a balance in the composition, there should be what I call a startling rightness. This can be any shape or colour: the crucial thing is that although perfect in its place, there is an unexpected quality about it, an element of surprise.”

Blow was born in London in 1925, the daughter of a fruit farmer. After leaving school when she was just 15, Blow made her way into art, entering study at Central St Martin’s School of Art, followed by the Royal Academy. Travel and study in Italy for a year shaped the nature of her developing ideas, as she observed with fascination the crumbling textures of Italian architecture and pre-Renaissance frescos. In Italy Blow met and fell in love with the Italian painter Alberto Burri, a leader in Art Informel. As influenced by Burri, Blow began bringing ‘low-grade’, non-traditional materials into her art such as tar and sackcloth, connecting her practice closer to ordinary life. 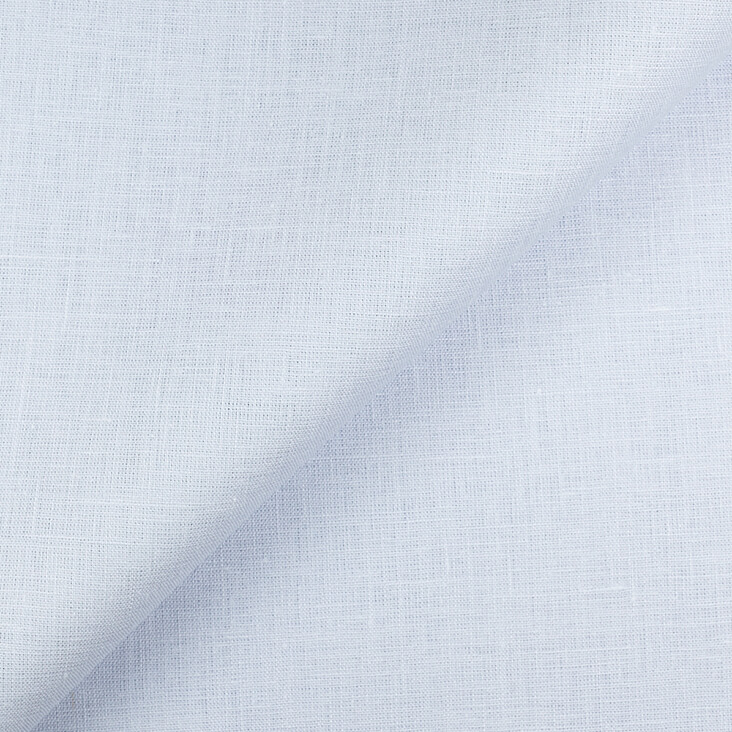 Throughout the 1950s and 1960s Blow settled into London, establishing her voice as a leader in post-war British abstraction. Her paintings, made on huge canvases in naturalistic colours, had a visceral tactility that attracted the attention of leading galleries, first in London, and later across Europe and the United States. Blow also spent time living in St Ives during the late 1950s, where she was influenced by the art of Peter Lanyon, Patrick Heron and Roger Hilton, as well as the wild, rough and tumble nature of the coastal town.

On her return to London in the 1960s, Blow retained the wild energy of Cornwall in her art for the rest of her career. She took up teaching in London’s Royal College of Art, and socialised with leading London artists including Francis Bacon and Elisabeth Frink. Her paintings of the 1960s and beyond captured the optimistic spirit of 1960s London, with pale, bright colours, and bold, experimental techniques.  In Untitled, Blue, 1963, torn scraps of the artist’s paper are brought together to form a loosely structured, grid-like design, echoing the rising trend of minimalism. But this artwork’s structure is undercut with the informality of visible scissor lines, yellow and red paint splatters, and areas of pale, scumbled blue that hang like clouds mid-air. 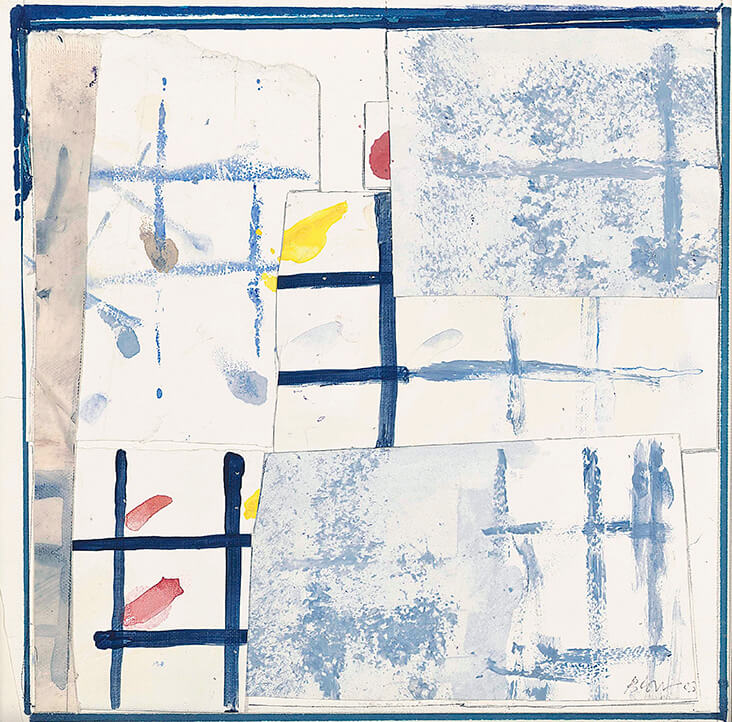 In the later Untitled; Collage, 1990, Blow’s painterly language is even more minimal and discreet, as a swipe of chalky, lilac-blue streaks across the surface and forms a bloom in the lower left corner, where it meets an unlikely smudge of forest green. The same pale bluish tone is lightly smudged over the rest of the canvas with the slightest of touch, suggesting a cool, wide-open expanse of sky.

In the mid-1990s Blow moved from London to St Ives, and she remained here for the rest of her career. In her art, she continued to play with how loosely built structures and simple, textural colours could suggest energy, movement and spirit. Jug with Handle Behind Blinds Seen Through Glass Window, 2001, was made in her later years, and it seems to convey the cold, hazy light of her Cornish home studio, with freezing shades of heather and blue that swish this way and that like wild, oceanic waves.

French painter Pierre Soulages made a career out of painting with shades of black like ANTHRACITE, sweeping it in broad, confident gestures across paper and canvas. His stark, minimal designs nod towards the simple confidence of cave paintings and Japanese calligraphy, with loose marks crisscrossing over one another to create the sensations of depth, space…

Abstract Expressionist Joan Mitchell brought swirling tornadoes of colour into her art, and BLUE APATITE was one of her favourites. She loved how this rich teal blue could energise her paintings with the colour of electricity, twirling this way and that in dynamized ribbons, or pooling into watery patches of translucency. Though her densely patterned…

Colour was a driving force in the Surrealist art of Joan Miro, pulsing through his images with a passionate and rhythmic energy. He played with all the colours of the rainbow throughout his long and prolific career, exploring how curious and unexpected relationships could be discovered between them. The fresh, cool and minty shade of…

Next to blazers, blouses are my absolute favorite to wear. I enjoy making them the most. I especially love draping sleeves. I’m all about fit and balance when getting dressed. When I’m headed to my studio, I’m usually dressed like this. An oversized blouse, that is balanced with a fitted waist. In this case, I…

Raoul Dufy’s art was a celebration of life, in all its stunning, technicolour glory. He painted with light, airy brushstrokes and intense colours like MEDITERRANEAN BLUE, illustrating boundless optimism and the endless days of lazy, sunlit summer. Dufy spent much of his career painting along the Mediterranean coastlines of France, and his paintings capture the…