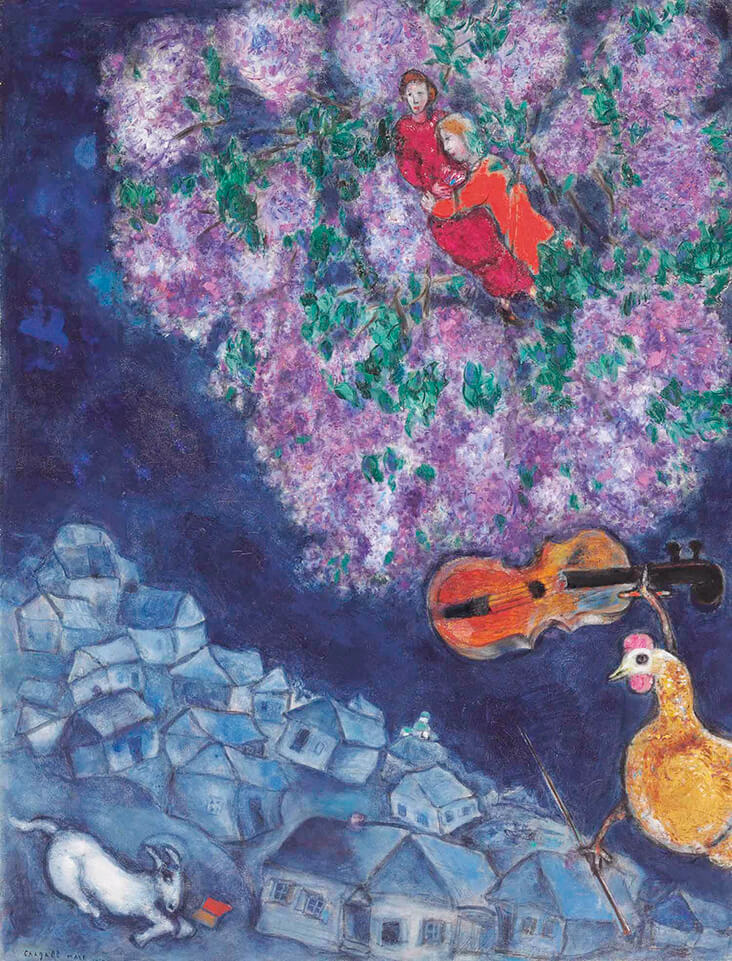 There is a quiet, entrancing magic to Marc Chagall’s art, a quality that allows us to escape the challenges of life, if even just for the briefest interludes. Deep indigo blues like BLUE WHALE appear often, invoking the dark blue air of dusk, when day turns into night and the mind slowly shifts into a dreamy, hypnotic state of being. Russian-born, expressionist artist Chagall lived through his own fair share of hardships, facing poverty, persecution, war and grief, but art was the enduring constant that kept him grounded, offering a place he could go to and just breathe in the present moment. 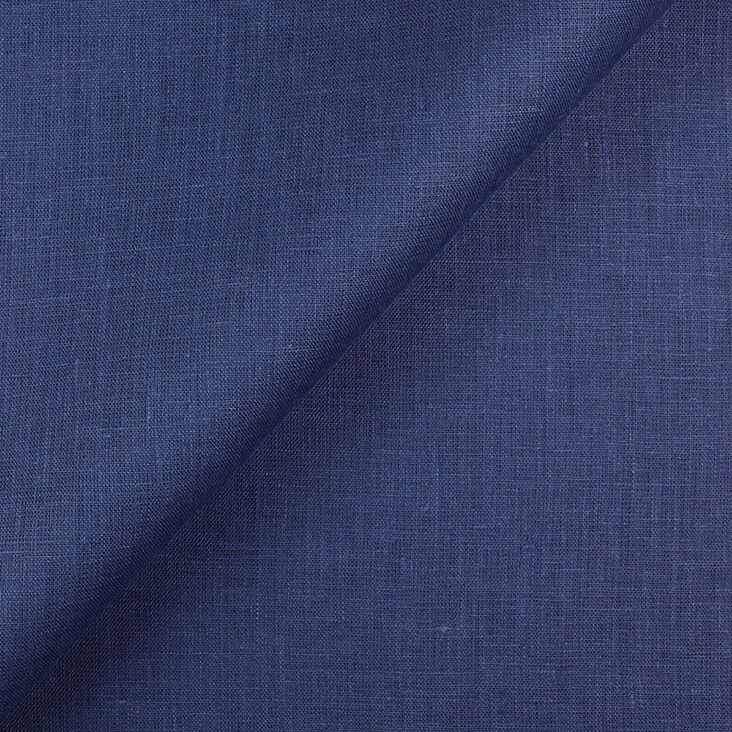 Born in the Belorussian town of Vitebsk in 1887, Chagall was a fragile and sensitive child who feared growing up, choosing instead to escape into the wilderness whenever he could. Raised in a family of Hasidic Jews, Chagall’s family had no art in their home, but when Chagall discovered a love of drawing, he persuaded his parents to pay for lessons with a local portraitist. Although he would later leave for the city of lights, Chagall never forgot his childhood in Vitebsk, and he would often return in his mind’s eye by painting his memories of the place. When he was 19, Chagall took up formal training at the Imperial Society for the Protection of Fine Arts in St Petersburg. But it wasn’t long before the strict rigidity of the programme began to feel too stifling and restrictive for his active imagination.

It was a close friendship with the Russian artist Leon Bakst that really sparked Chagall’s interests, particularly when Bakst introduced Chagall to the wild and wonderful world of the Parisian avant-garde. Financial sponsorship allowed Chagall to move to Paris in 1911, but he was still desperately poor – some say he would paint naked so he didn’t ruin the only set of clothes he owned, and that he often had to survive on only half a herring a day. Despite the hardships, Chagall was endlessly prolific, producing reams of paintings in his mad-cap, whimsical brand of Surrealist Expressionism. 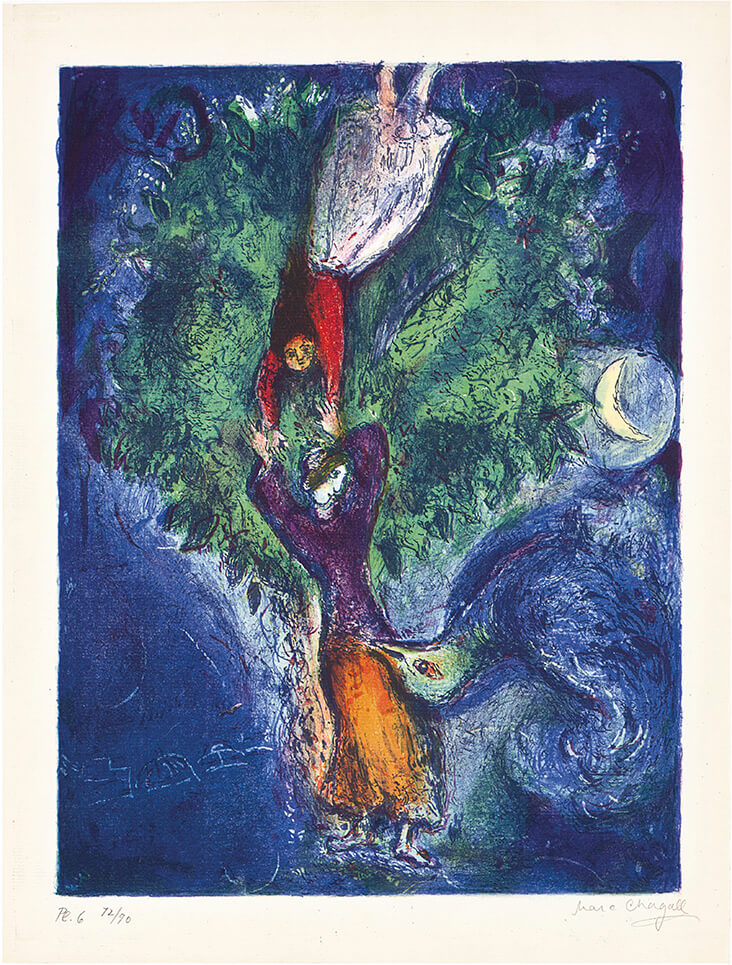 When war broke out Chagall fled back to Russia, where he married the love of his life, Bella Rosenfeld, and they remained here under the shifting climate of the Bolshevik Revolution. In 1922 Chagall returned to Paris with his wife and their young daughter, but it was a changed landscape, and he often faced anti-Semitic discrimination. Art was his means of escaping the turmoil and dissent of the outside world, as seen in the painting L’Air Bleu (Blue Air), 1937, with its dreamy, mystical atmosphere. Intoxicating indigo blue sweeps across the sky, the nocturnal hue of sleep. Visions of Chagall’s distant Belorussian home unravel across the slanted ground, with houses tumbling over one another like the chaos of memory. Overhead Chagall sprinkles his playful fairy-tale fantasies that drift aimlessly through open space. “My world comes to me in a dream,” he once wrote. 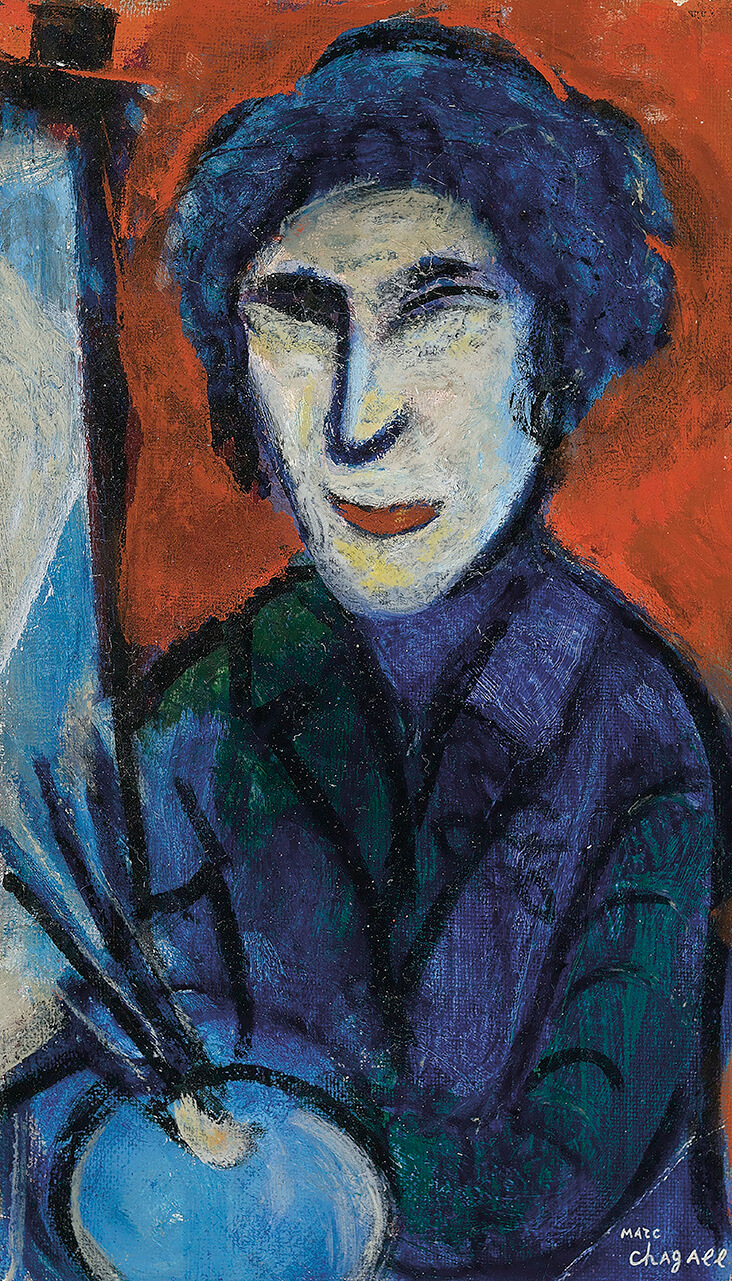 In 1941 Chagall fled Europe with his family, relocating to the United States. Sadly, he would lose his beloved Bella in the years that followed. By the late 1940s he had earned fame and financial security, and his art took on a new self-assured confidence. Four Tales from Arabian Nights, 1948 was part of a lithographic print series Chagall made in homage to the classic collection of richly layered stories in One Thousand and One Nights. Once again, night is the focus of Chagall’s imagery, conveyed with the magical darkness of deep indigo. A crescent moon blazes its white light in the background, while strange, mystical characters create a fantastical story.

Chagall often put himself in his artworks, sometimes as one of his free-floating, dream-like figures, and other times painted in a more literal way, as seen in Le Peintre (The Painter), 1948-50. Here Chagall wears the deep blue that filled the background of his earlier paintings, and it is as if he is embodying the rich intensity of this colour, and letting it seep into his very soul. Smiling with eyes closed, Chagall shows a spirit of strength and defiance in the face of upheaval and hardship, one found through the power of art.