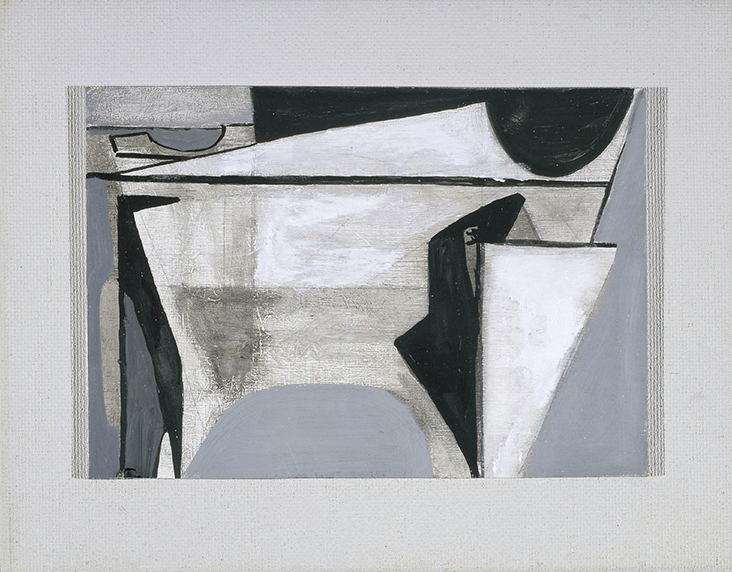 Cool, icy greys like VAPOR BLUE are a mainstay in Wilhelmina Barns-Graham’s art, capturing the freezing, oceanic air of her native Cornwall. A leading member of the St Ives artists group in Cornwall, England, Barns-Graham was entranced by the steely silver of the ocean and its surrounding rocks. She painted, drew, and printed abstract visions inspired by the Cornish landscape throughout her career, conveying the mysterious and enveloping magic of the places where land meets sea.

Barns-Graham was born in St Andrews in Fife, Scotland in 1912. Raised in a staunchly traditional household, her family tried to steer the young artist away from creative aspirations, but she would not be swayed. Against her father’s wishes, Barns-Graham gained a place to study at Edinburgh College of Art. An outstanding student, she earned a series of awards and scholarships. Following graduation, the artist moved to St Ives in Cornwall in 1940 to be a part of the emerging St Ives artist group alongside artists including Ben Nicholson and Barbara Hepworth, and she would remain here for the remainder of her career. 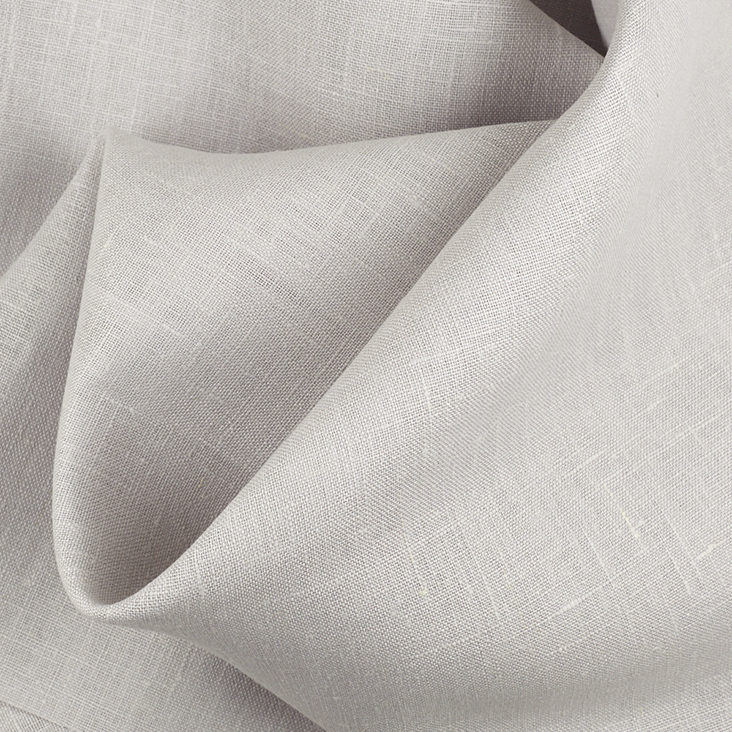 Like many of the St Ives artists, Barns-Graham made artworks that merged elements of modernist abstraction with the atmospheric qualities of the Cornish landscape. Barns-Graham was particularly taken with the craggy outlines of rocks, and in drawing them she was able to indulge in her love of meandering lines and sharp, icy shades of blue and grey. In 1948 Barns-Graham travelled to Switzerland, where she was entranced by the Grindelwald Glacier, likening its angular facets to the rock faces of Cornwall. The glacier subsequently became the primary subject in a series of artworks, including Glacier Study, 1948-9. In this expressive drawing, we can feel the rugged, jagged forms of the icy glacier crumbling apart and falling into the ocean, conveyed in crisp shades of pale, frosty grey. 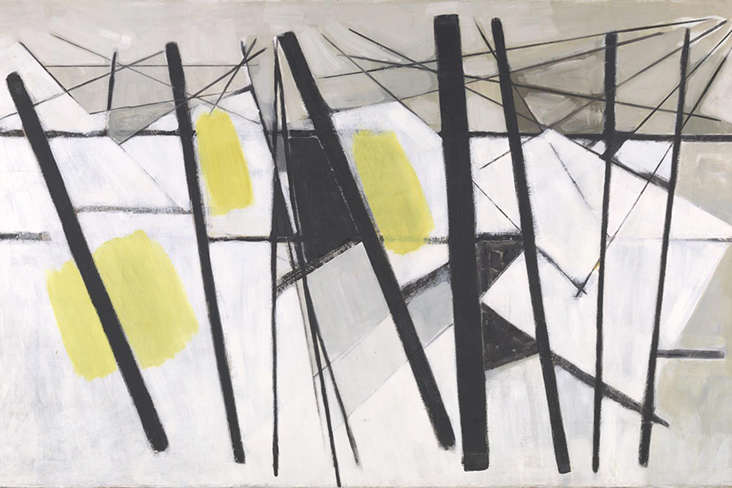 The slightly later painting Composition, February I, 1954, was made during the winter, in response to the rocks of a small, sandy cove at Porthgwarra, near Barns-Graham’s Cornish home. The work demonstrated how Barns-Graham was moving increasingly towards a more flattened language of abstraction, capturing the spirit of place through atmospheric shapes and colours rather than pictorial conventions. Describing this oscillation between realism and abstraction she wrote, “This swing between outward observation and inward perception, or vice versa, has always increased my awareness.” Frosty greys dominate this work, offset against shards of deep black, conveying the freezing air of winter February as it hovers around the crisp edges of craggy cliff edges.

White, Black and Yellow (Composition February), 1957, is another wintery February scene, conveyed with shimmering shades of silver grey that seem to shatter like shards of broken ice, while black lines criss-cross around them suggesting dynamic energy and movement. Here and there pale lemon yellow is dusted in hazy patches, just hinting at the signs of spring growth to come beneath the surface of the ice. 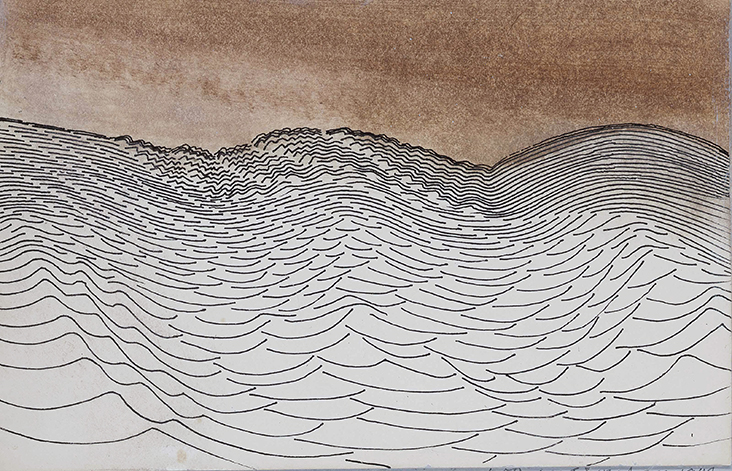 In the 1970s and 1980s Barns-Graham moved into a new series of works exploring the transient movement of wave patterns that she could see from her Porthmeor beach studio in Cornwall. Both Dialogue Between Sand and Sea, 1981 and Linear Movement, 1982, belong to this group of works, and they share similar colour schemes and compositional layouts. In the former work, a dense pattern of thin lines breaks out in a band across the image’s horizon suggesting a rippling passage of sea, while the moody sky overhead is a rich grey tinged with passages of blue, capturing its bracing, biting coldness. In the latter work, it is the sea that takes on this translucent shade of cold grey, and Barn-Graham transports us into the icy depths of the Cornish ocean, where no land can be seen, and water bobs and undulates in its endlessly moving cycle of life.