Even though embroidery has been traditionally thought of as a female craft, today we will talk about Stewart Francis Easton, a sewing gent who enjoys making unexpected work and adding an alternative viewpoint and dynamism to embroidery. His hybrid technique of mixing digital print with hand embroidery means his work blurs the lines between craft, illustration and fine art. Stewart’s work is focused on stitch and narrative using authorial illustration to create large scale embroidered panels. Using folk song and story as a starting point he weaves story-based narratives, utilizing the space of a single panel to explore time, movement and transition within his tapestry-like works, often on linen. Stewart’s method of work often involves reworking his pen illustrations, where he goes over old drawings and transfers them in stitch, making his embroidery highly illustrative.

Stewart completed his MA in Illustration and Animation at Coventry University, England. He mentions that art always “came easily” to him compared to everything else. Whilst there, he took an experimental module where he could work in any medium as long as it fit his direction of research – his main subject of interest was Folk Art at the time and so embroidery became a natural extension of experimentation. Stewart taught himself to sew out of a tiny little book with 32 different types of stitches in it; he only uses three now and doesn’t “really want to learn anymore”. 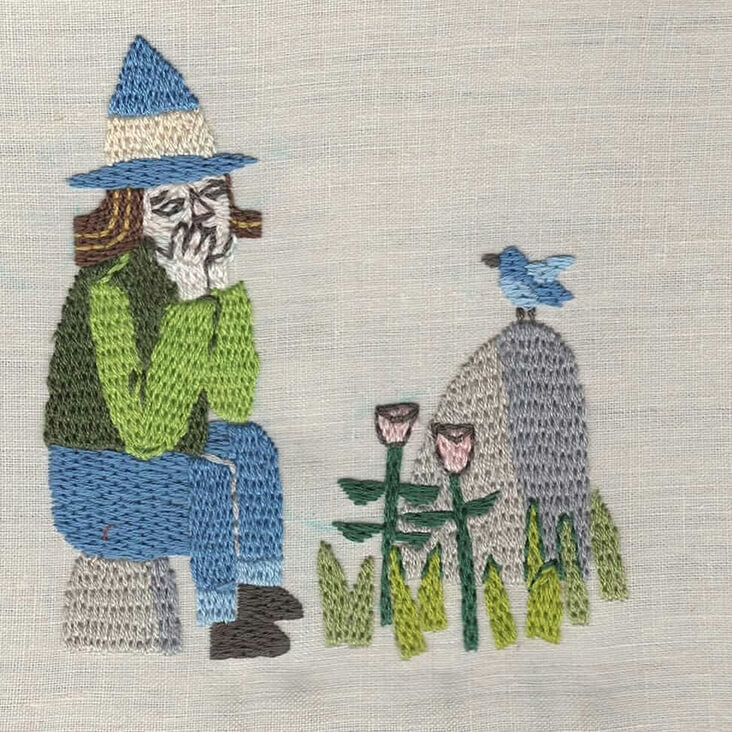 Formal concerns, such as perspective and art history don’t interest Stewart as much as tradition does- he is more concerned with the feelings which tradition evokes within him: “the maker sat stitching by the fireside; work songs and communities rituals interest me more than the social history which fed into a certain piece of work”. This is not to say that he doesn’t embrace the modern. In ‘A Winter’s Movement’, each of the individual elements were hand-drawn by Stewart and then collaged together digitally. This was then digitally printed onto fabric and finished with hand embroidery. This way of working allows Stewart to hold on to tradition, yet embrace the modern and mix different techniques.

Stewart’s openness to the modern can be seen in his collaboration with composer Michael Tanner and sound artist Gawain Hewitt to make an interactive embroidery experience. In one of the pieces, ‘The Next Verse’, Stewart’s stitch work forms a meter square of embroidery that follows the life cycle of a fictional family. Using conductive thread, which will be rigged up to a computer, the work has a single soundtrack playing throughout as well as separate pieces of music triggered when a section is touched. Once the touch is removed the new sound will fade so each consumer of the piece will create a unique soundscape and experience of the work. 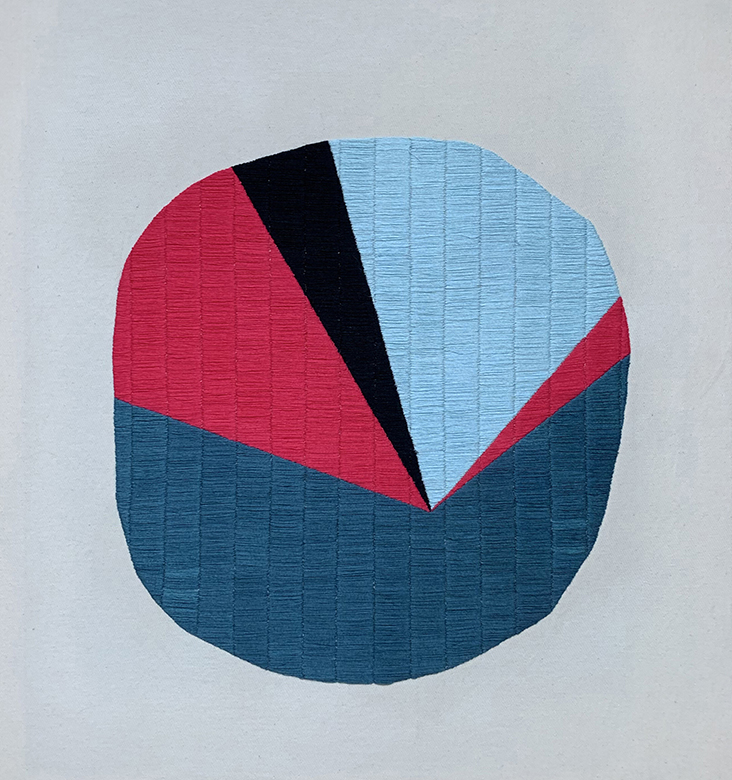 What is most interesting about Stewart’s work is his intense, intricate storytelling, which he conveys with a needle and thread. ‘A burden of bones’ is a narrative tracing the final days of Hetty Brown. On the eve of her 143rd birthday, Hetty had a premonition that she only had five days to live and so decides to exhume her husband’s bones and travel to the tree where she accepted his proposal 120 years earlier. Stewart maps this story as part of his ‘Four Tragic Tales’, four large-scale embroidery works outlining sad stories such as Hetty’s.

Interestingly, Stewart also admits that the old illustrations that provide the source material for his stitch work stem from personal struggles in life. Someone viewing the work can read between the lines and understand just what obstacles he was faced with. He also describes how his own life has influenced his work in that he “always wanted to be different and not thought of as a typical boy.’ An urge to be different, which he thinks, has subconsciously fed into his desire to use embroidery as a medium for making art. On the whole, Stewart finds that people respond positively about him being a male sewer, and thinks that more men should take up this craft. To Stewart, it’s no different to using a pen and ink and proves some of the traditional connotations of embroidery that we explored in our introduction are still prevalent. 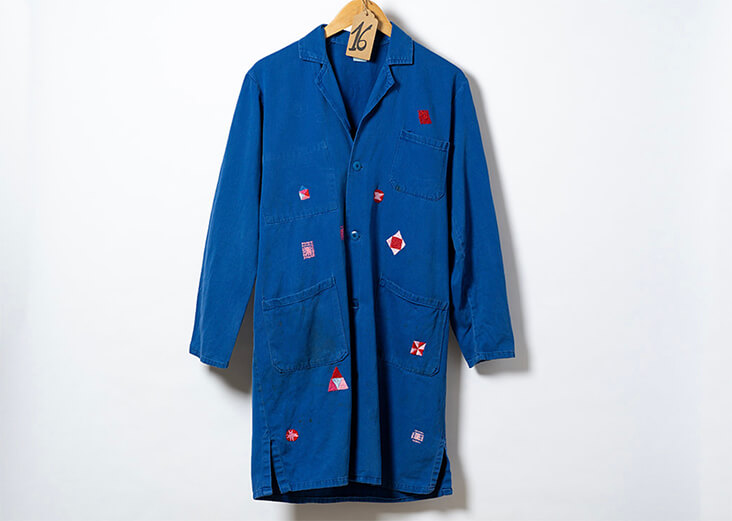 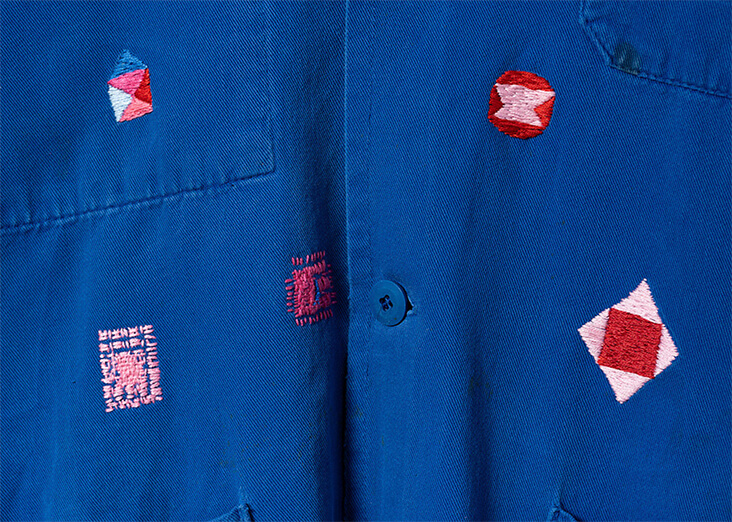 He also takes the time to absorb his own work – with the ‘Four Tragic Tales’ project, it wasn’t until almost a month had passed of the work being installed in the space that he realized he had actually wanted to make a concept album in stitch. For Stewart, “it’s the time away from the work that I get to see the different strands and links to other works be it links to my own or to others”.

Stuart’s simple approach to growing his art is to “try to make work which I would like to see myself and his advice to other artists is “find a style and a way to work which is recognizable as your own, stick with it, and allow it to grow and develop”- recognition will follow.