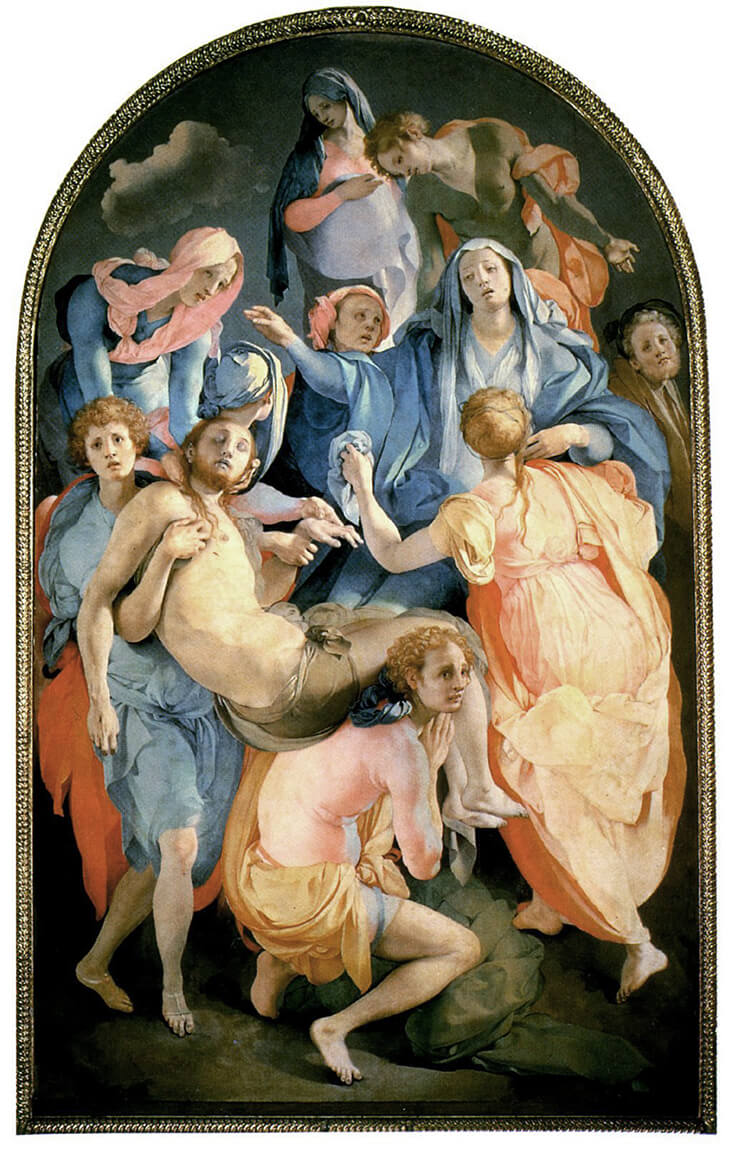 The Deposition from the Cross, 1528

Born in Pontorme, near Empoli in Tuscany, the artist’s birth name was Jacopo Carucci, but he later adopted the name Jacopo da Pontormo as an adult. Following a traumatic early childhood in which the artist lost his mother, father, and grandfather, Pontormo was raised by his grandmother, who educated him in reading, writing, and Latin. When he was nine, Pontormo was sent to live with a more distant relative named Battista in Florence. Surrounded by the flourishing art of the Renaissance from a young age, it is perhaps little surprise that Pontormo chose to pursue a career in painting. 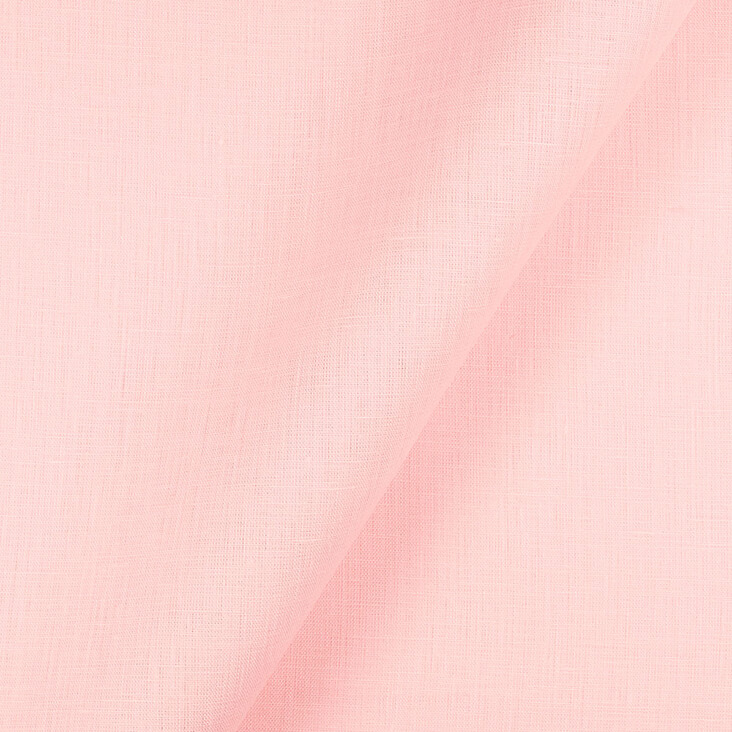 Early training began at the age of eighteen under Leonardo da Vinci, followed by Mariotto Albertinelli, Piero di Cosimo and Andrea del Sarto. Notorious for his difficult personality, Pontormo cycled through short spells with each of these masters before moving on swiftly to the next. Though this restless habit prompted ridicule from his fellow trainees, the eclectic variety of influences the precociously talented Pontormo learned at such a young age would have a remarkable impact on the individuality of his painting in the coming years.

Early works reveal the influence of del Sarto and Da Vinci, with subdued colour palettes and ordered compositions emphasising the calm serenity of the Italian High Renaissance. In Portrait of a Musician, 1518-1519, deep, chocolate rich browns bring brooding drama to the scene and allow the sitter’s ivory pale flesh to light up with radiance. The painting’s lower half is enlivened further with solid, creamy slabs of pink streaked like icing across the flat book and furniture beyond. This same pink twirls into soft, twisted rivulets around the sitter’s hands, lending his otherwise austere demeanour a deeper sensuality. 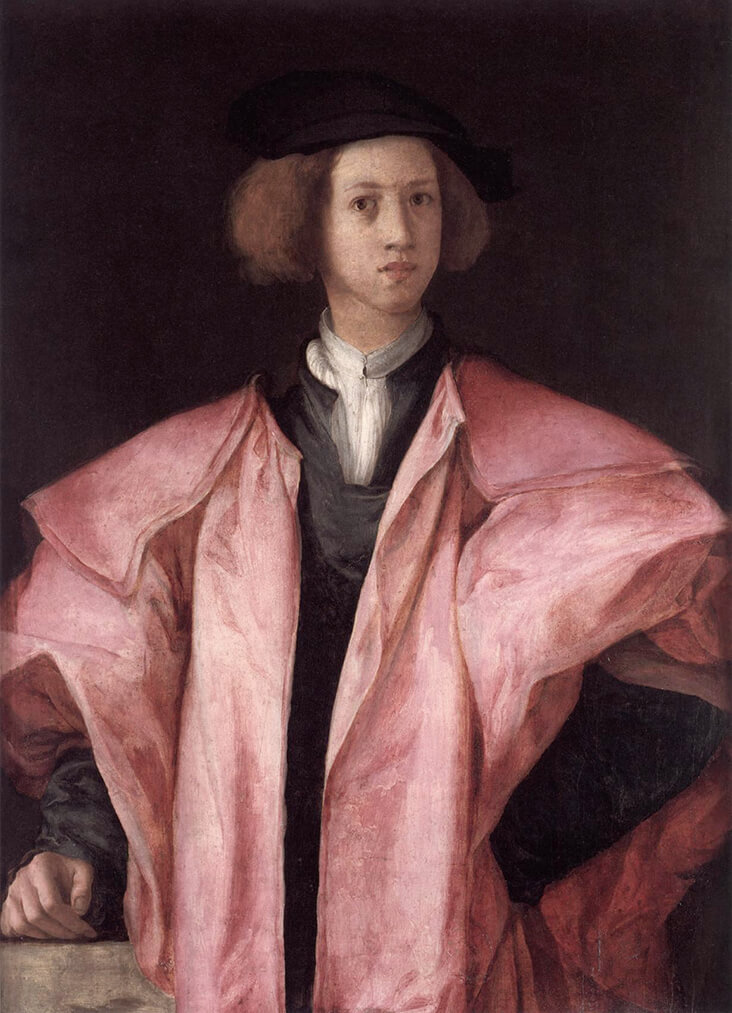 In the years that followed Pontormo earned a reputation as a leading Florentine painter, with a series of high-profile commissions that would secure his place in art history. In 1521, his reputation was cemented when the wealthy and influential Medici family hired Pontormo to create a series of vitally important frescoes and portraits. These include his intimate portrayal of the Florentine duke in waiting, in Portrait of a Young Man (Alessandro de Medici), 1526. Though a traditional portrait, the work also reveals Pontormo’s increasingly experimental approach to imagery, as tones and forms become heightened and exaggerated for dramatic effect. Fabric takes on a sculptural and theatrical life force all its own, eclipsing the modest young man beneath it. Sumptuous and decadent folds of blushing pink envelop the Medici boy like the blooming petals of a giant, fragrant rose, reminding us that his youthful innocence is just teetering on the brink of adulthood.

In larger paintings of this formative period Pontormo finally discovered the Mannerist style that would make him famous, with transient, weightless figures surrounded by dazzling displays of voluminous fabric. In the much-celebrated masterwork The Deposition from the Cross, 1528, clear, crisp colours are luminous and light, staining wispy, diaphanous drapes that swoop around an entangled mass of writhing bodies. Pale, sky blue drapes are shot apart with searing strands of peachy and candy floss pink that is as pale as the naked flesh it surrounds; these bodies and drapes melt seamlessly into one another in an endlessly flowing regenerative cycle, echoing the notions of life, death and afterlife in the timeless story they tell.