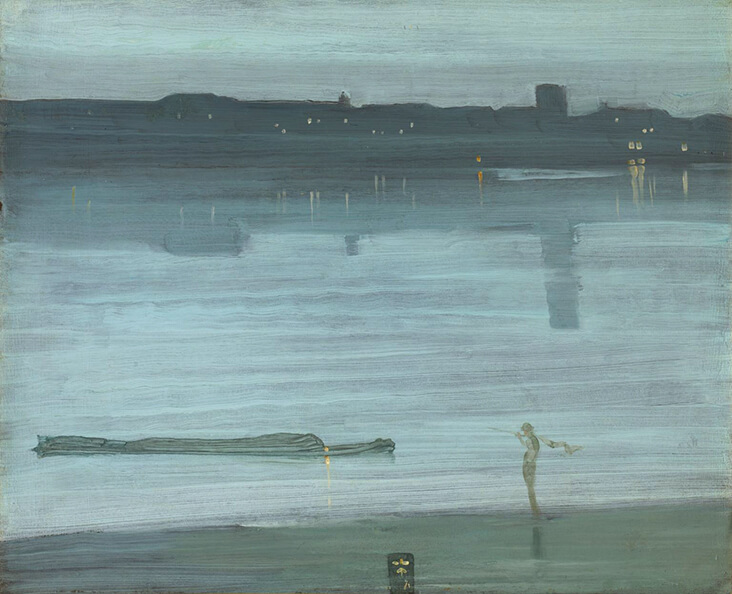 Dusk was James Abbot McNeill Whistler’s favourite time of day, when cool temperatures and dwindling light turned colours into an ambiguous, enigmatic haze. Nuanced shades of blue and green like that of TURQUOISE Linen allowed him to convey this bracing evening light as it stretched across misty skies and open expanses of freezing water, merging the two into one. A leader in the aesthetic movement of the 19th century, Whistler blended music, poetry and art together in these tranquil, mesmerising scenes, writing, “As music is the poetry of sound, so is painting the poetry of sight.”

Though Whistler would come to make his name in Paris, his life took several twists and turns along the way. Born in Lowell, Massachusetts in 1836, his family moved to St Petersburg when Whistler was 9 years old, where his father worked as a civil engineer on the railroad into Moscow. It was here in Russia that Whistler first took up art classes, and his precocious talent was soon spotted by his teachers, who nudged him in the right direction. Following his return to the United States, Whistler never truly settled back into the American way of life. By 1855 he had relocated to Paris, banding together with two of the city’s most rebellious Realist painters Henri Fantin-Latour and Alphonse Legros, who called themselves a Société des Trois. Whistler’s art reflected the rising trend for painting en plein air, trying to capture sights and sensations of real life on canvas. 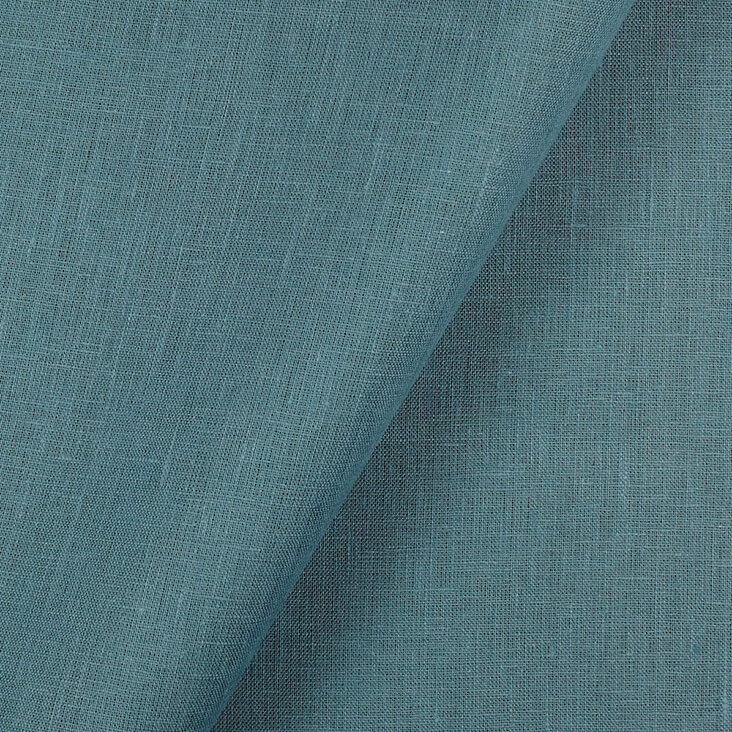 Throughout the early 1860s, Whistler lived mainly between London and Paris, while he made painting trips to Brittany and Biarritz with the Realist painter Courbet, who invested in his young protégé a love of the sea. In 1866 Whistler made a visit to South America, where he witnessed the Spanish bombardment of Chile’s principal harbour. His painting Crepuscule in Flesh Colour and Green: Valparaiso, 1866, conveys British, French and American defence ships retreating in defeat from the Chilean harbour, but the dramatic tension of the story is overshadowed by the huge expanse of undulating, turquoise blue water that gently ripples in and out of the light. Misty air rises from its surface, casting boats into an indistinct haze across the horizon.

By the late 1860s, Whistler had settled in London, where the River Thames would become his most enduring subject. Moving to work increasingly from memory, Whistler’s paintings became ever more simplified and mysterious, conveying watery scenes with thin, fluid washes of wet paint in cool blues, greys and greens that slowly bleed into one another. Nocturne: Blue and Gold Old Battersea Bridge, 1872 captures the sleepy city on the brink of nightfall as a foggy haze of dark aqua blue. The once totemic bridge is muffled into a shimmering grey mirage, while golden lights twinkling in the distance sprinkle his scene with magic. Nocturne in Grey and Silver, 1873 captures the mystical wonder of deeper nightfall across the city as bands of indistinct colour bleed together into near abstraction. Amidst a sea of freezing greens and blues the faintest hint of golden light blinks in the distance, a faint reminder of the disappearing city far beyond. 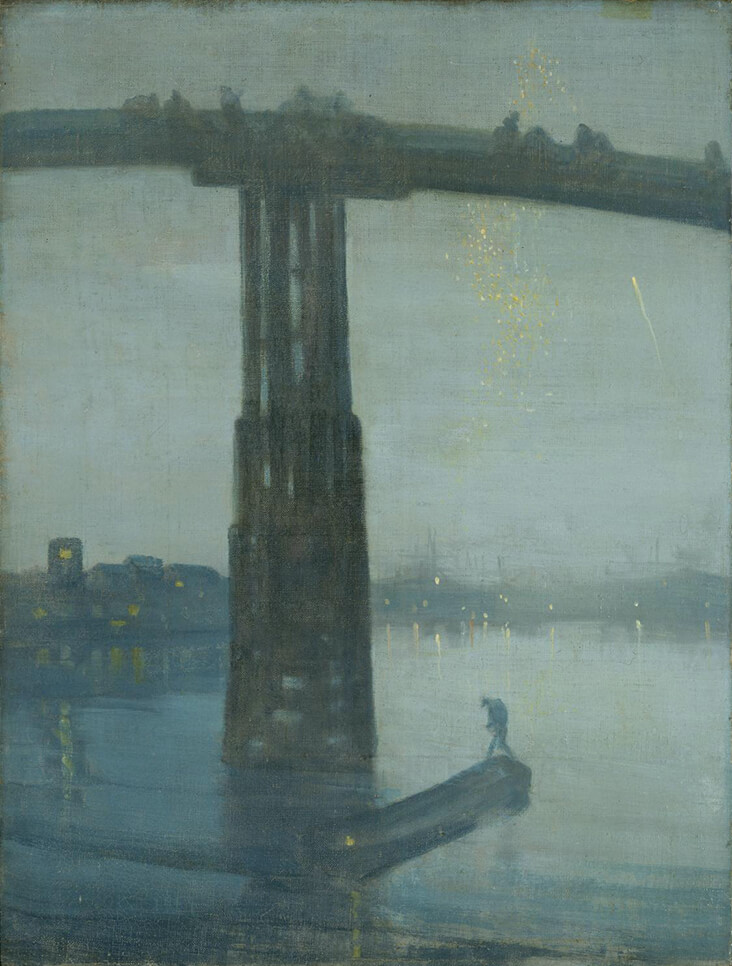 Nocturne in Black and Gold: The Falling Rocket, 1875 is perhaps one of Whistler’s most revolutionary paintings, one which caused a public sensation with its rough, rugged surface and rejection of painterly tradition. Sparks fly across a midnight blue sky, lighting it up with dazzling brilliance in dots and splashes of red and yellow. A streak of turquoise water sweeps in before it, glistening with transfixing, watery light before slowly disappearing into the darkness of night.