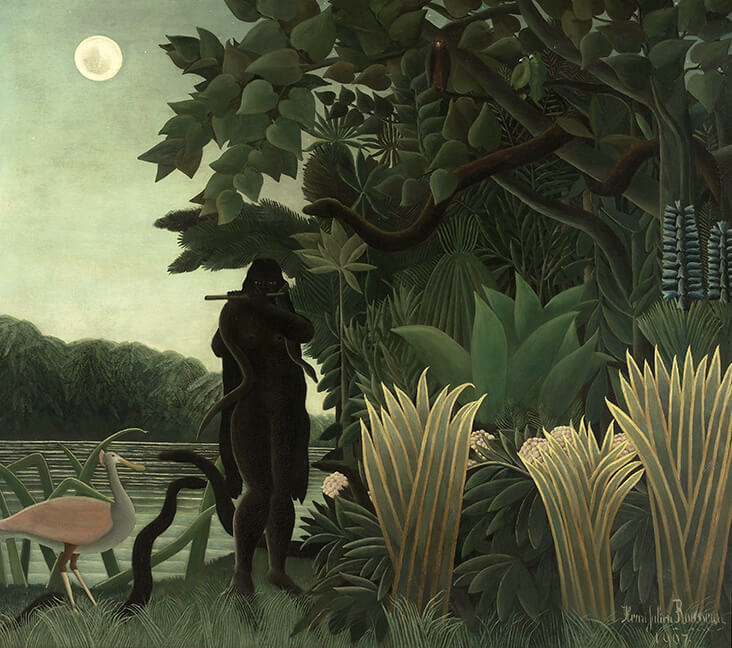 Dense networks of green unfurl across Henri Rousseau’s tropical paradise, colouring grasses, plants and leaves with the juicy vibrancy of life. But with the richly enigmatic jewel tone of EMERALD Linen he creates mysterious pockets of darkness, where magic and danger lurk in the shadows. Rousseau never left France, so his mystical jungle scenes are entirely imagined, but he made frequent visits to the Parisian hothouses, the natural history museum and the zoo, places that lit up his imagination with visions of another time and place. Describing the transformative power of the Parisian gardens he wrote, “When I step into the hothouses and see the plants from exotic lands, it seems to me that I am in a dream.” 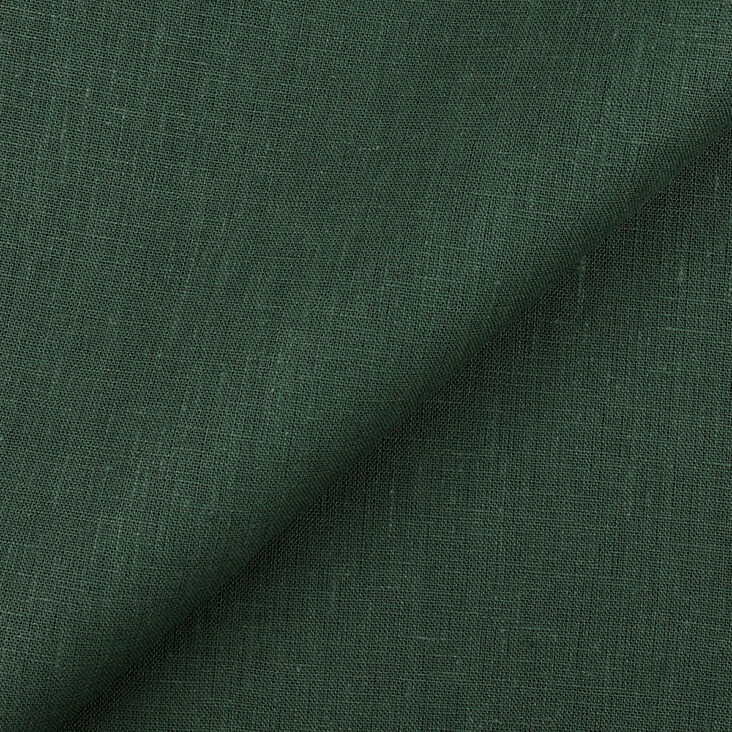 Born in 1844, Rousseau came to painting later in life. He claimed his first serious drawings were made at the age of 40, in 1884, while he was still working as a customs officer in Paris. Moving into painting in the years that followed, Rousseau’s style shifted from strict, academic copies of the old masters in the Louvre to an adoption of Impressionist fleeting brushstrokes, revealing his mutual fascination with both tradition and modernity. But by the late 1800s, Rousseau had found his signature style; hot and sweaty jungles spilling over with lush, fervent plant life and strange, exotic characters in the undergrowth.

Although he exhibited with the Society des Independents regularly in Paris, success and recognition came slowly to Rousseau. It wasn’t until the early 20th century when wider European fashions turned towards all things ‘primitive’ that Rousseau’s jungle scenes truly caught on. Many young artists admired Rousseau’s fantastical language as an escape from the gritty realities of industrialised society, including Pablo Picasso, Georges Braque, Robert Delaunay and they, too adopted similar tropes in their own art. Through their friendships, Rousseau was able to find enough success to quit his job and take up painting full-time in his late 40s. 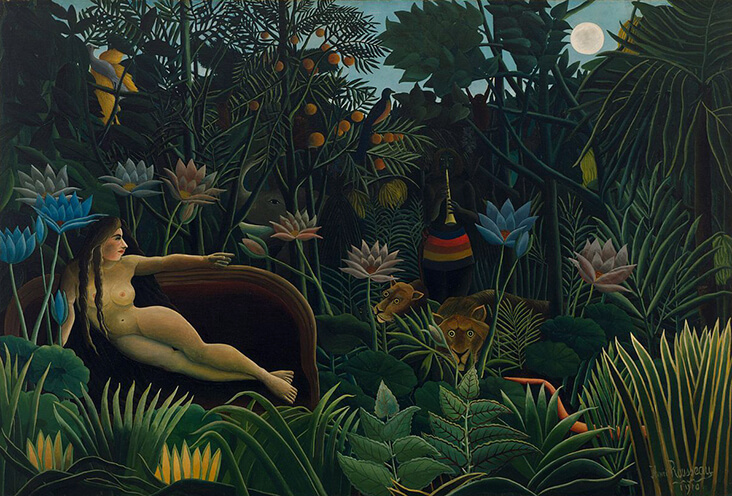 The Snake Charmer, made in 1907 is one of Rousseau’s most popular and celebrated paintings. Against a moonlit evening sky a mysterious female figure charms black snakes with her magical flute, enticing them out from the shadowy leaves of the overgrown forest. Other animals including bats and birds are just visible, hiding within the dark green depths of the leaves as if waiting for nightfall to descend.
Made three years later, Tropical Landscape, 1910 takes us right into the heart of the jungle, where leaves and plants soar high overhead. Foreground leaves in pale, minty tones catch the light, while descending darkness from the setting sun casts forest depths into an enticingly glossy dark green. Two wrestling creatures are as tiny as insects amidst an unimaginably vast landscape, reminding us how insignificant the fight for survival really is amidst the vastness of the universe. 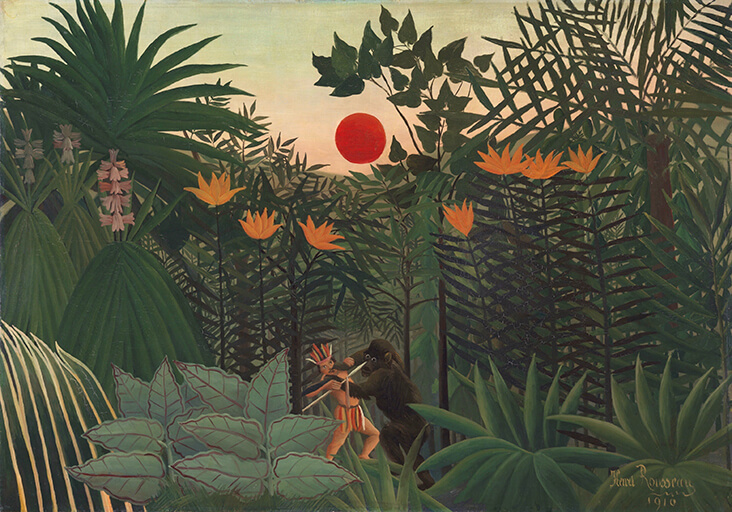 In his iconic painting The Dream, 1910 the evening jungle is a sea of undulating dark greens that weave in and out of the moonlight. In these murky depths, fantastical creatures slowly emerge from the shadows, catching our eyes with the penetrating, hypnotic stare of a prowling hunter. A reclining Venus looks on, as if watching her own dream beginning to unfold. The impending violence or threat of Rousseau’s earlier paintings comes to a head in Horse Attacked by a Jaguar, 1910. In the spotlit centre, the scene is punctuated by an act of violence as two animals perform the ultimate fight for survival. Angry green leaves spike outwards around them, mimicking the drama of the story by sweeping wild energy across the ground and into the air. Around them fleshy leaves form totemic structures against the vivid blue sky, silhouetted into the deepest, richest shade of earthy green.