The Doublet: An Essential Piece of Fashion History. 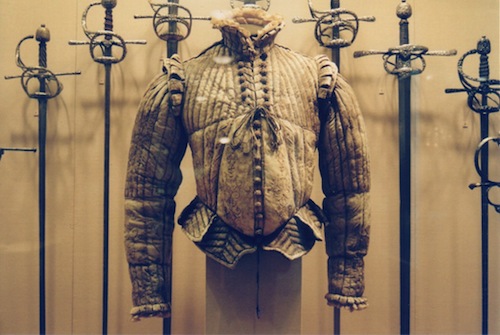 Fencing Doublet. 1580.
The Doublet jumped into the fashion scene around the middle of the 14th century.  We are turning our attention to this article of clothing today to examine its essential role in fashion history.

Doublets were worn for over 300 years and considered a staple in menswear.  Although the shapes and cuts changed over time, they continued to be worn for roughly the same purposes.

We will cover the evolution of fashion throughout this period by focusing on this single article of clothing.  Learning about the doublet is a great way to: 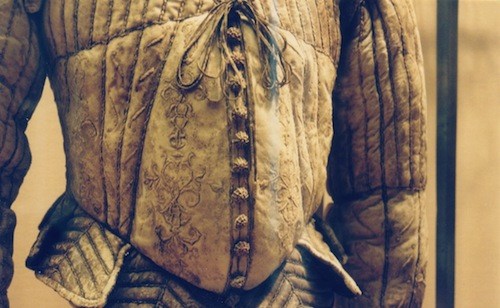 What is a doublet?

Doublets were worn in Western Europe from the Middle Ages until the mid-17th century.  Men wore these snug-fitting buttoned jackets over a shirt or drawers.  It was fitted and shaped to the body and extended to the hips or waist.

Around this time, men’s clothing was becoming increasingly more tight-fitting.  For this reason, it made sense that a garment that essentially reshaped the male body grew popular.  The doublet shaped the male form slightly to fit the contemporary ideals of the time.

The most recognizable feature of the doublet was the egg-shaped or pigeon-breasted figure it produced on its wearer.  The roundness of this garment varied over time, from a more exaggerated shape in the late 14th century, to a more flattened style into the 15th century.

Although, not as extreme as the corsets worn by women; this is another example of a garment producing desirable notions of beauty to the body.  In fact, a common feature of the corset, called a stomacher, was included on later doublet styles.  This decorative panel was added onto the front for purely fashionable, not functional, reasons. 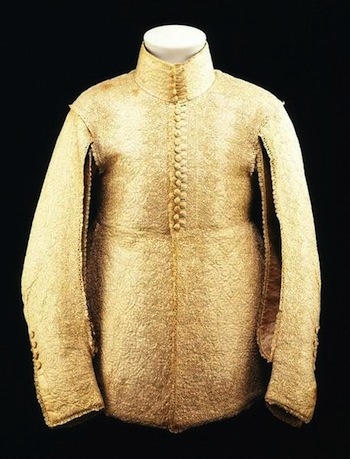 Doublets were originally not much more that some quilted lining worn to prevent bruising and chafing from abrasive outer layers.  The doublet soon became an essential piece of a man’s ensemble, and was worn under a gown, mantle, or overtunic. The main fabric used for the construction of a doublet was either linen, wool, or a brocade (generally woven with silk).

Throughout its presence in fashion history, the main purpose of the doublet remained the same.  Naturally, the style and cut changed over time, becoming more elaborately designed.

What were the primary reasons a doublet was worn?

The first, was to give the body a fashionable shape.  This function of a doublet was achieved through strategically placed padding and by constricting certain areas.  A doublet also provided its wearer with warmth due to its padding, insulating fabrics, and interlinings.  In addition, a doublet helped support the hose worn by men.  Eyelets or ties were included on the doublet, which were then tied to the hose. 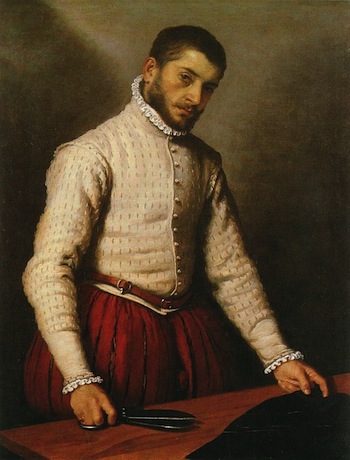 Doublets, sometimes referred to as pourpoints during this century, tended to be collarless with tightly fitted, full-length sleeves.  Fashionable doublets worn towards the end of the century had low standing collars.  Hose were also attached to the doublets through the use of ties.  A skirt extended from the doublet and was made from the same cut of fabric.

From the late 14th century, the egg-shaped or pigeon-breasted silhouette was in favor, until a flatter natural fit became a more suitable style.

This is the time when more sophisticated doublets started to appear.  Although in the beginning of the century, doublets were fairly similar throughout Europe; regional differences soon emerged.  Certain styles and features developed that were regionally specific.

Better fits and cuts are evident during this period; resulting in noticeable changes in the appearance of doublets.  Doublets were still worn with a cut that included a skirt, but, as sewing techniques advanced, the skirts became separate pieces. 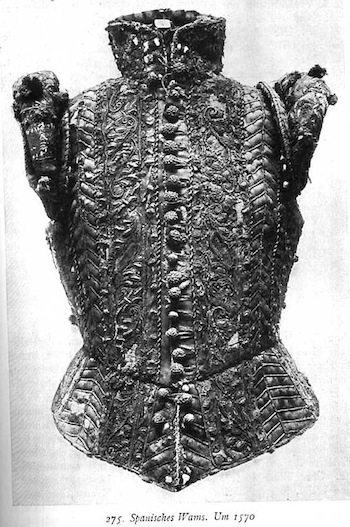 The padded body remained fashionable during this period, but the overall shape of the doublet changed to that of an inverted cone. 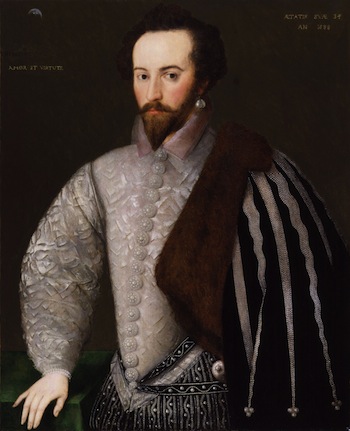 The Tudor period maintained the close fit of doublets with tight sleeves, but with longer skirts.  Surface decorations such as, embroidery, pinks, slashes, and applied braid were also common of finer doublets.

The early Elizabethan period marked the rise of the heavily padded belly which produced the “pouter pigeon” or “peascod” silhouette.  This resulted in a rounder, protruding stomach region that was surprisingly favorable at the time.  At the shoulders, decorative wings or tabs disguised sleeve attachments.  To cover the attachment for hose or breeches, short skirt-like coverings were included.

As the end of this century approached, padding slowly went out of style again in exchange for a close-fitting doublet with a deep V-waistline. 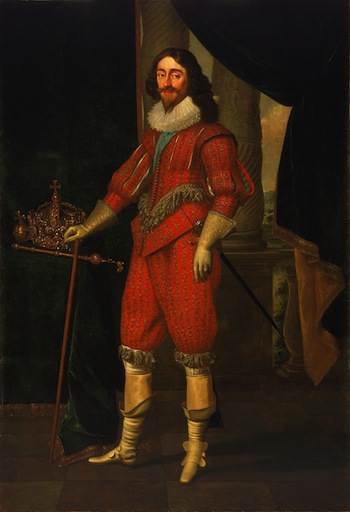 Portrait of King Charles I, Daniel Mytens the Elder, 1629.

The inverted cone shape remained in style for the first half of this century, but with a new, higher waistline.  Sleeves were usually full and slashed to reveal the shirt beneath, and later paned or slashed with a snug forearm.  Breeches were kept in place with decorative ribbon that were laced through eyelets and tied in elaborate bows.

Eventually, knee-length coats were worn over a waistcoat.  The waistcoat become increasingly more popular, mostly to do the influence of Louis XIV of France and Charles II of England.  Long coats, accompanied with a waistcoat and breeches became the new style and eventually replaced the doublet entirely.

*Tell us what you think about doublets and their role in the evolution of fashion.  Please feel free to leave us a comment or visit our Facebook page!

Other posts by Nicole Novembrino