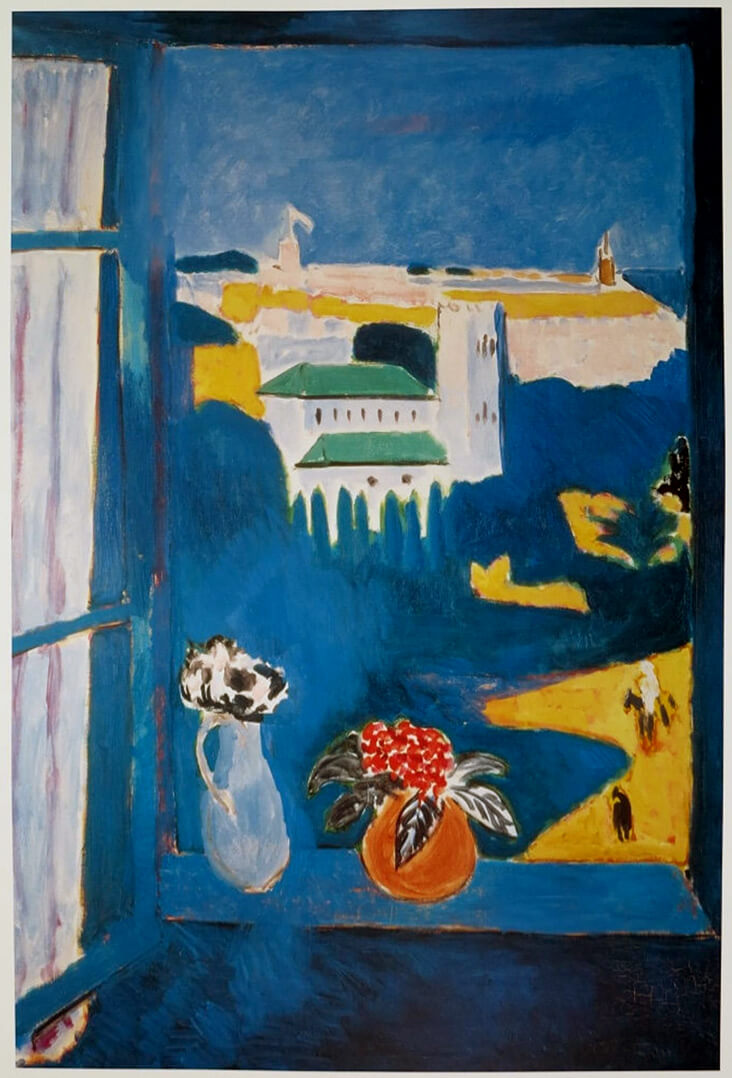 Of all the places Henri Matisse visited in his long and prolific career, Morocco was the one that had the most lasting, enduring impact, colouring the art he made for the rest of his life. He made two trips to the ancient city of Tangier from 1912 to 1913, both of which profoundly affected him in ways he could not have foreseen. While there, Matisse painted a whole series of interior and exterior views in Tangier that were positively drenched in MOROCCAN BLUE’s entrancing shade, conveying the mysterious, sparkling wonder he discovered in this place so far from home.

Matisse made his first visit to Tangier in January 1912, staying at the Hotel Villa de France. Torrential rain coloured his first week here as he gazed listlessly out of the window. ”Shall we ever see the sun in Morocco?” he wrote to his friend Gertrude Stein. But when the sun finally came out, the entire place was transformed. Matisse was dazzled by vibrant and fertile landscapes, and the indulgent patterns and colours that adorned buildings, interiors, and people as they walked by. So much so, the traditional fabrics, art and architecture of Morocco came to influence Matisse for the rest of his career. 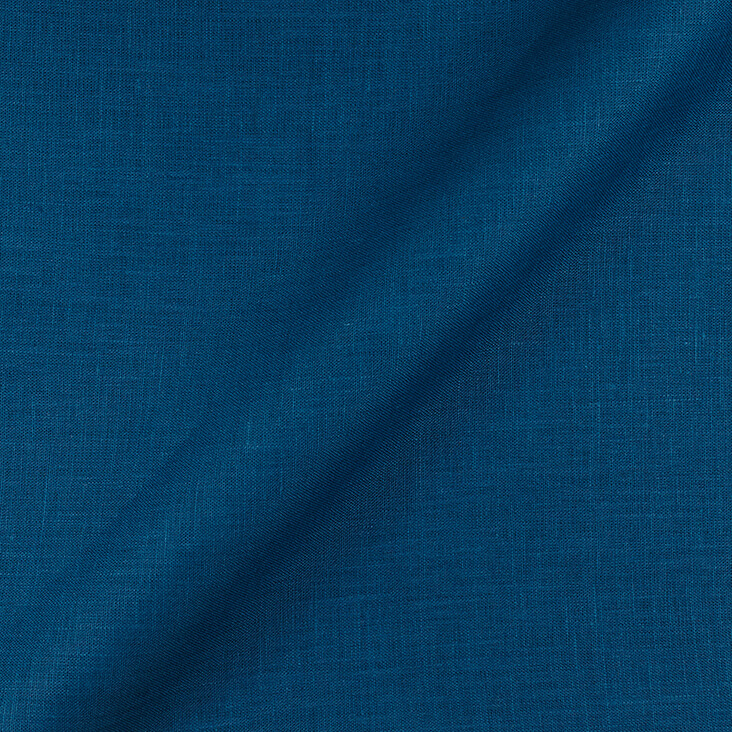 When he first began making paintings in Tangier, Matisse was determined not to convey a sentimentalised, touristy view of the ancient Moroccan city that Western artists of earlier generations had once painted. Instead of painting idealised models and vast topographical scenes, he painted dusty streets, dimly lit interiors, quiet corners and intimate window views, conveying his day-to-day experiences in this strange and unfamiliar new landscape. But most of all, Matisse painted the glorious light of Tangier, with its clear, crisp shadows, stark contrast between light and dark, and brilliant passages of crystalline colour. The distinctive light and colour of North Africa moved Matisse so much, it drove him to create some of the most inventive designs of his career so far.

In Window at Tangiers, 1912, Matisse paints the sunlit view out from his hotel window and on to the sunlit city beyond. The entire scene is awash with entrancing shades of dark blue that form dense areas of shadow from inside to out. Matisse couples this mesmerising deep blue with crisp, sharp accents of pale yellow and white, a high-keyed contrast that makes the tips of buildings and meandering shoreline seem parched by the blinding white sun. Through paintings like this one Matisse edged closer to a pared back and increasingly abstract language of light, shadow, shape and tone, one that would occupy him for the rest of his career. 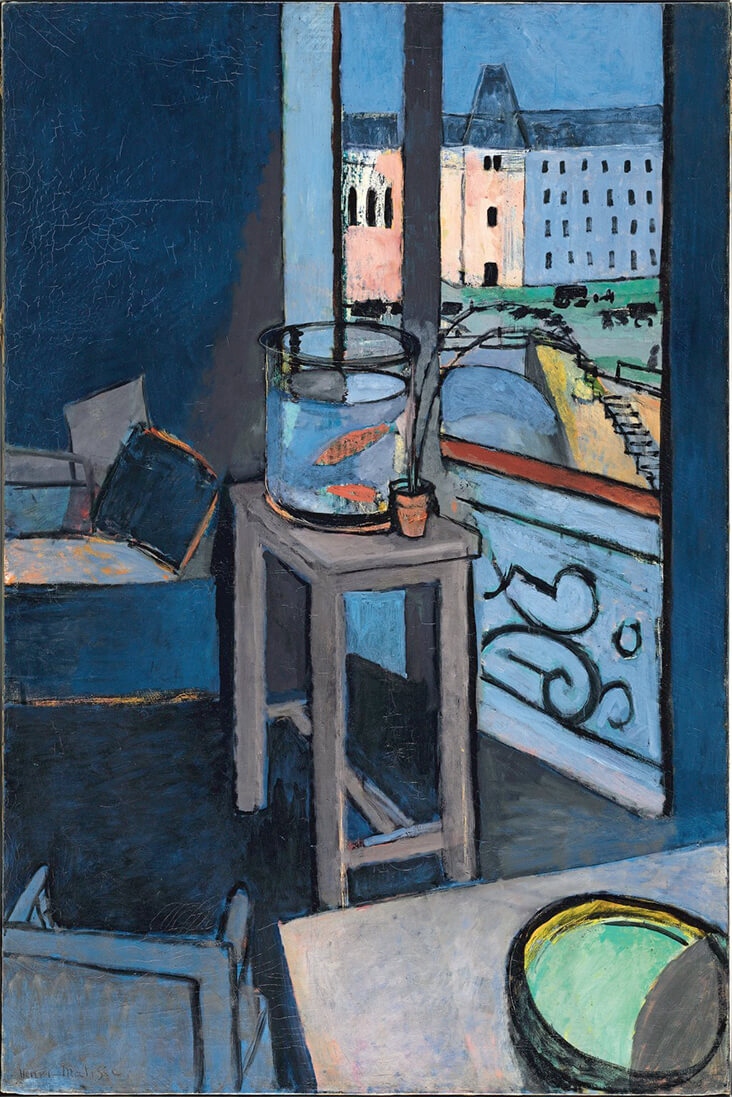 Made during his second visit to Tangier from 1912-13, Matisse’s painting Entrance to the Kasbah, 1912 is one of three similar artworks capturing the key-hole-like entranceway to the ancient Moroccan mosque. While Matisse was undoubtedly fascinated by the ornate curvature of the architecture, it was the luminescent light and colour that really fired up his imagination. Much of Matisse’s scene is drenched in iridescent blue light, obscuring the mysterious figure hidden behind the darkened entranceway. Meanwhile, the floor below is a searing hot passage of bright red that seems to catch and harness the blazing sunlight from the sky overhead. Matisse adds accents of creamy white here and there, igniting his otherwise shadowy interior with pools of golden light.

In the years that followed Matisse brought the vivid, saturated colours of Tangier back with him to France, allowing them to forever colour his art. Matisse made the painting Interior with Goldfish, 1914, in his home studio near Paris, just a year after returning from Morocco. We can still see the magic of Morocco in this artwork, which is drenched in the same mesmerising dark blue shadows, and accents of brilliant, bright light.