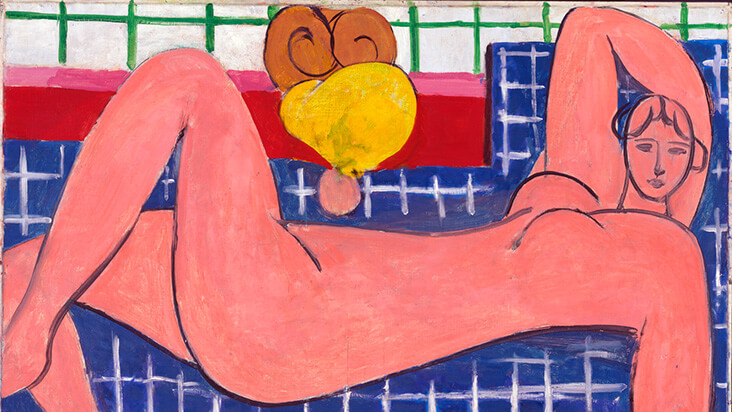 Henri Matisse adored blue. It cropped up in almost all his paintings, not as pale, distant backgrounds, but as bold, punchy, and in-your-face colours like DEEP ULTRAMARINE Linen. Sometimes he sprinkled the colour like jewels in amongst a sea of reds, other times allowing brilliant shades of blue to entirely dominate the canvas with a saturated intensity. He was the ultimate colourist, devoting his life to the creative interplay of decorative hues and tones of his own imagining. “Colour exists in itself”, he observed with curious wonder, “possessing its own beauty.”

Matisse was born in Le Cateau-Cambresis in Picardy, France in Northern France in 1869. He was raised in the nearby Bohain-en-Vermandois, an area famous for its luxurious fabric production. Although he had little exposure to art, Matisse’s earliest artistic inspiration came from the textiles of the area, with their dazzlingly bright hues, and it is these colours of his youth that he would return to again and again throughout his career. 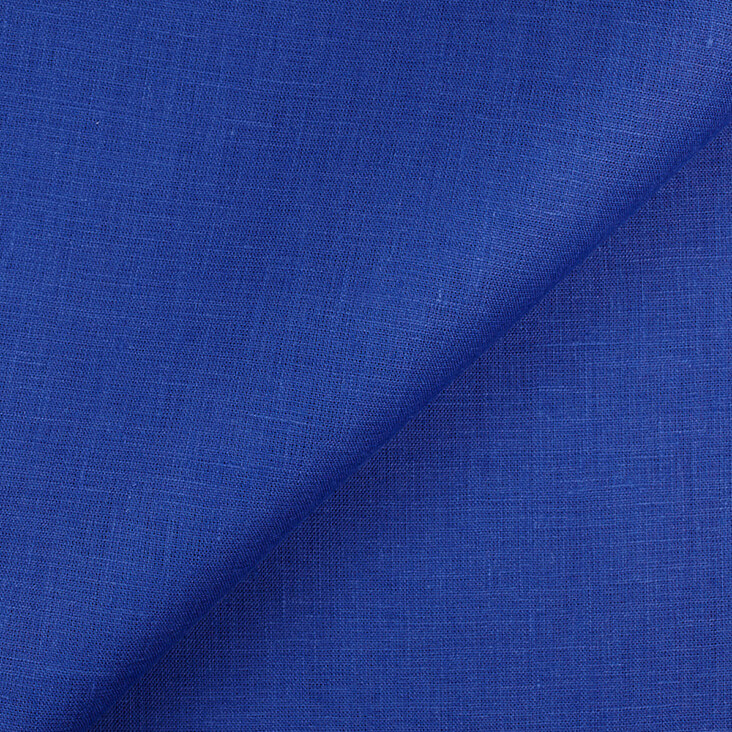 After beginning to study law, Matisse diverted to painting, studying fine art at the Academie Julian, followed by the Ecole des Beaux Arts. During this time he was taught by Symbolist painters Gustave Moreau and Odilon Redon; both showed him how to imbue emotional resonance into his art through the careful and considered application of colour. Blue was a recurring shade in Symbolist art, with its intoxicating invocations of night and the land of dreams, and his early exposure to these ideas profoundly shaped Matisse’s art.

Matisse’s breakthrough period came in 1904 and 1905, when summer trips to the South of France inspired him to paint with intensely rich, brilliantly bold colours. He and several contemporaries including Andre Derain and Maurice de Vlaminck shared a fascination with frenzied, energised brushstrokes and clashing colours squeezed out onto canvas straight from the paint tube. Together they became known as “Les Fauves,” or “The Wild Beasts.” 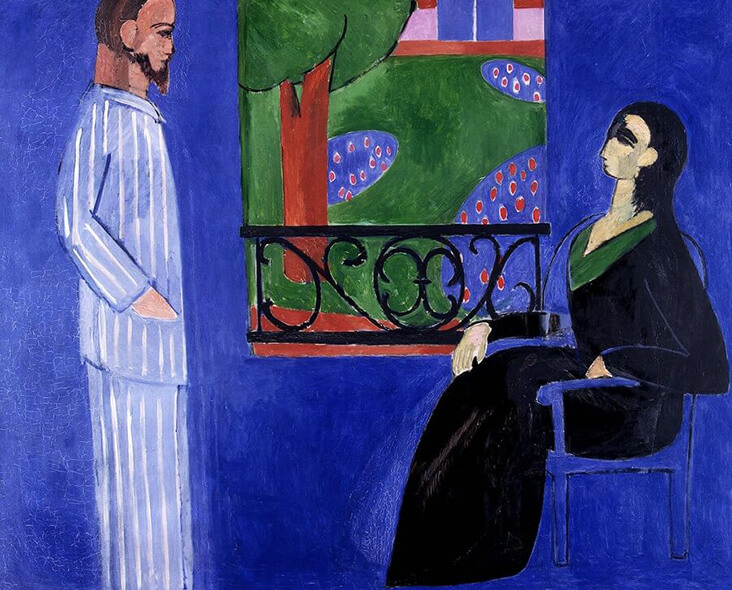 Throughout the rest of his career Matisse retained this fascination with bright colour, calling his artistic process, “construction by coloured surfaces.” In the early painting The Conversation, 1909, Matisse portrays himself and his wife in their French country home, stiffly facing one another while a sea of deep blue air hovers around them. Matisse simplifies and abstracts reality, foregoing traditional perspective for flattened shapes and patterns that jostle against one another, including the stripes of his favourite pyjamas and the blocky green garden beyond, peppered with tiny splashes of red flowers.

A similar style can be seen in the slightly later Cyclamen Pourpre, 1911-1912, a humble interior still life that is completely reimaged through the bold experimentation of pattern and hue. Matisse transforms a flat tabletop with an eye-popping shade of ultramarine blue, a shockingly bright colour that is continued into the background beyond. Onto its surface, fleshy green leaves and purple flowers unfurl, and a searing orange pot jumps into view. 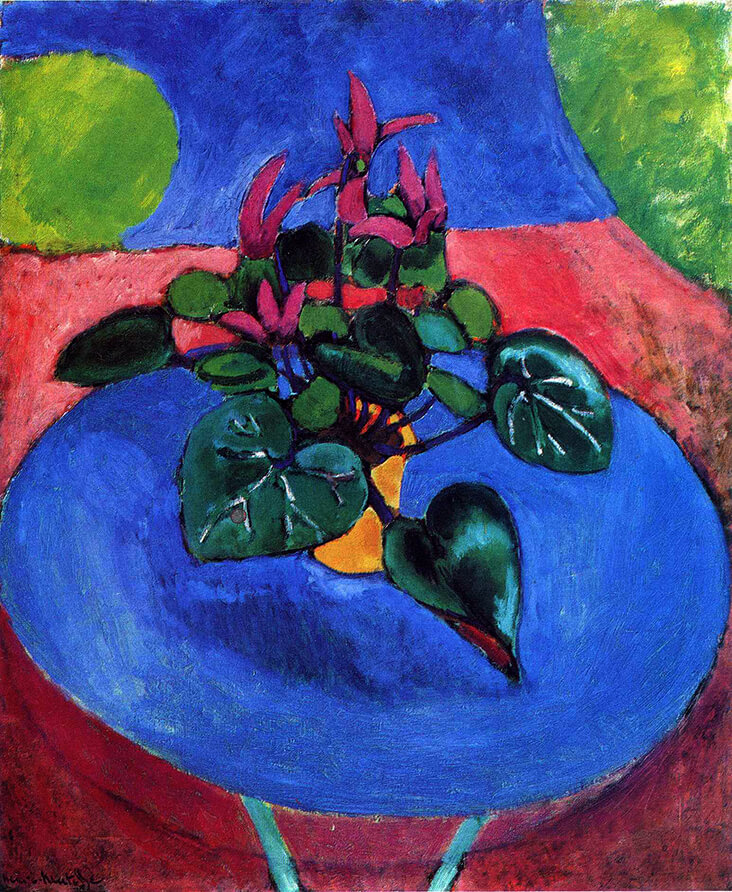 Travels throughout Morocco undoubtedly encouraged Matisse to experiment further with the joyous effects of art’s fundamental, decorative elements: line, shape, colour and pattern. And, of course, blue was a vital ingredient. In Moroccan Landscape, 1913, blues dominate the scene, forming puffs of mysterious background mist, and blooming in saturated pools across the jungle floor. The dominant tree is a streak of rich lilac, surrounded by wild jungle plants in zesty apple greens and deeper shades of olive. This lively, spirited painting demonstrates just how much Matisse enjoyed the rich interplay of tactile tones, echoing the pleasures he found in the textiles of his youth. “What I dream of is an art of balance, of purity and serenity, devoid of troubling or depressing subject matter,” he wrote, “…a soothing, calming influence on the mind, something like a good armchair.”