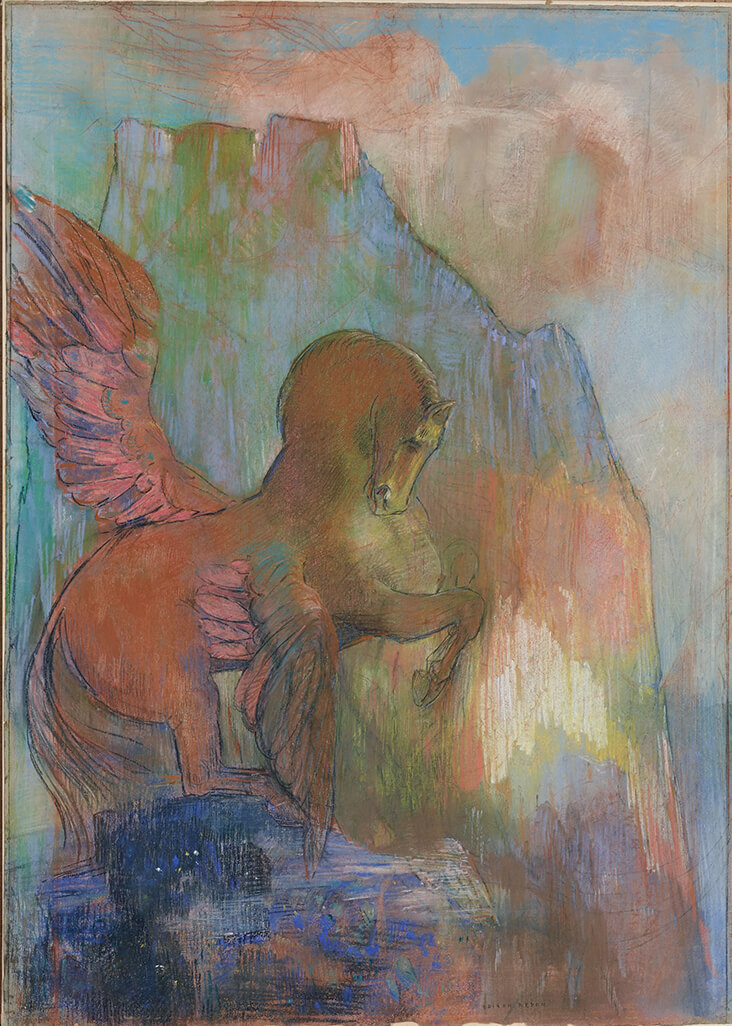 ARCTIC linen’s dark turquoise is loaded with associations, from the azure blue of a sunlit sky to the slippery surface of still, frozen water. Artists throughout the centuries have embraced this sharp, icy colour for its ability to bring passages of crisp cold freshness into their art. But there is also a deeper, emotive potential hidden inside this hypnotic shade of blue, a secret weapon which has the power to invoke dreamy, mystical and escapist states of mind. Three artists – Odilon Redon, Edvard Munch and Paula Rego – have all opened up the magical and transformative properties of this colour, and the ways it can interact with and enliven the colours around it. 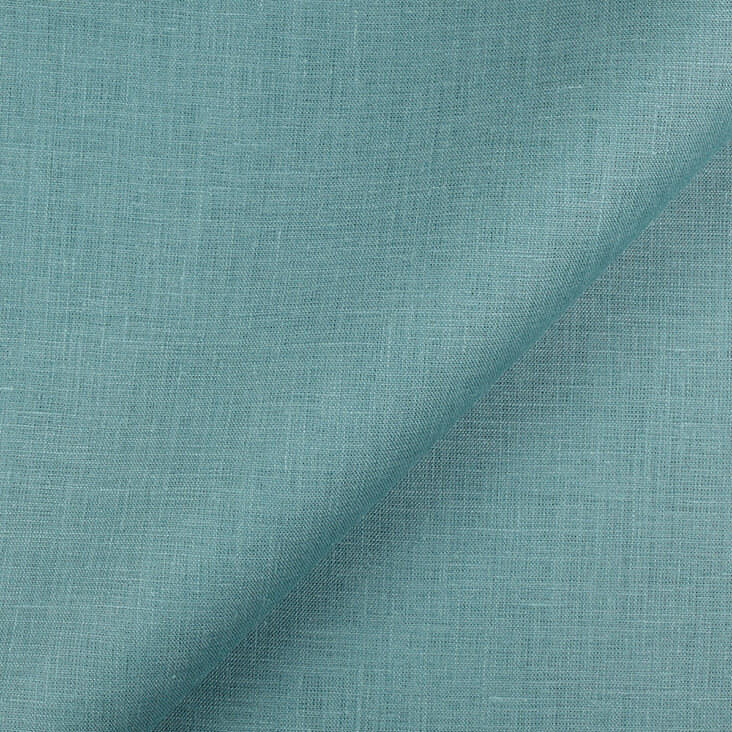 French Symbolist painter Odilon Redon was fascinated by the spiritual properties of colour, and his avid, inventive imagination led him down all sorts of creative pathways. Redon often drew and painted fictional, mythological subjects, including flying horses, fairies and nymphs, set in mystical, dream-like scenery. He invoked otherworldly places through intense patches of saturated colour, particularly fresh cool blues like ARCTIC linen. Paul Gauguin said of Redon, “He is a dreamer, and imaginative spirit.”

In Redon’s pastel drawing titled Pegasus, 1900, he imagines the mythological winged horse reaching its wings out before a steep, craggy mountaintop. Turquoise blues are blended in expressive strokes here with rose pinks and coral peaches, invoking the ethereal light of a dream. In Redon’s later painting Apollo’s Chariot (Le Char d’Apollon), 1912, he portrays the Greek god of light and poetry riding sun horses into an endless azure blue sky, while fantastical butterflies and beasts fill the foreground with the spectral peach light of an encroaching sunset. 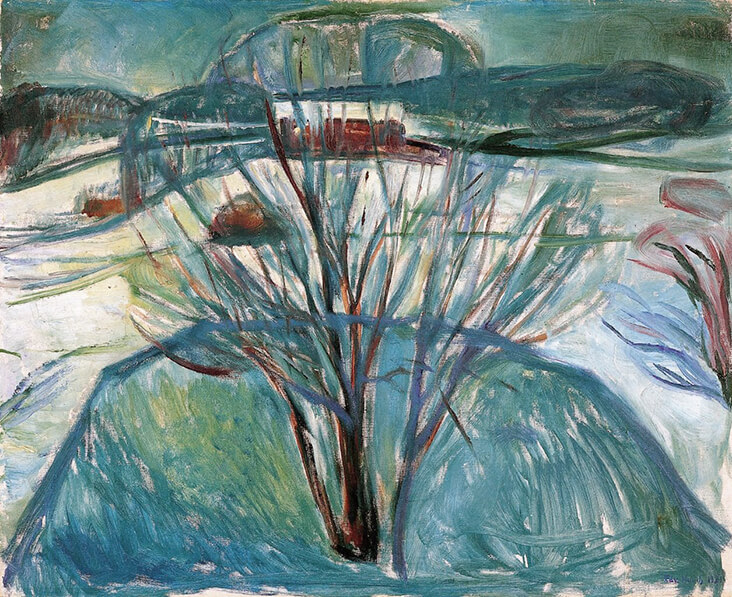 The Norwegian Expressionist painter Edvard Munch was of a similar generation to Redon, and although his subjects were largely based on real life, he, too, delved deep into his imagination to find the most evocative and atmospheric colours. In his later career, Munch focused predominantly on painting brooding, lyrical landscapes based on the Norwegian wilderness in various shades of blue, often invoking the mysterious hours of twilight or night, when sleep beckons us into its escapist wonder. In his expressionist vision Winter Night, 1921, the bare bones of a barren tree open out across the foreground, painted in a raw and rustic shade of sienna brown, which is echoed in patches across the background to suggest small houses, the faintest signs of life. Munch contrasts the earthy depth of this colour with a loosely painted arc of cool, greenish-blue that fills most of the canvas, suggesting the slippery surface of a frozen lake, tinged with danger and adventure. These two dominant colours are offset against deeper shades of turquoise that rumble across the mountainous background, and a central band of pale, icy blues that suggest the glistening freshness of untouched snow. 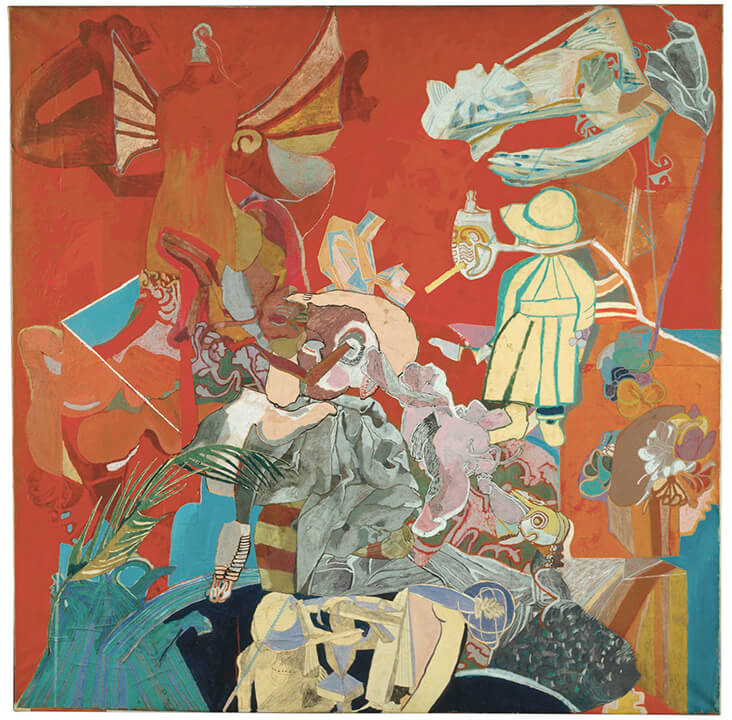 More recently, Portuguese painter Paula Rego has made a huge range of paintings that explore themes around memory, history and imagination. Her colours are intoxicatingly vivid, transporting us out of the ordinary world into a place of metaphysical fantasy and fiction. Throughout the 1960s and 1970s Rego worked almost exclusively in collage, playing with cut apart pieces of her own sketches along with fragments of her children’s drawings to create compelling new narratives. In the surreal collage Self Portrait in Red, 1966, Rego creates a jumbled patchwork of ideas that tumble over one another as if jostling for attention. In amongst the rubble, various motifs relating to the artist’s life emerge, including flowers, old clothes and a tailor’s mannequin. Rego sets up a high-keyed contrast of hot and cold in her colour scheme that further intensifies the image’s dream-like qualities, cutting into the fiery red and orange of the background with small, razor sharp fragments of pale and dark turquoise.