PURPLE HEART is as fresh and bright as a bloom of flowers, and its eye-catching hue can completely transform the colours around it. The shade’s vivid, eye-popping brightness has made it a particular favourite among many modern and contemporary artists, who enjoy exploring how it can create an immediately arresting visual effect. Today we will look at three artists from the late 20th century who have experimented with this shade of purple in amongst a variety of complex and unexpected colour pathways, including pale grey, apple green, soft beige and even electric blue, proving that its possibilities are almost endless. 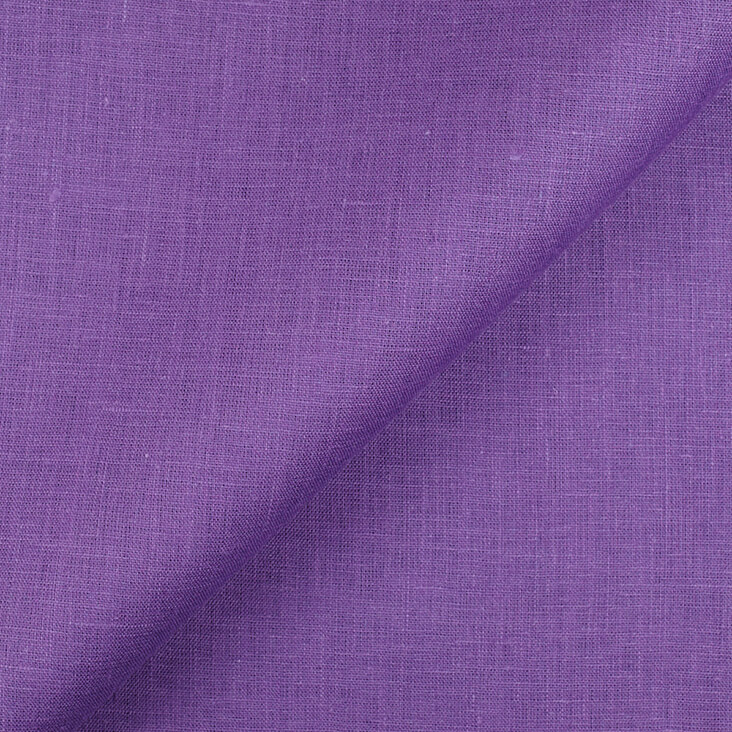 American, New York based painter Alice Neel made striking, contemporary portraits in the mid to late 20th century. She captured the individual lives of her friends, families and neighbours with a raw and honest language, coupled with bold, brilliant colours reminiscent of the Pop Art movement that rose up around her in her heyday. In Neel’s intimate portrait titled Linda Nochlin and Daisy, 1973, she paints a tribute to her friend, the leading art historian and feminist writer Linda Nochlin, seen here with her youngest daughter Daisy.

Both mother and daughter are perched on a traditional sofa, upholstered in soft, pale green velvet flecked with a delicate pattern. Against this backdrop Nochlin’s shocking pink shirt is a breath of fresh air, a potent reference to Nochlin’s role as a trailblazer in the entrenched field of art history. Nochlin’s yellow t-shirt stands out in high contrast against the purple, particularly when set next to a lime green cushion in the background and her daughter Daisy’s flame-coloured hair. Neel carefully balances these intense tones against soft, muted colours in the surroundings, and just a hint of crimson red in Daisy’s shoes. 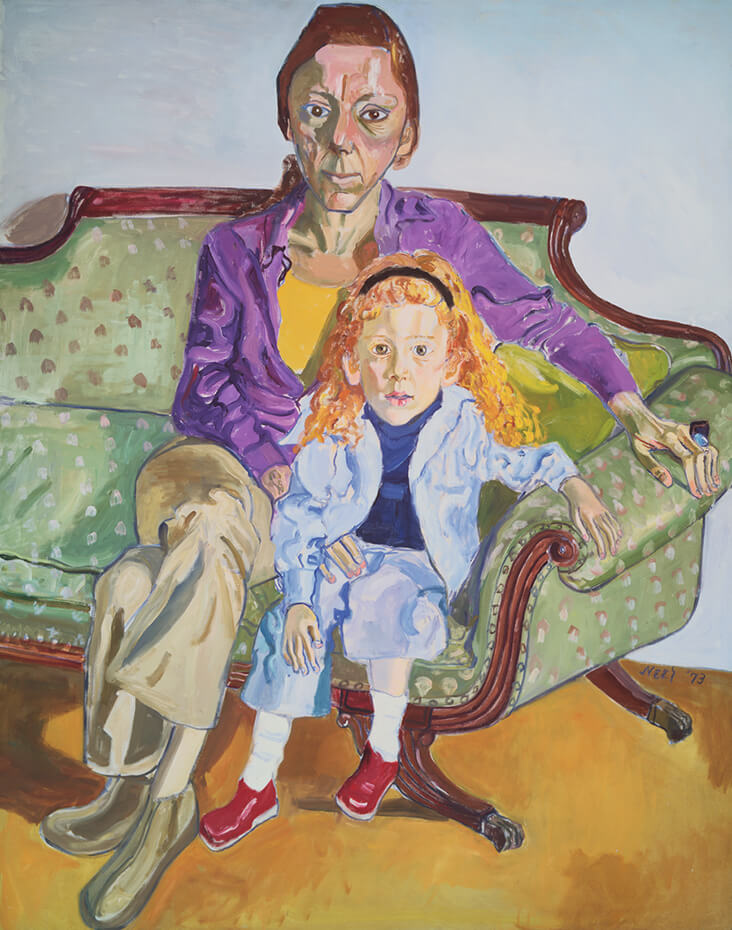 Like Neel, David Hockney was a leading light throughout the 20th century, and he continues to remain endlessly prolific today. A Pop Art pioneer in both the UK and the US, Hockney is a bold colourist who enjoys toying with jarring colour combinations that buzz and hum with excitement. Purple has been a recurring feature in his art, particularly in his large-format, multipaneled landscapes, which translate the British countryside into a psychedelic, hallucinatory daydream. In Winter Timber, 2009, Hockney paints the barren, bare trees of winter in electric blue as they recede into the far distance along a rundown track. Vivid, intense shades of purple run horizontally across the foreground and climb up a cracked old tree stump, demonstrating the power of Hockney’s imagination. Hockney tones down the intensity of these shades with softer, naturalistic colours all around, including the pale ochre of the logs that lead us into the distance, the green and brown bracken flanking the pathway, and the fresh, frosty green of grasslands that fade into the horizon.

Similarly, Hockney’s later painting The Arrival of Spring in Woldgate, East Yorkshire, 2011, also plays with a balance between the synthetic properties of purple in amongst warm, naturalistic shades. Here two tall, columnar trees stand like totem poles on either side of the landscape, speaking of enduring permanence, while soft browns, greens, ochres and pinks shimmer all around them with the fleeting transience of spring. 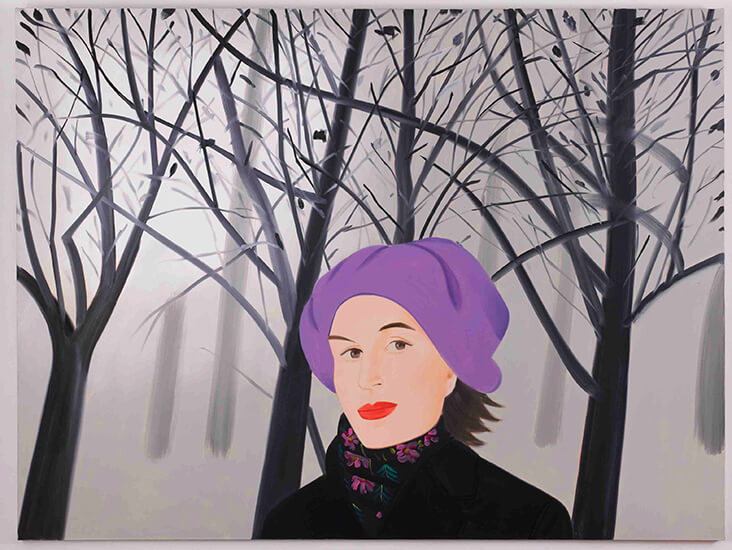 Like both Hockney and Neel, the great New Yorker Alex Katz combines Pop Art sensibilities with various real-world references. His art pays tribute to the people and places that make him who he is, painted with a slick, polished language that oozes an easy, breezy, effortless cool. Of all the varying subjects Katz painted, the one he has returned to again and again over the years is his beloved wife Ada, painted as a serene and introspective figure immersed in her own world of thought. In January IV, 1992, Katz situates Ada in a steely cold winter scene, as dry, skeletal trees swish this way and that in amongst pale silver light behind her. But Ada is the lifeblood of the scene, with her bright purple hat, floral scarf and deep red lipstick (coupled with a wry, knowing smile) injecting warmth, humanity and humour into the darkest depths of winter.