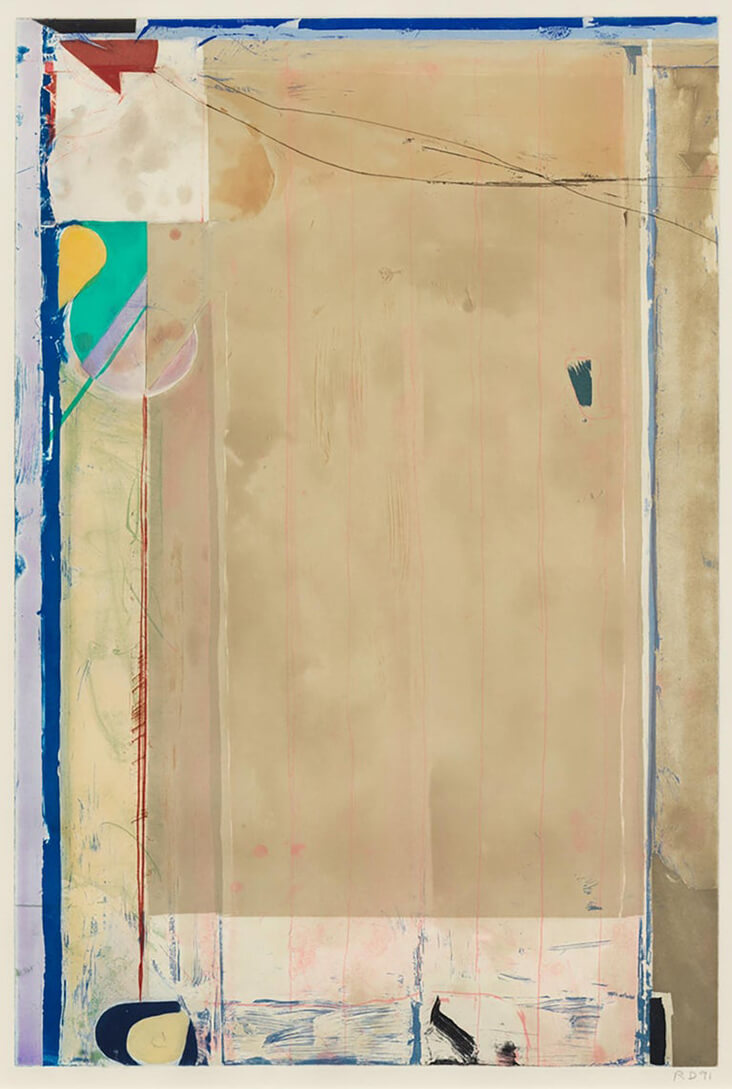 With its dark, warm and inviting shade of red, AUBURN is a firm favourite among artists old and new. Perhaps this is because it is a curious, chameleonic colour that can shift and change, depending on the shades and hues around it. Auburn is earthy in amongst vivid, bright hues, while black and dark blue magically transform it into a raw and primal tone. Three different artists, Mark Rothko, Richard Diebenkorn, and RB Kitaj have all adopted this colour in their art, with dramatically different results. Their different pathways into AUBURN have much to teach us about this colour’s alchemic, transformative possibilities, and the ways we can weave it into our own creative practices. 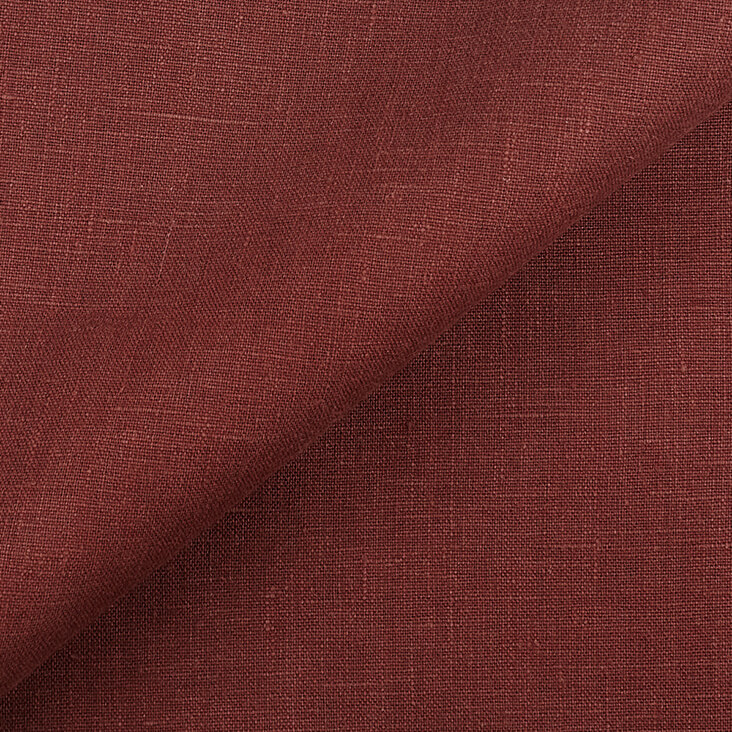 New York’s great Abstract Expressionist Mark Rothko often adopted deep shades of burgundy, auburn and maroon in his most iconic works of art. For Rothko, Auburn was an ardent, impassioned colour that could reveal his deepest, darkest emotions. He built this colour into his art slowly with thin, veil-like layers of paint, creating trembling qualities of atmospheric depth and space. In Untitled (Black on Maroon), 1958, Rothko plays with varying viscosities of dark red – thin washes seem to melt into the background, while solid strips float on their surface like raw stains of pure human emotion. He lets dark red take centre stage by pairing it with muted, smoky shades of teal blue, grey and near-black. 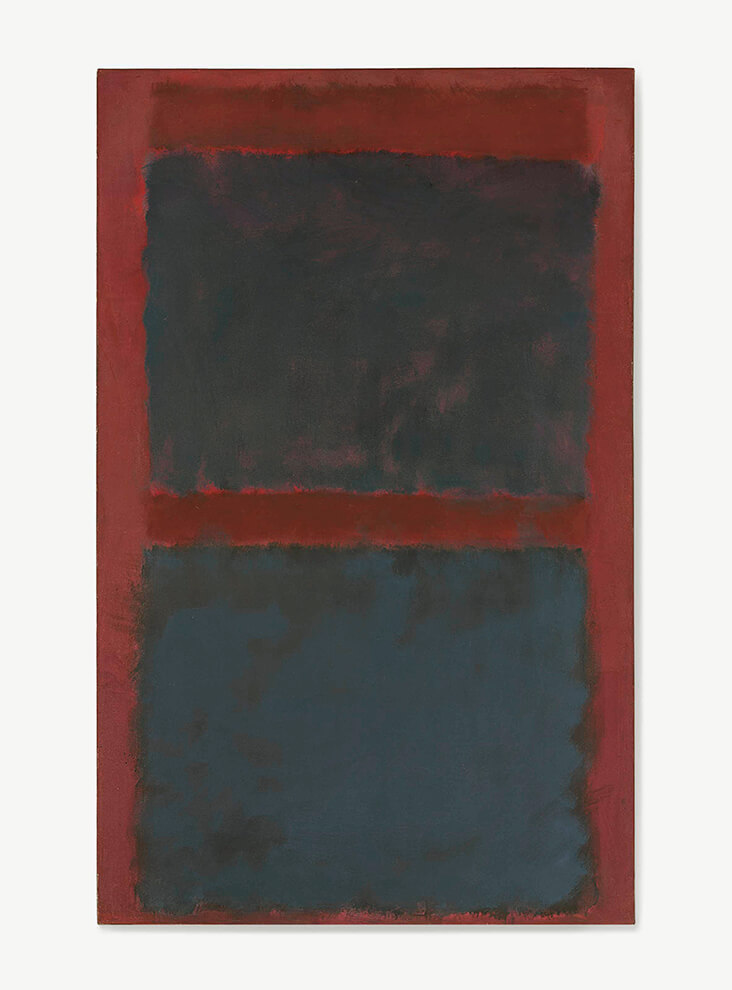 Californian painter and printmaker Richard Diebenkorn was equally as entranced by this colour, but he took a completely different approach. Rather than letting dark red dominate his designs, for him it was an accent, a flash of warm darkness sometimes tinged with brighter reds to bring out its vibrancy. In View from a Porch, 1959, the pattern-like, geometric design illustrates a view out into a wide-open landscape. Moss and forest greens dominate the composition at first glance, but they are counterbalanced with loose strands of red, varying in intensity from ambient maroon in the background to tomato shades that fan out across the foreground. 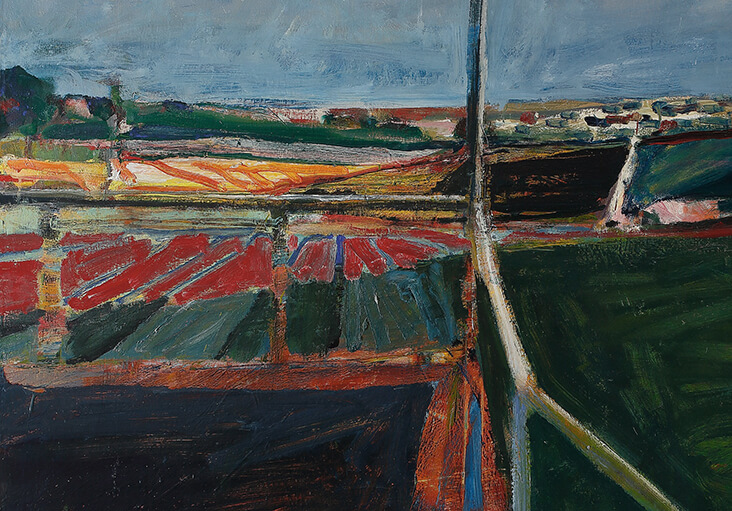 Richard Diebenkorn, View from a Porch, 1959

By the time he painted Touched Red, 1991, Diebenkorn had moved into a cleaner and less painterly style, dominated by light-infused pastel tones. Yet red was still his favourite accent, and the title of this print tells us how integral the colour was to his overall design. Thin veils of soft beige are loosely washed across the background, shifting ever-so-slightly like folded fabric catching the light. The main red accent is in the upper left, a shard of boldness as angular as a cut scrap of paper. So it doesn’t look too isolated, Diebenkorn introduces this same dark red in loose ripples and threads that run down the left side. In the background, traces of pale red lines are almost invisible, as if disappearing into the distance. Along with these domineering red accents, Diebenkorn brings a scattered arrangement of unconventional hues, including ultramarine blue, cadmium yellow, turquoise and just the faintest trace of lilac. This combination might be too much for some artists, but by allowing the red to dominate, a harmonious balance is achieved. 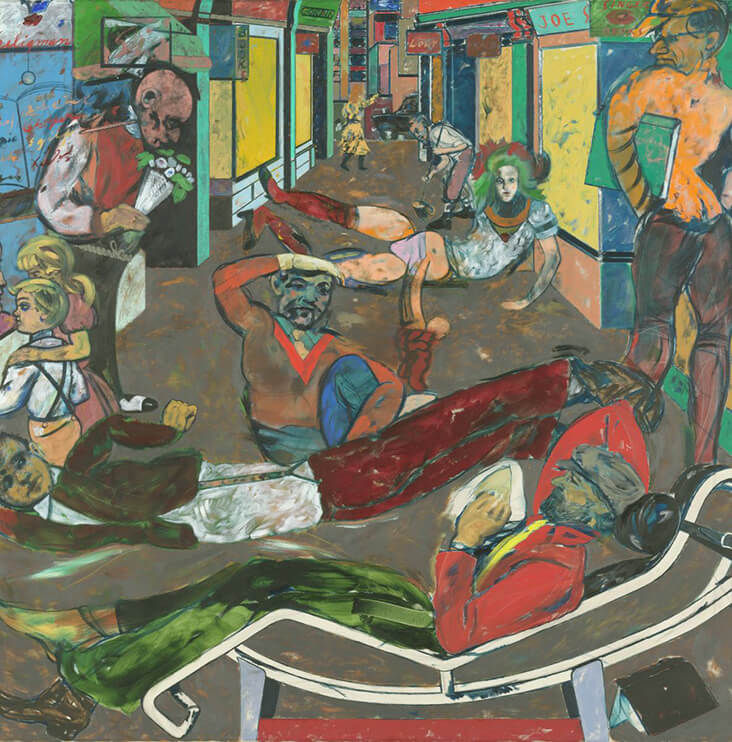 School of London painter RB Kitaj was another fan of dark reds, but for him, this colour was just one of many in his riotous cacophony of rainbow bright hues. In Cecil Court, London W.C.2. (The Refugees), 1983–4, colourful and eccentric figures are scattered across a concrete grey ground, while geometric buildings in primary colours recede into the distance. Kitaj plays here with how the dark grey of the concrete can become a muted, subtle backdrop for brighter tones to play out. A rich accent of dark red in a reclining man’s trousers becomes fiery and warm in the centre against this grey, and it flickers across the background in softer variations. Kitaj experiments with how maroon responds to a series of extreme contrasts, including a nearby pair of grass green trousers, and the coral pink v of the man’s jumper behind. In amongst these tones this shade of red becomes warmer, darker and more intense, bringing out its mysterious and enigmatic qualities.