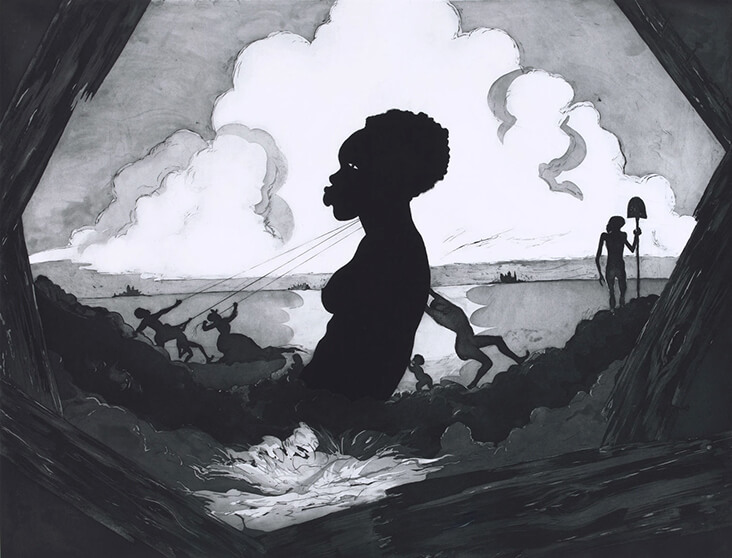 Artist, African-American, woman and mother: these are the many roles woven into Kara Walker’s identity. Her art brings these personal experiences out into the open, examining them in a wider social context informed by history, mythology and politics. In particular, Walker’s role as a mother has undoubtedly informed some of her most powerful works of art, which reflect on maternal strength, grit, and determination, and what it feels like to be responsible for the life of another human being. 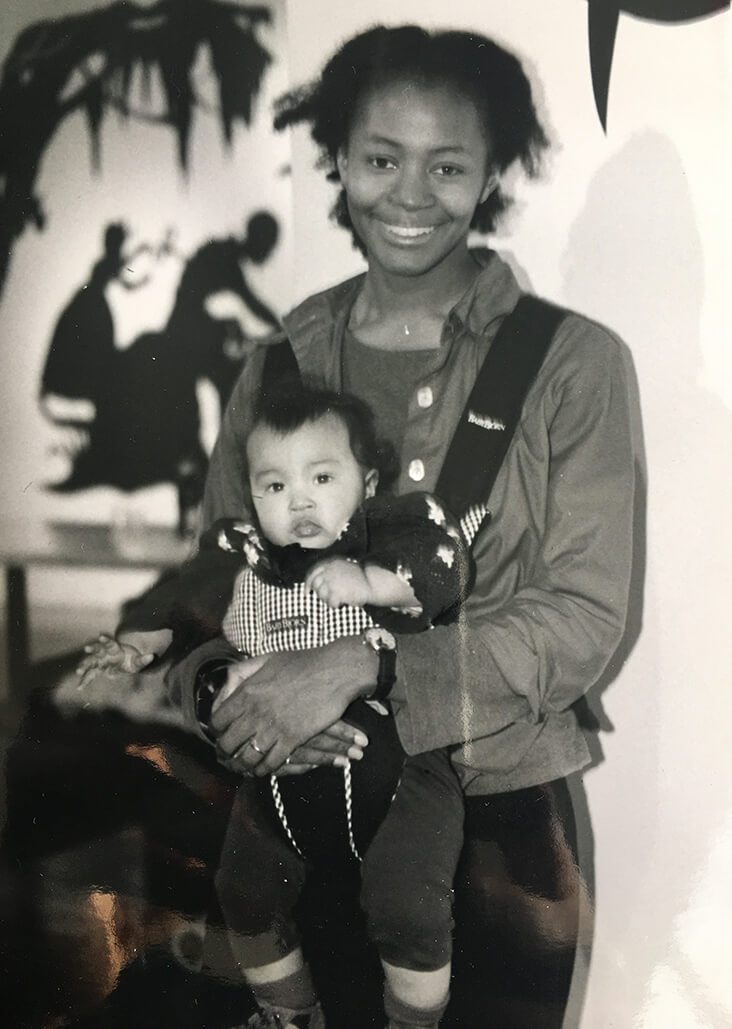 Kara Walker with her daughter Octavia Burgel as a baby

Walker was born in 1969 into an artistic family based in Stockton, California. Her father was a renowned artist and academic who explored socio-political themes. His influence on her was profound, and she remembered deciding to be an artist from the age of around 3 years old. As a young adult, Walker went on to study fine art at Atlanta College of Art, before moving on to an MFA at the Rhode Island School of Design. Racial themes were at the forefront of Walker’s practice from as early as her student days. In the 1990s she began focussing more exclusively on women’s experiences from throughout history, retelling tales of slavery, abuse and segregation that don’t make for easy viewing, and which stirred up sometimes vitriolic criticism for their frank and confrontational qualities. 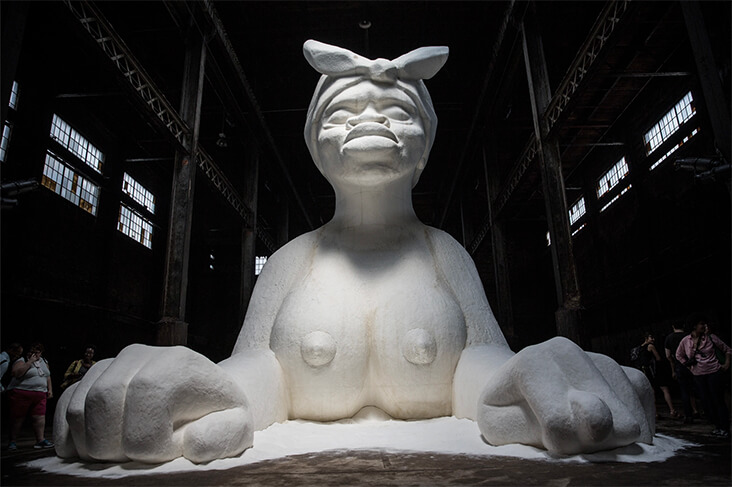 Kara Walker, A Subtlety, or the Marvellous Sugar Baby, 2014 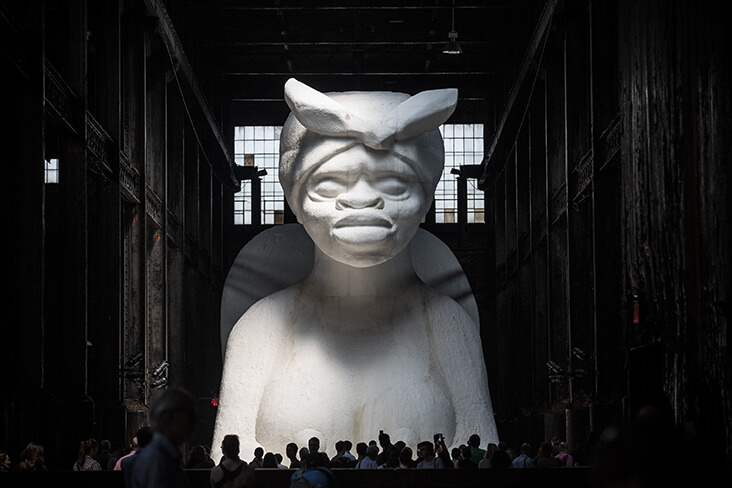 Kara Walker, A Subtlety, or the Marvellous Sugar Baby, 2014

In 1997, Walker gave birth to her daughter, Octavia Bürgel. In the same year, Walker was awarded the MacArthur “Genius” Fellowship. From afar this might have looked like a happy time, but Walker was privately struggling with postpartum depression, and at the same time, African-American artist Betye Saar was waging a campaign against Walker, sending out letters to prominent public figures with the heading, “Are African-Americans being betrayed under the guise of art?” 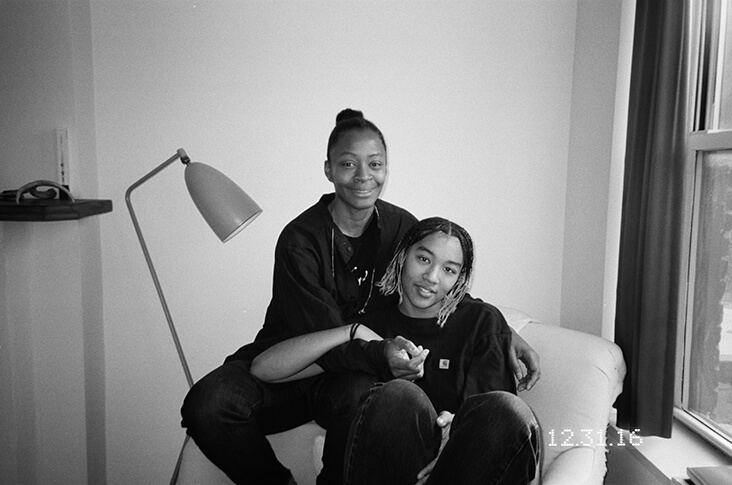 After settling into her role as a mother, Walker’s art naturally shifted away from earlier, brutally controversial material, instead, presenting black women as strong and empowered, even if they are struggling against a tide of difficulties. Walker’s daughter Burgel, who is now an artist in her own right, has often spoken about the ways her mother adapted to combining motherhood with art. Burgel says of her mother, “…she admits that she sometimes hid behind me. Using me as either a reason to not go to events or bringing me to events and using my presence as a reason to not talk to people. I am fine with this.” 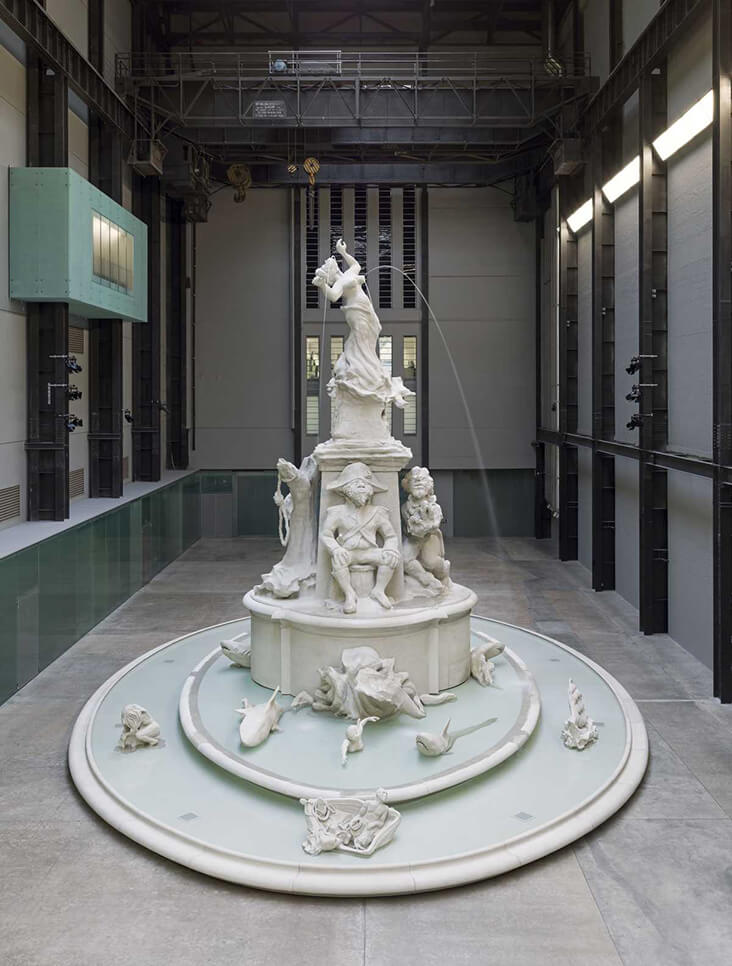 She also adds that her mother shaped her upbringing with a creative, intuitive approach to parenting, noting, “Like most other mothers I know, mine soothes and protects, dotes and encourages, cooks and cleans and plays, jokes, annoys, confounds… In reality, I have never thought of myself as an artist’s daughter, but solely as my mother’s daughter; and since my mother does most things artfully I inherited her sensibilities anyway.” 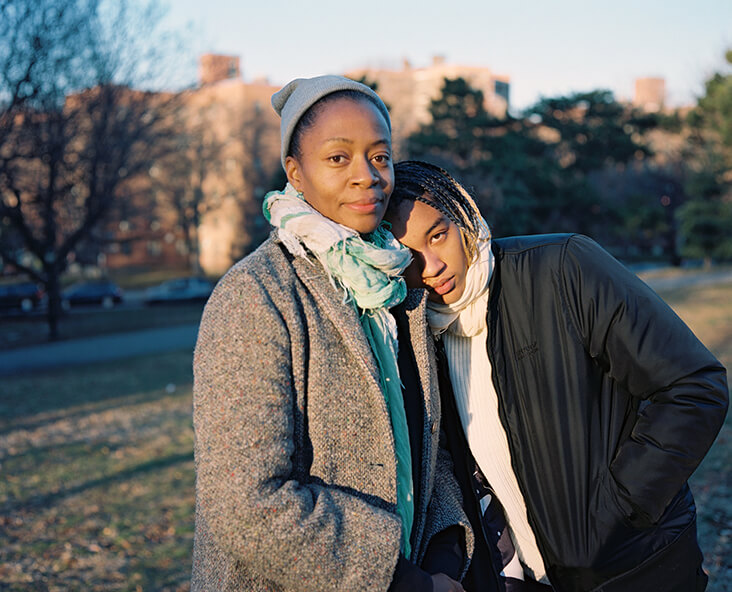 Some of Walker’s recent art can be read as a testament to the strength of women, as mothers, daughters, survivors and warriors. The colossal sculpture A Subtlety, or the Marvellous Sugar Baby, 2014, a 35-foot-tall sugar-coated female sphinx was made for the former Domino Sugar factory in Williamsburg, Brooklyn. It presents a black woman who is totemic and all-powerful, despite being linked with the brutal slavery of the sugar trade. Walker’s later sculpture Fons Americanus, 2019, made for Tate Modern’s Turbine Hall in London can also be read as a commentary on bold femininity, topped by a proud female character who spouts out water that trickles down to those below her. 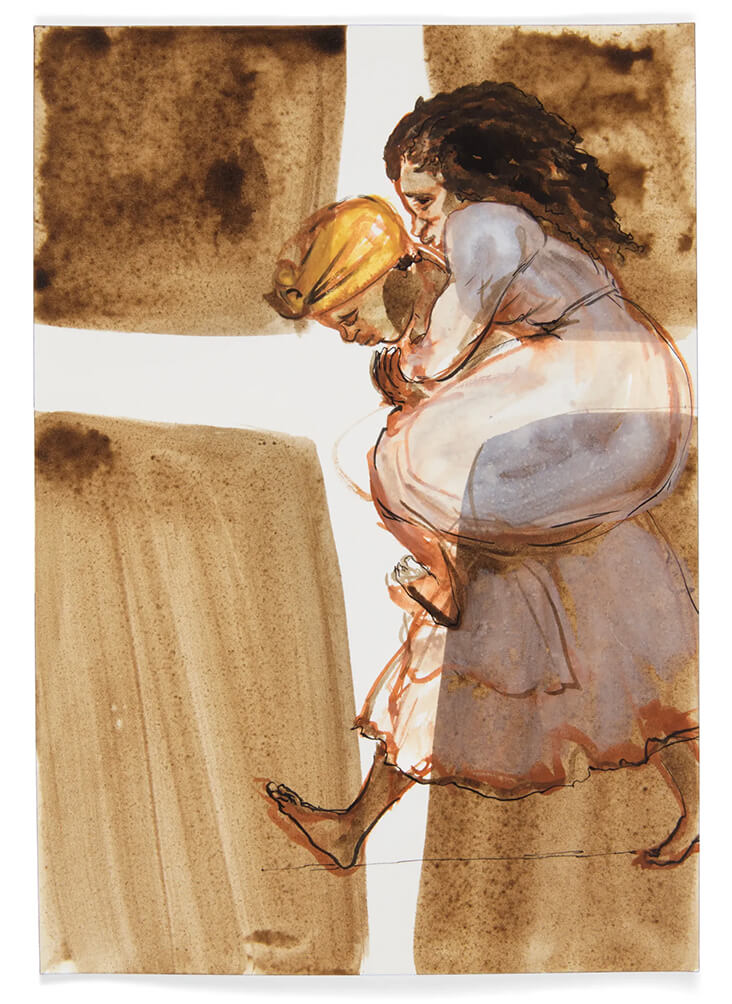 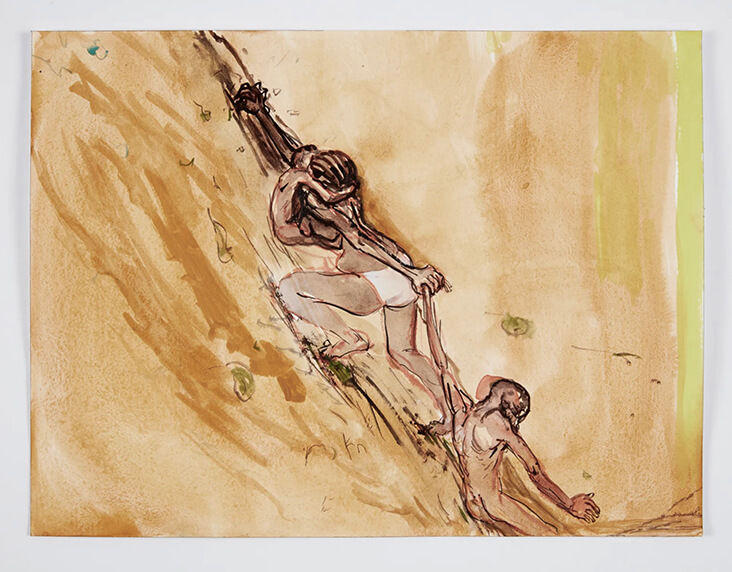 Maternal themes cropped up in several of Walker’s drawings made during lockdown, including Mother and Daughter, 2020 and Lot’s Second Wife, 2020, both of which point towards the tenacious spirit of survival that has kept women, and mothers, going for centuries. And it’s one that Walker has applied to her own life, both personal and professional. Her daughter Burgel says, “In writing about my mother’s successes, both in her career and in raising me, I realize that I never put much thought into the two distinct worlds she inhabited, because she navigated them both so effortlessly. My mother is a mother. And an artist. And the two never felt like they were incompatible.”