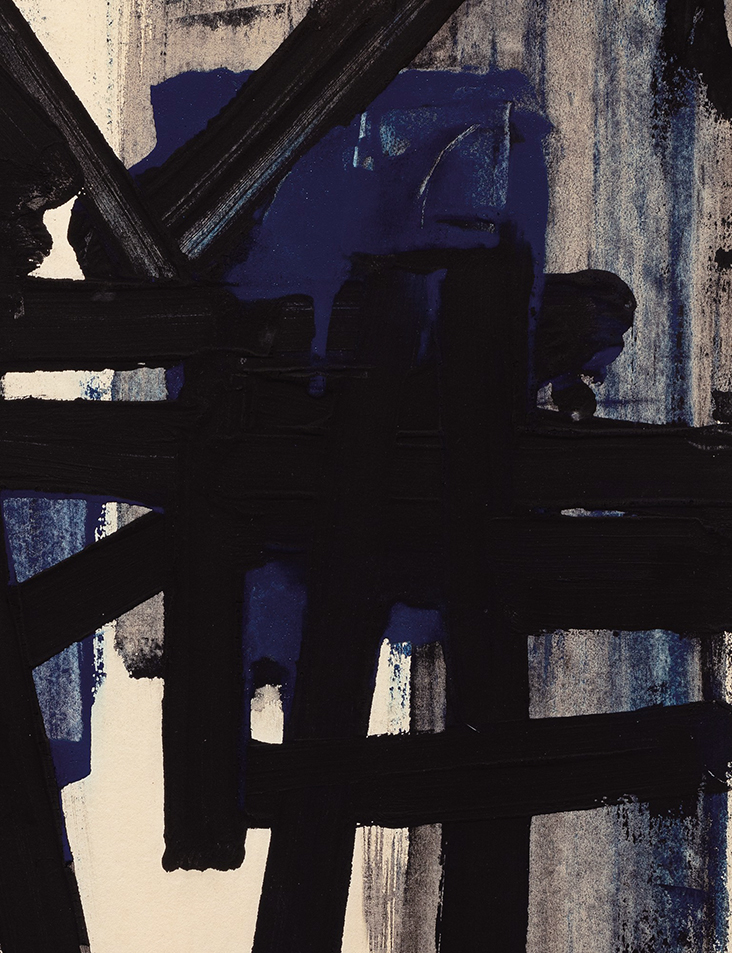 Drama is at the heart of Pierre Soulages’ art, and he achieves it through stark, theatrical means. A leader in 20th century European Abstract Expressionism, Soulages pioneered a bold, striking language, combining dark, enigmatic shades of indigo like MEDIEVAL BLUE with jet black, ultramarine and cerulean. He swept them in grand gestures across his artworks with a seemingly effortless confidence, building thick, juicy brushstrokes up in layer upon layer like sculptural constructs or stage sets. Around them, tiny slivers of white ground become breathing pockets of air and space, just enough to allow us to get lost in his imaginary realms. 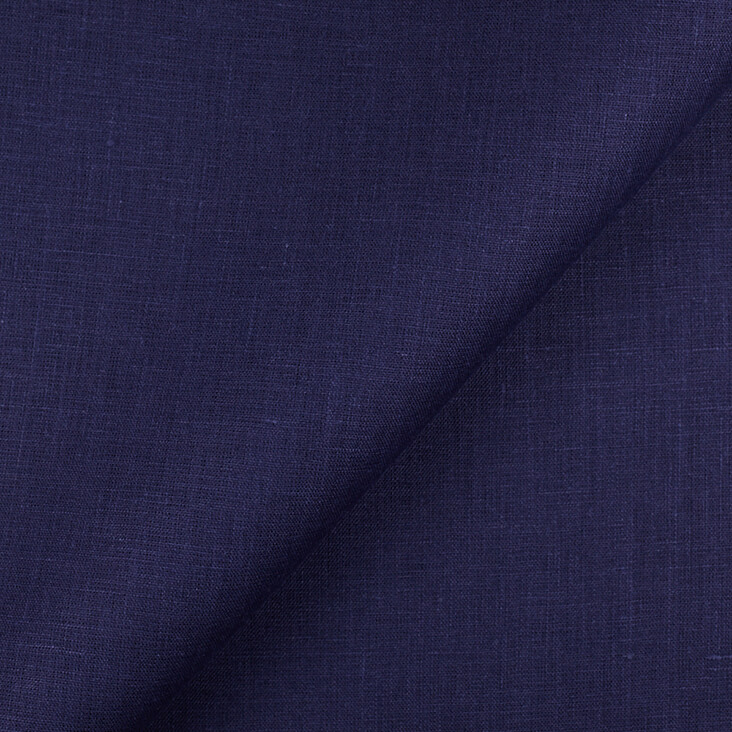 Born in Rodez, France in 1919, Soulages was a creative child who knew he wanted to become an artist. When he was 14 years old Soulages went on a school visit to the Roman Abbey of Sainte-Foy de Conques, and he was so deeply inspired by the building’s grandiose architecture and artworks that he made it his life mission to pursue an art practice. From these early teen years onwards Soulages began making stark, black and white sketches of the landscapes surrounding his home, and it was then that he knew he had found his calling.

In 1946, following the end of the war, Soulages moved to Paris in the hopes of becoming an abstract painter. Soulages’ paintings from this period featured gestural dark blue or black shapes arranged into loose geometric designs, laying the foundations for his expressionist practice to come. Ridiculed by the traditional Parisian Salon, Soulages found kinship instead with the radical avant-garde set, including the artist Frances Picabia, who took Soulages under his wing and became both a friend and mentor. 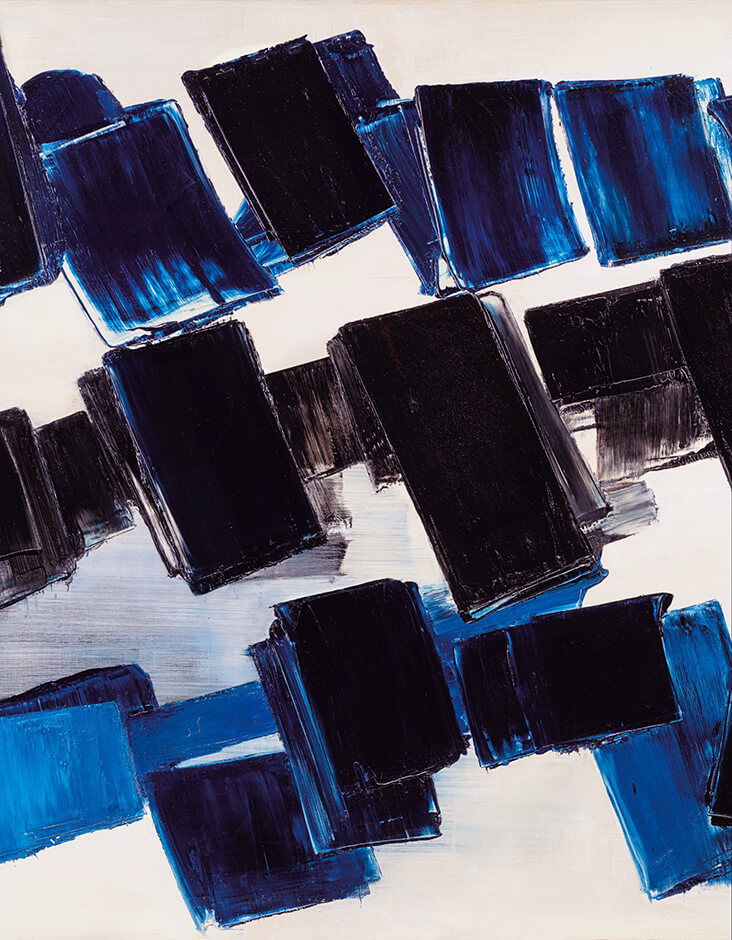 Throughout the 1950s Soulages began promoting and exhibiting his art beyond France, and he found a more receptive audience to his art in international circles, particularly Germany, Japan and the United States, places where Abstract Expressionism had already taken hold. Buoyed on by this recognition, Soulages made ever more stark and dramatic artworks, refining down his brushstrokes to the most minimal sweeps and strokes. Restricting his art to a limited palette of blue, black and purple allowed Soulages to focus on the immediacy of his marks, and their heightened dramatic effect.

In Gouache 65 X 50 cm, 1952, a solid square of dark indigo looms spectre-like in the centre of the scene, while black, calligraphic gestures overlay it like the foundations of a building in the making. Around it Soulages leaves traces of white peeking through, while grey washes become a misty haze of atmosphere somewhere in the far distance. In the later Peinture 130 X 162 cm, 1957, dark marks are scattered across the canvas as if floating in the white space around them, demonstrating Soulages’ growing confidence in purity and simplicity. His design is deceptively simple here – what might appear to be a fluid, effortless arrangement of painted strokes is in fact a considered arrangement of colour, light and form, as shapes are carefully laid on top of one another, each one containing its own patina of shimmering dark blue, indigo and black. 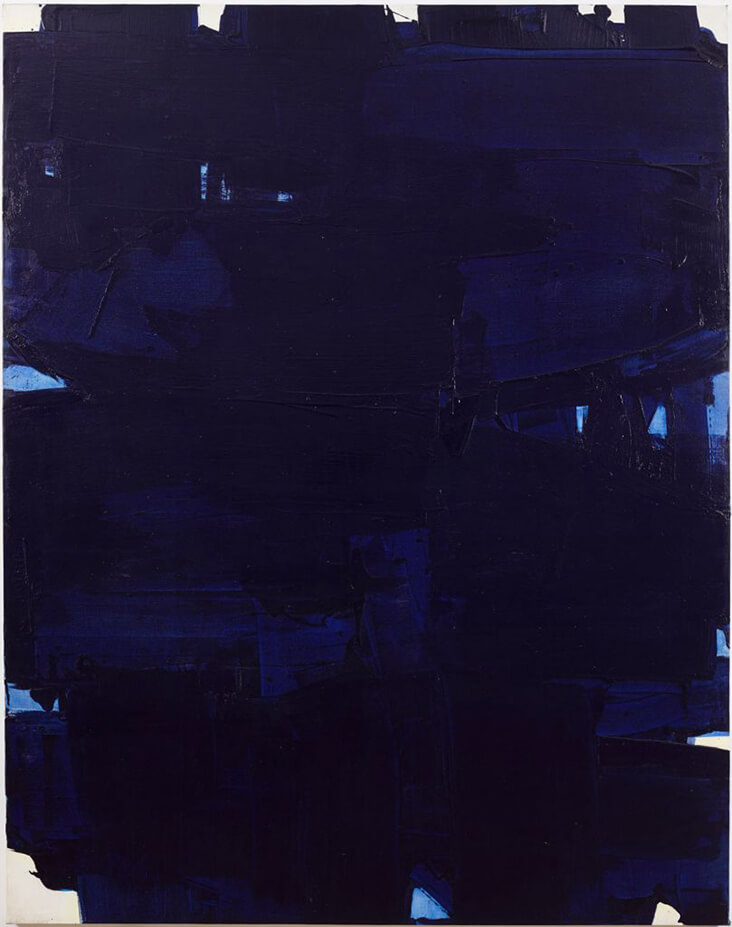 Peinture 202 x 159 cm, 1967 is even more simplified, a field of intense blue darkness where only tiny slivers of light show through. Close inspection reveals how Soulages has built up his design here gradually, layering semi-transparent sheaths of paint on top of one another, swishing his bold strokes this way and that until it appears just right. The result is both a deeply tactile object and an illusionistic window into an abstract world, one that is almost entirely obscured by dramatic colour. In Eau Forte, 1974, Soulages brings two columns of blue side by side, each one with its own delicately shifting palette and appealingly careworn surface resembling rusted metal or peeling paintwork. In this elegant, minimal work Soulages demonstrates his masterful understanding of colour, and he reveals an innate understanding of the hidden mysteries lurking inside the darkest shades of indigo.