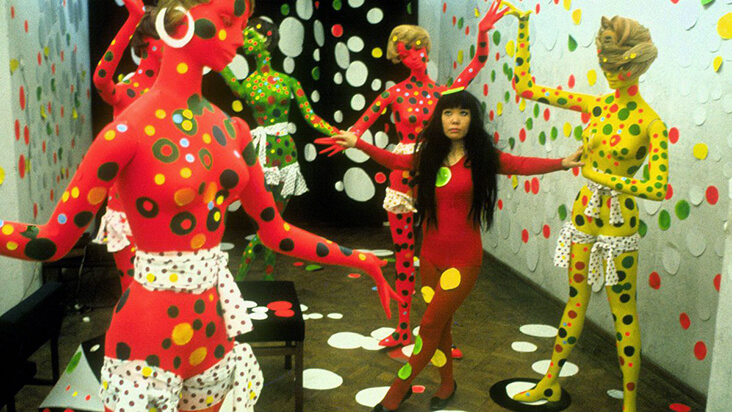 Yayoi Kusama interacts with an installation, 1965. Photo by Harrie Verstappen

With her psychedelic clothing and bright red wig, Yayoi Kusama is an inimitable icon of the 20th century. Like many before her, including Frida Kahlo, Georgia O’Keeffe and Andy Warhol, Kusama has recognised the importance of brandishing an unforgettable public image, one that is innately bound with her life and art. Kusama’s public image is centred around seemingly endless repeat dot patterns, be they big, small, bold or subdued. They have adorned her self-styled fabrics and clothing since the early 1960s, and have ranged from commercial ventures to bizarre and fantastical costumes. In fact, Kusama’s vision is so widespread and influential today that she recently observed, “My costumes invariably suggest the path of the new generation.” 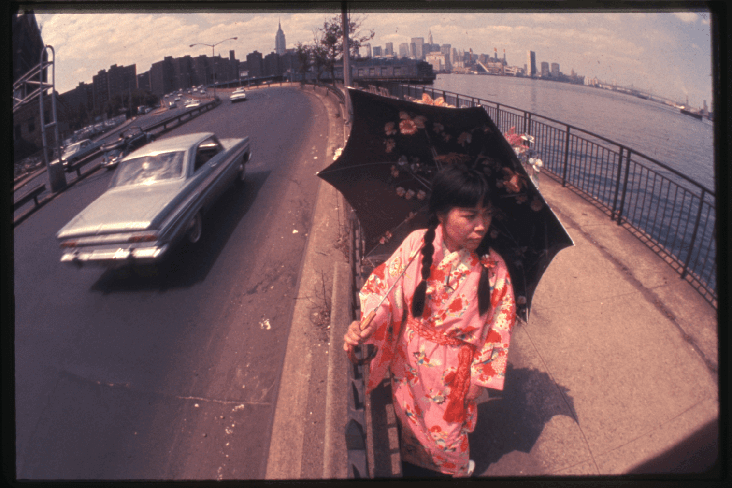 Kusama’s dot patterns are bound into the struggles of her early childhood. Born in Matsumoto City, Japan in 1929, from the age of 10, she began suffering mental health issues, that included seeing patterns of obliterating dots casting webs across the world around her. This terrifying experience left Kusama fearing she might be completely consumed by these dots, and she developed a debilitating fear of disappearing into oblivion. As a teenager, clothing was a way to be seen, and noticed, an act of defiance against her fears. She fashioned her own avant-garde creations that were aimed at attracting attention, much to the disapproval of her parents and neighbours. Kusama recalled, “Whenever I wore unusual and wild clothes, [people] either ostracised me or spoke ill of me.”

In 1958 Kusama set off for a new life in New York. Her expressive approach to fashion and exhibitionism chimed in well with the spirit of happenings and performance art of the time. In one of her earliest performances, titled Walking Piece, 1966, Kusama wore a brightly coloured Kimono and filmed herself walking through an industrial area of the city, highlighting the way clothing can allow one to transcend their surroundings. Throughout the 1960s Kusama began making soft sculptures out of sewn fabric, and exploring the boundaries between clothing and sculpture. Experimental and erotic, they alluded to the free love spirit of the hippie era, as seen in works such as Accumulation No. 1. 1962. 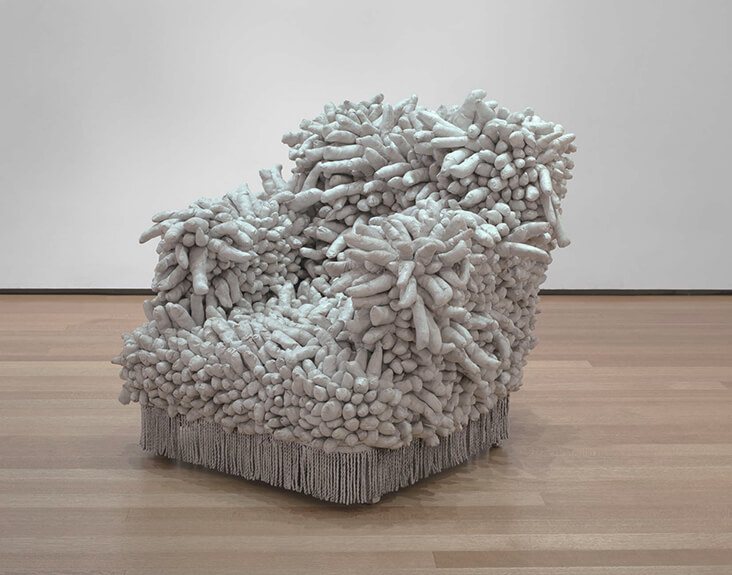 In 1968 Kusama launched her own fashion brand, titled Kusama Fashion Company Ltd. She set about launching her own fashion store in New York City as well as marketing her garments in high-end department stores and boutiques. Her company was a huge success, as Kusama later recalled in an interview, “The mass media reported us big time… Buyers from big department stores came and selected 100 of this, 200 of that.” As an offshoot of her fashion house Kusama also began the Nude Fashion Company, exploring how clothing could “bring people together, not separate them.” Among her most talked about designs were the “Couples Dress”, a sleeping-bag-like shape for couples to enjoy together, and the “Party Dress”, a single item of clothing that could house up to 25 people at once. Perhaps unsurprisingly, almost all her items of clothing from this era were decorated with dots. 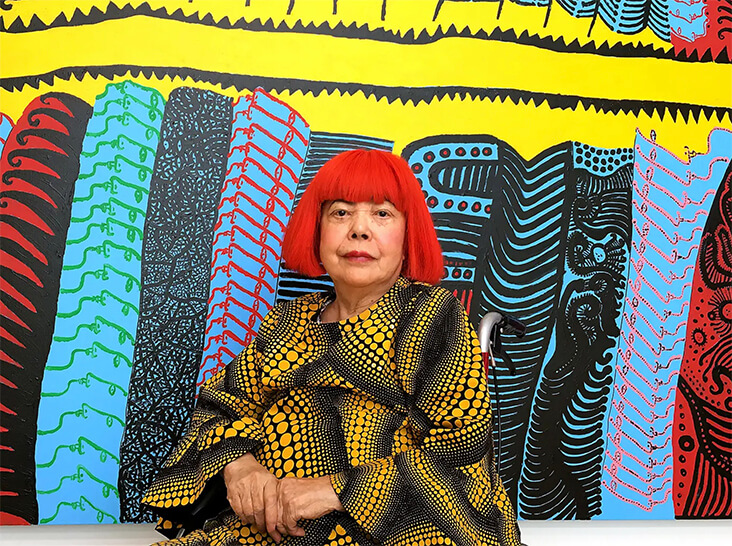 From the 1970s onwards Kusama began to recognise how she could transform herself into a kind of living sculpture, as a means of further promoting her artworks. In many publicity shots from this period onwards we see Kusama dressed in dazzling, psychedelic patterns and prints that mimic the same scattered repeat patterns of her artworks, and it is as if she is merging into one with the art around her. Although still plagued by hallucinations of dots, we see how Kusama has gradually embraced this aspect of her psyche and made it an integral aspect of her artistic identity, moving from a position of fear to one of acceptance. The same energy of her famous Infinity Room sculptures seems to pulsate through the printed textiles in Kusama’s clothing, as dots form swirling and swarming patterns of life across her body.

The bold, spirited energy of Kusama’s printed patterns have inspired countless contemporary fashion designers in the past few decades, and many have teamed up with Kusama on collaborative projects. These include Marc Jacobs, Louis Vuitton, Lancome and Kim Gordon’s streetwear brand X-girl. Jacobs has aptly summed up the ongoing fascination with Kusama’s printed patterns and fabrics across the contemporary fashion world of today, “Her energy is just endless. Through the painstaking sort of obsession… that she’s created, you see this world that never ends.”