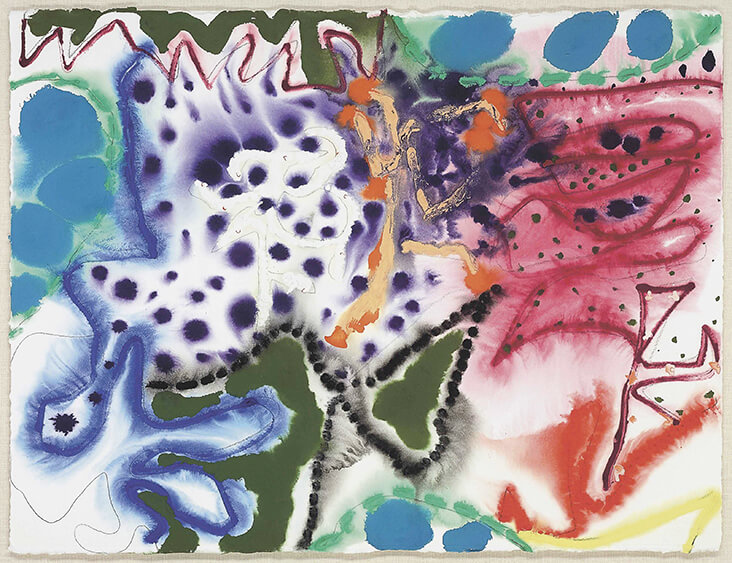 Post-war British artist Patrick Heron was a colourist at heart, creating noisy, expressive paintings that seem to fizz and pop with life. He often brought sombre shades of purple, indigo and blue into his abstract paintings, letting it meander in velvety ribbons across white backgrounds, or seep into endless pools of darkness. BLUE ICE’s cool shade of purple was a recurring colour in Heron’s late paintings of the 1980s, conveying the deepest of emotional responses to the world around him. “I think this world is magical,” he wrote, “Colour, form, space, relationships- these elevate life. They energise. They elevate my whole consciousness…I think art heightens the potential of the actual.”

Heron was one of the leading figures of the post-war St Ives group in Cornwall, England throughout the mid-20th century, but it was later in life that he arrived at the fresh and uninhibited style of abstraction for which he is arguably best known. Earlier paintings merged descriptive linear elements with bold blocks of brilliant colour. But from the 1980s Heron changed course, moving towards a hazier, smokier language of blotches, stains and blooms, separating line and colour and allowing each to float as if hovering through empty space. Heron described these works as “an exclusive concentration on the experiences of colour.” But there is also something far deeper at work; the moody tones and ragged edges of his abstract shapes seem to convey raw feelings at their most bare and exposed. 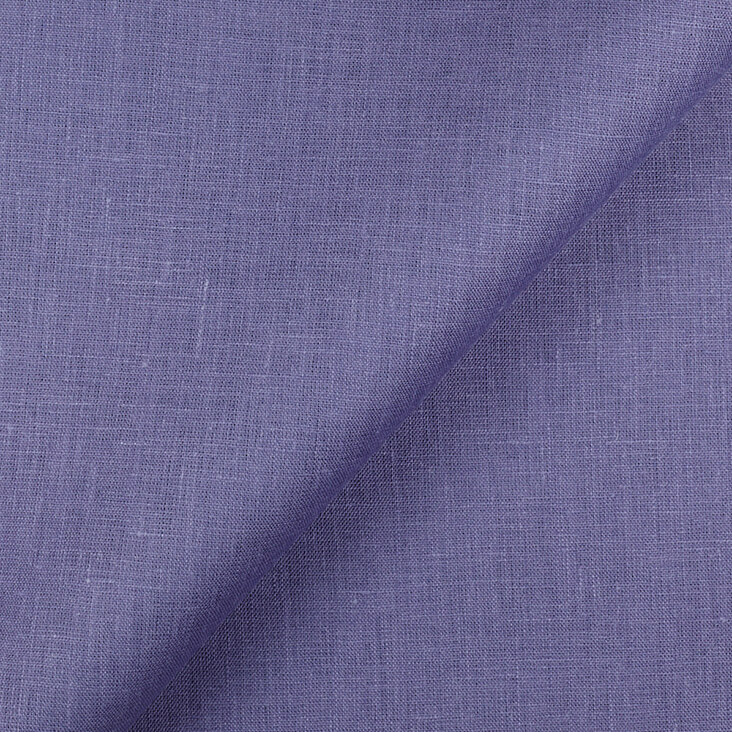 In the lively, playful painting June 17th: 84, 1984, swift, Matisse-like lines trace the outlines of a structured pattern, while scattered colours dance around their edges. Two swipes of dark indigo across the lower left side anchor these frivolous colours with a sombre and almost dangerous tone – a reminder, perhaps, of the serious side of life that always lingers beneath the surface. Though almost entirely abstract, the title of the work references the specific moment in time that Heron wanted to capture with this complex and emotive design.

In the later painting on paper June 16: 1988: II, 1988, the design is simpler, eradicating line completely so the splattered patches of colour can roam free. Much like Helen Frankenthaler’s famous soak-stain paintings, Heron relies here on the watery effects of paint for dramatic impact, diluting it before spilling it onto the flat paper and leaving it to pool into spontaneous, organic blooms. A dark shade of indigo is undoubtedly the standout colour here, scattered in blotches over the other colours behind it as if floating over them in abstract space. Set against winter green and tomato red, this dark colour brings cool, watery drama into the otherwise light-hearted, summery scene, like a passing rain shower or the onset of dusk. 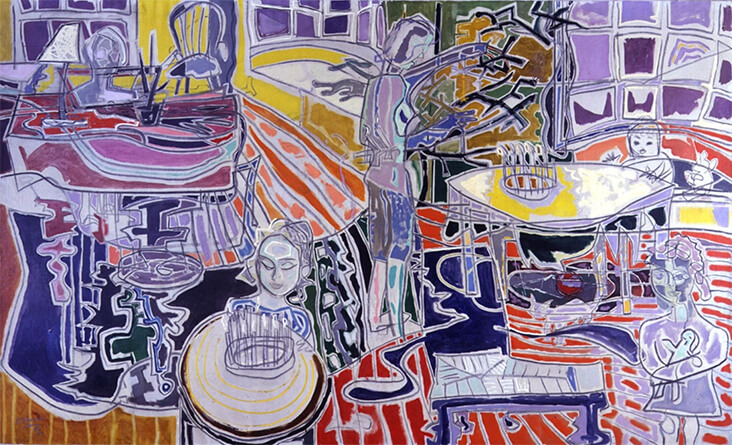 Made in the same year, January 15: 1988: I, 1988 is a response to a winter’s day in mid-January. In the centre, aqueous passages of sickly-sweet pink and yellow paint swarm and bleed into one another as if still wet, creating an appealing marbling effect that could be a sunlit sky. Darker colours, including deep purple, bleed into them from the edges like tree branches, encroaching shadows or storm clouds, eerily disrupting the image’s calm interior with heightened weight and drama. 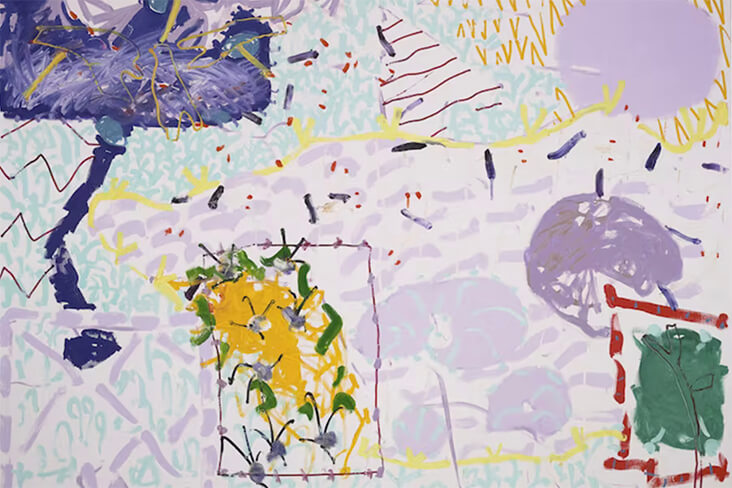 Though he lived much of his life in Cornwall, Heron regularly visited Australia, and from 1989 to 1990 he became artist in residence at the Art Gallery of New South Wales. Heron was particularly taken with the glaring light and rich botanical flora and fauna of Australia, and this came to influence his paintings so dramatically that this year was one of the most prolific periods of his life. In the painting Sydney: 18 Dec: 1989, 1989, we can feel Heron’s anticipatory excitement at being in a new and unfamiliar place. Lively marks seem to fizz and crackle across the painting’s white ground, exploding here and there like fireworks. We can trace a line of dark purple as it zig-zags from left to right, before dissolving into a frothy, fizzing foam in the top right. This is colour at its most spirited and alive, and a celebration of its hidden, mysterious magic. The contemporary art critic Adrian Searle adored these late paintings by Heron, observing: “His last paintings were, I think, very much about capturing the vitality of the moment, and were a celebration of it.”