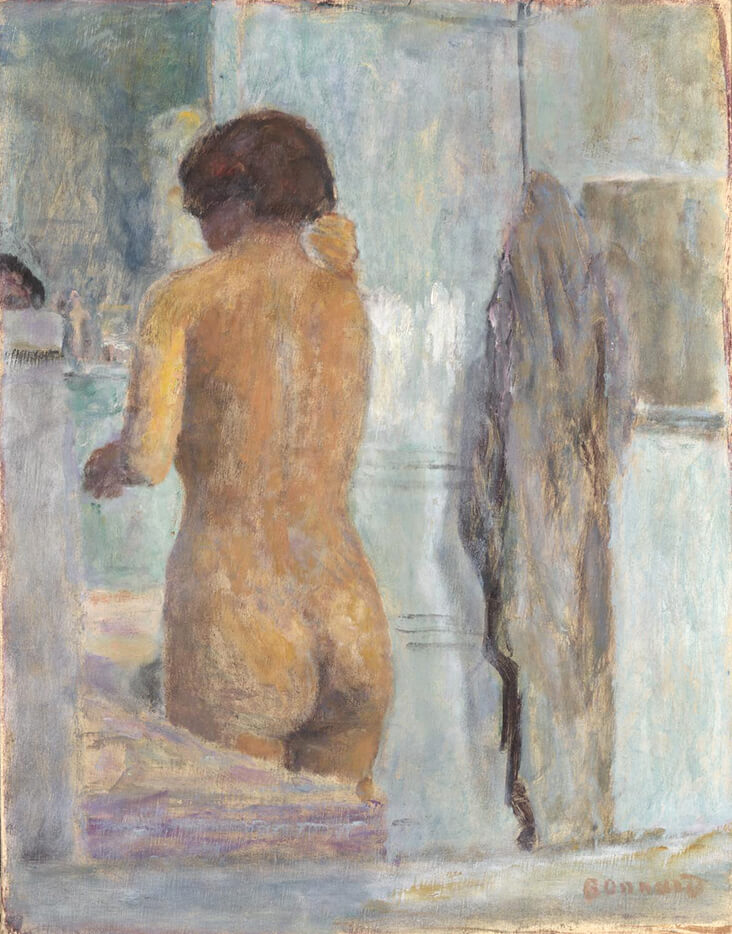 Pierre Bonnard’s intimiste paintings invite us into his own private world, a magical place where colour and light roam free. Though he is perhaps best celebrated for his scorching colour palette that heightened reality into a kaleidoscopic dream, he also brought in bright, cool shades like that of MIST Linen, letting them breeze through his canvases with the fresh airiness of an open window. These pale, cold colours became a kind of stage set for Bonnard, capturing the bracing light of France where his spirited life stories would unfold. 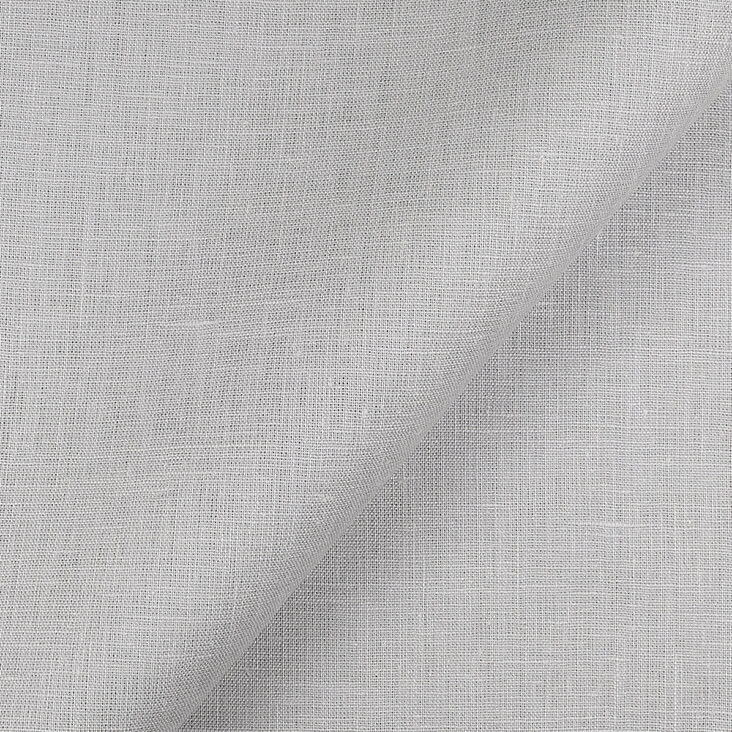 Born in 1867 in Fontenay-aux-Roses, France, Bonnard was a bright and academic child. His father was a member of the French Ministry of War and he had great ambitions for his son, pushing him to study law at the Sorbonne in Paris. Although Bonnard completed his degree and found work as a barrister in Paris, his heart was somewhere else – he began taking art classes at the Ecole des Beaux-Arts, before going on to study painting at the Academie Julian. There he met kindred spirits in Edouard Vuillard and Maurice Denis; together the three would form the intimiste group, who focussed on painting intimate scenes from their daily life. Their paintings merged dappled, impressionist brushstrokes with the bold colours and compositions of Japanese prints. Bonnard even came to call himself “the last of the Impressionists.”

In 1912 Bonnard bought a house in the countryside of Vernonnet, an area in the Seine valley between Normandy and the Île de France, not far from Giverny, the home of his close friend Claude Monet. Here Bonnard made some of his most celebrated paintings, often set on the threshold between inside and outside, as seen in the renowned Dining Room in the Country, 1913. Intense, vivid shades of orange colour the interior space as if invoking its sun-baked warmth, while outside is awash with hazy, misty shades of pale blue that make their way indoors, bringing the cold air across the door and over the cropped white tablecloth. 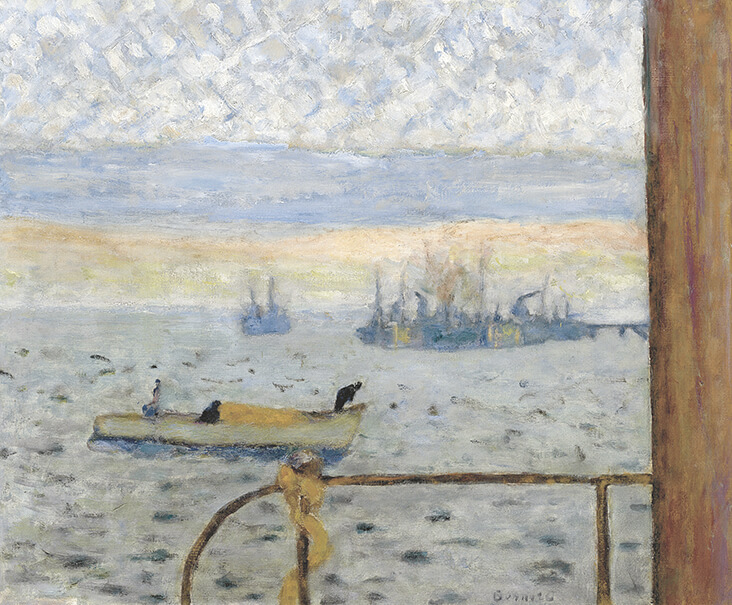 Bonnard made many interior paintings featuring his wife Marthe in moments of quiet intimacy, such as Bathing Woman, Seen from the Back, 1919, which recalls the informality of Edgar Degas’ bathing nudes. Though this work is in an indoor setting, Bonnard colours his entire bathroom scene with cool shades of outdoor light, suggesting there is an open window somewhere beyond the scene. Watery blues here also convey the hazy dampness of the bathroom, transforming a room usually associated with banal, everyday activities into a mysterious and enigmatic space of escape.

In 1926 Bonnard moved to a home known as Le Bosquet in Le Cannet, near Cannes in the south of France. Following this move, he made many paintings that focussed on sparkling harbour scenes awash with coastal light, yet they retained the same informality and intimacy as his interior views. La Rade, 1929 is flooded with a misty blue haze, as clouds form quiet puffs across the sky, echoing the tranquil and refreshing colour of the still water below. 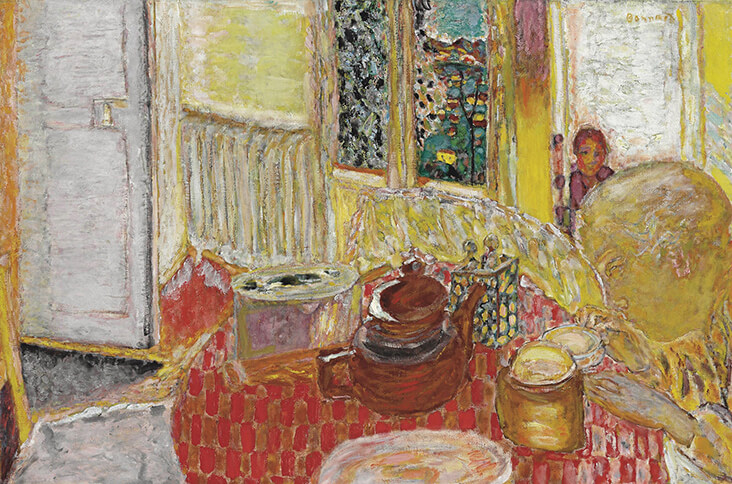 Bonnard spent the rest of his life living in his home at Le Cannet, a hilltop house overlooking panoramic views of the Esterel mountains and the bay of Cannes beyond. Though his home was modest and simple, it was the proximity to nature that really fired up Bonnard’s imagination, as he explained in a letter to his friend Henri Matisse in 1941, “As for moving into a palatial hotel for a little material comfort, I would lose the basis of my existence, the constant contact with nature, my way of working.”

Le Petit Dejeuner, 1936 captures the sitting room where Bonnard and his wife would enjoy their breakfast and lunch together on the top floor of Le Bosquet. By now Bonnard’s art had become increasingly abstract and experimental, compressing space into a series of mosaic-like patterns that seem to shimmer with animated movement. On the left, Bonnard’s wife Marthe sips at a cup of tea, while Bonnard is likely to be the tiny face in the distance. The tablecloth in the centre foreground is a lively patchwork of red and gold, but it is overshadowed by the passages of cold, almost white blue light, that suggest possibilities of escape into the great outdoors beyond.