Robert Delaunay’s art is filled with silvery shades of grey-blue like DOLPHIN GRAY Linen, which he adopted to convey the sparkling atmosphere of the modern city. One of the greatest pioneers of the early 20th century, Delaunay stirred up a storm with his dazzling Cubist and Orphist abstractions. Backgrounds in his paintings are subtle arenas of grey and blue, miming the silver sheen of the industrial age. On their surface small accents of acid-sharp colour loop, swirl and shimmer, capturing the buzzing anticipation of life in avant-garde Europe. “What is of great importance to me,” he wrote, “is observation of the movement of colours.”

Robert Delaunay was born to wealthy, bohemian parents in Paris in 1885. Following their divorce when he was four years old, Delaunay was sent to live with his aunt and uncle in La Ronchère near Bourges. As a child, Delaunay was listless and distracted, but he found stillness through making art. In adolescence Delaunay trained as a theatre designer at Ronsin’s Atelier in Belleville, and it was here that he first learned how to paint in a way that conveyed movement, drama and theatricality. 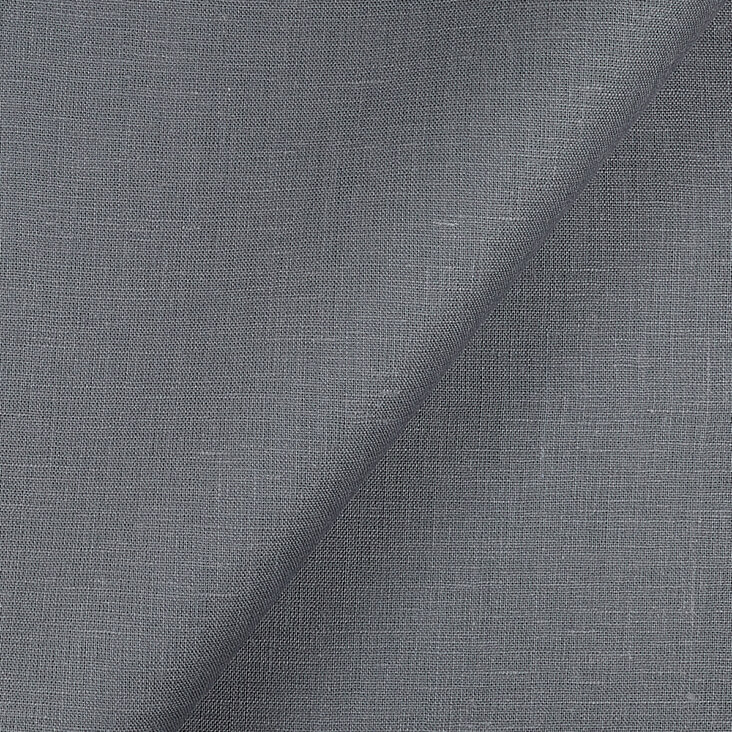 After travelling through Brittany and experiencing the art of the Post-Impressionists, Delaunay made the life-changing decision to become an artist. In 1909, Delaunay met and fell for his future wife Sonia Terk (later Sonia Delaunay) and she was instrumental in leading him towards this creative life. The pair were equally driven and ambitious, in time forming one of the European art world’s most successful power couples. During his early years in Paris, Delaunay adopted a Cubist style of painting as influenced by Pablo Picasso and Georges Braque, experimenting wildly with shattered pictorial conventions and broken, disjointed forms. The modern city of Paris, with its bustling, electrifying atmosphere of change was one of Delaunay’s greatest early inspirations, as seen in the painting The City of Paris, 1910. Here Delaunay demonstrates his raging love affair with the city of light, painting it as a shimmering arena of silvery greys and blues, while the Eiffel Tower and a series of female nudes are just visible in amongst the haze.

In the winter of 1907, Delaunay made a trip to the city of Laon in northern France, spending two weeks here painting the local scenery. Paysage de Laon, 1912, conveys the city shattered apart as streets, bridges and trees cross over and intersect with one another. A series of diagonal lines sweep us into the centre of the scene, where icy cold, silvery shades of blue and grey capture the freezing light of the French winter. Delaunay says of the series, “In mid-winter in the north, in the beautiful city of Laon, (I paint) what bold natural colours there are there at that time of year.” 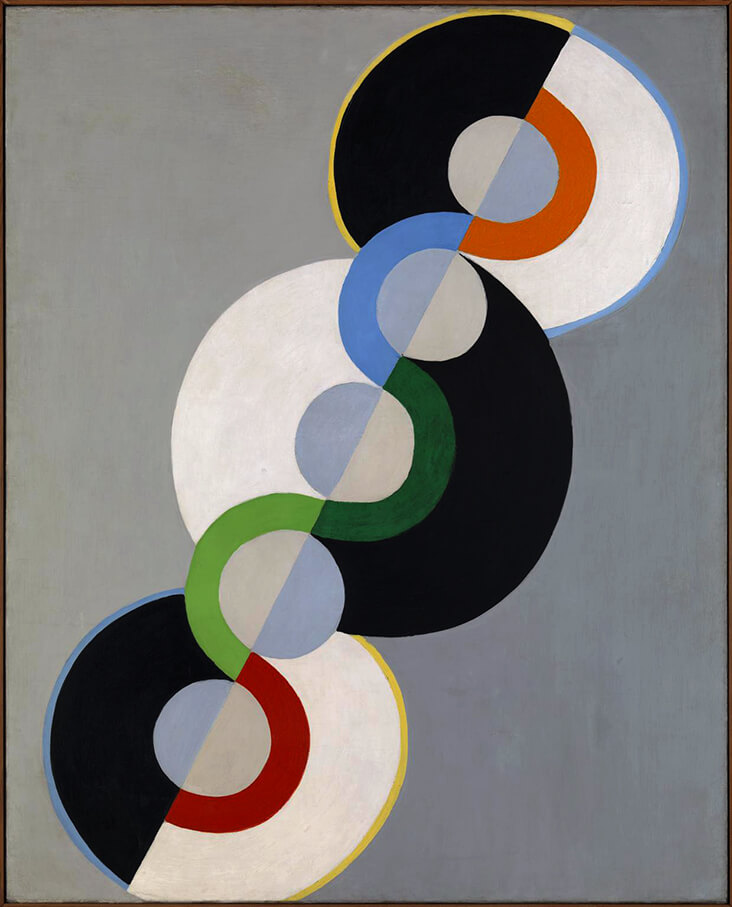 From 1913 to 1914, Delaunay painted a series of artworks in homage to the French aviator and airplane builder Louis Blériot. Delaunay saw Blériot’s achievements as the pinnacle of industrial technology, and his paintings celebrate the dawn of the machine age. In Homage to Blériot, 1914, circular forms mime airplane propellers, and also the circular energy of the sun, creating a harmonious synthesis between nature and technology. This painting typified Delaunay’s Orphist art, dominated by vibrant colours and concentric circles that create sonorous musicality and an “architecture of colour.” Bright hues are offset against steely shades of cool blue-grey, suggesting the glinting excitement of industry.

Throughout the pre-war years Delaunay was entranced by the city of Paris and it featured as a recurring theme in his art. Paris a l’Arc, 1914 illustrates the city dominated by a soaring rainbow, perhaps an analogy to its spirited atmosphere of optimism and hope, while mysterious greys and blues form puffs of dreamy cloud around the background spire of the Eiffel Tower. 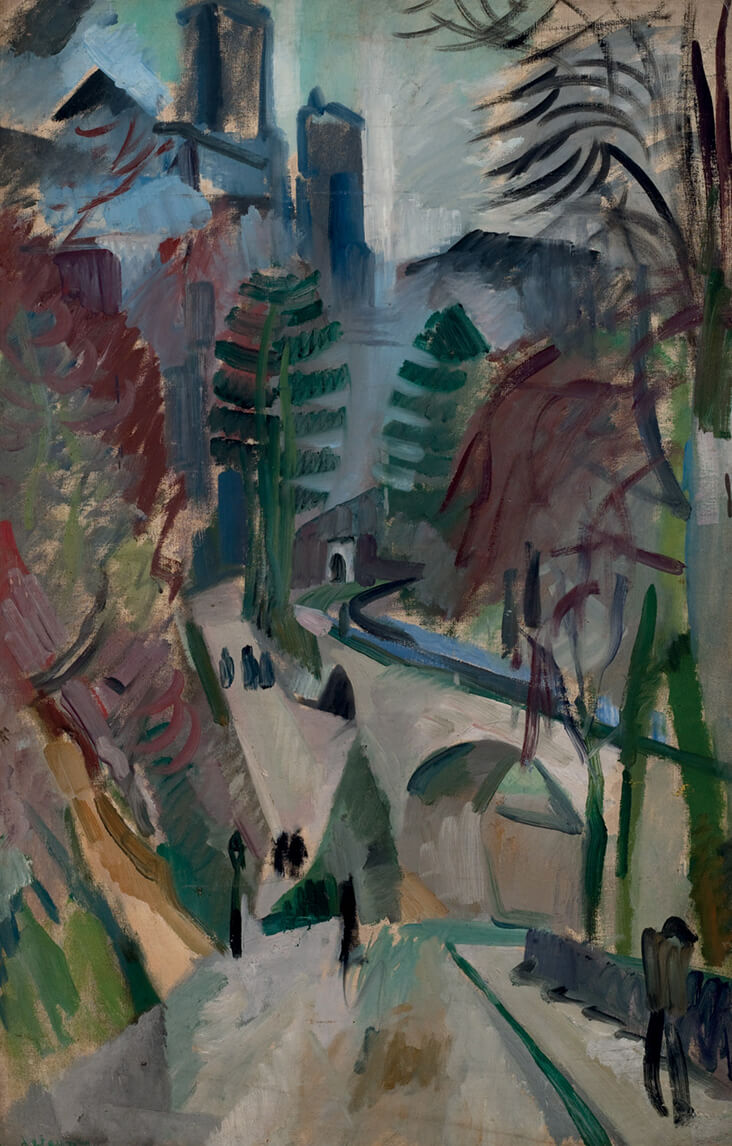 Like many artists, Delaunay’s productivity as an artist slowed down during and after the war. But by the 1930s he had begun working in a new, entirely abstract style that was cleaner and more refined, as influenced by his friendships with Piet Mondrian and Sophie Taeuber-Arp. Endless Rhythm, 1934 might show a new language of abstraction for Delaunay that is pared back and minimal. But his atmospheric approach to colour is the same as always – steely, metallic shades of mysterious grey-blue, broken into with luminescent halos of light.