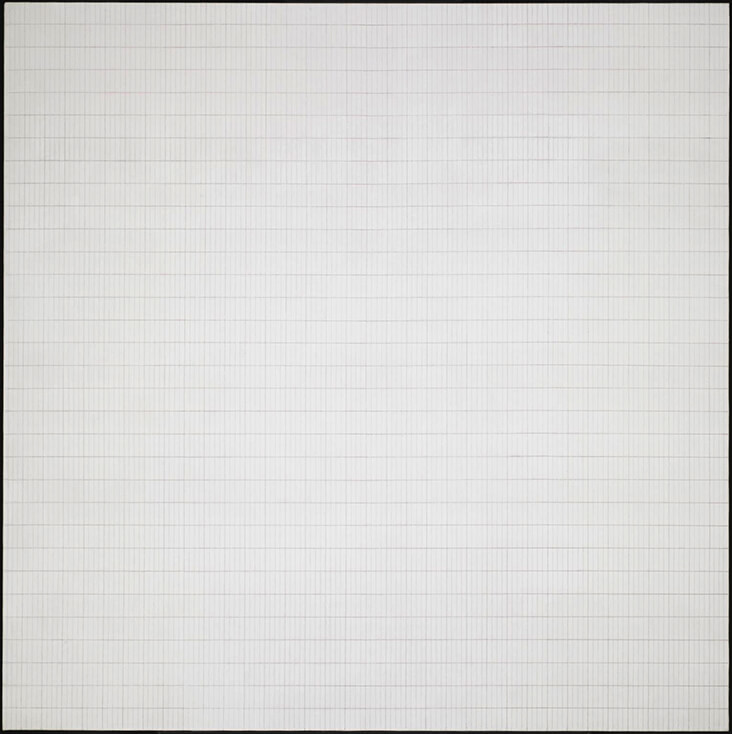 The warmth of GLACIER GRAY Linen shimmered through Agnes Martin’s paintings like light reflecting on water, encouraging us to enter a deep, meditative state of mind. A leading American Minimalist, Martin made her name in 1960s New York for her spare, refined canvases featuring delicate grids and stripes of pale, ghostly colour on epically scaled canvases. Far from cold and impersonal, Martin’s canvases spoke of humanity and warmth, with trembling hand-drawn lines, and rich surfaces that seem to glow with a transcendental radiance. “When I think of art I think of beauty,” she wrote, “Beauty is the mystery of life.”

Martin was born in Canada in 1912, but she moved between New York and Mexico as a young adult, searching for her place in the world. After studying portraiture, landscape and watercolour at the University of Mexico Martin trained as a teacher at the Columbia University Teachers College. The earliest known works in Martin’s oeuvre resembled Abstract Expressionism, with floating biomorphic forms painted in shades of grey, black and white. These paintings caught the eye of New York Gallerist Betty Parsons, who bought a series of these early works, giving Martin both the money and the confidence to move to New York in 1957. 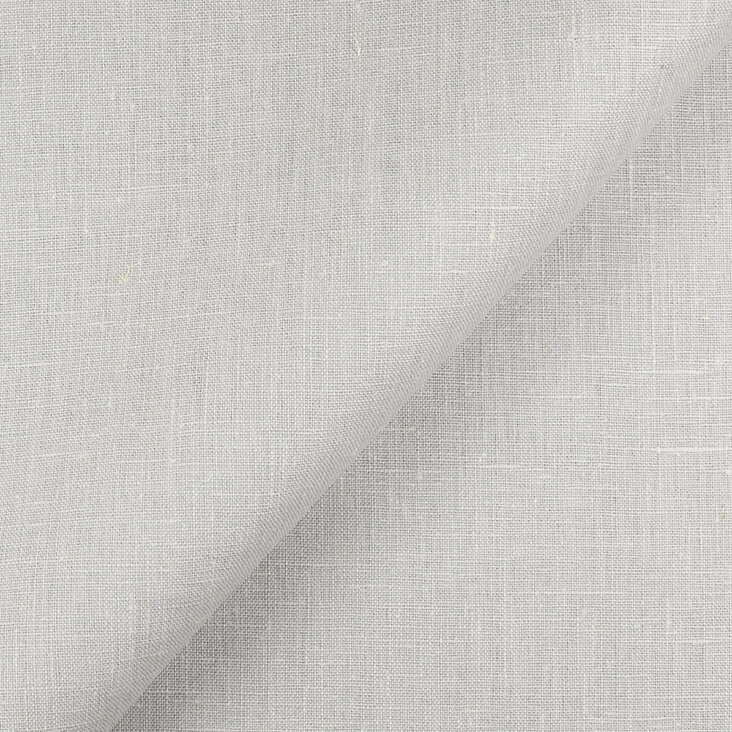 The work Martin made in her new studio in Coenties Slip, lower Manhattan was ramshackle and experimental, comprising drawings, paintings and assemblages, but little by little Martin’s signature voice began to shine through – that of colour fields drawn into with lines and strips of muted colour, echoing the rising trend for minimal styles around her. Over the next decade, Martin’s career took hold as a leading minimalist artist with a crisp, geometric language infused with inflections of poetry and the tranquil simplicity of Buddhism.

Landscape was a recurring theme in her art, invoked as sensation, feeling and transience with the barest of means. In the painting Morning, 1965, Martin draws a fine networked grid in red pencil and graphite over a grey backdrop, distilling the essence of morning freshness into its most fundamental components. Remembering the process of making this work, she observed, “I had to leave out a lot of things that one expects to see in a painting… I was painting about happiness and bliss and they are very simple states of mind I guess. Morning is a wonderful dawn, soft and fresh.” 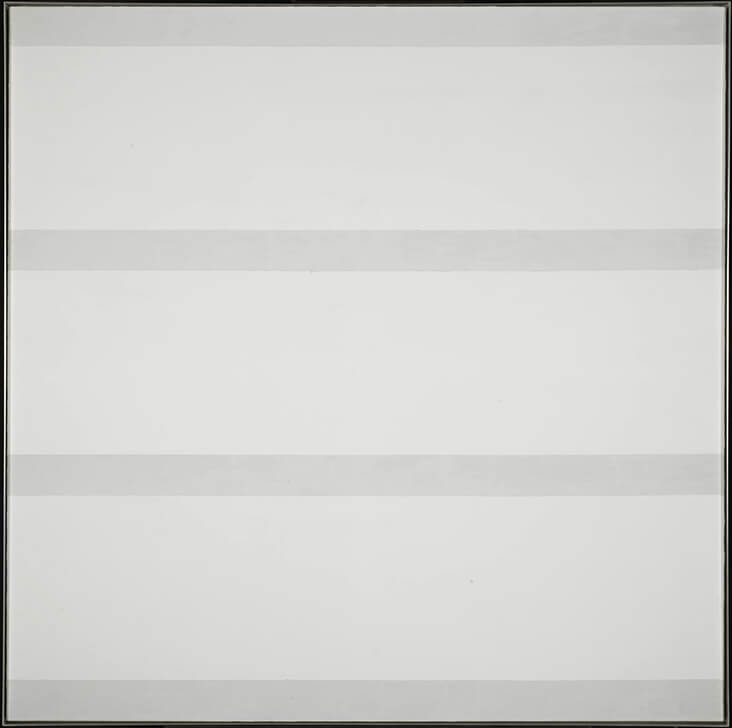 In 1967 Martin left New York in her campervan, travelling widely across the United States before settling in the wild and barren landscape of New Mexico. Here she found a blissful solitude that fuelled the intensity of her art, which became even more refined, ghostly and ephemeral, reflecting her tranquil and introspective state of mind in the vast stretches of isolated wilderness. Untitled #5, 1991 typifies the art she made between the 1970s and 1990s, with thin horizontal bands of grey stretching out across the canvas like warm water across the landscape. The pale, yellowish- grey washes of colour here are subtly irregular, much like the patterns of nature, while the faintest traces of fingerprints, drawn lines and brush strokes remind us this cool stretch of open space is made by the human hand.

In later paintings such as Happy Holiday, 1999 and Faraway Love, 1999, Martin’s passages of grey have become more modulated and uneven, made with loose washes of paint to resemble a wide-open expanse of sky. There is an inherent fragility here in Martin’s pale, watery washes of colour, invoking the fleeting, sublime sensations of happiness and longing more eloquently than ever, and illustrating the contended calm that Martin had found in the vast expanses of New Mexico.