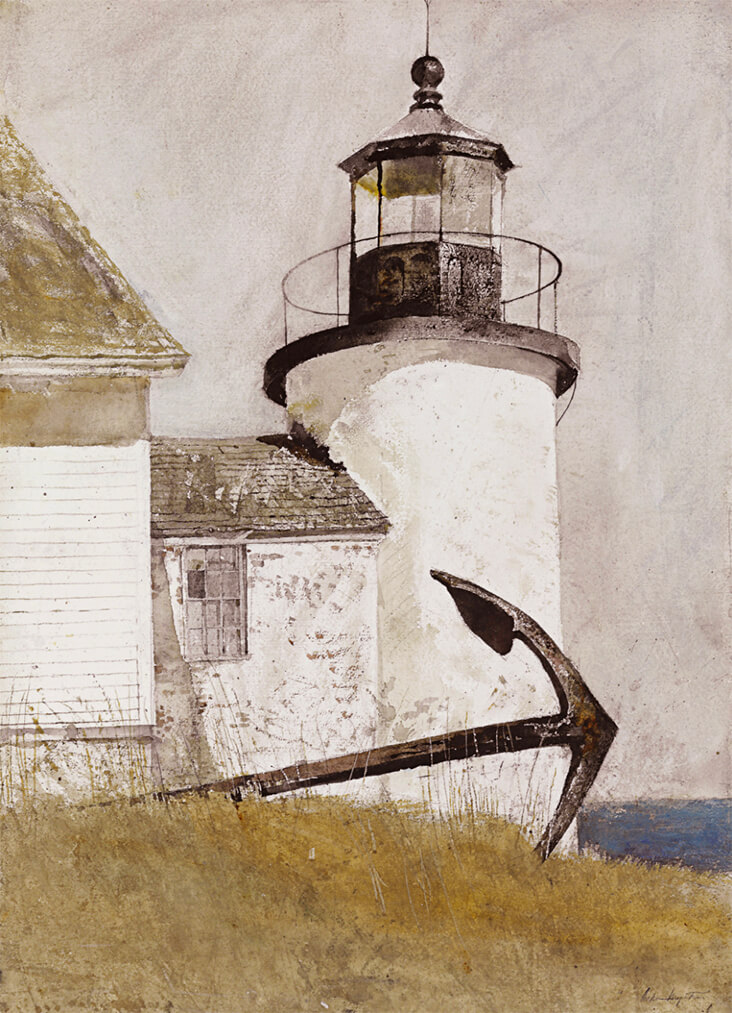 Andrew Wyeth’s paintings are an ode to the barren, melancholic wonder of the American outback, celebrating its long, parched grass and creaky buildings stained yellow in the sun. The golden glow of APPLE CINNAMON Linen tinged Wyeth’s paintings with the tart sweetness of homemade apple juice, infusing a comforting warmth into his otherwise lonely, abandoned scenes. This quietly humane quality at the heart of Wyeth’s art hints at secret stories playing out beneath the surface, leaving our imagination to fill in the rest. The actor Charlton Heston observed of Wyeth’s art, “Be dazzled, if you will, by what he does with his brushes, but look for what he puts beneath. Look for the mystery.”

Wyeth was born in 1917 in Chadds Ford, Pennsylvania, the youngest of five children. Because he was a fragile and sickly child, Wyeth’s parents chose to give him a home school education. Wyeth’s father was an illustrator who taught his son how to draw skilfully from a young age, while their creative home was filled with music, literature and storytelling. But Wyeth’s father also encouraged his son to look beyond the surface of reality for deeper meaning, instructing him, “To be a great artist requires emotional depth, an openness to look beyond self to the subject, and passion.” 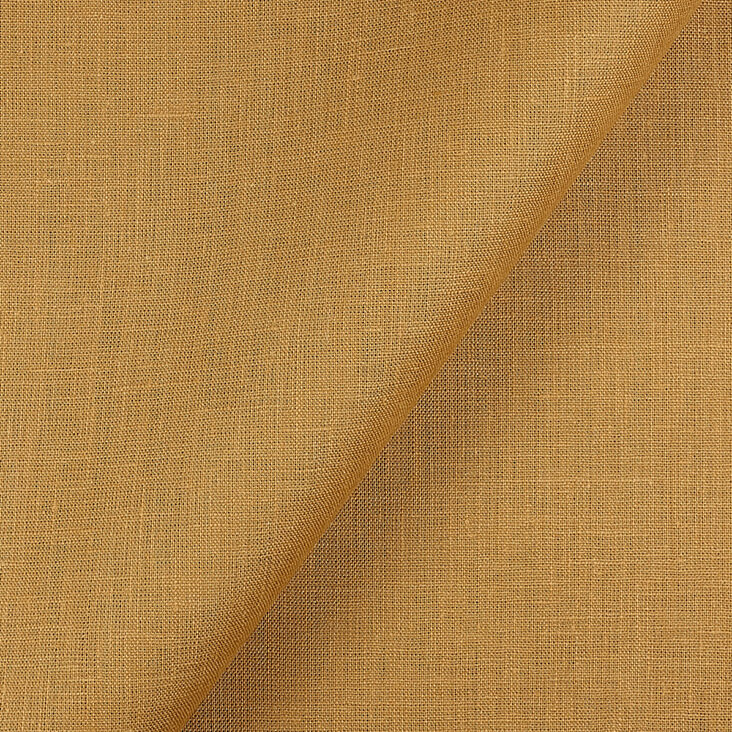 As a young adult Wyeth preferred to paint with watercolour rather than oils, finding the fluid and vividly coloured nature of the medium more immediate and forgiving. When he was 20 Wyeth took a series of his swiftly executed wet-brush watercolours to the New York art dealer Robert Macbeth, who was so impressed he offered Wyeth a solo show. Within two days of the exhibition opening, Wyeth’s entire series of watercolours sold out, earning him a reputation within New York’s art circles.

Throughout his 20s Wyeth moved increasingly towards a highly detailed style of realism, focussing on detail and design instead of colour and expression. Wyeth adopted the technique of egg tempera during this time, which allowed him to capture crisp, fine details, from individual blades of grass to strands of human hair. When Wyeth’s father bought a summer house in Maine, he would go with him from Pennsylvania every summer to paint; the light, elemental fragility of the ever-changing landscape was a constant source of fascination, as Wyeth explained, “Maine to me is almost like going to the surface of the moon. I feel things are just hanging on the surface and that it’s all going to blow away. In Maine, everything seems to be dwindling with terrific speed.” Wyeth met his wife in Maine in 1939, and they would divide their time between Chadds Ford and Maine for the rest of their long lives together. 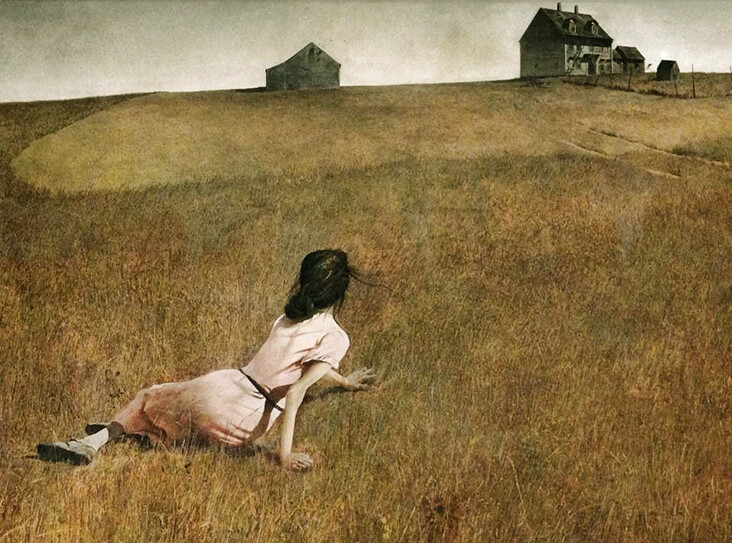 Christina’s World, 1948 is perhaps the most iconic painting Wyeth would ever make; the painting captures Anna Christina Olsen, Wyeth’s neighbour in Maine, who was disabled from the waist down. Wyeth draws us into her world, allowing us to see as she does the wide-open vista of Maine countryside from a low viewpoint, where an expanse of richly textured, yellowing grass weaves in and out of the light like a giant patchwork quilt. But the girl’s averted, dreamy gaze into the distance also implies this is an imaginary space, filled with the possibilities of the unknown.

In his later career, Wyeth would often paint with watercolour, working with a dry brush technique that allowed him to contrast fine detail with areas of rich, appealing texture. Deserted Light, 1977 is set in Maine, conveying a stark, abandoned lighthouse that looks out to sea. Its white exterior contrasts sharply with the menacing black anchor in the foreground, while scratchy long grasses are made yellow in the sunlight, a quietly glowing colour that flickers through the grey shadows beyond. Empty lighthouse windows suggest abandoned solitude, but in the house, one single pane is darkened, a shadowy hint of menace that suggests a life inside. 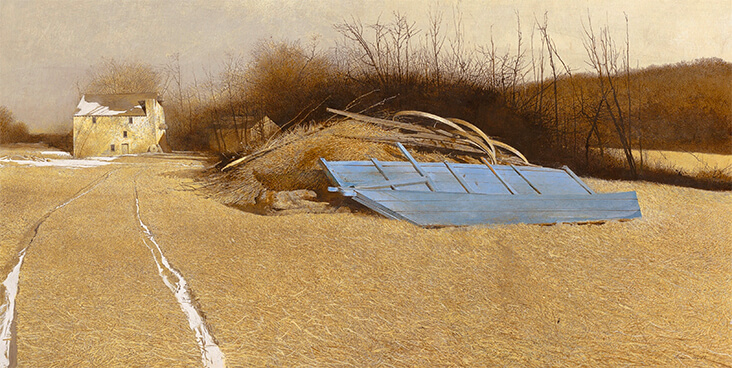 The immediately striking Flood Plain, 1986 is a tempera on panel painting that captures the stark, frosted grass of Wyeth’s home town in Chadds Ford in the depths of winter, as the landscape recovers from the destruction of a flood. In the foreground the collapsed remains of a ripped apart wagon lie sprawled out on the barren grasslands, a flash of entrancing sky blue that contrasts sharply with the mellow green and golden tones around it. Made several years later, the watercolour painting Messersmith’s, 1994 depicts the front porch of Joseph Messersmith, Wyeth’s neighbour in Chadds Ford. Wet passages of paint pool into the stormy grey and blue sky in the distance, while the building is lit up with streaks of golden shadow that draw us towards the empty chair and quiet window, a mere glimmer of the life lived here, without giving too much away.