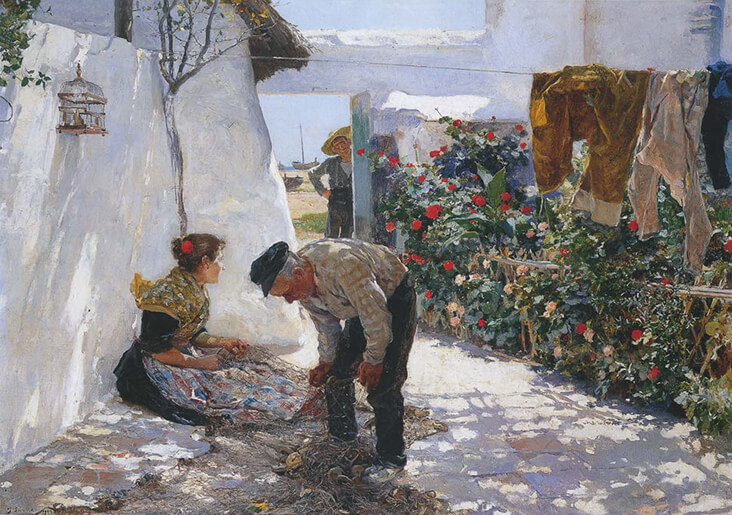 Nimbus Cloud Linen’s cold blue tone breezes through Joaquin Sorolla’s coastal scenes, filling them with the crisp, invigorating freshness of the Spanish coast. Starched fabric and painted stone buildings flicker in and out of the crisp white air, forming dappled patterns of pastel blue, white and lilac as fresh and cold as the ocean beyond. This blinding Mediterranean light was the defining feature of Sorolla’s art, a lifelong obsession that drove him to paint outdoor scenes throughout his entire career as he searched for ways to grasp the indefinable patterns of nature. “Every effect is so transient,” he observed “it must be rapidly painted.” 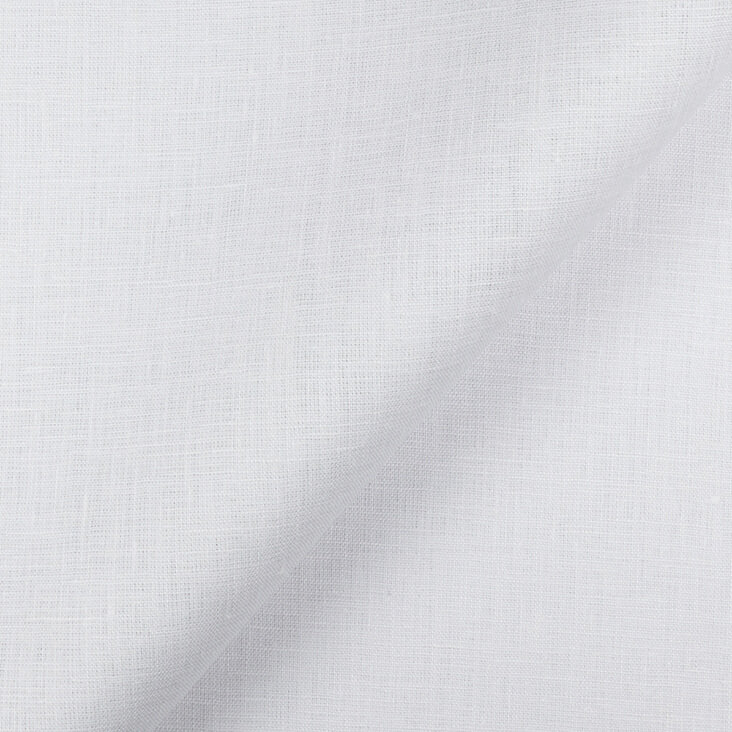 Born in Valencia in 1863, Sorolla was orphaned at a young age and grew up wit his mother’s relatives, who raised him as their own son. After studying art classes in Valencia and San Carlos, he moved to Madrid to study the work of the Spanish old masters including Zurbara, Velasquez and Ribera. At 21, he earned a four-year scholarship to study in Rome and Paris, where he first encountered the en plein air Realist painters including Jules Bastien-Lepage and Jean-Francois Millet.

On his return to Madrid in the 1880s, Sorolla pursued an academic approach to art, painting large scale mythological and historical scenes which were exhibited all across Europe, securing his reputation. This style was replaced in the 1890s by a renewed interest in the en plein air painting he had encountered as a student – from this period on his work became increasingly impressionistic, focussing on shifting light effects painted with swift, fluid brushstrokes. 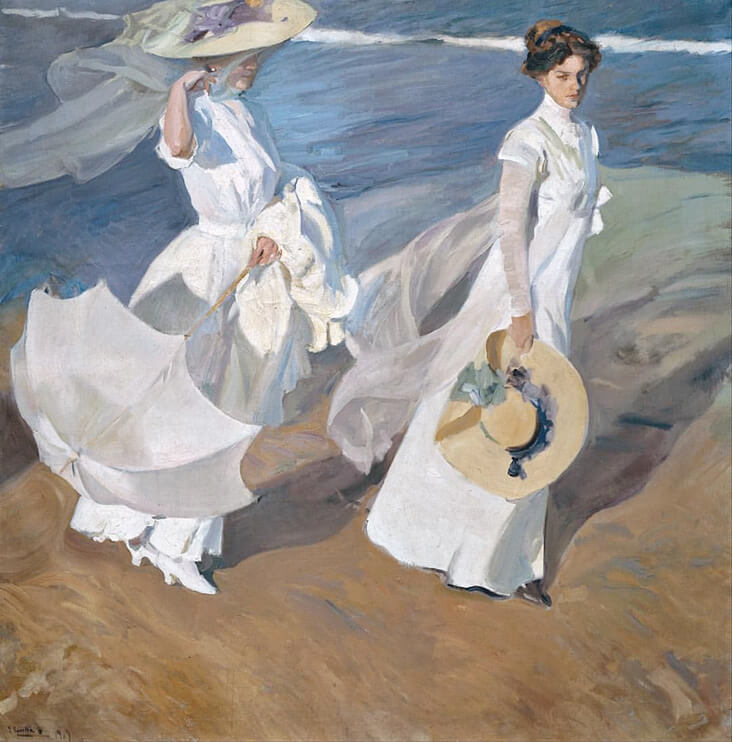 Strolling along the Seashore, 1909

Sorolla’s early impressionistic paintings leaned towards social commentary, capturing hardworking people going about their daily tasks with a sympathetic eye. Fishing Nets, 1893 typifies his art of the period, capturing ordinary people relaxing in their domestic space following a gruelling day of work. Although figures are central to his composition, the real subject in this work is Spanish sunlight, which scorches the white stone building and pathway before casting pale blue shadows in the cool patches of shade.

As his career developed, Sorolla continued to paint people in outdoor settings, but their role in his art was often secondary to the incredible light effects of his native Spain. Coastal scenes preoccupied his art of the early 20th century, allowing him to indulge in his love of fresh air and a stiff, invigorating breeze. Strolling along the Seashore, 1909 is awash with blasts of oceanic light, as luminescent white fabric falls into fresh blue shadows and merges into one with the lapping water beyond. 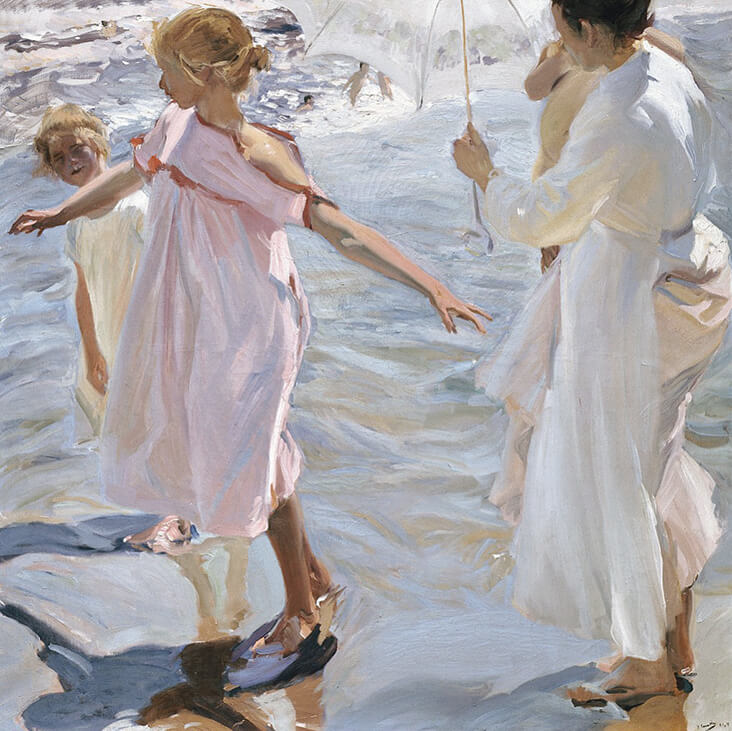 Painted in the same year, Time for a Bathe, 1909 is more painterly and transient, featuring the artist’s wife and children as paddlers on the beach, caught mid-motion as if dissolving into the foamy sea all around them. Sorolla captures the undulating surface of constantly moving water with thick, wavering passages of pastel blue and pale grey – these quietly nuanced shades gently weave into one another and continue throughout the ice-cream-coloured clothing and peachy skin of Sorolla’s family in the foreground.

In the later painting Elena at Cala de San Vicente, 1919, Sorolla captures his daughter Elena seen from behind as she balances precariously on rocks and looks out to the glossy water beyond. As with much of his work, Sorolla’s daughter is a pretext for the real subject – the quality of light all around her as the sun slowly sets across the sea. Subtly shifting shades of icy blue and pale grey are handled with masterful skill, allowing Elena’s dress to become pale shadow while the glassy blue water around her catches the last traces of sunlight on its shiny surface. In the centre the setting sun is molten gold, bleeding into the water for just a moment, before disappearing completely over the horizon.