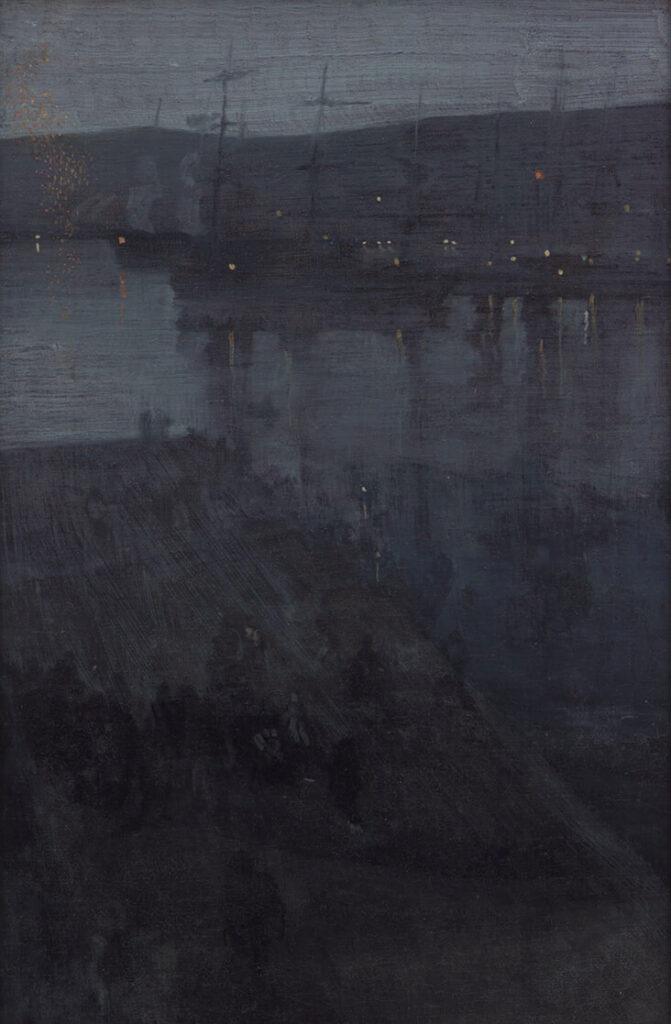 Nocturne in Blue and Gold: Valparaiso, 1874

GRAY PINSTRIPE Linen’s deep, dark almost-black swept across James Abbott McNeill Whistler’s enigmatic ‘Nocturnes’, capturing the quiet magic of cities descending into night. Made throughout the 1870s, Whistler’s night-time scenes portray urban scenes almost entirely cloaked by darkness, leaving only a smattering of twinkling lights or far-off fireworks in view. Painted from memory in his studio, they were all feeling and sensation, drawing us in to a mystical, imaginative world of his own making. He wrote, “By using the word ‘nocturne’ I wished to indicate an artistic interest alone, divesting the picture of any outside anecdotal interest which might have been otherwise attached to it. A nocturne is an arrangement of line, form and colour first.” 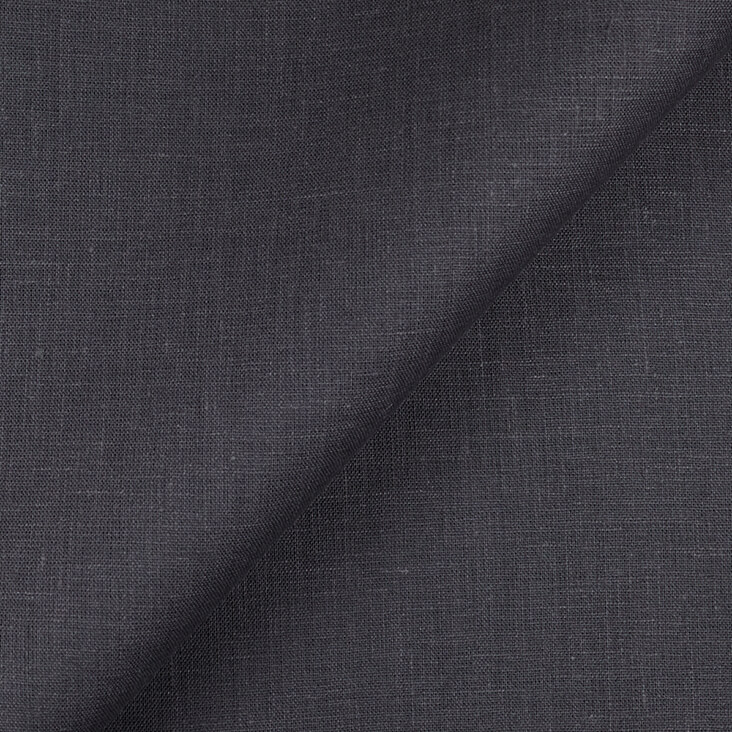 Born in Lowell, Massachusetts in 1834, Whistler was of Scottish-Irish ancestry. He was wild and tempestuous in character, but drawing had a soothing influence on his restless mind, helping him to stop and be still in the moment. In 1842, Whistler’s father found work on the railroad for Tsar Nicholas I in St Petersburg, where the family relocated. While living there, the precociously confident young Whistler showed his drawings to the esteemed painter Sir William Allan, who was greatly impressed, giving Whistler the confidence to enrol in art classes at the Russian Imperial Academy of Fine Arts. Whistler’s father sadly passed away just four years later, and the family returned to the United States, settling in Connecticut.

After a brief spell in the military, Whistler chose instead to return to art, finding his way to Paris in 1855. The gritty, urbanised realism of the French Modernist movement was of particular fascination to him, and he fell into a bohemian crowd of likeminded spirits including Henri Fantin-Latour and Alphonse Legros. Throughout the 1860s he continued to travel, moving mainly between Paris and London, where he enjoyed painting en plein air to capture the sights and sounds of the world around him. 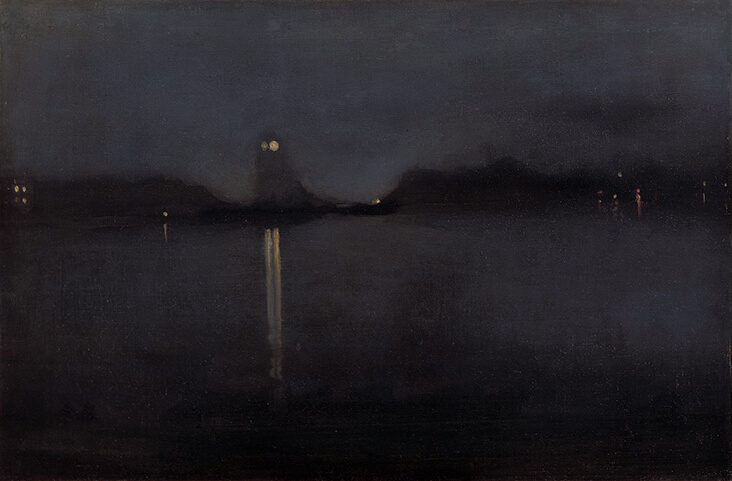 By 1863 Whistler had set up a permanent base in London, finding the murky, dark water of the River Thames an endless source of inspiration. Throughout this period Whistler began working increasingly from memory, likening his paintings to music by naming them with titles such as ‘Harmony’ and ‘Symphony.’ The ‘Nocturnes’ emerged from this period, capturing the peaceful, mesmerising tranquillity of nightfall across various urban landscapes.

Nocturne in Blue and Gold: Valparaiso, 1874 captures a view of the Chilean Port of Valparaiso which Whistler had visited some years earlier. Painted in ambient, close tones of grey, forest green, blue and black, only the faintest hint of a ship can be seen in the background, rendered as transient and ephemeral as a shadow with loose washes of paint applied in horizontal strokes. Nocturne in Black and Gold – The Fire Wheel, 1875 is livelier and more excited, with sprinkled sparks of paint conveying the fiery glow of fireworks against a deep shade of green darkness. 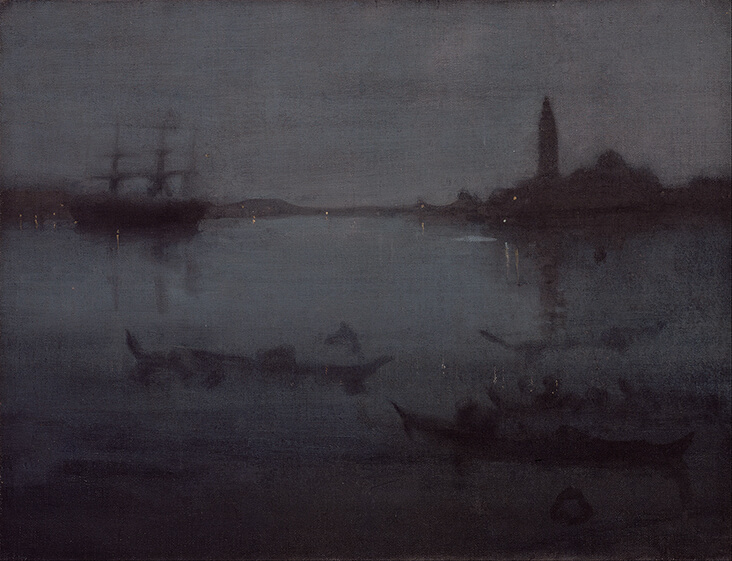 The later Nocturne, 1877 is sleeker and more refined, conveying the River Thames as a velvety pocket of darkness with melting passages of green, purple and blue that converge and threaten to turn black. This shadowy vision of night is punctuated by just a few tiny reflective lights, which in the centre form a long column of reflective light in the shape of the letter ‘i’, a potent metaphor for the lonely 19th century flaneur trying to find his place in urban society, a role Whistler strongly identified with.

Nocturne in Blue and Silver: The Lagoon, Venice, 1879-1880 takes us on a night-time trip to Venice, where silent boats hover weightlessly on glassy water and speckled lights dance like animated fireflies. Watery washes of blue, dark green and black sweep over one another, conveying the mysterious fragility of night, when solid objects seem to melt into air.