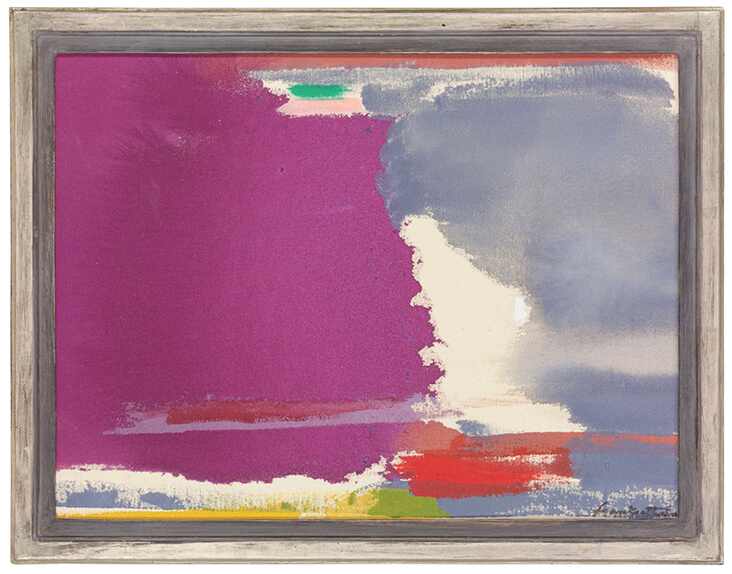 Colour was a vital component for the legendary Abstract Expressionist Helen Frankenthaler, allowing her to express deeply felt moods, emotions and memories with a rich and evocative language. Ambient greys tinged with lilac, like FALCON GRAY Linen, were a recurring favourite, which she would dilute into watery liquids and pour liberally onto her canvases so they would soak deep into the weave of the fabric, a pioneering technique that became known as the ‘soak-stain’ effect. Resulting bruise-tinged marks and blooms invoke the moody, atmospheric light effects of landscape, suggesting a sun-streaked evening sky or flickering ocean waves. Esteemed art critic Hilton Kramer called this canny visual trickery “…landscapes distilled into a chromatic essence.”

Frankenthaler made her name as an artist in 1950s New York, one of only a handful of women associated with the Abstract Expressionist movement that took the art world by storm. Her story began in 1928 in New York, where she was born and raised, before attending the Dalton High School where she showed early artistic promise. She went on to study at Bennington College in Vermont, followed by training with the pioneering expressionist artist and teacher Hans Hofmann, who taught how to free up her painting style and allow paint, action and process to take over. Through Hofmann, Frankenthaler was also exposed to the revolutionary work of the first-generation Abstract Expressionists including Willem De Kooning, Mark Rothko, and Lee Krasner, who had a profound influence on her painting style. 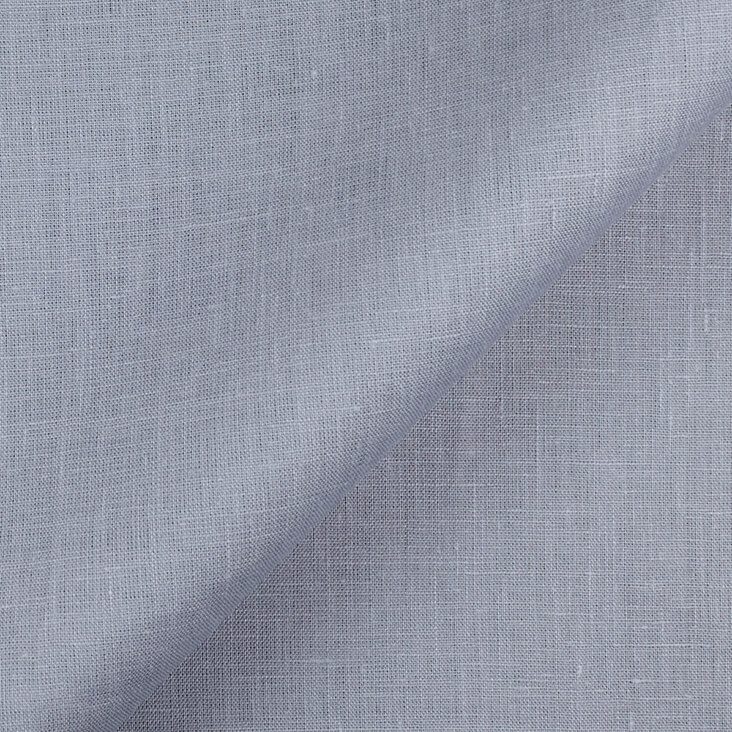 A big breakthrough came for Frankenthaler in 1952 with the painting Mountains and Sea, which was made by pouring loose, thin washes of acrylic paint onto raw, un-primed canvas to create shimmering veils of colour. Like Pollock, Frankenthaler worked flat on the floor, moving around the painting to create an ‘all-over’ decentralised and entirely improvised design, but her resonant, emotional and subtly nuanced approach to colour was more closely tied to Rothko’s glowing spiritualism. This fluid and deeply expressive way of working became Frankenthaler’s signature style, and by the end of the 1960s she was receiving widespread recognition as a key player in the second wave of Abstract Expressionism, alongside the painters Barnett Newman and Joan Mitchell. 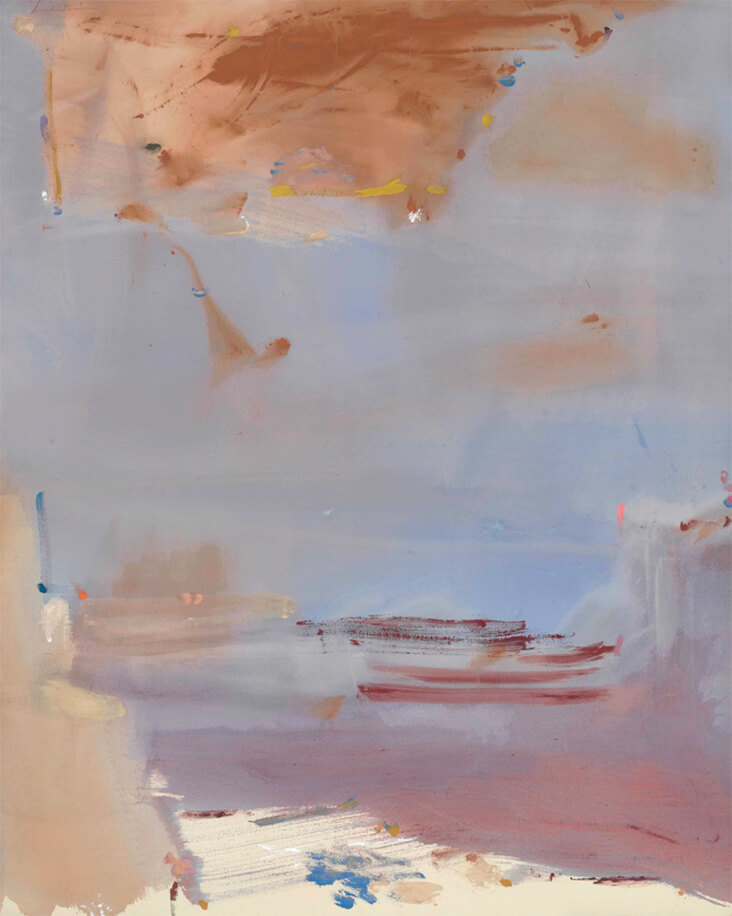 Throughout the 1970s Frankenthaler’s paintings became more simplified, pared back and refined, often featuring only a handful of colours carefully chosen for their brooding atmospheric effects. In the painting Untitled, 1975, a heady, indulgent plum shade sweeps across the entire left side, but its overpowering tartness is tempered by calming strokes of lilac grey on the right, which open out across the horizon like dappled patches of untouched sky. In the later painting Float, 1977, the same blushing grey sky colour almost dominates the entire canvas, forming loose, transparent washes that are only slightly broken into with unexpected streaks of pale brown and wine red. 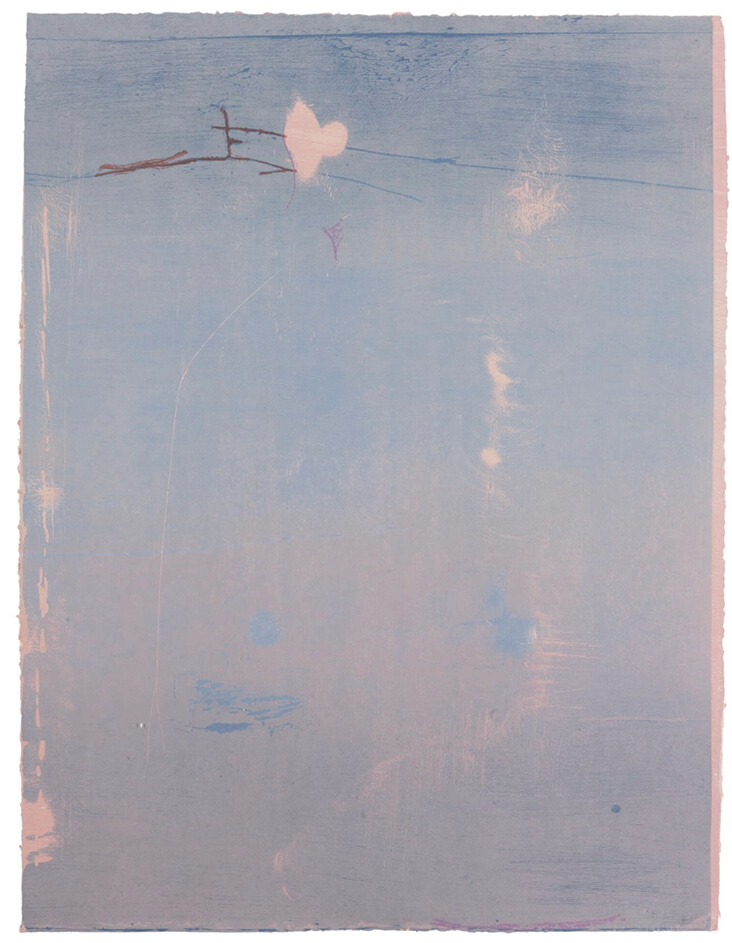 A great experimenter, Frankenthaler explored a wide range of media alongside painting, and she found a particular kind of expressive freedom through woodblock printmaking. Her prints are now recognised as an important contribution to the mid-century ‘print renaissance’ that combined traditional print techniques with modernist, abstract styles of working.  The woodcut print Cameo (Harrison 75), 1980 reveals Frankenthaler’s subtle mastery of the technique, as thin, flickering layers of pink and dusty grey overlap and intermingle with one another to invoke the glowing ambience of evening sky, still faintly coloured by the last traces of sunset. Made in the same year, the painting Shippan Pt., July, II., 1980 shares a remarkably similar spirit, as almost invisible washes of blue, grey and pale pink shimmer into and over one another, invoking the multi-layered depth and complexity of water sparkling in the early morning light.