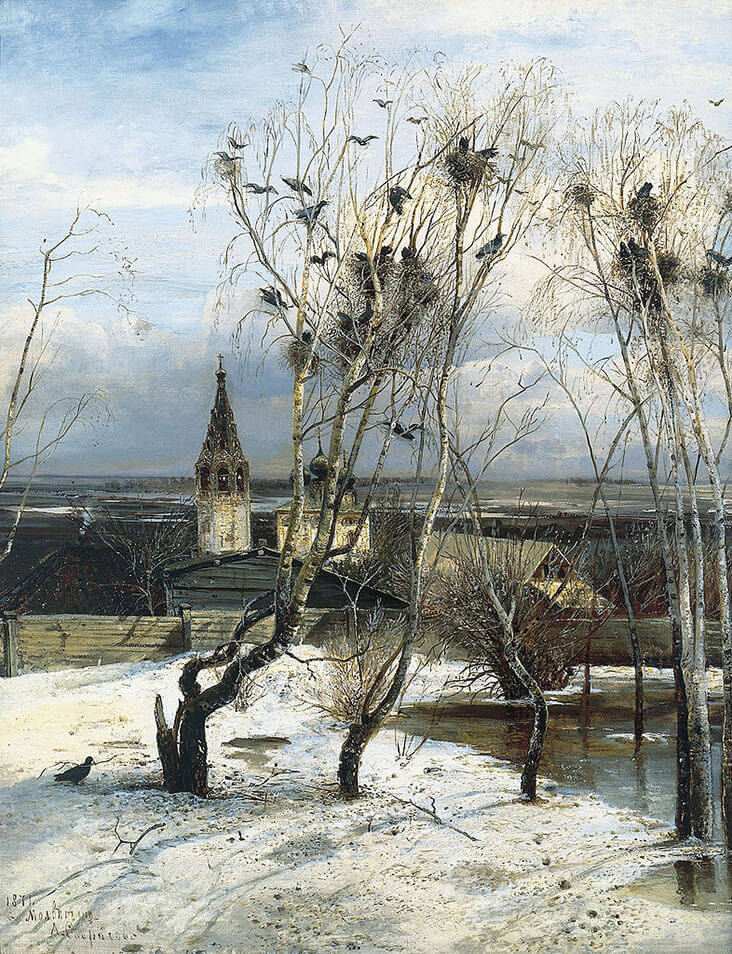 19th century painter Alexei Savrasov portrayed stunning, Romanticised visions of the Russian landscape, capturing the sparkling freshness and icy air of winter when everything was obscured by layers and layers of snow. Sensitively attuned to the natural world at this time of year, he carefully observed how subtle shades of bluish grey like that of FOG Linen could appear in snowy shadows, or emerge from puffy passages of cloud overhead, capturing the unique, sparkling light of a Russian winter wonderland. Savrasov’s pupil, the artist Isaak Levitan wrote in homage to his teacher, “Savrasov was the father of Russian landscape painting, and this undisputed merit of his will never be forgotten in the field of Russian art.”

Born in 1830 in Moscow, Savrasov began to draw from an early age. In 1844 he was taken on as a student with the esteemed painter Karl Rabus at the Moscow School of Painting, Sculpture and Architecture, where he specialised in landscape painting. In the later 1840s Savrasov travelled throughout Southern Russia where he was dazzled by views of Odessa and Ukraine, and the Romanticised, dramatic paintings he produced as inspired by the Russian wilderness won Savrasov several prestigious awards. 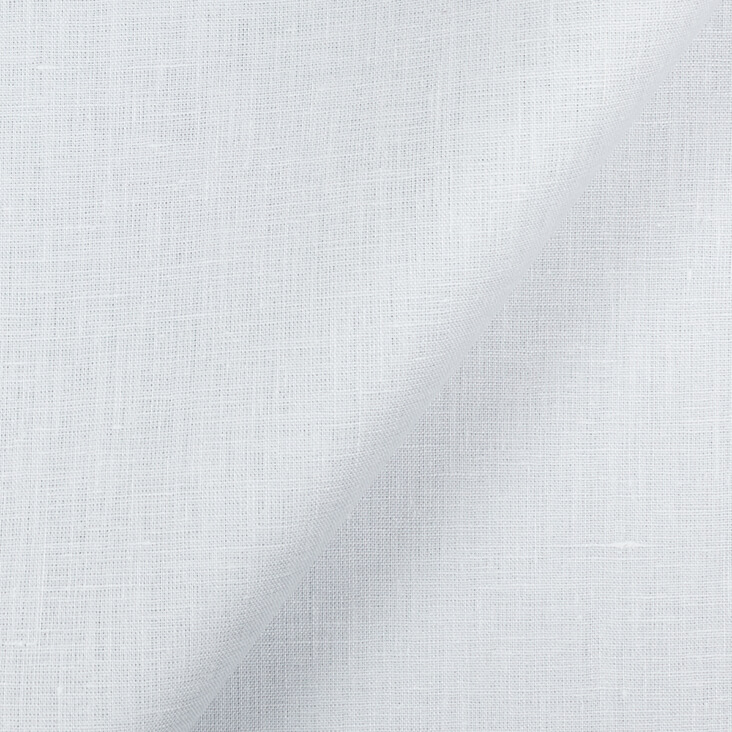 As his career progressed Savrasov focussed increasingly on the lyrical, poetic power of nature, carefully observing nuanced changes in light, tone and colour with shifting patterns of weather. Winter and early spring were his favourite time of year when life was brought to a hushed standstill by freezing mounds of ice, fog and snow. In the early 1870s, he travelled to the Volga, staying in Yaroslavl, near Kostroma, where he found a tranquil environment in which people co-existed in close harmony with the land. “The quiet little atmosphere at Yaroslavl allows me to concentrate on art,” he wrote in a letter to a friend. One of Savrasov’s most famous paintings of all time was inspired by this peaceful escape, titled The Rooks Have Come Back, 1871. This painting captures the slight shift from winter into spring, as rooks returning home from a warmer climate gather on the skinny, skeletal branches of bare winter trees. These naked trees cast grey and blue shadows onto streaks of melting snow below, colours which are echoed in the dispersed clouds across the horizon. 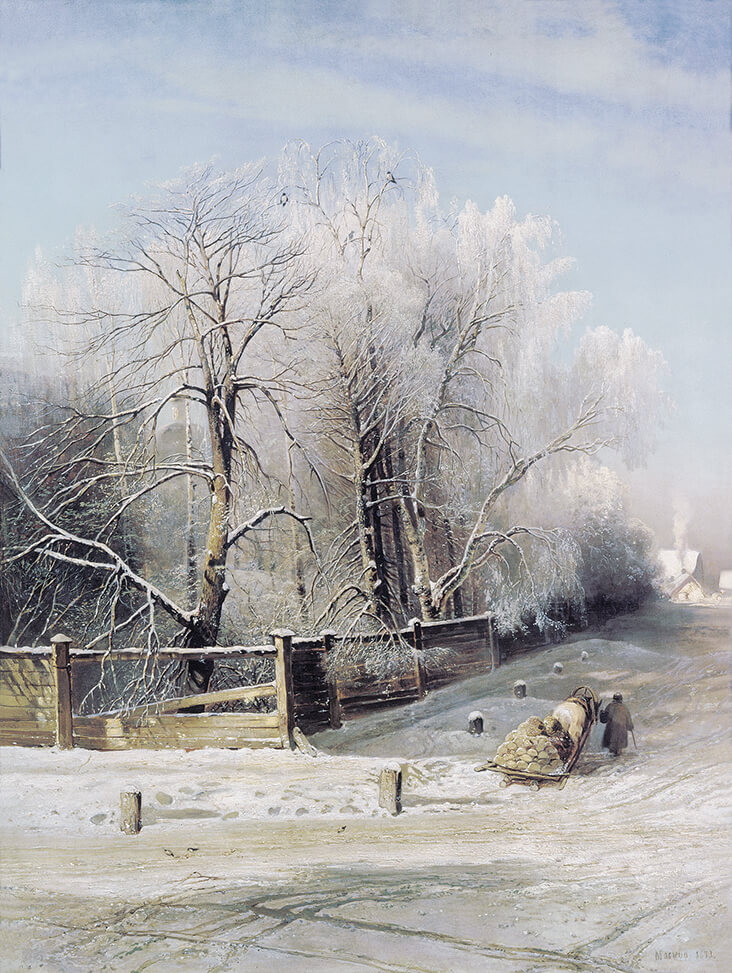 In the later Winter Landscape. Moscow, 1873, the arctic depths of Russian winter are captured with fresh, icy shades of grey, white and blue, while tiny cottage windows and a thick thatched roof in the distance point towards subtle signs of life. Soft, billowing wafts of snow on the ground are echoed in the icy, freezing puffs of cloud overhead, as land and sky almost merge into one. In The Yard, Winter, 1870s hints of blue sky are just about visible, while low hanging wafts of pale blue arctic air seem to bristle through the snow-covered trees and onto the shadowy ground below. One tiny, shrouded figure pulls long tracks through the iridescent white ground, capturing the engulfing magnitude of this wild and inhospitable terrain. 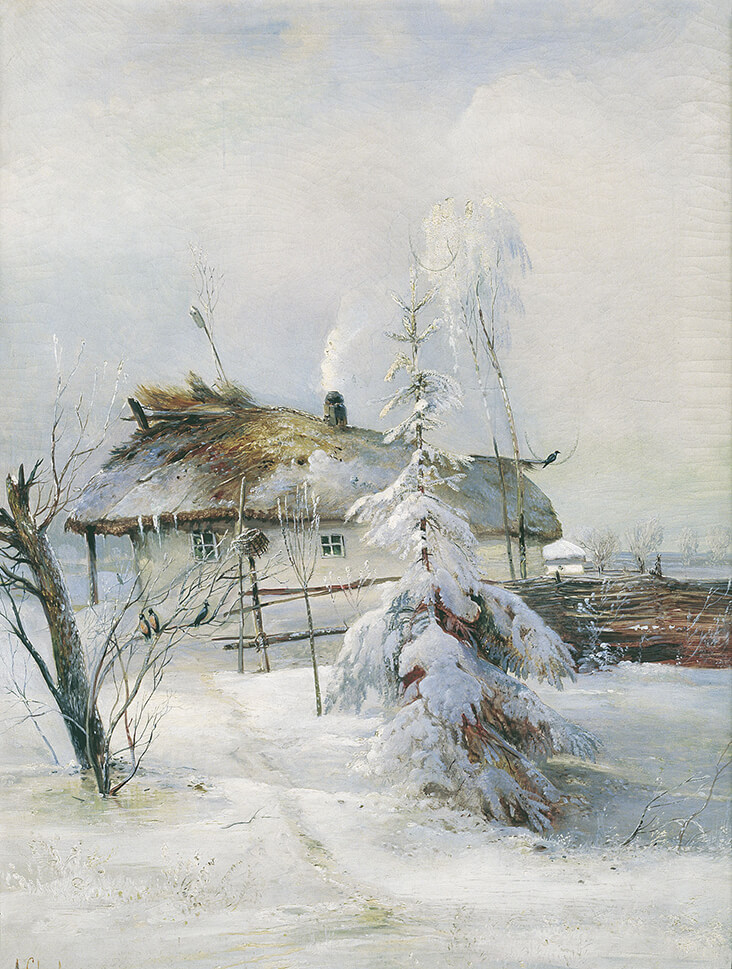 Savrasov struggled with ill health in his later years, but he continued to paint prolifically, making ongoing studies of the Russian landscape. Many paintings of this period were starker and simpler in composition, focussing on the atmospheric effects of tempestuous skies amidst barren winter landscapes. In both Early Spring, Thaw, 1885 and The Village in Winter, 1880-1890, just a few tall, slim trees form vertical strands that reach upwards into the clouds. Cool strands of blue stretch out in bands along a low-lying horizon, leaving more room for the artist to convey the huge, overwhelming skies and freezing, invigorating air of the Russian wilderness he so loved.

Hitomezashi Sashiko on The Ashton Top: Part ONE

This is a tutorial where I will be sharing how I embellish the Ashton Top (designed by Helen’s Closet Patterns) with Hitomezashi Sashiko. The tutorial is divided into two parts, and in the first instalment, we will be focusing on preparing the grid for Sashiko-stitching on the Ashton Top. After drawing the grid on the…

If you like sewing your own clothes, there will be a time where you will come across a pattern that requires knowing how to sew set-in sleeves and attaching them to the bodice. And this is when this tutorial will come in handy. A set-in sleeve is the most basic of sleeves and as its…