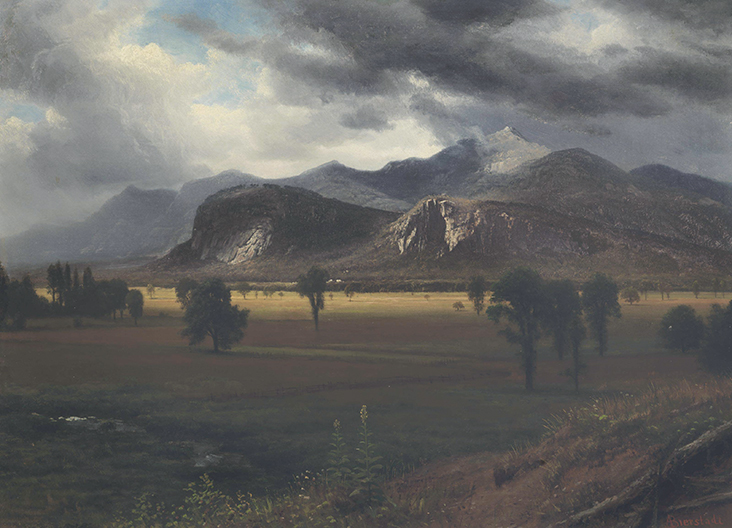 Although he was born in Solingen, Germany, Bierstadt’s family moved to Massachusetts when he was just two years old, and he remained in the United States for almost all of his adult life. In 1853 Bierstadt returned to Germany to study fine art in Dusseldorf, perfecting his landscape painting skills in the country’s vast stretches of Alpine forestry. On his return to America in 1857 he settled with a base in New York, but he joined several survey expedition teams linked to the Western Expansion, which allowed him to travel across large expanses of unchartered territory. Bierstadt was blown away by the epic mountain ranges and jagged rock formations of wild America and began documenting them with a large series of sketches and photographs. On his return to New York, he made a series of huge paintings capturing the stunning topographical detail and atmospheric drama of the land, portraying a rugged and romanticised vision of America to an astonished audience. 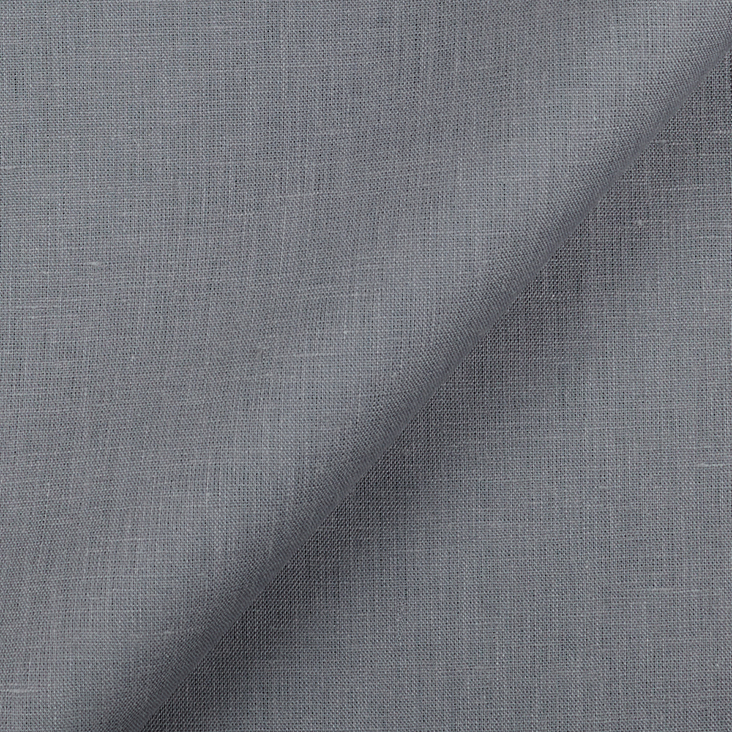 In 1862 Bierstadt stayed at the historic Conway House in Maine, from where he made expeditions out into the surrounding landscape to paint. The deeply atmospheric Storm Over Conway Meadow, New Hampshire, 1862 captures a huge, changeable sky filled with puffy, billowing clouds in shades of white, silver and grey, while the farthest away, unreachable mountains fall into pockets of bruised indigo grey, investing them with an enigmatic and poetic wonder.

The later King Lake, California, 1870-75 portrays the view through a cavernous valley onto King Lake in California. Glistening light sparkles across a tiny streak of water below, while huge, looming rock faces are tinged with lilac shades of grey, casting them into the far away distance. A Western Waterfall, 1875 captures a more closed in view with only a tiny glimpse of blue sky above, as a gushing waterfall tumbles over uneven, careworn rocks. Fervent, lush greens colour the abundant foreground with juicy signs of life, while soft greys and blues dilute background into a shimmering haze, suggesting the cold and misty atmosphere of cascading natural water. 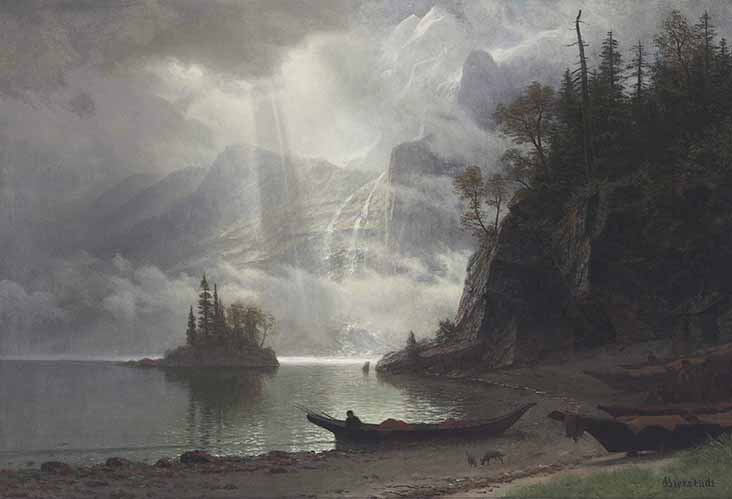 Island in the Lake, 1889, image via Christie’s, London

Made in the same year, Yosemite, 1875 is an important commemoration of the sublime American landscape, capturing greyish blue, hazy rocks looming like large, imposing spectres over the tiny green trees far below. Above them, the sharp blue sky opens out with a refreshing and invigorating brightness that ignites fresh air across the entre scene. 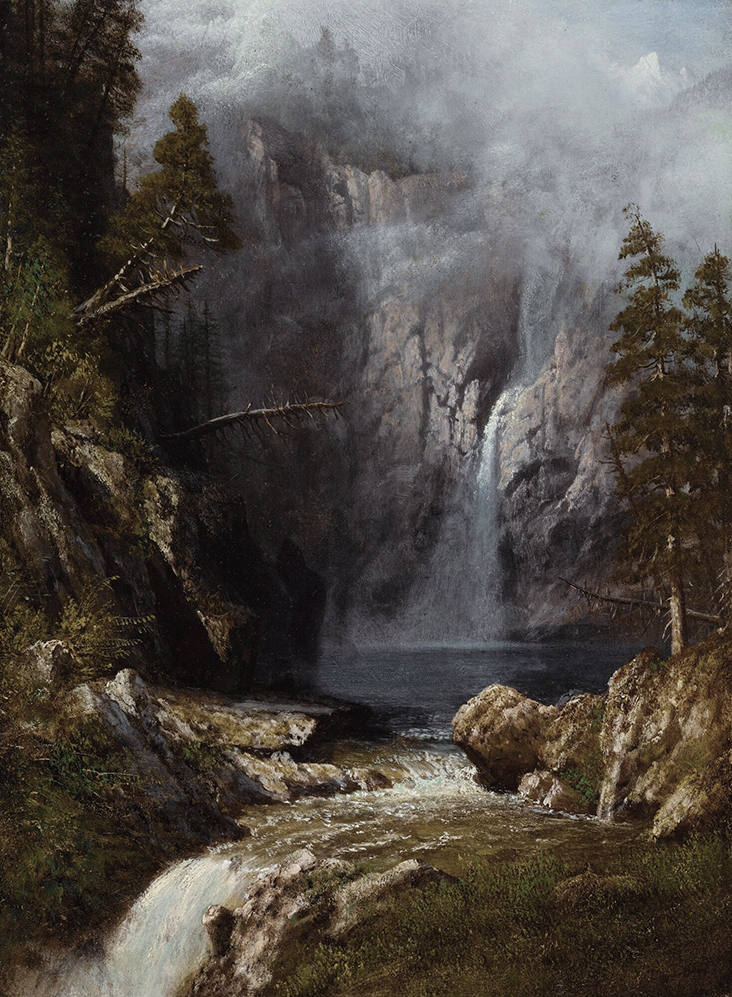 In 1889 Bierstadt was invited by the Canadian Pacific Railroad to paint the stunning scenery along the train tracks. During this trip Bierstadt boarded a steamer ship that was travelling from Victoria, Canada, to Northern British Columbia and Southern Alaska, but the boat crashed into a reef on Revillagigedo Island in Loring Bay, Alaska, forcing passengers to camp out for five days near the lake. Ever the adventurer, Bierstadt sized the opportunity to make a series of sketches and studies in paint throughout his wild experience. The painting Island in the Lake, 1889 was inspired by this unexpected journey, conveying the wild and dangerous beauty of nature with black, menacing shards of rock in the foreground and a luminescent sky split apart by shards of light overhead. High peaked mountains peek out from low hanging wisps of cloud, made solid with moody patches of bruised blue and grey shadow scattered here and there. Looming silently in the distance, these mountains have a timeless permanence, acting as totemic emblems of nature’s enduring power.