SHOP LINEN
Home LIFE LOVERS Fire and Passion: Fabric in the Baroque and Beyond
Return to Previous Page

Fire and Passion: Fabric in the Baroque and Beyond 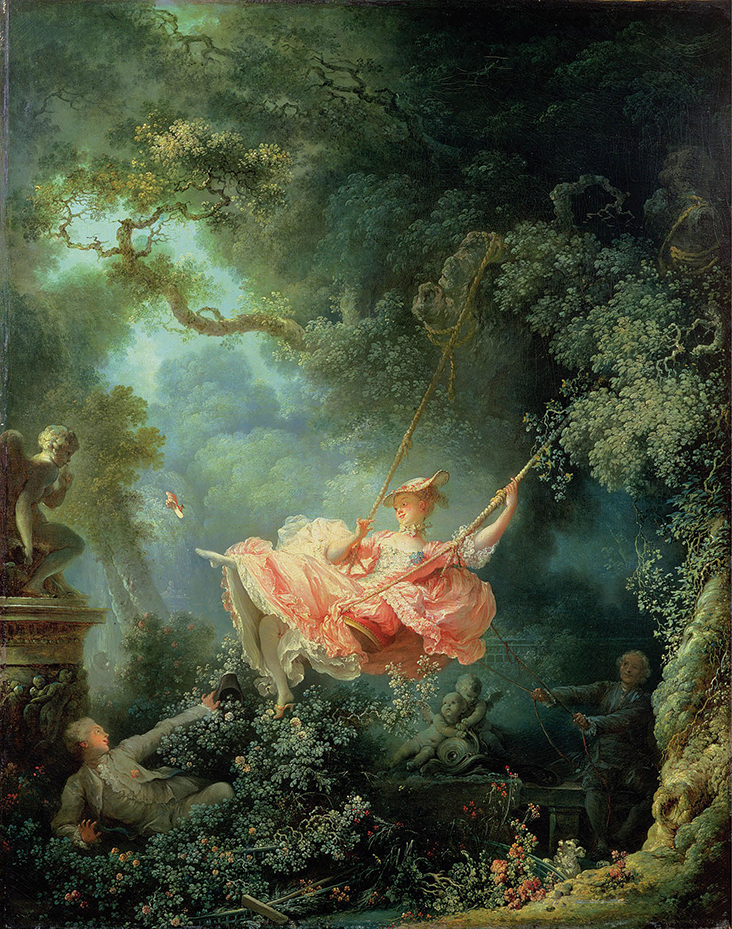 “At the beginning of the seventeenth century, flame-like rivers of cloth could billow behind a prosperous citizen, or flow over his shoulder and across his lap.” Anne Hollander

The Baroque era was fuelled by intense, fiery passion and raw emotional impact. Like Renaissance and Mannerist artists before them, Baroque visionaries from the mid-17th to mid-18th century adopted the lyrical language of fabric, allowing its sensuous, flowing energy to pulsate through their work. Rippling folds of fabric cascaded with unrestrained freedom, drifting in gusts towards the ethereal realms of heaven. Other artists were seduced by fabrics that were dark, earthy and mysterious, capturing them descending into the comforting pockets of night. 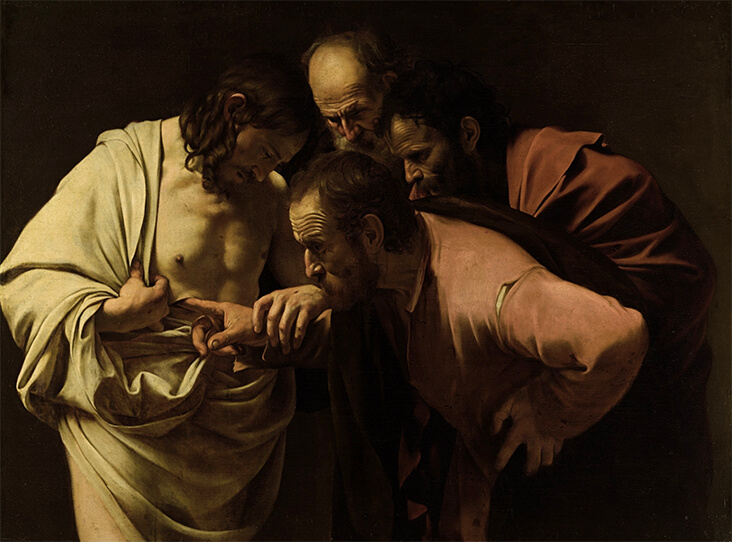 Caravaggio, The Incredulity of St Thomas, 1601-2

The lusty, sinful language of Italian artist Caravaggio had a profound impact on Baroque painting. Dubbed the “father of Baroque,” his earthy toned drapes fell in and out of the darkness with a theatrical tenebrism and chiaroscuro that stunned audiences. In The Incredulity of St Thomas, 1601-2, shabby clothing in warm tones of ochre and off-white are transformed into trembling passages of light and dark that dramatize the excruciating tension of the story, while Christ’s skin creases, folds and moulds into one with his flesh toned drapes.

Caravaggio’s dark, unfolding drama had a profound impact on the Spanish painter Diego Velasquez, particularly the elevation of ordinary scenes into the wondrous and mystical. In his bodegones, or tavern scenes, he painted simple, ordinary people emerging from shadowy darkness into the glaring light, as seen in the world-renowned Old Woman Cooking Eggs, 1618. Made at the start of his illustrious career, he showcases his early, precocious talent with an astute balance of conflicting fabric surfaces, from the sheer lightness of the woman’s veil to the thick, solid weight of her ombre toned sleeves and bodice. 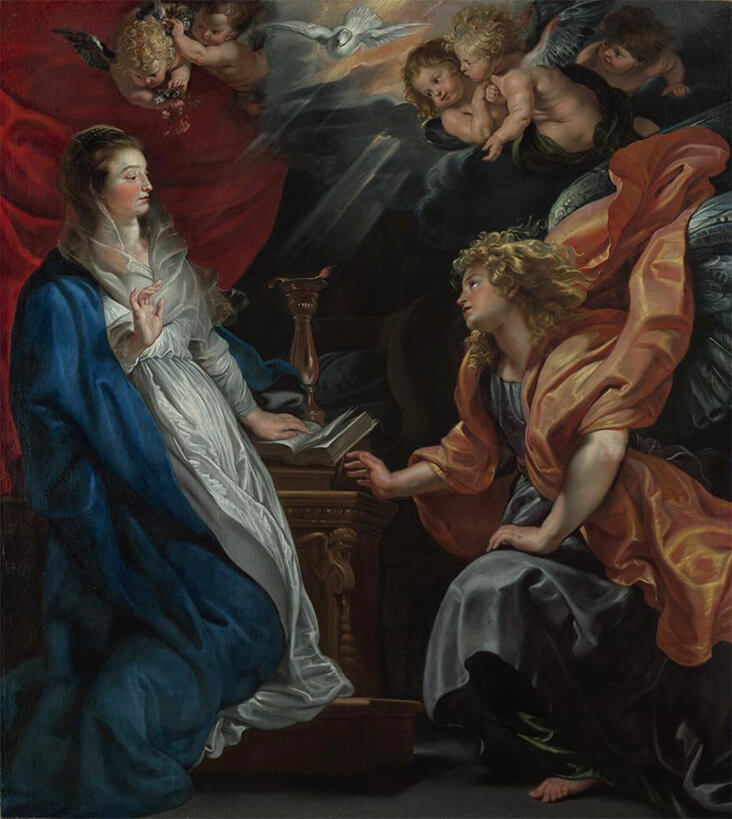 Flemish painter Peter Paul Rubens also mimed the earthy tones and theatricality of Caravaggio, but his spiritual and expressive explorations of fabric came straight from the Mannerist art of Italy, particularly the sensuous, flowing drapery of Titian, Veronese and Tintoretto. Wildly dramatic, his spectacular scenes are brought to life with swathes of sweeping, flowing drapes that swim around bodies and drift off as if caught by the wind. In his 1610 portrayal of The Annunciation, the golden drapes of his angel swarm his body with an iridescent, golden sheen, flowing out behind him with a sculptural form that defies all logic, invoking the realms of divine, spiritual enlightenment. 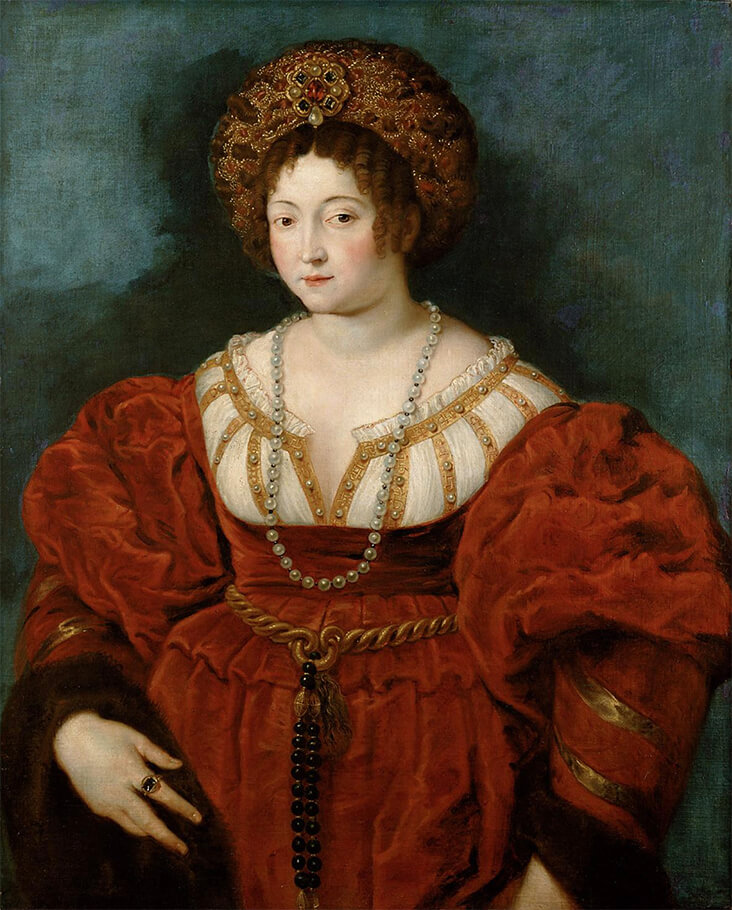 After training under Rubens in Antwerp, Anthony van Dyck travelled throughout Italy and the Netherlands, before taking the Baroque language with him to the English royal courts. Portraits of the wealthy elite were his calling card, but his artful and fantastical display of glimmering, Baroque drapery performed a magical act of transformation, elevating subjects into forceful, almighty figures. In the gloriously transcendent Rachel du Ruvigny, Countess of Southampton, 1640, the sitter’s overwhelmingly glossy, satin dress speaks more of her limitless authority and power than her own physical being. Sitting on a bed of clouds above the earth, her long sash takes flight behind her with an exaggerated, theatrical flourish, investing the entire painting with boundless energy and life. 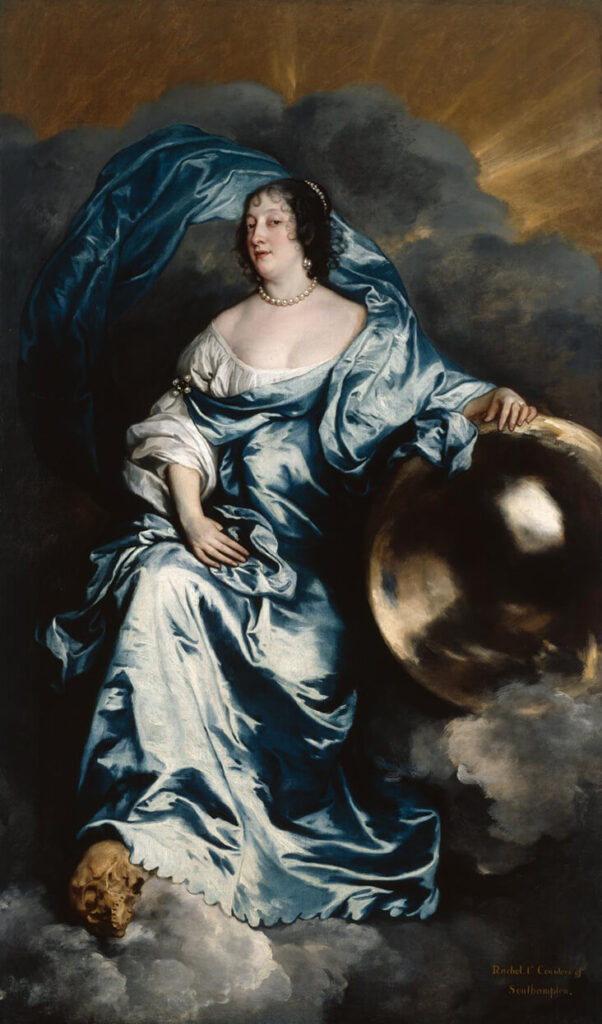 The rippling fabric explored by Rubens and van Dyck informed the Rococo language that followed, particularly in Italy and France. Venetian painter Giovanni Battista Tiepolo led the Italian strand of Rococo painting, which was characterised by lighter, paler colours and feathery, tapering fabrics that form wispy curling tendrils across dreamy, romantic skies, typified in his whimsical portrayal of Rinaldo Enchanted by Armida, 1742. French painter Jean-Honore Fragonard took the Baroque ornamentation even further, creating multi-layered displays of pastel toned ruffles, ribbons and bows as thick and indulgent as fresh meringues, mirroring the royal fashions of the time led by Marie Antoinette. The Swing, 1767, typifies the heady, cheeky romanticism of the era, with a theatrical flourish born straight out of the Baroque.