SHOP LINEN
Home TUTORIALS NATURAL DYEING The most Elusive Colour In The Spectrum, Or How To Master Black
Return to Previous Page

The most Elusive Colour In The Spectrum, Or How To Master Black 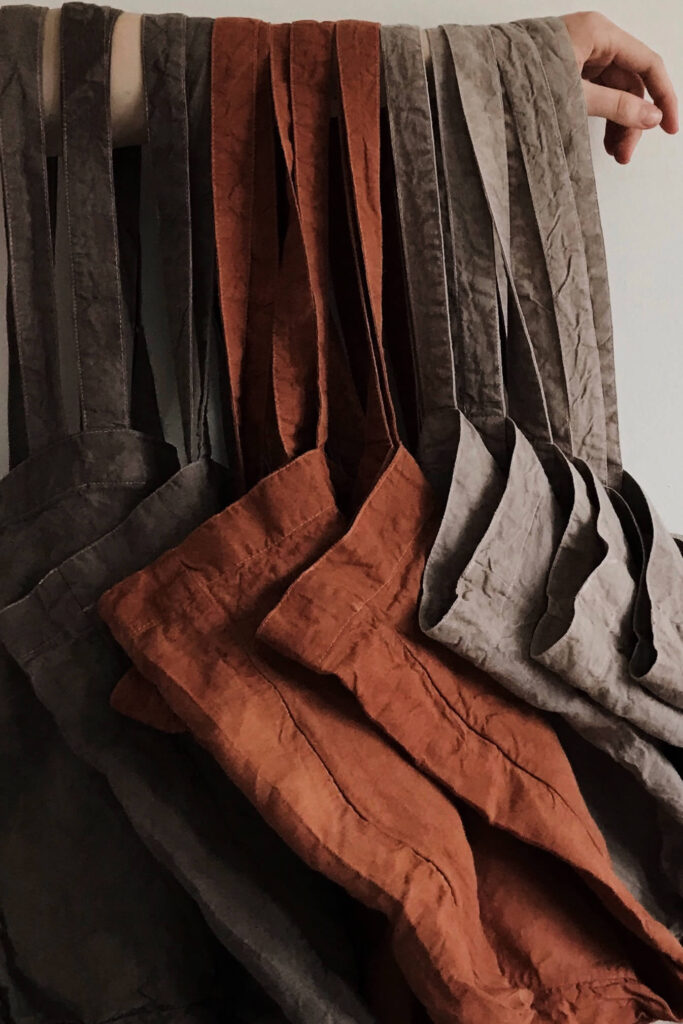 Natural dyes have been with us since the dawn of civilisation & before the creation of synthetic dyes they were the sole source of colour for the fabrics, fibres and textiles of our lives. They have a rich and fascinating history, valued, traded and transported throughout the ancient world. It always fascinates me to learn about the history of specific dyes and their place in the societies of our ancestors. Take royal purple, for example, a reddish-purple natural dye, also known as Tyrian purple, sourced from the secretions of several species of sea snails. Extracting the pigment was labour intensive, complex & expensive because if the costs involved in sourcing the dye, it was highly valued, associated with power & wealth and worn by royalty.

Another colour commonly associated with wealth & power and one of the most difficult natural colours to produce was true black. Although there were many different recipes and ways to get different types of black, a true black was elusive. During different times in history, it was reserved for royals and the wealthy, becoming a fashionable colour during the 16th century. 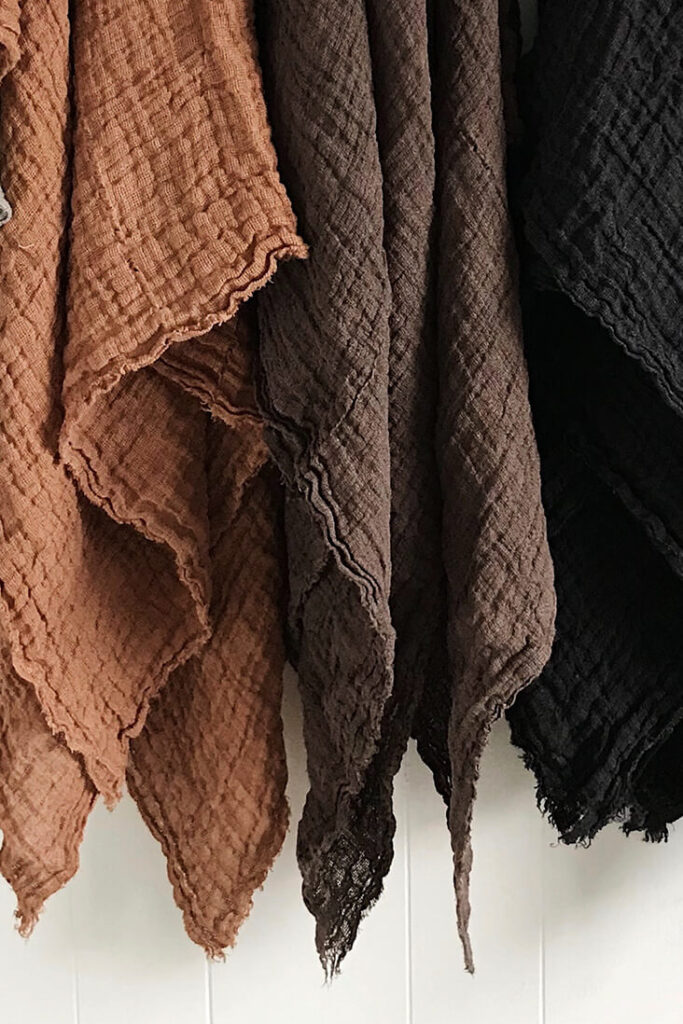 There are many surviving historical recipes for a true and natural black that vary in both complexity of process and cost involved in the production. One of the oldest and most common ways of producing a very dark grey that could be seen as close to black was to combine a tannin-rich source such as tree bark, oak gall or walnuts with a bath of iron water (ferrous sulphate) or mud rich in iron. The black it produced was beautiful but it wasn’t a long-lasting black and due to the corrosive nature of iron, the fibres weakened over time. Another tannin-rich dye associated with black is logwood, logwood often used for violets and purples can produce rich blacks when combined with iron & a yellow dye such as fustic or weld.

A slightly more complex and costly method was to combine a blue dye such as indigo or woad with a red dye such as madder. This would be done by first dyeing in one of the colours, it didn’t matter which went first, then overdyeing in the second colour. This required more time, skill and economic resources, limiting its use to those with the expertise or resources to access these dyes. Sometimes iron would be added to this combination to deepen the depth of the black.

Like natural dyes themselves, the history of colour is rich and varied. Some colours are simple, straightforward, easy to achieve with other shades like forest green or true black requiring more work, patience and perseverance. For natural dyers, it can be wonderfully challenging and equally frustrating to try to get these more complex shades naturally.

Kathryn is a natural dyer based in Dublin, Ireland. She runs a successful studio producing a range of plant-dyed accessories & homewares. Kathryn also teaches ongoing natural dye workshops in Dublin, London and elsewhere.

Other posts by Kathryn Davey

Sewing Glossary: How To Sew Your Most Essential Four Collars

Wouldn’t it be nice if there was one place where I could have all the links to tutorials for all the different collars I love/ am eager/ am always scared to make? It would save me from bookmarking separate pages and possibly procrastinating which, let’s face it, is long. Yes! We think so too, so…

In ancient Ireland, the Oak held special meaning with the Celts. Considered the King of the forest, it was associated with strength, nobility, longevity, inspiration and knowledge. The Oak itself has a lineage dating back roughly 85 million years. Historically, the oak was essential to the Irish way of life, providing shelter, fuel, building materials,…

Are you ready to make some beautiful linen stockings? They are a great use of your scraps.  I recently had the honor of being featured in the Curated By You series, and I decided to use the leftover QUARTZ linen from my dress to make some new Christmas stockings for my family. We have quite the miss-matched collection…

The Colours of Autumn: Finding Time To Be Creative

Recently, I forced myself to take some time during one of my busiest times of the year, to purposefully go into nature and forage for sources of colour. I particularly love experimenting with new plants, seeing colour magically emerge from the dye bath. I love learning about the nuances of plants and familiarizing myself with…

TUTORIAL: How to Create Beautiful Earthy Tones Naturally with Nettles and Other Leaves

There are so many dye plants in bloom during these warmer Summer months. I was recently surprised to find “Lady’s Bedstraw” growing in my neighbourhood. I am looking forward to the Autumn when I can harvest the roots for pinks and reds. With natural dyeing, you can use a few different parts of the plant:…