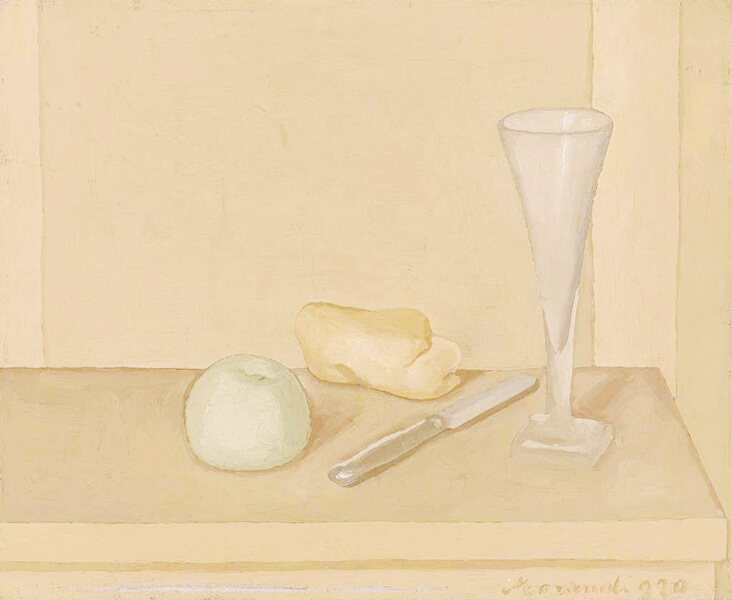 In Giorgio Morandi’s elegantly understated paintings, closely toned shades of peach, cream and ivory nestle together and embrace one another with fleshy warmth. The blushing peach tinge of PRISTINE Linen was one he would repeatedly return to because it allowed him to infuse his canvases with the softly diffused glow of Italian sunlight, whether falling across dusty houses or the pared back still life subjects that eventually made him a pioneer of mid-century modernism. Reflecting on the strength of his legacy today, art historian Roberto Longhi described him as “arguably the greatest Italian painter of the 20th century.” 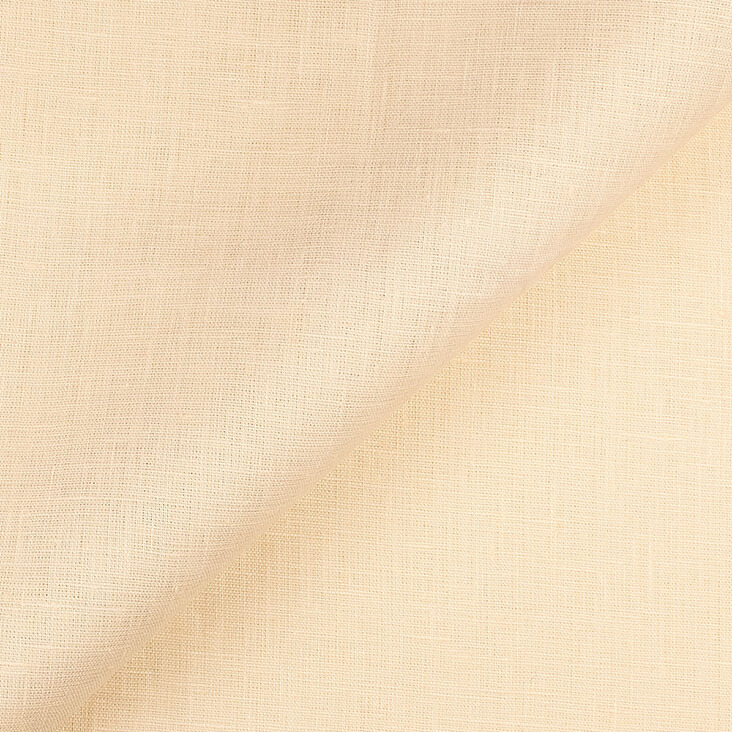 Born in Bologna in 1890, Morandi spent most of his life in the same city, absorbing its unique golden light and eventually soaking it into the weave of his art. He studied at Bologna’s Academy of Fine Arts and remained there throughout his early years as an artist, experimenting with various styles including Cubism and Futurism. But in 1917 Morandi embraced Metaphysical Painting as inspired by the mystical realms of Giorgio di Chirico and Carlo Carrà, exploring the same dream-like tableaus of surreal objects in eerie, angular lighting. It was during this time that he first experimented with the full range of possibilities within the still life genre, experimenting with how simple, ordinary objects could be transformed through the alchemy of paint.

By the 1920s Morandi was slowly softening the edges of his subjects and paring back his palette to calm, quiet neutrals, with a focus on still life. In Natura Morta, 1920 a small arrangement of humble objects rest in shallow space, painted in closely toned shades of lime green, silver, and blushing cream. Around them a peachy glow infuses the entire canvas, lending it the quiet hum of warmth and tranquillity. Over the following years, Morandi’s deeply contemplative artworks earned him the nickname ‘Il Monaco’, or the Monk, a persona he was keen to perpetuate, commenting, ”I’m a painter of the kind of… composition that communicates a sense of tranquillity and privacy, moods which I have always valued above all’. 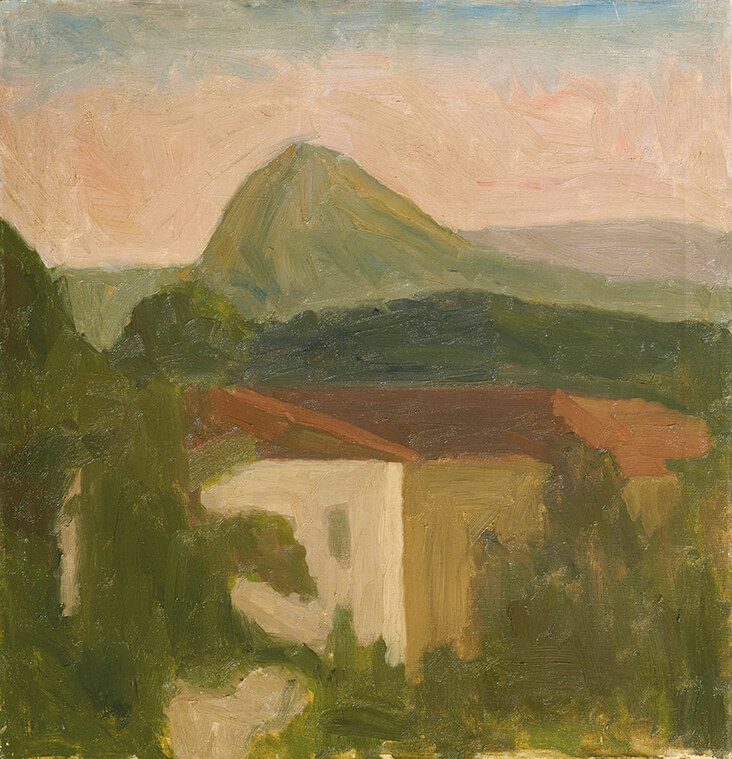 Along with still life, Morandi was keen on painting outdoors en plein air in the 1930s and would often paint views across Bologna or in the mountain town of Grizzana in the Apennines. Capturing a sense of place was less important to him that invoking a certain solidity and monumentality, which he achieved through carefully observing the rise and fall of tonal shifts across the landscape. In both Paesaggio, 1933-1934 and Paesaggio, 1937, mossy, earthy greens suggest damp, fertile leaves, but they are broken into with streaks of honeyed, melting sunlight that catches the exteriors of rough stone buildings, allowing both paintings to burst into life. In the later Paesaggio, 1943, painted during the Second World War, creamy pale flesh tones mingle with soft nude pinks and teal blues, an arrangement so muted and discreet it almost tips into pure abstraction. 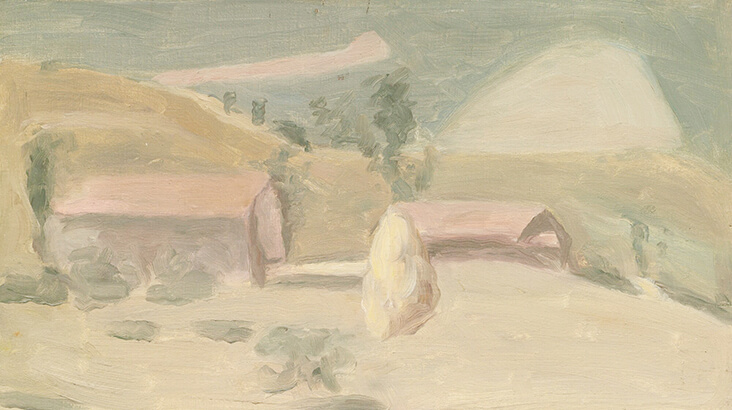 Throughout the 1940s and 1950s Morandi was more determinedly focussed on pared back, refined simplicity, finding still life the ideal building block for him to construct formal studies of light, tone, and space. Though his paintings of this period might appear remarkably similar, each contained patiently observed nuances in colour and light and the ways they could interact and respond to one another; some have even likened Morandi’s studious patience to that of a master chess player investing deep contemplation into every move. Cold shades of grey inflect the carefully arranged Natura Morta, 1955, but through the slightest shift, the central vessel’s creamy, buttery warmth transforms the scene like a shaft of Italian sunlight. The later Natura Morta, 1956 is even more astonishingly subtle as stark whites and silvery greys are streaked and smeared in textural strands across the canvas, while just the smallest rectangle of pale peach injects a boost of energy and passion into the scene, demonstrating Morandi’s masterful deft of hand.