First things first: Invisible Women by Caroline Criado Perez is a white-knuckle read. Written with gusto, providing a blizzard of data which whip across the page. You are almost snow-blind (with rage) at the end of Part 1: Daily Life. The book is divided into 6 parts. Each explores an area where data and design create a ‘Male’ world – to the detriment of woman in particularly, but there are broader cultural impacts too. Big data follows us from the schoolyard, to the doctors, to the wider public concerns around human rights and data collection. The book touches on experiences we all have had – as a male or female. 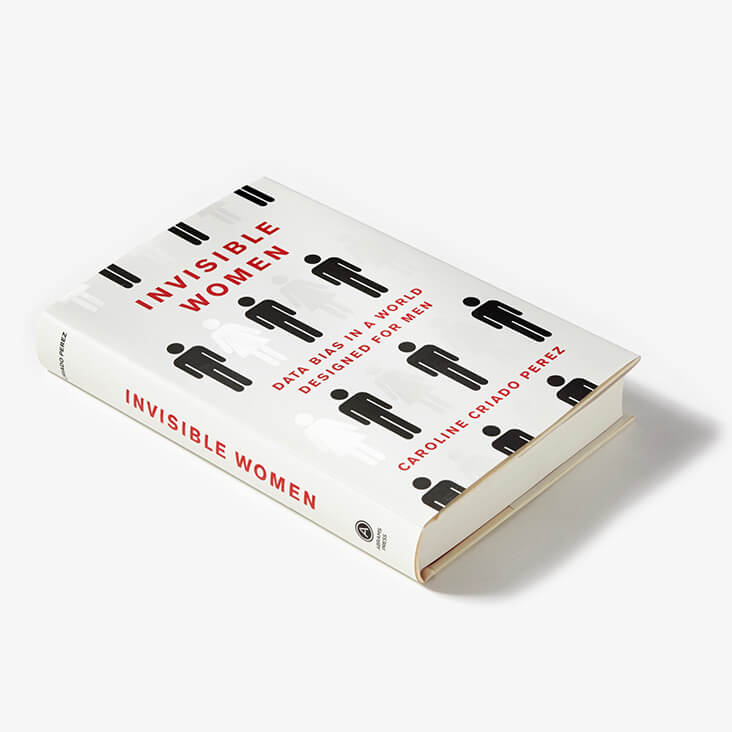 Similar to the social media platform @everydaysexism, the book raises consciousness. A polemic. But it also brings into focus the invisible data which controls and influences our lives. Big data, we soon realise, is not gender blind. Data inherits the behaviours of the culture it is produced by: ‘Numbers, technology, algorithms, all of these are crucial to the story of invisible women. But they only tell half the story. Data is just another word for information, and information has many sources.’

You could see this information, or data sets, as innocuous. But it is its consistency – across all planes of public life and culture that gives data its power, and the consequent dramatic effect on gender experience. A world where ‘globally, 75% of unpaid work is done by women’. This observation is critical because data is most prevalent when sustaining economic models of the so-called work place.

The office is often at the frontline of where we interact with data: from the average designated temperature; devised in the 1960s and based on the needs of a middle-aged 70kg man and his metabolism; to the allocation of parking bays in staff parking areas. Google Inc, for instance, only realised pregnant co-workers benefitted from parking close to the entrance of its HQ, when its chief operations officer fell pregnant. She experienced the difficulties of walking across a large carpark each morning as her pregnancy developed. They now have designated parking for staff who are pregnant close to the buidings entrance. These are very small inconveniences in the world, but they illustrate how often common sense, or even empathy, are overlooked in a data driven world. And it is a one-way data flow: inputted by men experienced by women.

The book is not only examining big conglomerates but the local or smaller scale too: Perez introduces Snow clearing in Sweden: Can Snow Clearing be Sexist? (Yes! The roads used by men to commute to work are more likely to be cleared than are the local roads used by a woman on the school-run); or a Danish economist who put forward the Plough Hypothesis: ‘that societies that had historically used the plough would be less gender equal than those that hadn’t.’ Perez articulates clearly how this hypothesis unfurls in our world – locally and globally (The plough introduced gender differentiation between labour and home in agriculture-based societies). 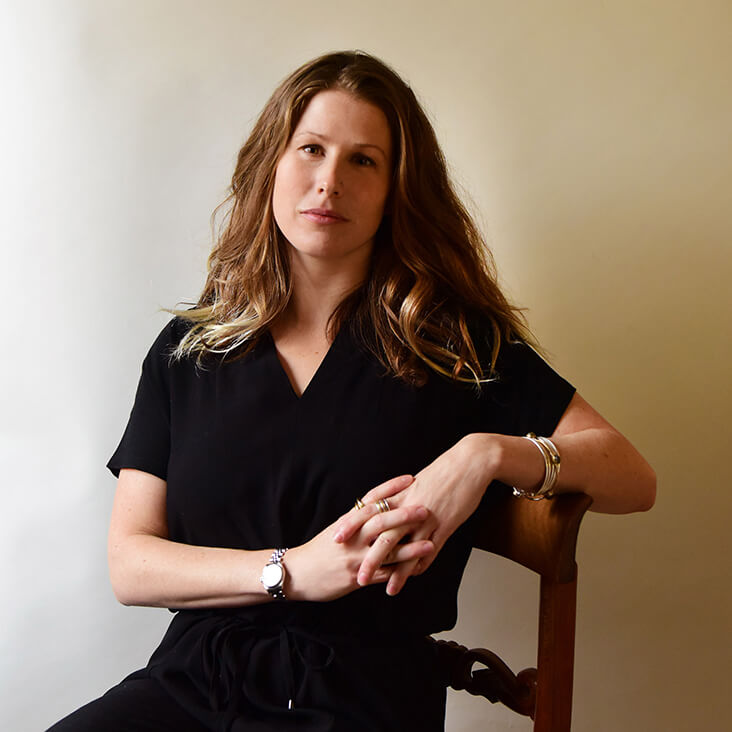 If ‘work’ is only validated via data it allows statistics to skew the world: ‘USA men managed to find over an hour more spare time per day to rest than their female counterparts, while in the UK, the office of national statistics found that men enjoy five hours more leisure time per week than women.’ Again, and again the book illustrates the observation in its foreword: ‘Invisible women is a story about absence’.

Design too is exposed to the same inequalities. Perez, in the chapter: One-Size-Fits-Men, looks in detail at how the iPhone is designed for the hand of your average Western male. Or how the pianist Christopher Donison designed a keyboard for people with smaller hands. This One-Size-Fits-Men has its analogue in many design objects we use: from door handles to crafting, and carpentry tools. Design is often based on what Perez points out as ‘pattern recognition’ which basically means something should look similar to a product already produced. You wonder how much creativity is held-back with such criteria. Perez clearly shows how difficult it is working in a ‘Sea of Dudes’.

It is ironic that at the Centre of the most supposedly meritocratic industries – the tech industry – we still see a bias towards men. An industry that is enthralled by ‘big data’ is equally as gender biased as older pre-digital industries. In America 40% of women leave the tech industry after 10 years; not because of family responsibilities, or to move onto entrepreneurial roles; but more out of ‘fatigue from being passed over for promotion, or having their ideas and projects ignored by a male dominated management structure’.

This lack of the female voice reaches a comic-sad pitch, when the male bias in voice recognition software is discussed – especially the interface in cars. A woman is quoted from the Autolog website how her new Ford Focus only listens to her husband (who is in the passenger seat), when giving instructions. Or the Authors own Mother, is witnessed struggling to be understood by her Volvo, finally resulting in lowering the pitch of her voice to be understood (which worked!). The comic situation is curtailed when one realises the technology is there to help with safety, and its usability is critical in certain situations. The technocracy blames the difficulties of understanding the female voice but ‘Of course, the problem isn’t women’s voices. It’s our old friend, the gender data gap. Speech recognition technology is trained on large databases of voice recordings, called Corpora. And these corpora are dominated by recordings of male voices…’

The book is reassuring in drawing out attention to how many female instigated actions for change are led (but not always won) in Europe and America. With AI on the technical horizon, the book equips you to revalue both histories, and our data led future.

Book Review – Cræft: An Inquiry into the Origins and True Meaning of Traditional Crafts. Alexander Langlands W.H Norton and Company, 2018

Cræft, is written by a British archaeologist Alexander Langlands; who looks at Craft with a particular professional enthusiasm. Archaeology often uses craft as a way of interpreting a culture. Craft is the building block in the narrative of the past. Each chapter (there are 14 in total) investigates a series of tools and practices –…

Book Review: Why We Make Things and Why it Matters: Peter Korn. Vintage Books (2013)

The first thing to say about Peter Korn’s Why we Make Things & Why it Matters – is you do not have to be a creative or a maker to enjoy the book. If you are a collector or interested in interior design and homemaking; this book provides insight to why we are drawn to…

An Atlas of Rare and Familiar Colour takes us on a journey into the shade and light which sketches out the world. The beautifully produced book is a combination of text and Instagram ready images of tinctures, dyes and distillations of pigments. Published by Atelier Editions for Harvard Art Museums, each colour from red to…

Today, as we become more engaged with the things we use and wear, one of the joys of design are the many histories published on the subject.  Design’s past has opened up before us experientially. Mining the cultural and technical elements which inform the things we collect in our homes and museums. In The Golden…