Book Review: Why We Make Things and Why it Matters: Peter Korn. Vintage Books (2013) 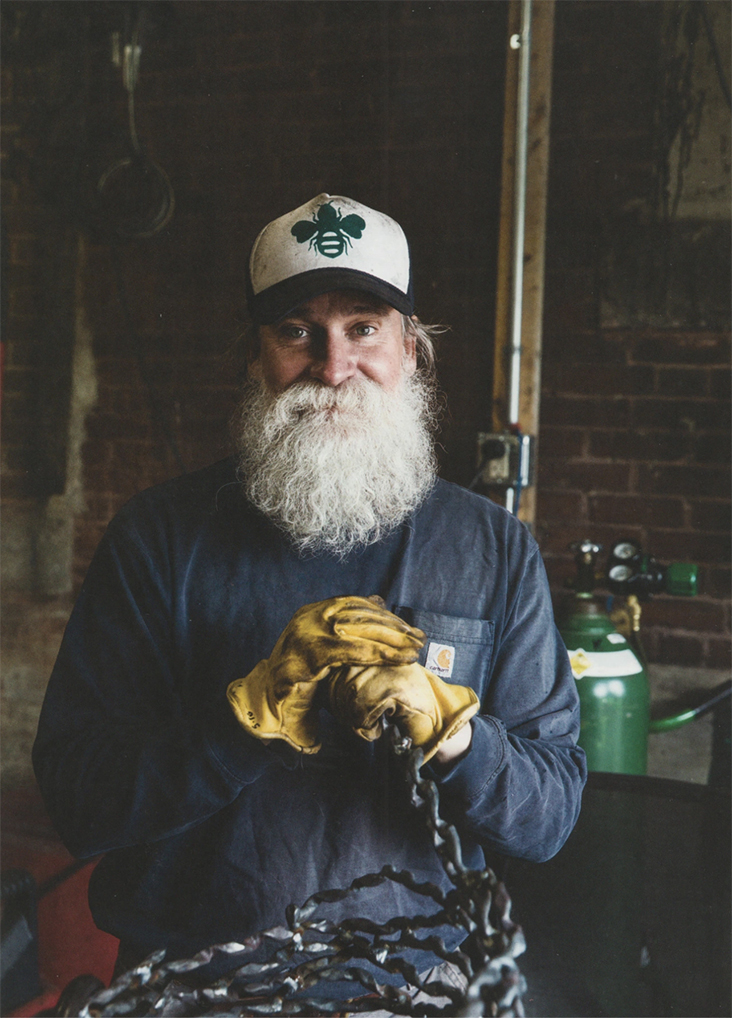 The first thing to say about Peter Korn’s Why we Make Things & Why it Matters – is you do not have to be a creative or a maker to enjoy the book. If you are a collector or interested in interior design and homemaking; this book provides insight to why we are drawn to the objects we love. In reading the 167 pages we witness the author’s transformation from a woodworker to a craft person.

The book is insightful on the creative processes, and the impulse which makes us create; but at its heart, the book is an autobiography. We travel with Korn across America from Nantucket, Maryland and New York, to an aborted trip to Sweden when he fails to get accepted to Capellagården Crafts School. The timeline takes us from his experience attending a Quaker school, the Vietnam war, to the present day.

A youthful Korn, in conversations with his pragmatic Father, eventually looks to woodwork as a practical, and skills-based path to full employment. And from here the story develops into his intimate relationship with craft, skill and how society views ‘work’ over art. It is an experience many people will empathise with. 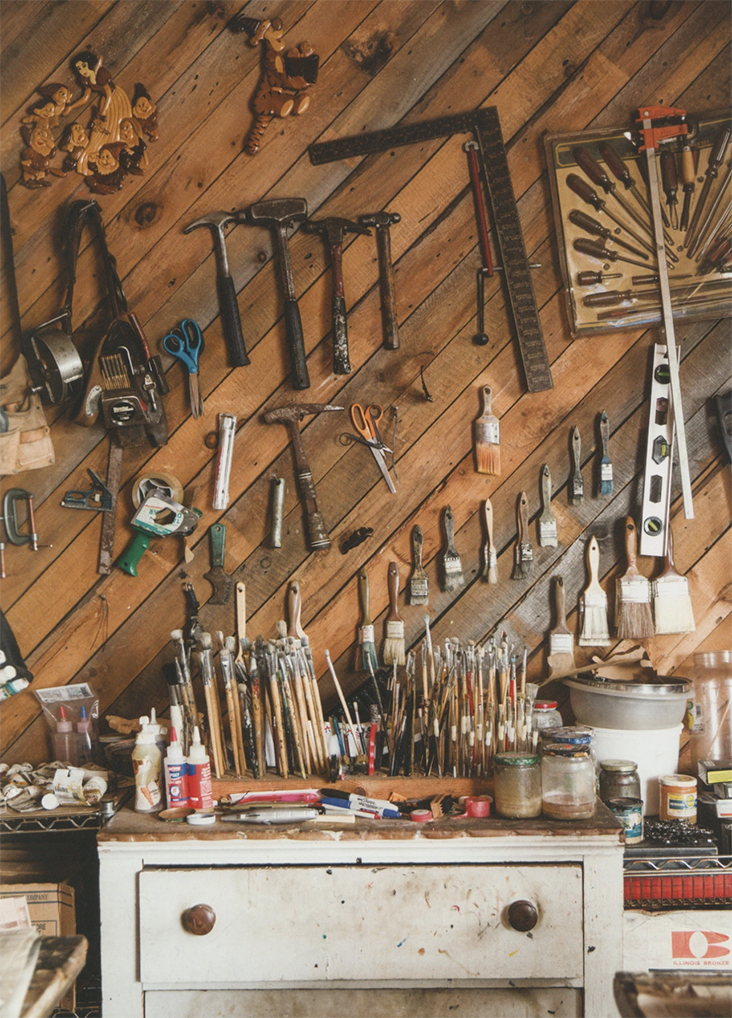 Weaved into the book is a worthwhile history of craft too – including the 19th Century Arts and Crafts movement, which provides ballast to the book’s undercurrents on the spiritual relationship we have with objects. He recounts his first design project, a child’s cradle, for a heavily pregnant friend. The making of the cradle is ‘a miraculous birth in its own right. I have somehow transformed benign intent into a beautiful functional object.’ The finished object is influenced by Arts and Crafts.

At the literal core of the book – Chapter 5: heart, head, and Chapter 6: thinking with things
– is an examination of what craft means to Peter Korn. He always situates his narrative in the here and now of lived experience. Particularly the 20th Century American experience: where consumerism after WW2, is used to create a collective American way of life ‘But … by the mid 20th century the politics of work at transmuted into politics of “me”.’ Where from the 1950s onwards, people focus on the Brand rather than the art and skill of making. It reaches a zenith in 1980s consumer America. In many ways the move to ‘craft’ observed today, is a rebalancing from consumer to maker.

He is part of the arts and crafts movement in 1970s America. A collective of individuals who realise that they are all following a kind of new Zeitgeist – looking to craft to give them meaning in a post-Vietnam world. His journey through craft is in many ways captured when he is talking about his second epiphany of what a craftsperson is:

‘my own values became clear when I eventually realised that the words I used to describe my aesthetic goals as a furniture maker – integrity, simplicity, and Grace – also describe the person I sought to grow into through the practice of craftsmanship’

It is interesting because in many ways this bringing together of like minds has its similarities with how craft in the 21st-century has been boosted, or supported, by the rise of the Internet, which allows like-minded people to coalesce around ideas of craft, and making. 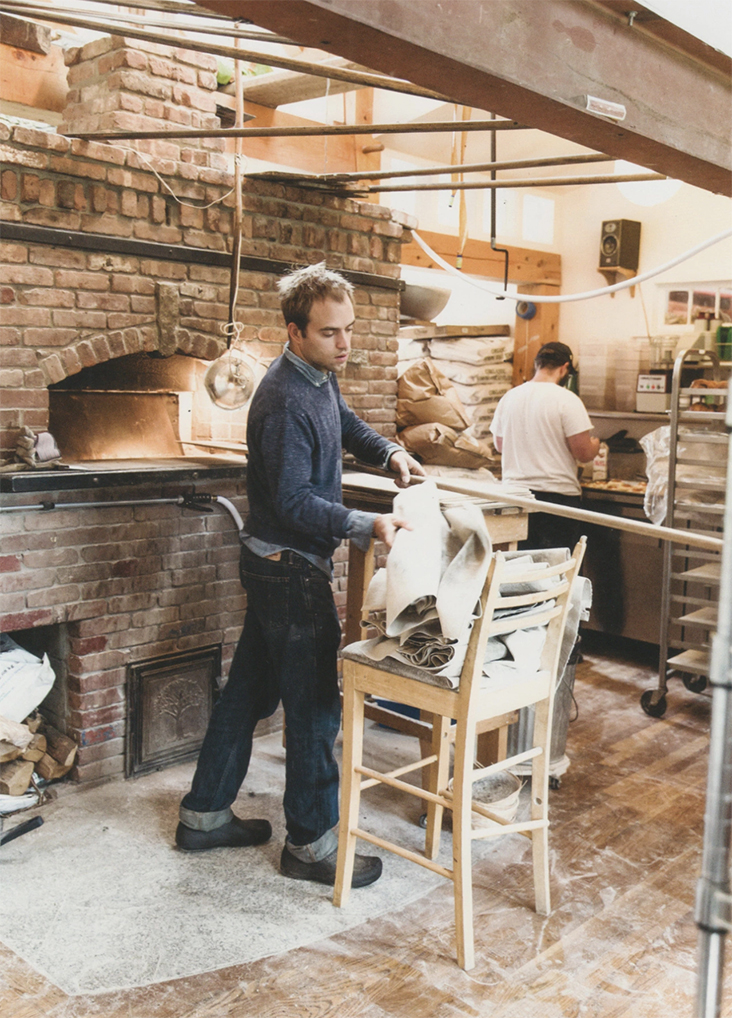 Korn uses his own journey into craft as the inspiration for the design school he founded and is now based in Rockport, USA. The Centre for Furniture Craftmanship is his legacy and the backbone of his career too. It is interesting to read how the school comes about – against the advice of friends and family – from a tentative start, it has established itself as an artisanal based educational establishment, which is underpinned by discussion influenced by the broader platform of the liberal arts.

It is this wider context to craft, how it dovetails to broader philosophical and artistic ruminations – he quotes liberally from both – which provides added stability to the book. The book’s bibliography is a useful place to rummage and discover further reading.

He captures the essence of craft and our home-building instinct when he describes craft-making thus:

‘craft is especially fulfilling because its materiality anchors the craftsman’s understandings – the stories, ideas, and beliefs through which he structures his identity, organizes experience, and makes decisions – in reality.’

I think interior design, craft-making, even rearranging a bedroom; ‘anchors’ us too, and reflects our thoughts and identity. The trick is, as Korn often remarks in this book, to collect objects because of a love and a knowledge of their making, and not simply because they are fashionable.

It is a poignant and informative book of one ‘man’s’ creative life. 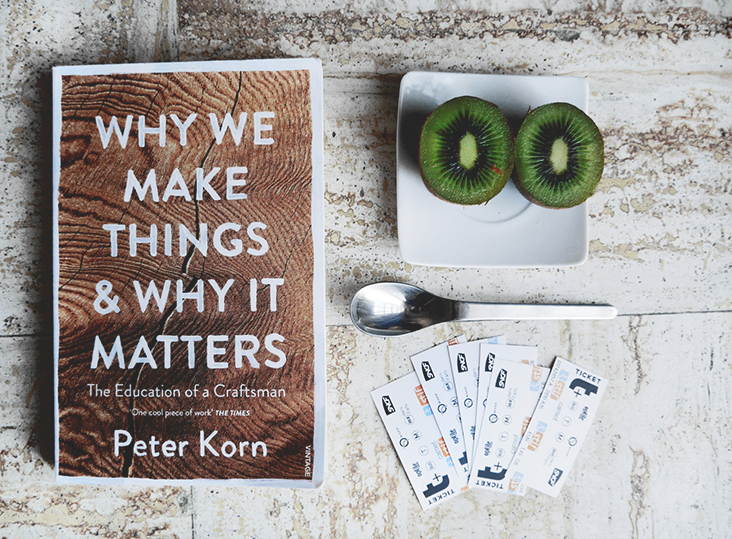