SHOP LINEN
Home STYLE NEWS What is linen? A brief history of the world’s most ancient fabric
Return to Previous Page

What is linen? A brief history of the world’s most ancient fabric 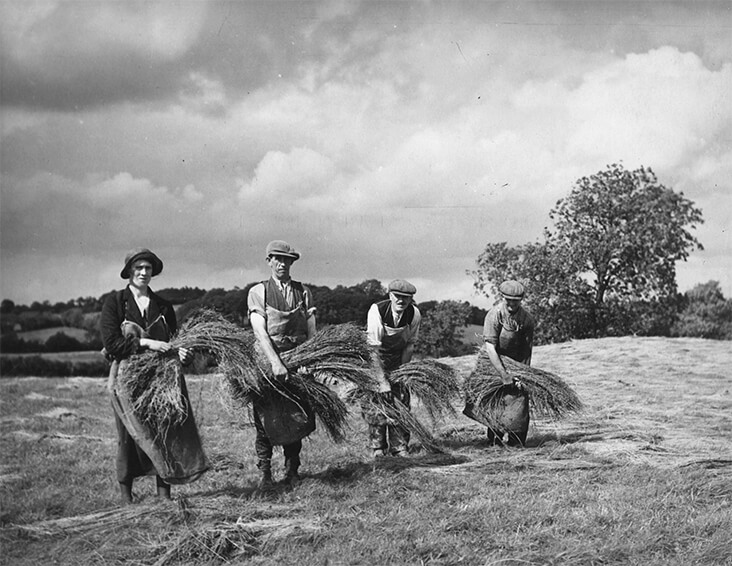 Strong and durable, yet soft to the touch, linen is one of the oldest and most fascinating textiles in the world. With roots in ancient civilization, there is a raw, untamed beauty to linen that persists today, making it a popular choice for both luxury and everyday items. The ecological benefits of linen also make it a popular choice for many designers; it resists mildew and bacteria, keeps the body cool, withstands the weather and is completely biodegradable. The flax plant that linen is derived from requires no harsh chemicals during growth and has multiple by-products following harvest, including paper, linseed oil, flax seeds and chipboard. On top of this, the fact that remnants of linen still exist from ancient civilizations proves just how unbelievably long-lasting it is, while these fragments allow us to track the fascinating role linen has played in the development of human civilization.

Astonishingly, some of the very earliest traces of linen have been traced back to a prehistoric cave in Georgia, suggesting the fabric is over 36,000 years old. But Ancient Egyptians and Mesopotamians were the first to develop fully organised linen industries. Harvested and made entirely by hand, they discovered how to extract cellulose fibres from inside the flax plant through a complex process of threshing, retting and scutching. Fibres could then be spun and stretched into a yarn, before being milled into fabric.

It is said the first linens were coarser than today’s varieties, but nonetheless they were highly prized and often used as currencies in trade. The Ancient Egyptians reserved linen for the wealthiest members of society, where it was transformed into lavish clothing, interior furnishings and, perhaps most famously, as burial garments for mummies in Egyptian Tombs. It was in one such tomb that The Tarkhan Dress was discovered in 1913, a long-sleeved shift dress with whisperingly pale grey stripes, the oldest item of clothing in existence.

Linen continued to play a vital role throughout ancient and Biblical civilizations. Difficult to dye, it was generally left as its natural, rugged oatmeal colour, or bleached into a dazzling white, which made it inherently associated with purity and saintly innocence. Worn as long, white robes by priests, a passage in the Biblical Book of Revelation also describes awe-inducing angels clothed in “pure and white linen.” In contrast, because it was so durable, it was also the ideal material for ship sails to withstand the battering of stormy weather. In everyday clothing, Roman writer and philosopher Plutarch observed how linen was ideal for both hot and cold weather, remaining loose and aerated during the hot months, and resisting icy blasts in the winter. He called it “a plain and cleanly clothing, which does not oppress by the weight for warmth,” making it, “suitable for every season.”

So strong was linen, that Ancient Greeks were said to even wear it during battles, bonded together in up to 20 layers, as a cooler alternative to metallic armour. In the Middle Ages, linen spread to Ireland and Great Britain through trade, and following its popularity new linen mills were soon established. It proved a popular and comfortable undergarment for wearing beneath layers of wool, prompting the later terms “lingerie” and “lining,” both of which suggest its soft, intimate feel. In American colonies, linen was a popular choice for farm households, who remarkably grew, harvested and processed their own crops, which they transformed into the most luxury and useful household items including bed sheets, tablecloths and napkins, leading to the long-term use of the word “linens.” 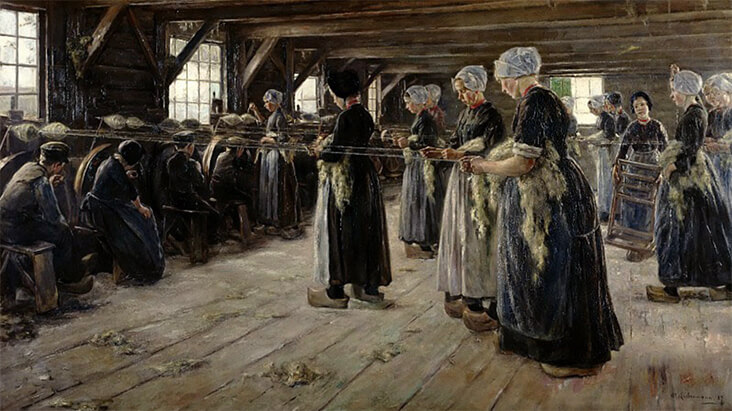 Following the invention of the cotton gin at the end of the 18th century, linen production was gradually overtaken by the industrial manufacture of cotton, which was far easier to reproduce than hand spun linen. Even when industrial linens were made possible in the 19th century, linen was more expensive to create, so became less ubiquitous. It was pushed further into the luxury arena in the 1930s, appearing with lace in many of the most popular wedding dress designs in stunning shades of white. In the Second World War, however, its strength and durability made linen a natural choice for various functional uses, including tarpaulins and army equipment.

Today, flax is farmed all over the world, and linen is an attractive choice for many companies, makers and designers. Recognised for its trademark rumpled look, many companies advertise linen as a high-end, luxury fabric. In the 1990s, for example, linen became associated with poolside chic, thanks to films like The Talented Mr Ripley, 1999, which staged glamorous characters in loose or knotted styles, bathing in the sun. In the last few years linen has seen a rise in popularity, appearing in the collections of Australian brands including Posse, Arthur the Label and Rowie, who focus on wearable designs suited to the hot Australian summers; their ideas have, in turn, have influenced other designers across the globe. Many have rightly tapped in to linen’s ethical sustainability, including the British brand Palmier London, founded by Tessa Holladay and Chloe Regan, who have a wide Instagram following today. Halliday argues, “Linen is one of the most biodegradable fashion fabrics available,” adding, “It’s much more sustainable than cotton and it lasts forever, so it’s a very good investment.”