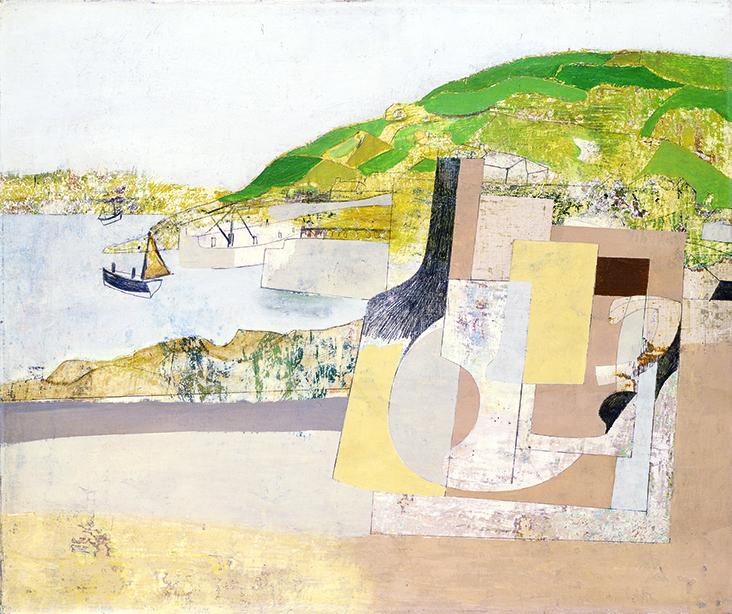 KRISTA NATURAL linen has the creamy freshness of homemade custard or Cornish cream. British painter Ben Nicholson brought this colour’s glowing light into his carefully structured, minimal canvases and relief sculptures, investing them with an intimate warmth that seems somehow instantly familiar. Whether portraying landscapes, interiors or still life subjects, his artworks were an exercise in order and restraint, exploring how the essence of an object or place could be described with the barest amount of information, distilling it down to its skeletal bones. “Realism has been abandoned in search for reality” he writes, “the principal objective of abstract art is precisely this reality.” 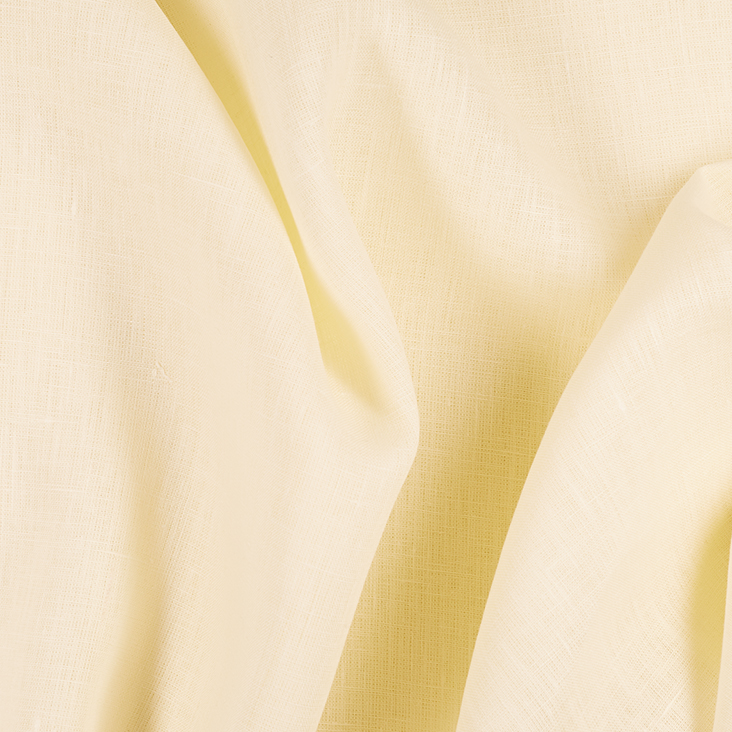 Born into an artistic family, Nicholson’s parents were the established artists William Nicholson and Mabel Pryde. He spent his early years in Denham, Buckinghamshire, before the family moved to London in 1896, where they socialised with prominent figures including Rudyard Kipling, Walter Sickert and J.M. Barrie. Pursuing his own career within the arts, Nicolson joined the Slade School of Art in London, but left after only one year. Even so, he had forged friendships that would influence and support his early career.

Nicholson travelled widely across Europe and the United States in the early 1900s; on his return both his mother and brother died and his art took a darker turn, following the languages of Fauvism and Vorticism as a means of exorcising his inner demons. A happier period followed in 1920 when Nicholson met and fell for fellow artist Winifred Roberts, who he married later the same year. Settling in London, Nicholson continued to make geometric, semi-abstract paintings, while exhibiting with Seven and Five Society. The Nicholsons also spent time in Cumberland, and later Cornwall, where they discovered the naïve language of Alfred Wallis, seeking ways of integrating the simplicity of his language into their art. 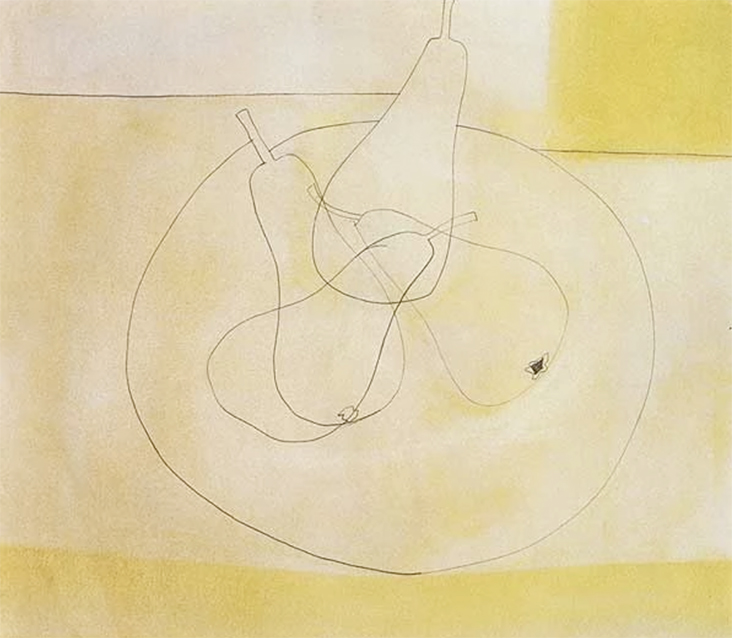 Nicholson eventually left Winifred for the sculptor Barbara Hepworth in the 1930s, settling with her in the St Ives area of Cornwall. There both Nicholson and Hepworth became leading figures in the influential St Ives School, who promoted a fresh, pure language of abstraction based on the natural world. Mousehole, 1947 was made at the peak of Nicholson’s career, capturing the Cornish coastline as a tangle of abstract, flattened shapes. Colour evokes the softened light of late summer as creamy, golden toned rocks nestle with dusty streaks of pink and earthy, weather-beaten greens, capturing the unique essence of the Cornish coastline. 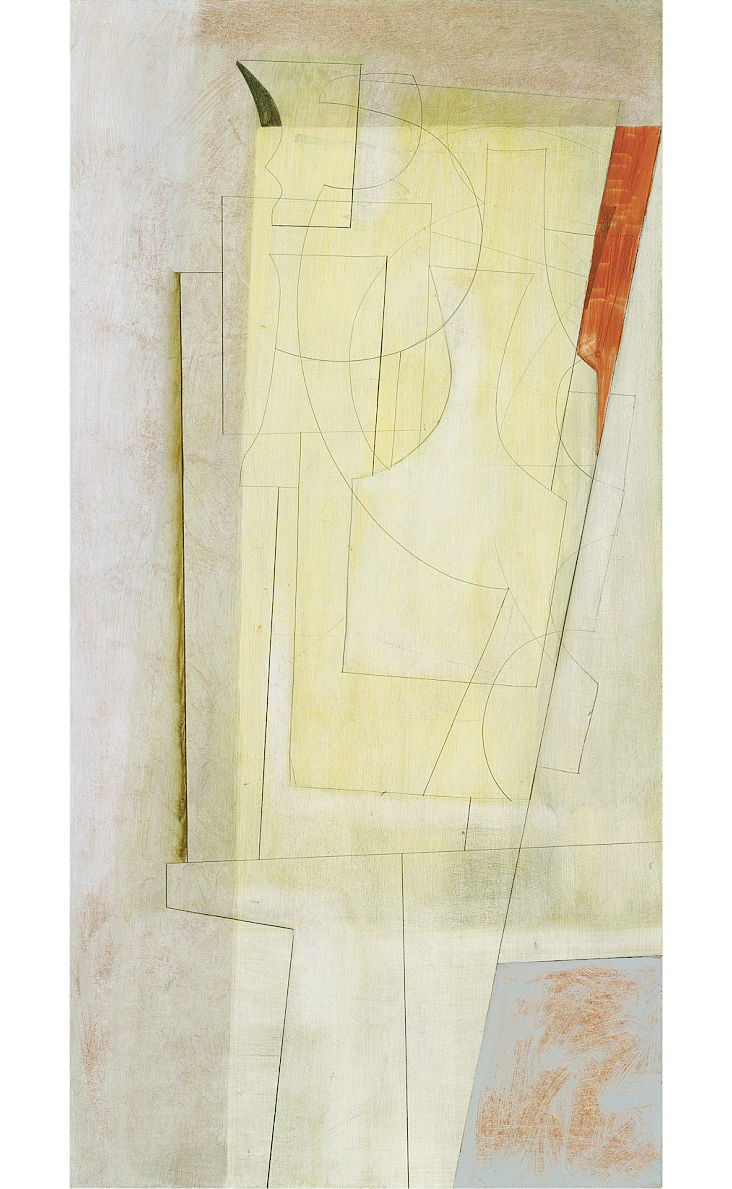 Following his split with Hepworth in the 1950s, Nicholson lived between London and Cornwall, as his paintings and relief sculptures veered closer than ever into the complete abstraction that would secure his international fame. His love of the golden, Cornish light also remained in his work for the rest of his career. Signs of the real world never truly left his work, with subtle references to interiors and still life subjects still lurking beneath the surface, which seem lit by sunlight streaking in through a thinly veiled window. In Feb 26-52 (Lime Green), 1952, harmonious yellow tones seem to fall in and out of shadow, while a creamy patch of ivory brings radiant light in from the far left; delicately dancing over the surface are thin outlines suggesting the skeletal trace of a crowded still life. 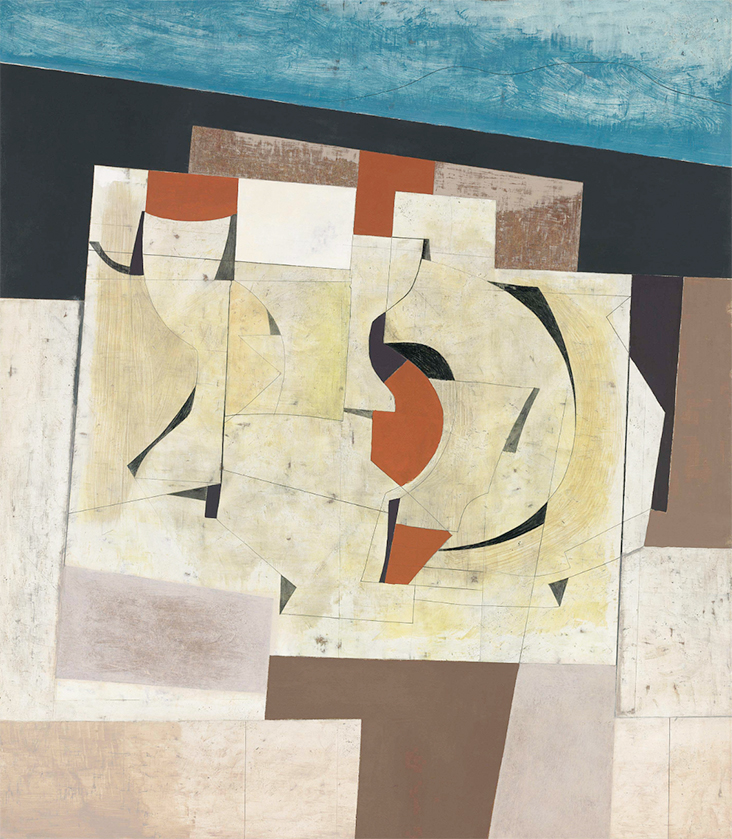 In the radiant canvas Four Pears, 1955, the simplest of lines describe the whispered outlines of pears that interweave over and through one another, while a thin curtain of creamy light breezes over dark gold, capturing the essence of a sunny Cornish interior. Similarly, in March 55 (Amethyst), 1955 a solid shard of buttery yellow is cast over a muted backdrop, while ghostly lines suggesting bottles and jars brush the surface like traces of the past. April 57 (Arbia 2), 1957 is a more complex play between line and form, as closely toned shapes overlap and intersect one another in a splintered myriad of colour and light. Pale gold glazes the centre, where the drama of black and red unfolds, balancing against the diagonal strand of vivid blue Cornish sea in the backdrop, that rolls out its endless, enduring cycle.

FS KRISTA NATURAL 100% Linen comes in a variety of weights