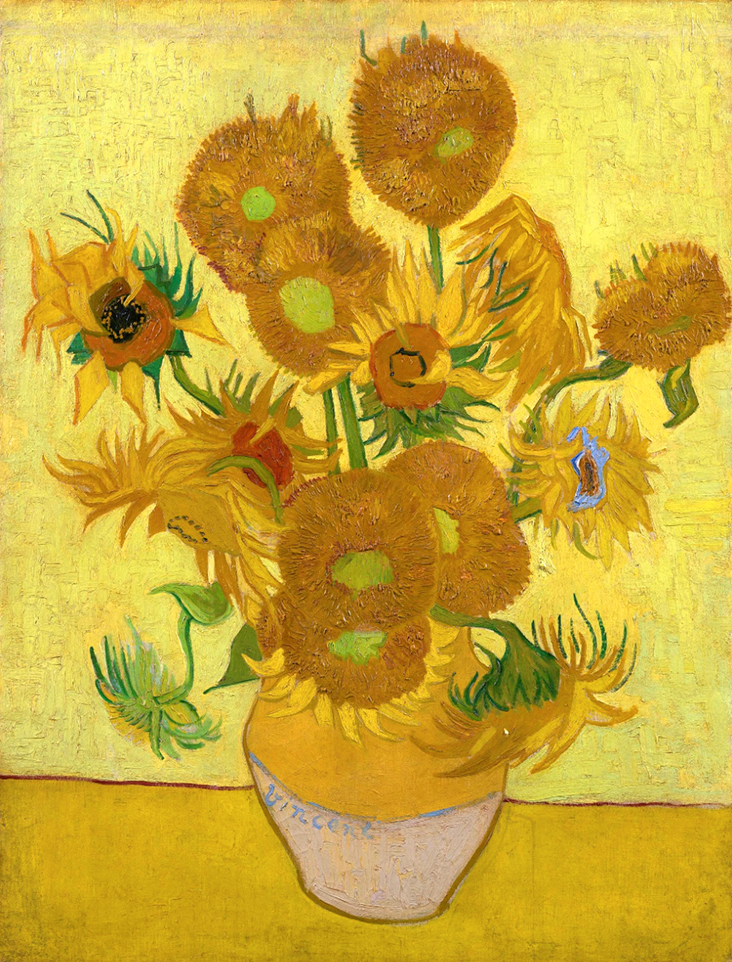 The warm yellow hue of Zenith linen recalls the radiant, sun-baked wheat fields of Dutch painter Vincent van Gogh, where golden sunlight shimmers across the canvas and burns a hole in the sky. Yellow was a color of great personal significance to van Gogh, particularly towards the end of his life, when he flooded his canvases with the rich Mediterranean light of the French Arles countryside he came to call home. Artist Paul Gauguin later reflected on the work of his close friend, writing, “Oh yes, he loved yellow, this good Vincent, this painter from Holland – those glimmers of sunlight rekindled his soul, that abhorred the fog, that needed the warmth.” His paintings of still life subjects, self-portraits, street scenes and expansive fields showing reapers toiling under the hot sun reveal his ongoing passion for a unifying yellow tone, which could not only portray the light and lifestyle of the place he chose to live, but express the artist’s own inner emotional world. 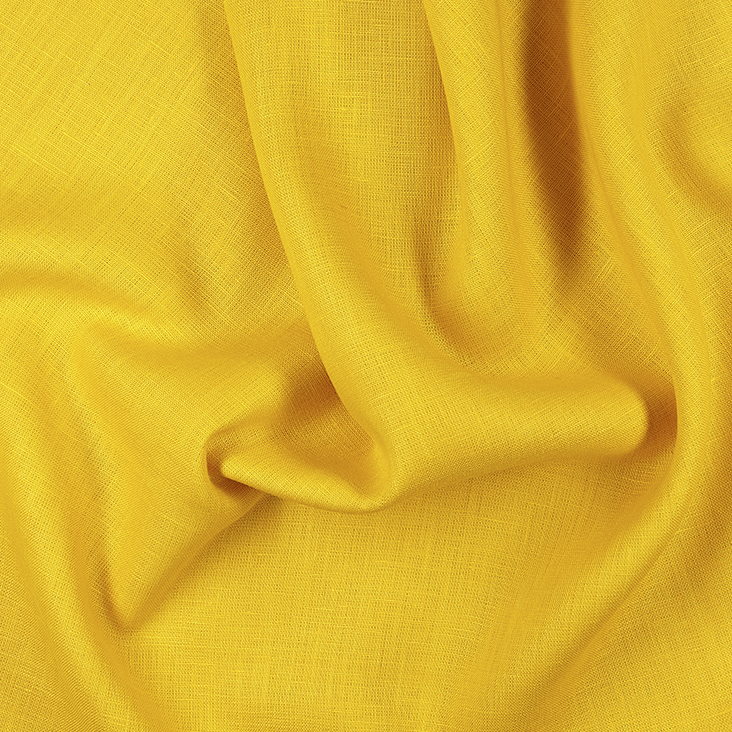 Van Gogh’s love affair with color began when he moved from his native Holland to Paris in 1886, where he encountered the vibrant new work of Impressionist and Post-Impressionist painters. The sombre, dark colors of his earlier Dutch paintings were abandoned in favour of vivid, exaggerated hues that created an expressive, personalised vision of the world. Van Gogh was also deeply intrigued by popular color theories of the time, exploring his own range of complimentary and contrasting hues, discovering a natural flair for creating color relationships. The monochromatic still life painting Quinces, Lemons, Pears and Grapes, 1887, was painted almost entirely with yellow hues, offset with small patches of green, red, pink and a complimentary blue to make the yellow stand out. Such striking use of yellows was made possible by a wider range of recently developed pigments, demonstrating a new, spectacular sense of vibrancy. 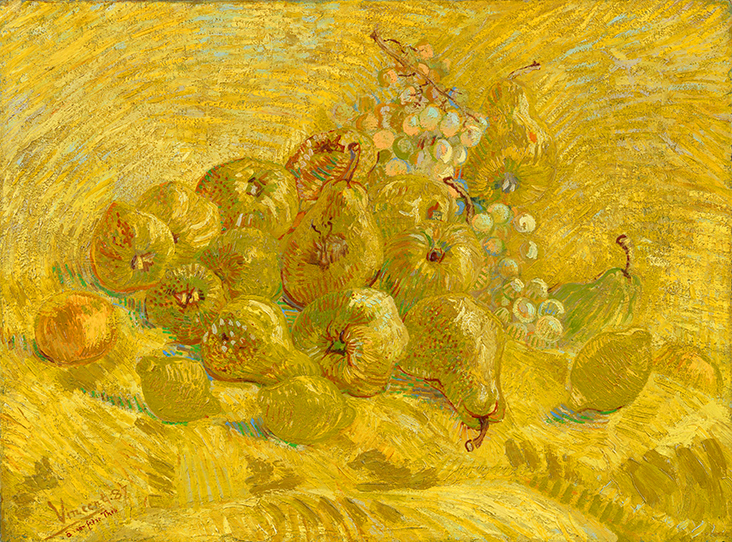 In 1888 van Gogh abandoned Paris for the simple life, moving to Arles in the South of France, where he felt a new sense of belonging and began his most prolific period of painting. It was here that he developed the signature yellow paintings that would come to define his career. Flickering, monochrome fields of golden light in paintings such as The Harvest, 1888 reveal a deep connection to the rural, peasant life, where van Gogh found, “…golden tones of every hue: green gold, yellow gold, pink gold, bronze or copper coloured gold, and even from the yellow of lemons to the matte, lusterless yellow of threshed grain.” 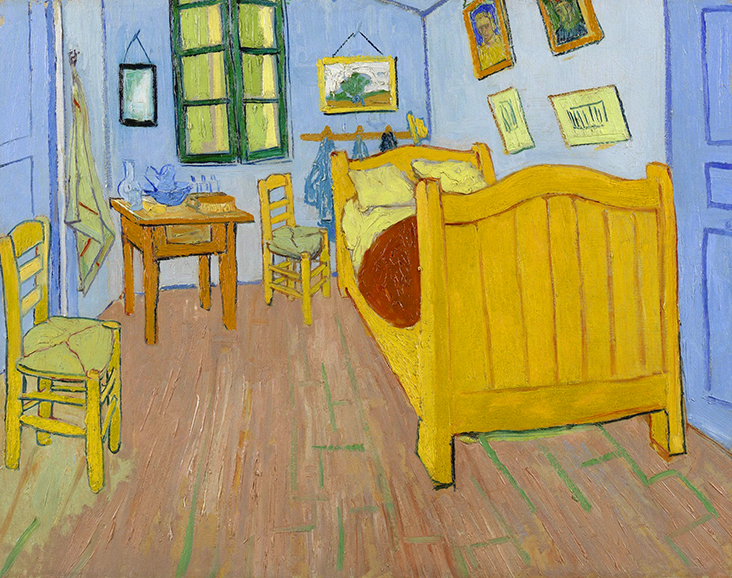 In Arles van Gogh rented a studio in the right wing of 2 Place Lamartine, which he captured in one of his most celebrated paintings, The Yellow House, 1888, lit by a glowing sunset against a deep blue evening sky. His colors increasingly took on symbolic content, with the yellow here expressing an ease and contentment with his newfound home. At the Yellow House van Gogh invited his close friend, the painter Paul Gauguin to stay, hoping they could share living and working spaces, painting side by side. In anticipation for Gauguin’s visit, van Gogh created a series of glorious sunflower paintings to decorate his friend’s room, featuring sprawling flowers and stems captured in a rich display of harmonious golden tones, which he described as a “symphony in yellow”. In The Bedroom, 1888, van Gogh portrayed the comforting space of his own bedroom with the same rich golden yellows, describing them in a letter to his brother Theo, “…the colour has to do the job here … and through its being simplified by giving a grander style to things, to be suggestive here of rest or of sleep in general.” 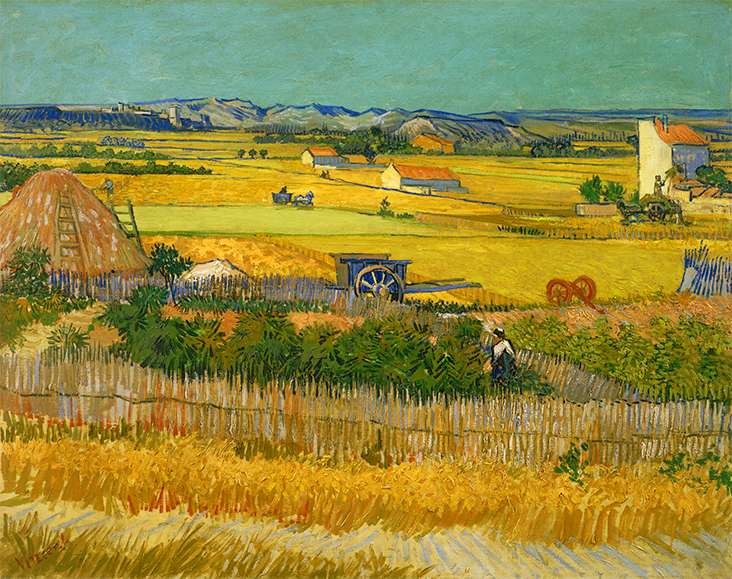 Throughout the following years, van Gogh continued to paint with the same golden tones, increasingly focussing on painting outdoors. In capturing wheat fields in Arles, Saint- Remy and Auvers-sur-Oise as luminous, expansive scenes that flicker with iridescent yellow sunlight, he reveals the deep sense of belonging he felt amidst the French countryside, which would remain his home for the rest of his life.