Sydney-based sisters’ Maricor and Maricar Manalo‘ describe themselves as “˜Makers of Things assorted’. They’re designers, illustrators and animators by trade, but in recent years have gathered somewhat of a cult following due to their incredible embroidery skills. ‘ Their hand-stitched typographic works are playful and geometric as well as bursting with color, and have earned MaricorMaricar commercial and editorial commissions years for prestigious clients such as ESPN, West Elm and TOMS shoes as well as a finalist nomination for Qantas’ Spirit of Youth awards in 2010, and a British Council funded residency in London.

The twins were born in the Philippines, but moved to Sydney when they were two years old. The pair describe themselves as “˜joined at the hip’ – they attended the same primary school, high school and did the same Visual Communications degree at the University of Technology Sydney. They did go their separate ways after graduating – Maricar worked in print and advertising while Maricor leaned towards motion graphics and animation. However, they soon found themselves working at the same design studio in Sydney, Mathematics, where for nearly three years they created print, web, and animation work primarily for clients in the music industry.

Both say that textiles and needlework never really interested them until a band approached the studio looking for an animated video clip and their boss came to them with the idea of an embroidered film (it later became Helsinki’s “˜Like it or Not’). The only catch was that neither of the twins knew how to embroider, but the opportunity was too good to turn down so they ran with it, learning how through a Reader’s Digest embroidery manual and by watching internet tutorials on YouTube. Maricor and Maricar say it was this first embroidery project that showed them what a lovely tactile and quirky medium it is. They describe is as “œwarm’ and personal”, finding excitement in the level of detail possible and the ability to layer color, and the pair like to think of their style as “œpainting with stitches”. However it wasn’t until they left Mathematics to focus on their own studio, MaricorMaricar, that they really thought about embroidery as a something they could do full-time. Winning the grant to travel and work in the UK through the British Council Australia was the catalyst for getting them to take it seriously; while there, they signed with their first illustration agents Handsome Frank,’ and they never looked back. When they first began embroidering,’  MaricorMaricar’s subject matter tended to be lettering due to their design background. Their commissions come mostly from advertising and editorial projects – ESPN Magazine was their first and resulted in their “˜GO PLAY’ embroidery. This is still one of their favourites: “œWe love the sentiment of the phrase and think it matches the work we do which is often playful”. Maricar says the “œplayfulness we could bring to embroidery was the initial reason we started. Since then it’s the color and tactility that has really inspired us, playing with surface and texture”.

Their work is very detailed, and there are many steps in the artistic process before the finished product. All of their embroidery works starts of as a sketch, but depending on the type of treatment they’ll either “œcolor it up digitally by vectorizing it or use watercolors to create the gradient color mash ups”. They then trace the design onto fabric, which is normally a cotton plainweave fabric (although they have used linen twill and denim for special projects).

Lately they’ve started to be a bit more abstract and really experiment with the form of embroidery – as opposed to applying the thread onto fabric they’ve been exploring how the embroidery can be worked into the fabric and looking at using different unexpected materials as well such as paper and plants. Maricar says they can get a little bored doing the same style of graphic, so are always keen to see how they can push embroidery and their lettering style into different forms, which they call “œguerrilla embroidery”. You’d think that being so close and spending so much time together would eventually lead to disagreements, but the pair love working together. Maricor says “œ I count myself very lucky that I have a creative partner who has the same interests as me and the fact we can be very honest with each other with feedback and criticism means we waste less time in making creative decisions”. They work together very closely, and for larger pieces take it in turns to give the other a rest from the physical strains of embroidery.

As children, Maricor says she doesn’t have many memories of drawing but that they were probably more into making things – “œpretending that the cardboard box diorama we had made was a dolls house or that Lego-tetris blocks could be played as a real game” – which is why they feel shy calling themselves illustrators or designers, preferring to describe themselves as “˜makers of things’. She thinks embroidery appeals to the obsessive compulsive streak in their personalities, exploring lines and patterns with their interest in lettering and typography. As far as inspiration goes, they’  love seeing the amazing work done by other artists, which make them want to develop their own work. Maricor also says that “œcoffee-and-biscuit breaks, puttering in the garden for some fresh air, and cuddles with my daughter are great motivators”. Their’  dream creative project would be to have a “œsolid six months to focus on a completely embroidered stop motion animation… A short film perhaps or an installation video on a large scale”. Maricor’s favourite projects so far has been their Turns of Speech and Figures of Phrase exhibition – she says it was exhilarating and nerve-racking at the same time as it was their first solo show. Maricar’s also proud that they took that first step when they left their stable 9-5 jobs to establish MaricorMaricar without really knowing what they were doing or having a safety net, especially knowing how much she likes to plan things. 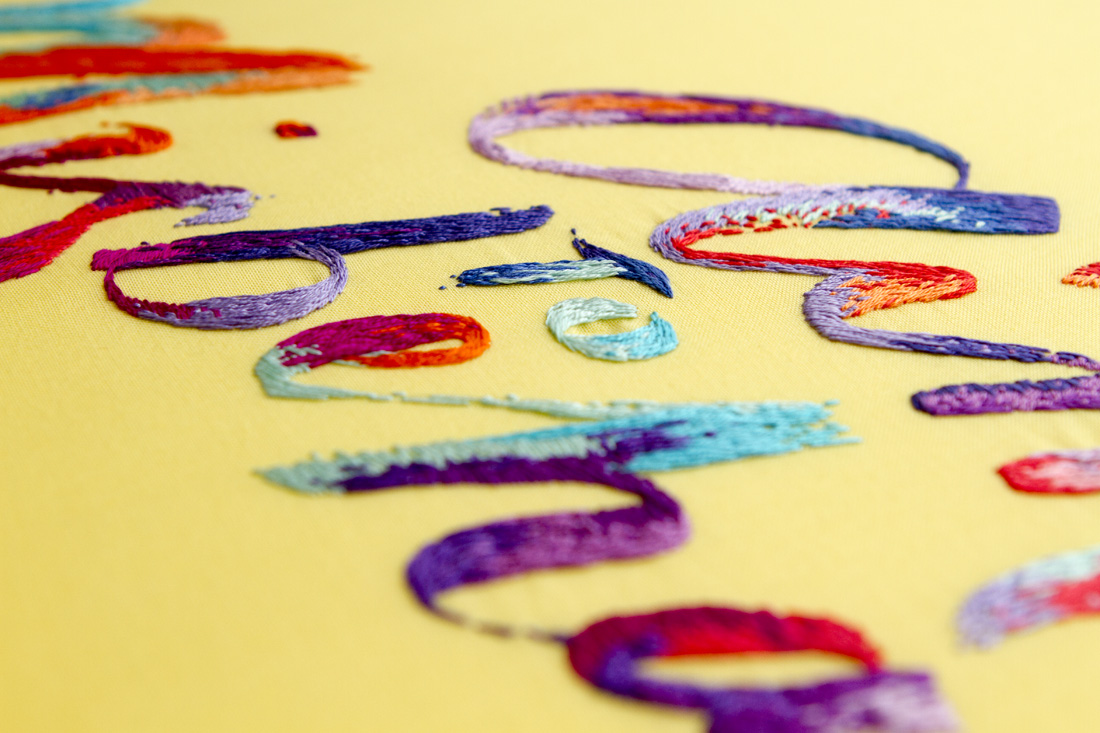 Intricate detail from an embroidery by the twins. Photo: Illusion Magazine

MaricorMaricar’s career path has been pretty unconventional, and their advice to aspiring textile artists is not to be concerned about being traditionally trained – their graphic design training has fed into their embroidery work and given them more unusual sources of inspiration. Unfortunately the market in Australia is a lot smaller for illustration in general, and the market for embroidered graphics even narrower. However, they get a lot of work from overseas, thanks to agents in both in Sydney and in the UK, who have great ties with clients in the US. 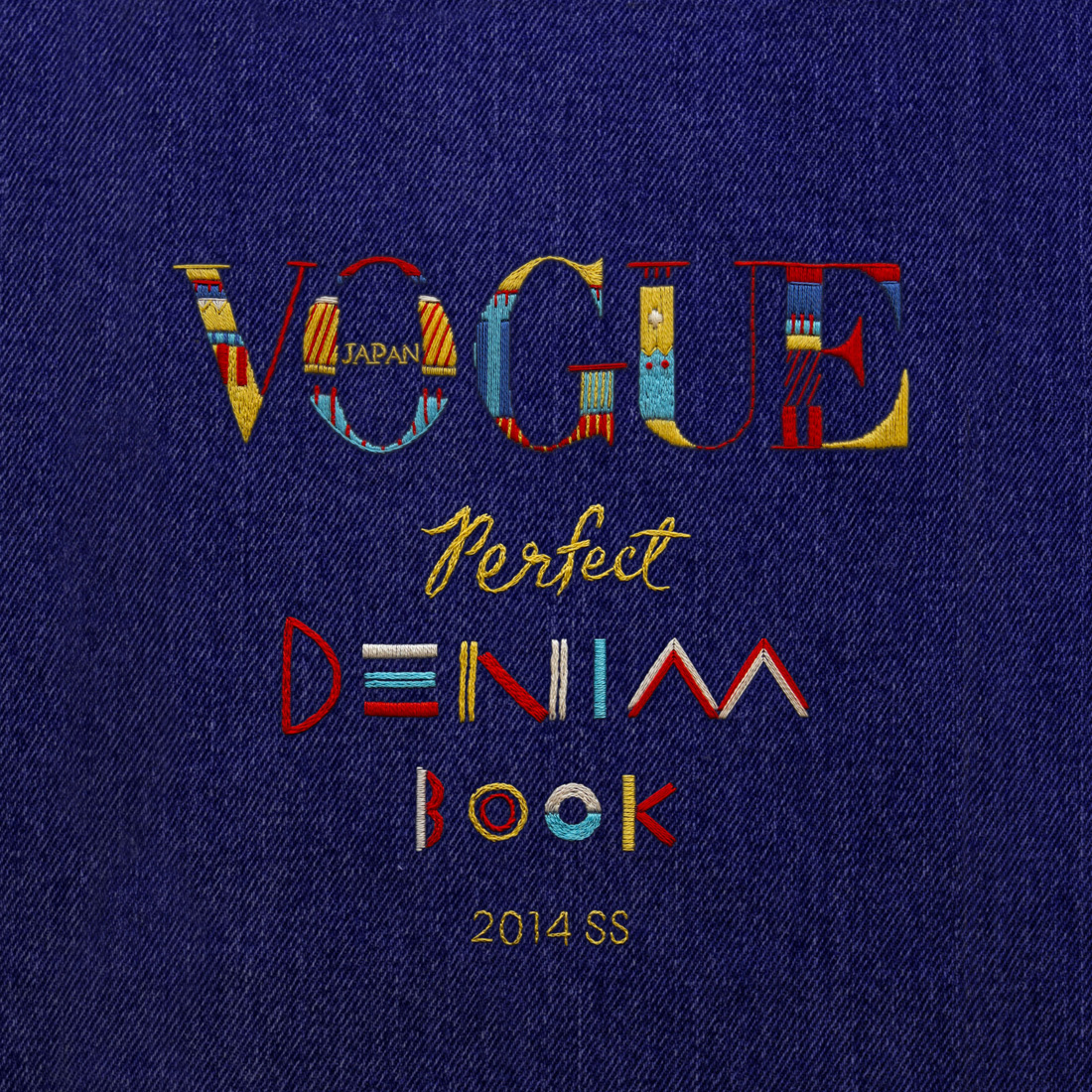 MaricorMaricar are unstoppable – a glance at their website shows just a selection of the stunning projects they’ve produced over the last couple of years, from Vogue Japan to book covers and exhibition collaborations. They also have an online store where you can buy their pieces or order custom designs as well as an Etsy shop for their giclÃ©e prints. This work is truly where embroidery meets art and the twins turn a simple craft in to a modern, exciting medium with endless potential.