Maryam Nassir Zadeh is best known for beautifully curated, downtown NY store‘ as well as her own fashion designs, but at home she’s known as ‘mom’ to two beautiful girls Anais and Luna. We’re huge fans of her impeccably styled retail space as well as her own pieces, but most of all the fact that she’s embraced motherhood alongside her own businesses – seamlessly leading the way in fashion and bringing up her children at the same time. We’re inspired by her ideology and drive, combining her passion with her working life and balancing her family life.

Her passion for clothing started young and after graduating from RISD with her undergrad in metalsmithing and textiles she immediately decided to start her namesake clothing line in LA, where she grew up. She calls her first pieces ‘experimental’ – one of a kind t-shirts embellished with embroidered cottons and vintage lace, but some of the biggest stores in the world like Maxfield, Liberty and Barneys bought into her vision even though she was ‘young and clueless’. One of the best decisions she made a short while later in 2005 was stepping back and acknowledging she needed to learn more technically as well as about business before designing more. After consulting for various brands and assisting stylists, she enrolled in an intensive fashion studies course at Parsons in 2006.

It was her boyfriend (now husband) Uday that convinced Maryam to open her own space after seeing her working in her friend’s boutique during this time – she was in her element and after his encouragement they wrote a business plan together and applied for financing from the SBA. The idea was born in April 2008, the space was leased by June and they had opened the store by September. The economic crisis hit in October that year, not an ideal time to start a new business, but had they waited’  a few months they may not have been able to get the loan so everything came together.

Maryam’s intention for the business was to have “a family business and lifestyle/community location that was not only about fashion but a more personal space, serving as a window into one’s aesthetic sensibility in a variety of realms.” They thought how beautiful it could be to create a space to act as a backdrop for both her and Uday, to be able to express themselves through an open-ended space like this. The resulting store was a huge success – Maryam’s namesake boutique and showroom on the Lower East Side became pillars for in-the-know fashion fans and indie designers.

It wasn’t long before she found herself pregnant with first daughter Anais, however, and new priorities arose. One thing Maryam learned from her mother was that family comes before anything, telling her her greatest joy in life was raising Maryam and her brother.’  Maryam describes her as her inspiration for being a better mother and takes her family ideology into her own life – both in business and at home. She says “when AnaÃ¯s was born, it was almost too profound to comprehend how significant that experience is and how that relationship shapes you day by day” and now all she will work is a a full week from 9-6 daily and no more because of her children. What doesn’t get done in one day has to happen the next – Maryam can only do so much work in order to feel balanced. She credits her team at the MNZ store with providing her with amazing support to take the pressure off when she needs to step back:

“I like to maintain a full and focused schedule at work, so when I do get home I rarely work. I dive right into motherhood in the evening and try to maintain that spirit throughout the weekend with AnaÃ¯s. I try to keep it separate and enjoy our family moments.”

When it comes down to business, Maryam manages the different needs by taking turns focusing on all of them – on certain areas more during certain months of the year and also depending on deadlines. Sometimes it calls for her to manage all the balls in the air at the same time – buying, merchandising, styling and designing – sometimes exploring one area fully at a time, ignoring the rest.

Not long after Anais came second daughter Lune, but this didn’t slow Maryam down one bit – in 2013 she turned her hand back to designing, launching an in-house line of womenswear and shoes with her eclectic sensibility. Maryam describes her line as “œeasy, but artful, strong and feminine… pieces that one can throw on without effort and still feel elegant and pulled together”. She’s even talking about more MZN stores and collaborating with good friend Susan Cianciolo on a children’s space – something she never would have considered before. 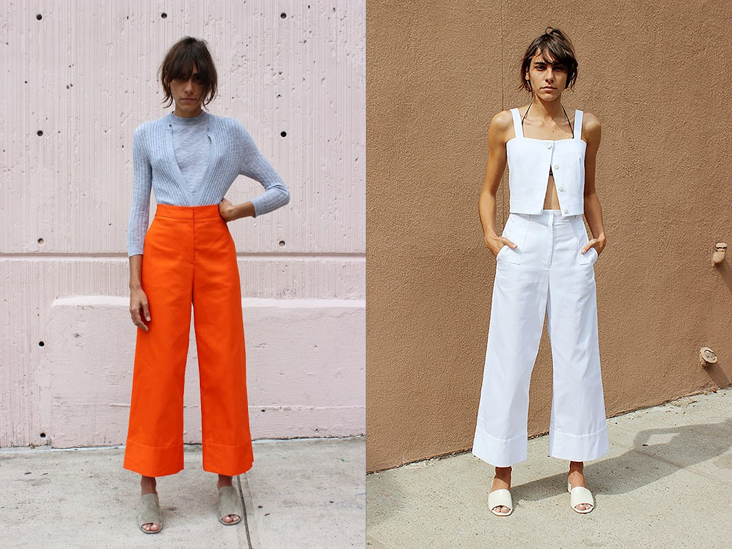 Motherhood has obviously had an impact on Maryam – she admits she never cared about children’s clothes, but now loves recycling Anais’s clothes on Lune and watching Anais marching around their apartment in shoes, lipstick, jewelry and cardigans borrowed from Maryam herself. She says she primarily would like to expose her daughters to natural things that her and her husband have collected – shells, crystals, driftwood – rather than such material things, but she’s not adverse to technology making life a little easier. Anais is obsessed with the iPad, watching Elmo and Barney, but Maryam has made peace with this as it keeps Anais enertained (which helps herself and Uday), but also really teaches Anais a lot.

It’s not to say that motherhood all comes easy to her, Maryam struggles with things many mothers do – maintaining her weight and health after two children, preserving selflessness and balancing a household. She says the hardest part of motherhood for her is discipline, the children not responding and knowing she needs to stay strong with what she knows is right and not right as a mother. Maryam admits she is still figuring it out, but knows time, understanding and communication are her best weapons for being a better mother. She says that “as overwhelming as motherhood might be at times, everything falls into place and has its space to exist. The more you open your life to opportunities and experiences, the more life makes room for the abundance”. Maryam and Uday don’t get much private time – after working a full week and spending all their evening hours with their children, they’ve realized they need time for themselves too, utilizing their amazing parents when they need a break. When Anais was little she used to fall asleep in her parents’ bed, putting her leg around day and her arm around Maryam’s neck. Maryam describes this as one of the best moments, “œto feel the day is winding down with three of us all experiencing love together. She really feels connected to us and nothing could give me more satisfaction.”

Maryam may have made sacrifices to her working hours as well as time with her young children, but the reward she gets from being a mother and a businesswoman means she’s found her happiness balance:

“œThe combination of work and motherhood is so gratifying that each gives strength unconsciously even if I’m focusing on the opposite, I feel better for having those two separate parts of your life.”