The History of Cotton – Trade, Politics and Industry

Next in our history series is cotton. The history of cotton is the history of trade and industry with a lot of politics and economics thrown in. Now the most prevalent fabric in the world, it’s humble beginnings trace back to nearly 4000 BCE in India. Cotton fabrics were traded throughout the Mediterranean in ancient times and all over Europe in the Middle Ages and the Renaissance. At one point in time, the economy of the American South was fueled by “œKing Cotton”. Today, cottons come in all shapes and sizes from underwear to evening gowns and everything in between. 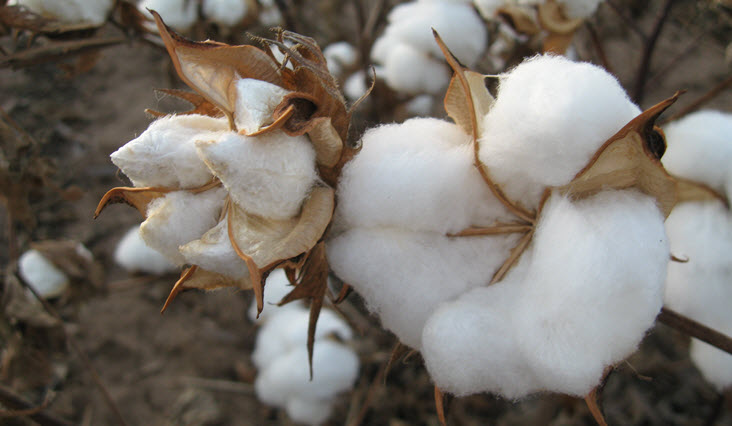 Cotton was first domesticated from wild plants in India around 4000 B.C.E. and around the same time in Mexico.’ The cotton plant is a shrub that prefers’ tropical and sub-tropical climates. The spinning fibers come from the boll or seed pods that are surrounded by fluffy fibers. The bolls are picked and the seeds extracted to leave the usable fibers. Until the invention of the cotton gin in the later 1700s, all cotton processing was done by hand.

There are many species of cotton grown throughout the Americas, Africa, Asia, and even Australia. Today, China is the leader in cotton production, though most of it is used domestically within China. The United States leads the world in cotton exports. Other’ leading’ cotton producing countries include’ Uzbekistan, India, Turkey, Pakistan, and Brazil.

There are over 50 species of cotton but the species that are grown for production break down into 2 main types – old world cotton of Indian, Pakistan, and Asia and new world cotton of the Americas. The United States mainly grows varieties of Upland cotton, which accounts for 95% of the cotton market. Old world cotton is 5% of the global cotton market. Traditionally, cotton came in many colors from tans and browns to blues, greens, and pinks. Now white is the only color that is mass produced for commercial use and it is strictly controlled so that it is not contaminated by colored cottons.

Another label, “mercerized cotton” means thread that has been treated with an acid bath’ after it has been spun to singe off the stray fuzz and random ends. This makes a strong, smooth, thread and less likely to create lint, snag while sewing, and resistant to shrinkage.

History of the Cotton Trade

India had at least a thousand years of cotton textile production before Alexander the Great invaded in 327. As a result, Greek merchants started trading cotton with India. The Romans followed afterwards along with Arab traders by the 1st century CE.’ Cotton was favored in the Arab world as it made it easier to comply with Islamic sumptuary laws. Being an easily adaptable fabric for many types of climates, the Islamic world transformed cotton from a luxury fabric into an every day one. For example, some of the earliest forms of true knitting are cotton socks from Egypt with stranded blue and white patterns. 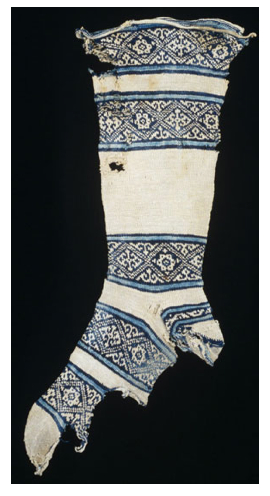 The Italians started their own cotton industry from trade with Arab countries in the early Medieval ages. Centers of cotton growing, spinning, and weaving sprang up especially in the North from 1000-1300 CE. The Italians combined the warps of other materials such as wool and flax to create a wide variety of fabrics. Most notable of these was fustian, a blend of linen warp and cotton weft. This created a sturdy, versatile cloth that’ was extremely affordable.’ Cotton production spread throughout Europe from 1300 onwards. Italy had competition as new centers of cotton production were started in other countries, the German fustian industry proving to be especially tough competition. 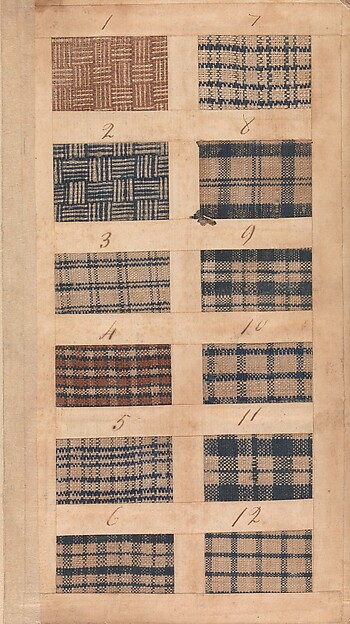 Samples of fustian from 1771, Metropolitan Museum of Art

In 1615, the British East India company was established and started importing printed fabrics into Britain. Cotton competed with the British wool industry so a ban was put on wearing printed calicoes until the later 1700s. Meanwhile. other nations started their own trade companies with India including the French East India company and the Dutch East India company. Cheap printed cottons imported from India were soon on the market in Europe. Ironically, these are what the commoners in Persia and Turkey were wearing at the time. These printed fabrics were very popular to the Europeans, being far more colorful and colorfast than anything produced domestically.

Soon printed cottons, known as chintz, of all levels of quality were on the market in Europe by the late 1600s. They were ecstatically embraced by all levels of society. The most expensive patterns were made from a complex multi-step resist dye process and hand-painting, which created elaborate floral designs.

These were made into fashionable dressing gowns for men and day dresses for women. More modest prints were printed with roller blocks that created a simple, repeating pattern. 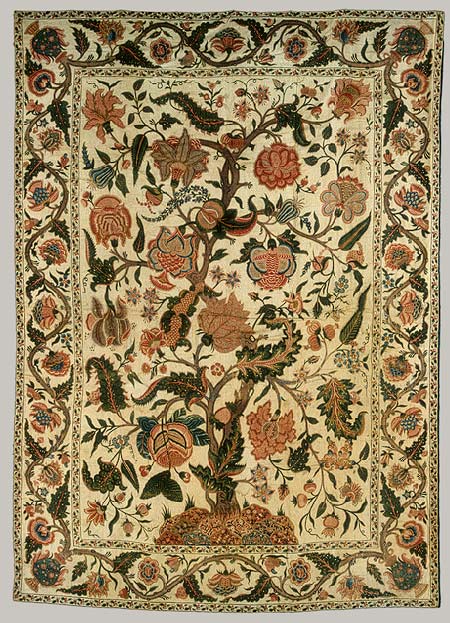 Bed Cover (Palampore), early 18th century, Metropolitan Museum of ArtThere was a race to create the same types of printed fabrics in Europe as were imported from India

Into the 1700s, Europeans looked for ways to duplicate the vivid printed cottons from India. India, in turn, churned out more elaborate, hand-painted and resist dyed cottons. Britain gave in on its ban on printed calicoes in 1774 and started its own industry, churning out cheap, printed cottons that were suitable for infants and the poor. The wealthiest in Europe continued to wear imported prints from India. By the 1790s, Britain was boasting cotton fabrics that were as fine as any imported from India.

Cotton came to the Southern colonies in the mid-1700s. Ideal conditions in the South along with an ample supply of slave labor saw the American cotton industry grow between 1750 and 1790. In 1789, British Engineer Samuel Slater came to the newly formed United States, having memorized the designs of the highly guarded English textile mills. He began work in Massachusetts to create the first water-powered textile mill in the United States. It wasn’t until the invention of the cotton gin by Ely Whitney in 1793 that made it into a truly profitable crop. The cotton gin allowed one man to process 1000 pounds of cotton for market instead of 5 or 6 pounds by hand. The combination of Slater’s textile mills and Whitney’s cotton gin, jump-started America’s textile industry. By the 1860s, America was producing 2/3rd of the world’s supply of cotton. 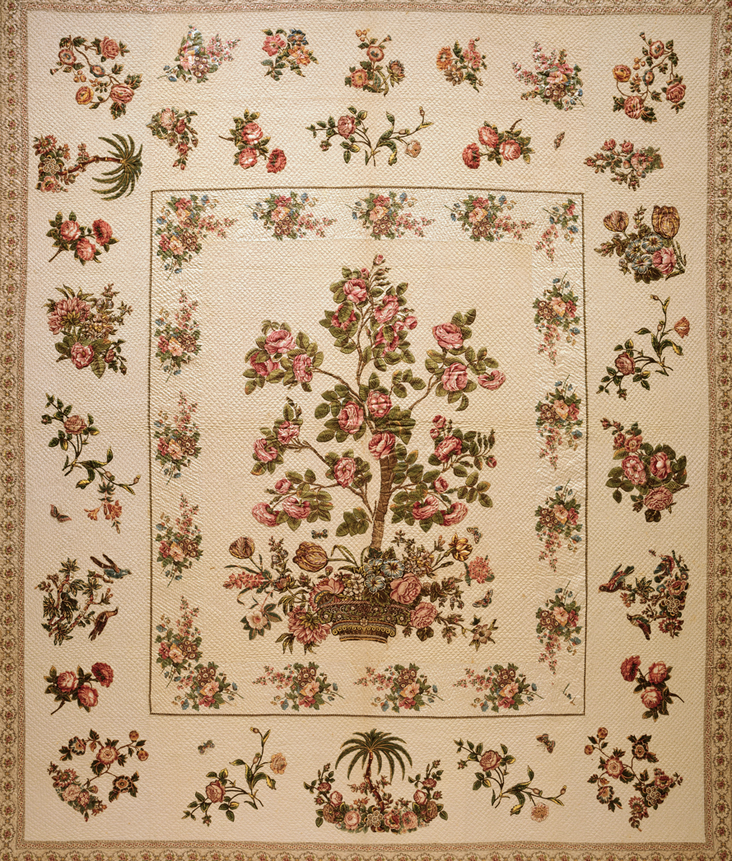 During the American Civil War, the Confederate states, made up of ‘ all the cotton producing slave states, bet that the economic power of “King Cotton” would convince Britain to join their cause and ruin the New England textile industry. This ultimately backfired on them as Britain had already stockpiled cotton and all the blockade did was increase the value of their stockpile. Furthermore, Union troops eventually marched into Southern states and sent the supply of cotton to the textile mills in the North. King Cotton was a failure.

The South would further be plagued by the boll weevil, a pest from Mexico that devastated cotton crops starting in the late 1890s. This crashed the already damaged Southern economy even further by effectively eliminating their one cash crop. The boll weevil would eventually turn out to be a blessing in disguise as farmers were forced to turn to other crops such as peanuts to avoid the weevil. This revitalized Southern farms and saved the Southern economy. In 1917, Coffee County, AL produced more peanuts than anywhere else in the United States. As a tribute to the lessons learned and a testimony to man’s ability to adapt and adjust in the face of adversity, the residents of Coffee County erected a monument to the boll weevil in the county seat of Enterprise to remind everyone of the lessons of the boll weevil. It is the only monument ever created to honor a pest.

The 20th Century and the Cotton Industry

In 1920, Gandhi realized that cotton was essential to India’s independence. He led the khadi movement and encouraged Indians to boycott British cottons and use homemade goods, or khadi. WWII created a demand for khadi. Afterwards, India was able to mechanize its cotton industry create large-scale production again. Industry moved to Asia after WWII as well. British textile manufacturing couldn’t keep up with cheaper labor outside the country and many of its textile mills closed. The same happened in the US and around Europe as well. US Cotton production did recover after 1950 and the US started to dominate the world market again on production of raw cotton. 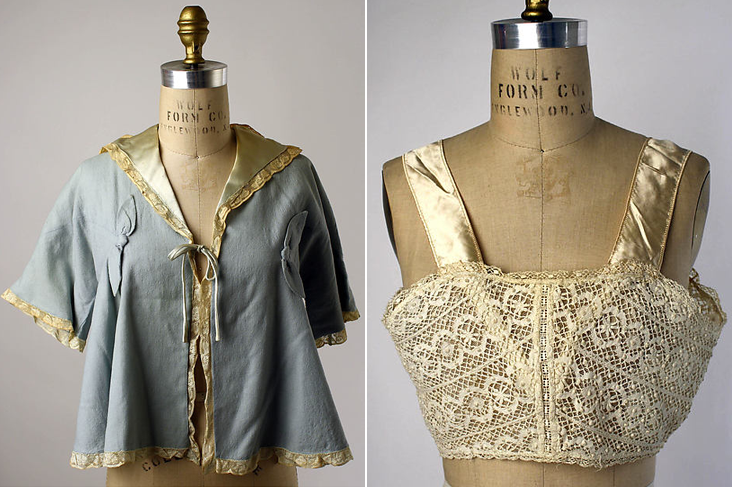 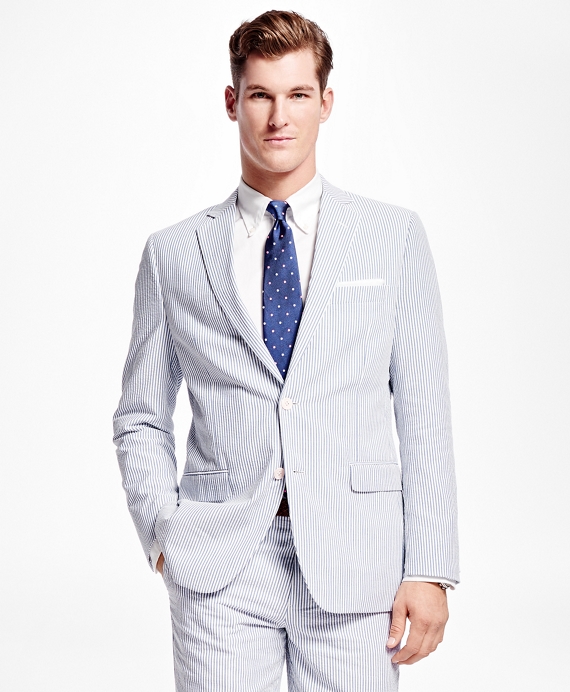 Today,’ cotton is an international industry worth over $425 billion dollars. Cotton fabrics are used in everything from underwear to evening gowns to surgical dressings. There is also a thriving market for organic cotton grown without pesticides and processed in an environmentally friendly manner. Men’s seersucker suits are even regaining popularity. Whatever you style, you can find it in cotton.

Other posts by Deb Fuller