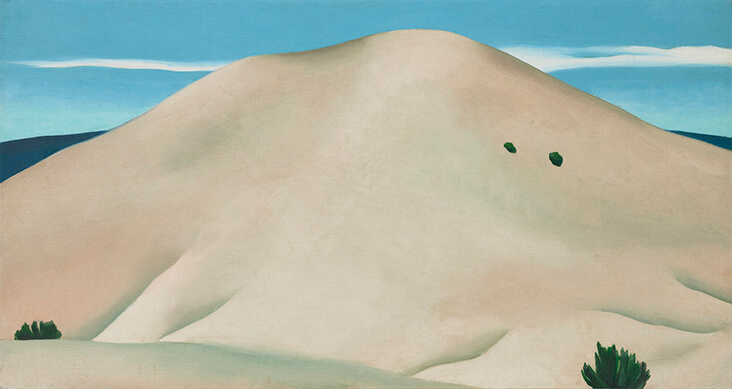 Pioneering American artist Georgia O’Keeffe made a significant and long-lasting contribution to the history of art, with a daring new language of spare, stark simplicity that foreshadowed minimalist abstraction. Her mid-20th century art was an ode to nature and the wide-open space of the American outback, with its pale, bleached colours, huge skies and undulating horizon lines. Soft, sandy shades of grey like PEYOTE featured in much of O’Keeffe’s art, sometimes in her early flower paintings, but most predominantly in her barren depictions of the New Mexico desert, where dusty horizons and low-lying, sun-baked hills seem to ripple and fold like creases of fabric. 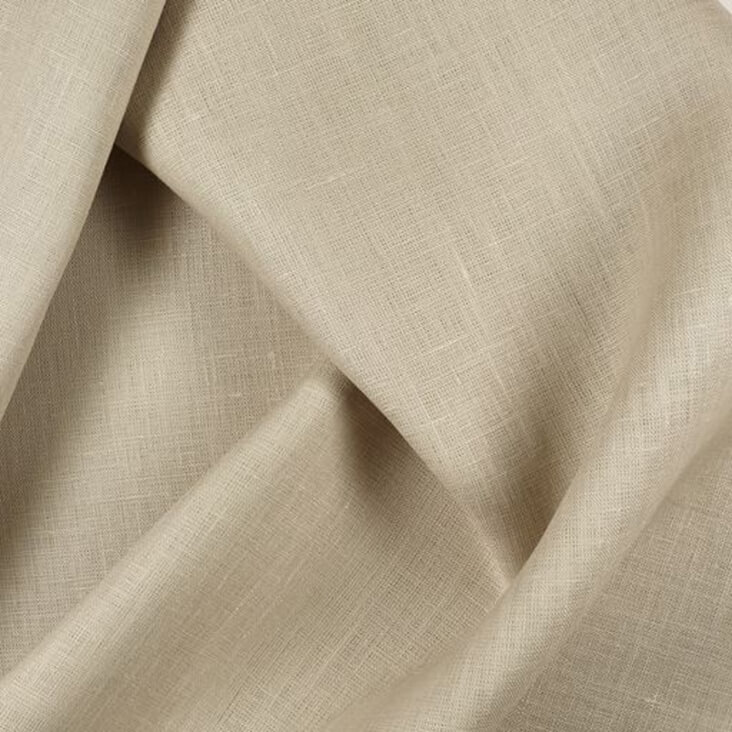 O’Keeffe was born in 1887 and grew up on a farm near Sun Prairie in Wisconsin. She never forgot this rugged place where wide-open space was unlimited and the land seemed to go on forever. Nonetheless, as a young woman, the city promised education and opportunity, and she made her way to the Art Institute of Chicago in 1905, followed by study at the Art Students League in New York. While pursuing a teaching position in Texas, O’Keeffe began experimenting with a series of abstract charcoal drawings, which opened up in her a new way of thinking about art. Their simplified, organic shapes, and smooth, flowing forms paved the way for O’Keeffe’s later flower paintings, which she developed while living in New York City.

Calla Lilies, 1924, is one of a series of paintings in which O’Keeffe visits the sensuous form of the lily flower. Here she paints a series of flowers closely cropped, so our eye travels over their soft, fleshy surface as it moves in and out of the light. In a carefully balanced composition, O’Keeffe contrasts the vivid yellow of the stamens and the intense green of the stems with a series of softly flowing greys and greens that subtly flow into one another, suggesting movement and space with the sparest language.

O’Keeffe made the first of many trips to New Mexico in the summer of 1929, where she became immediately entranced by the stark, bare landscape and its soft, sun-streaked colours. Over the next two decades, O’Keeffe made an annual pilgrimage to the New Mexico desert to paint, and in 1949 she moved there permanently. Being in this new and unfamiliar environment had a profound impact on O’Keeffe’s art, leading her to make some of the most monumental works of her entire career. In the strikingly simple Soft Gray, Alcalde Hill, 1929- 30, O’Keeffe closes in on a single hillside, simplifying it into an almost entirely abstract form that gently curves like the contours of the human body. Grey is the dominant colour here, dented with deepening shadows and accented with tiny ripples of fleshy pink. In the background O’Keeffe’s sky is tinged with grey-blue, suggesting the steady encroachment of night. 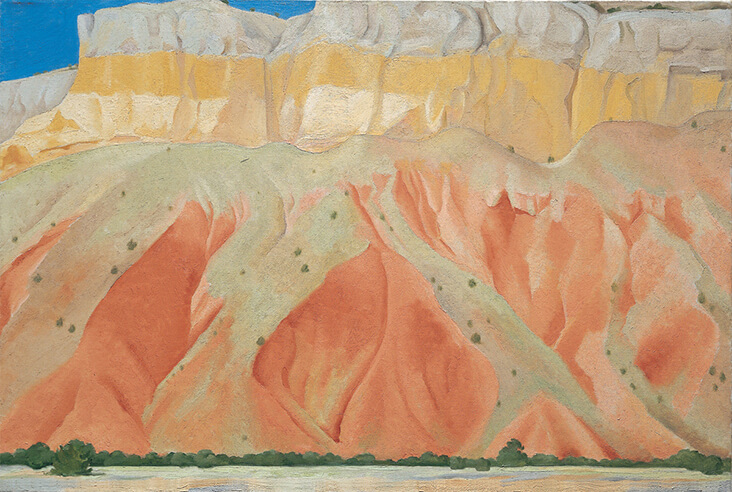 The slightly later Sand Hill, Alcalde, 1930 is equally as sparse and barren, an ode to the empty and unspoilt wilderness of the place she eventually came to make home. Here O’Keeffe explores a brighter colour scheme, painting the smooth surface of the dry mountaintop with sandy grey and peach tones, and the sky a raging, vivid blue. Made a decade later, O’Keeffe’s painting Untitled (Red and Yellow Cliffs), 1940 is more complex, documenting the craggy, rocky surface of a steep crumbling mountainside with a series of pale rustic hues. Coral pink crevices are cut into with accents of soft, sandy grey that run in rivulets down the uneven surface of the mountainside, rippling and glinting here and there in the stark, baking heat of the New Mexico desert sun.