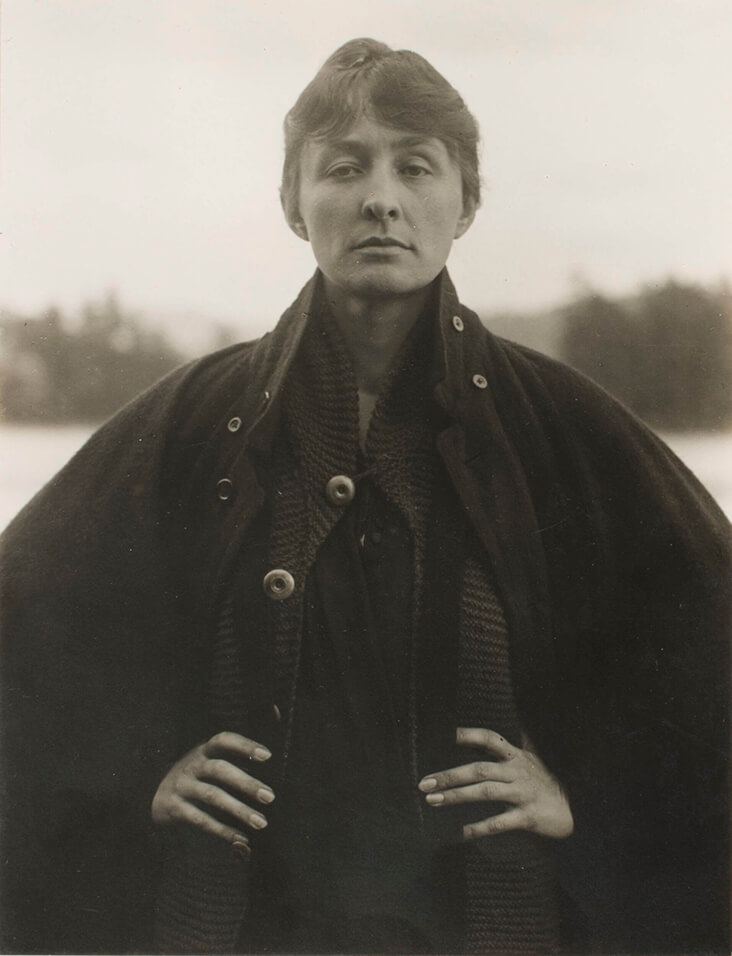 Georgia O’Keeffe was a woman of immeasurable talent and ambition, one who charged through the 20th century with a singular and uncompromising vision. Her name is synonymous today with immediately arresting paintings of sleek, sensuous flowers and the barren, hollow bones of New Mexico. But there is another, less written about side to O’Keeffe, that of a power dresser who adored clothing and fabrics. She left in her legacy a vast archive of clothing that spanned most of her lifetime, some she even made by hand as a talented seamstress. These clothes reveal much about the way she saw herself, and the image she wanted to present to the world. And one of the most fascinating aspects of her self-styled image is the way it synchronised so closely with her art, echoing the same clean, bold and assertive language of modernity. 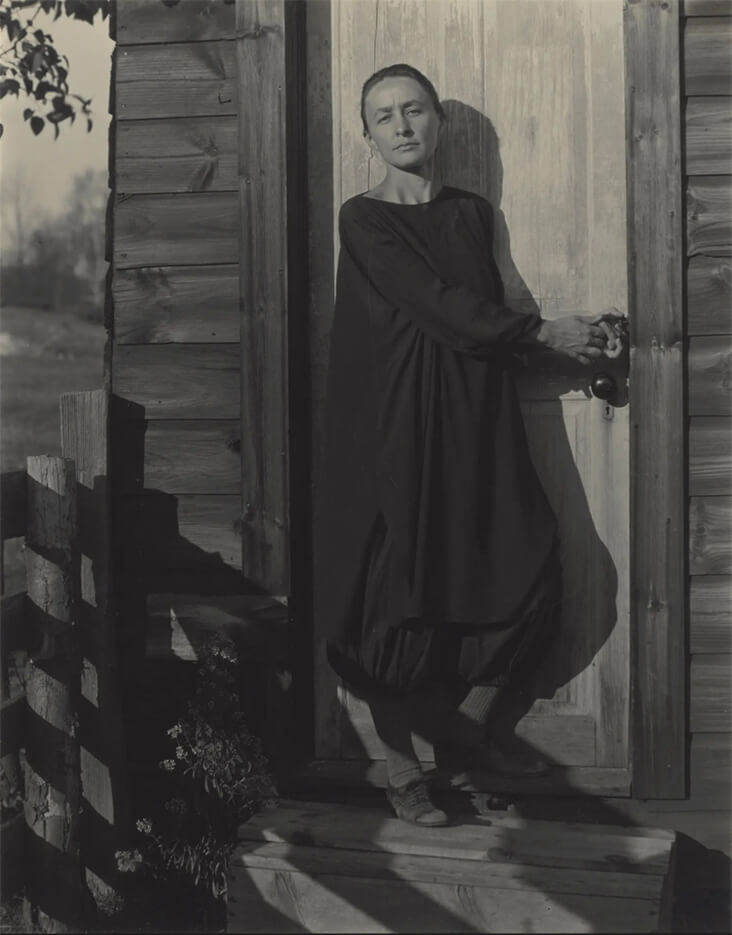 O’Keeffe was a country girl at heart, born and raised on the family wheat farm in Sun Prairie, Wisconsin. They were an immensely creative family and O’Keeffe was taught how to draw and sew from a young age by her many older family members. Even in these early years, she was already beginning to understand the close relationship between various artistic disciplines. From a young age, O’Keeffe she knew she wanted to become an artist, and she went on to study at the Art Institute of Chicago, followed by the progressive Art Students League in New York.

O’Keeffe’s big break came through exhibiting her art at Alfred Stieglitz’s New York gallery in 1918. Stieglitz and O’Keeffe also began a love affair, and she became his muse, appearing in hundreds of his photographs over the next 15 years. As her career grew, O’Keeffe was also photographed by various other leading photographers including Ansel Adams and Yousuf Karsh. Her experience posing for these photographs was hugely significant for O’Keeffe, showing her that she could cultivate a public image for herself that would deepen the understanding of her art. Over time, the many photographs of O’Keeffe as she matured present her as a powerful, totemic figure dressed in the same sinuous, flowing shapes that appeared in her paintings, and it is as if she and her art become one. Public images also show O’Keeffe often dressed in black and white with minimal lines and silhouettes, an androgynous look that was as daring and confrontational as her art. 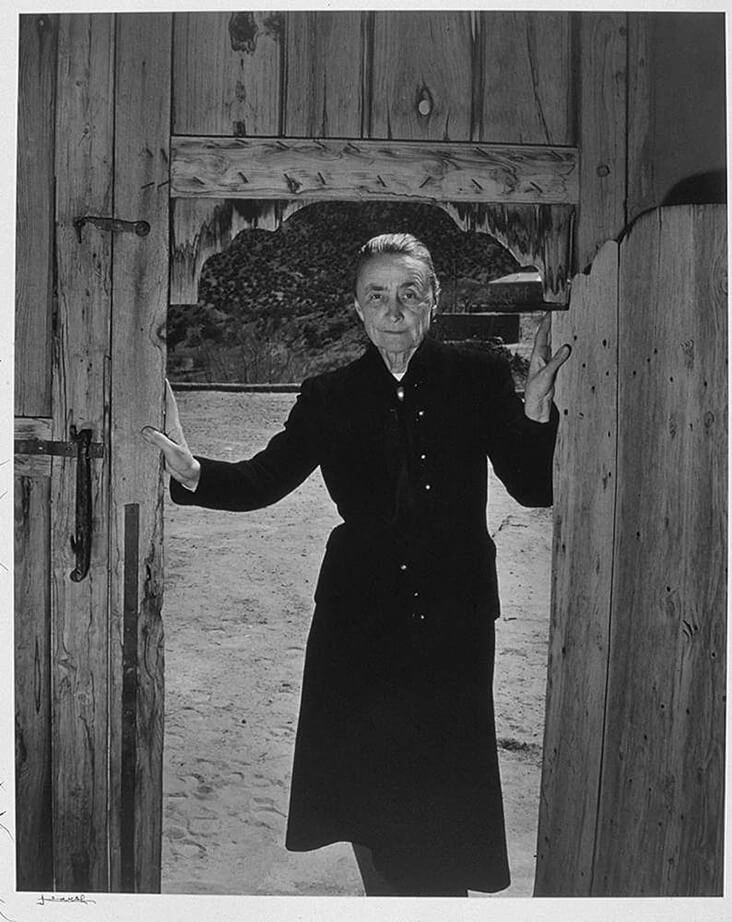 But O’Keeffe’s relationship with clothing and fabric wasn’t just for public show – after her death in 1986, a vast wardrobe brimming with around 2000 different clothes from throughout her entire life was discovered in her home, and this rich archive of clothing reveals many hidden stories about the artist. She was a talented seamstress and made many of her own clothes, which she stored away as works of art in her wardrobe. She also wore many more types of clothing than those we see in the publicity shots, including different patterns and colours. O’Keeffe also had a huge collection of wrap dresses and kimonos which she mostly reserved for wearing at home because she loved their flowing drapery and comfort. When she relocated to the desert of New Mexico, O’Keeffe developed a minimal working uniform of jeans and a denim shirt, not just for their practicality, but because they allowed her to express the kind of rustic, naturalistic artist she had become.

In 2017, the esteemed art historian Wanda M Corn curated an exhibition at the Brooklyn Museum titled Georgia O’Keeffe: Living Modern. It was a radical display that exhibited O’Keeffe’s huge archive of clothing alongside her art, drawing many parallels between the two. Corn wanted to highlight just how closely tied O’Keeffe’s dress sense, and entire lifestyle, was with the aesthetic of her art. Knowing about O’Keeffe’s personal style also gives us a much deeper understanding of who she really was beneath the surface, and how she brought the same uniquely personal vision of modernity into every aspect of her life.