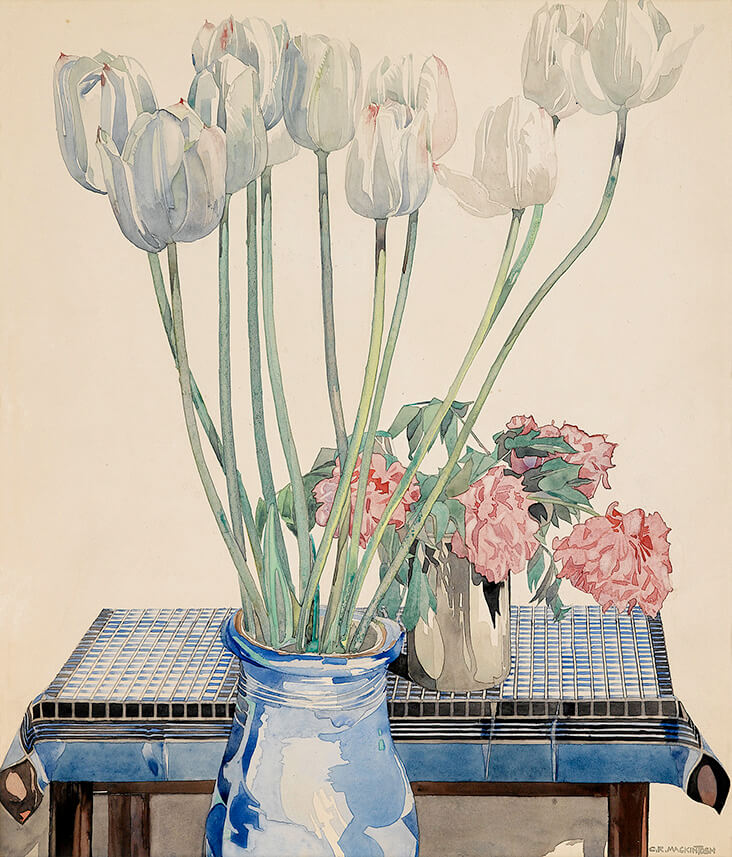 World-renowned Scottish artist and designer Charles Rennie Mackintosh was a pioneer of the Art Nouveau and Art Deco style, mastering a language of simple, restrained elegance inspired by the curvilinear forms of nature. Blooming flowers of all kinds became his most enduring motifs, appearing in countless drawings and paintings, as well as his prolific design work in textiles, furniture, architecture and stained glass. In his art, Mackintosh often leaned towards painting flowers with soft, dusty pink tones like DECO ROSE, contrasting sharply with dark tones and black, which gave his artworks an eye-catching elegance that typified the aesthetics of early 20th century European art and design.

Mackintosh was born in Glasgow, Scotland in 1868, but he spent large amounts of time in the surrounding countryside, where his love affair with both drawing and nature began. As a young boy, Mackintosh would spend hours drawing the flowers and vegetables of his father’s allotment, which he called the “garden of Eden.” Mackintosh trained as an architect and draughtsman at a private practice, while studying evening drawing classes at the Glasgow School of Art. 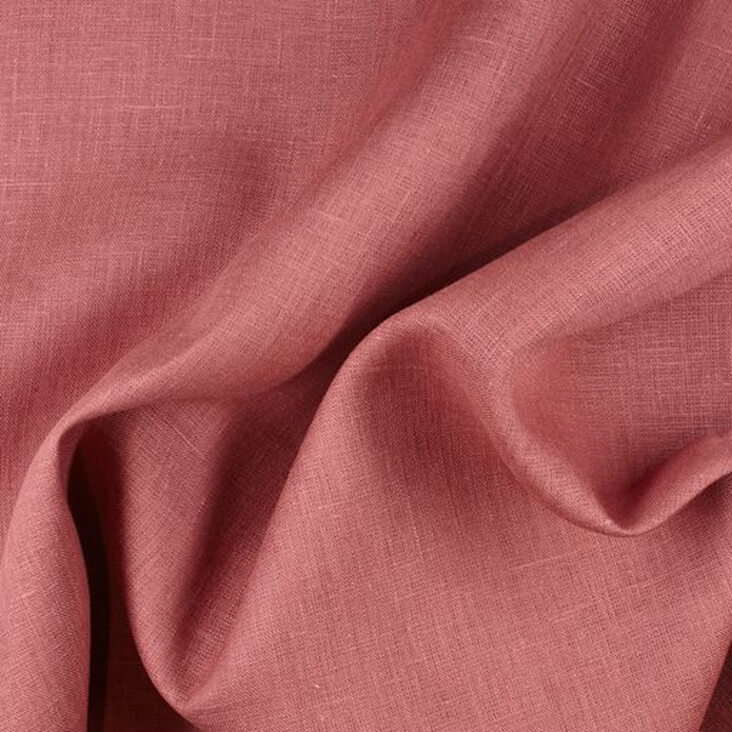 Throughout the 1890s Mackintosh carved a name for himself as a leading Scottish architect, but he also continued to pursue a range of other disciplines, including furniture, metalwork, graphic arts, watercolours and paintings. Mackintosh’s most important, career-defining moment came in 1896, when he was commissioned to redesign the entire Glasgow School of Art building. His iconic designs merged elements of Japanese geometry and Scottish baronial traditionalism with cutting-edge new materials and elements of stylised Art Deco detailing.

In 1914 Mackintosh moved with his wife, the artist Margaret Macdonald to rural Suffolk. Moving to the countryside ignited in Mackintosh a renewed interest in drawing; he and Macdonald often worked closely side by side or even collaboratively on botanical studies. During this fruitful period of his mature career, Mackintosh made countless flower drawings and paintings which demonstrate his deep fascination with these living, breathing forms, which became metaphors for the cycle of life. This archive of work is now recognised as one of the most important aspects of his entire career. He wrote in one of his notebooks: “Art is the Flower… Life is the green leaf. Let every artist strive to make his flower a beautiful living thing… you must offer the flowers of the art that is in you – the symbols of all that is noble – and beautiful – and inspiring.” 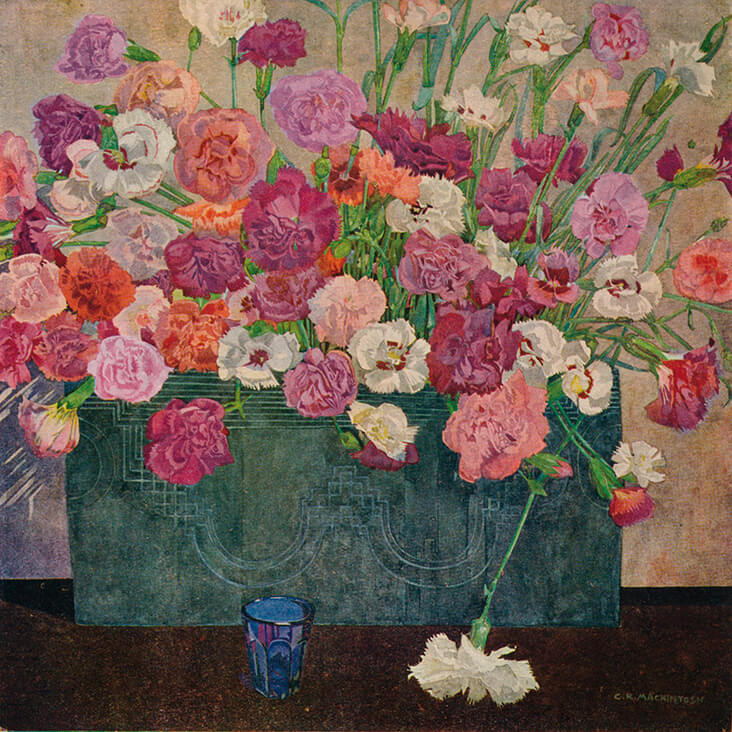 In White Tulips, 1918-20, Mackintosh combines the long, extended arms of tulips with the wild abandon of pink peonies that droop out over the chequered tablecloth below, their blushing shade of pink acting like a streak of reckless, wild abandon in amongst the image’s order and restraint. In the later painting Pinks, 1920, Mackintosh has fully surrendered to the natural wonder of pink flowers in various shades of violet, lilac and rose, which spill out in riotous blooms across much of the picture plane, bursting forth from their fresh, vibrant green stems. Below them, Mackintosh contrasts his pinks and greens with deep shades of dark turquoise and earthy brown. 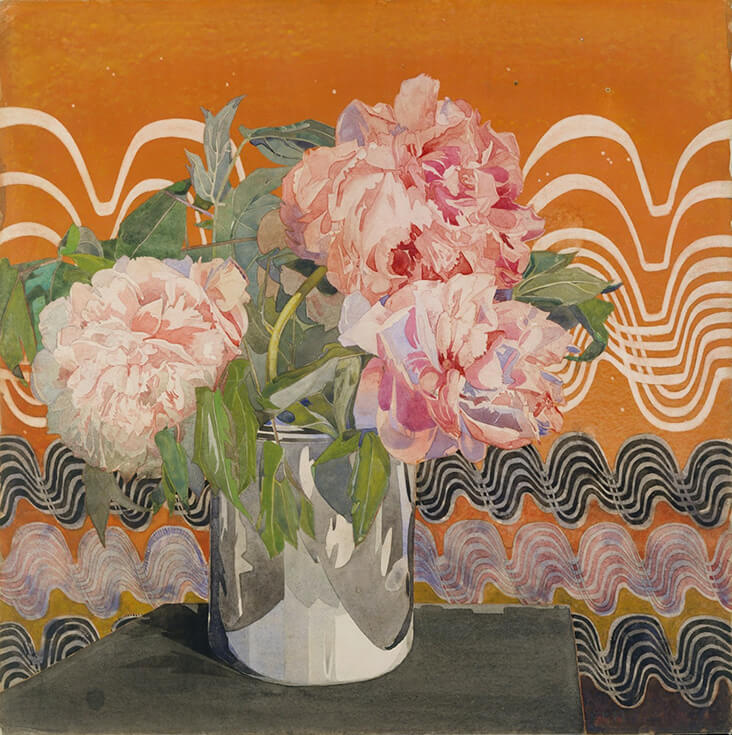 Made in the same year, Mackintosh’s elegant painting Peonies, 1920, zeroes in on just three peonies artfully arranged in a glass jar on a table. In this close-up study he pays close attention to the fluttering, diaphanous textures of the flowers, and their shimmering pink colourways as they catch the light from the room around them. Mackintosh contrasts their delicate, pink femininity with a searing hot orange in the background. The wall is adorned with a shimmering, wavy art deco pattern that echoes the organic, linear forms of the flowers before it, and demonstrates just how intertwined nature was with the Art Deco style.