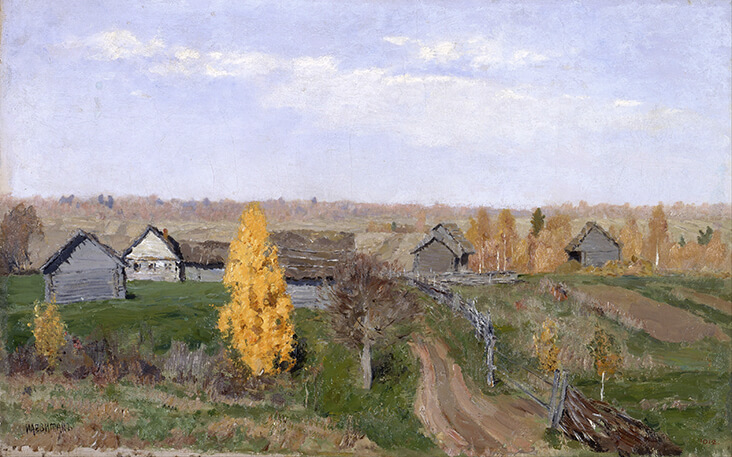 Turn of the 20th century Russian painter Isaac Levitan brought sparkling shades of pale gold like NEW WHEAT into many of his most celebrated paintings, lighting them up with the brilliant luminescence of summer and early autumn. A leader in a period known as the golden age of Russian landscape painting, Levitan captured the radiance of his native Russia with sparkling clarity, conveying its wide, expansive skies and vivid golden light. He simultaneously invested his art with an ambient, emotional resonance that foreshadowed the Symbolist painters a generation later. As such, Levitan became a pioneering figure in the Peredvizhniki School, producing some of the movement’s most celebrated works of art.

Levitan was born in 1860 in a small town called Kibarty, part of modern-day Lithuania. Born into a large family, Levitan’s childhood was marked by poverty, but he found solace through art, regularly running off to draw the trees and grass on the outskirts of the town. In 1870 the family moved to Moscow, and just three years later, at the age of 13, Levitan began studying at the Moscow School of Painting, Sculpture and Architecture. During this time Moscow was a lively, progressive centre for the arts, and the prodigiously talented Levitan immediately flourished in this fresh and inspiring environment. 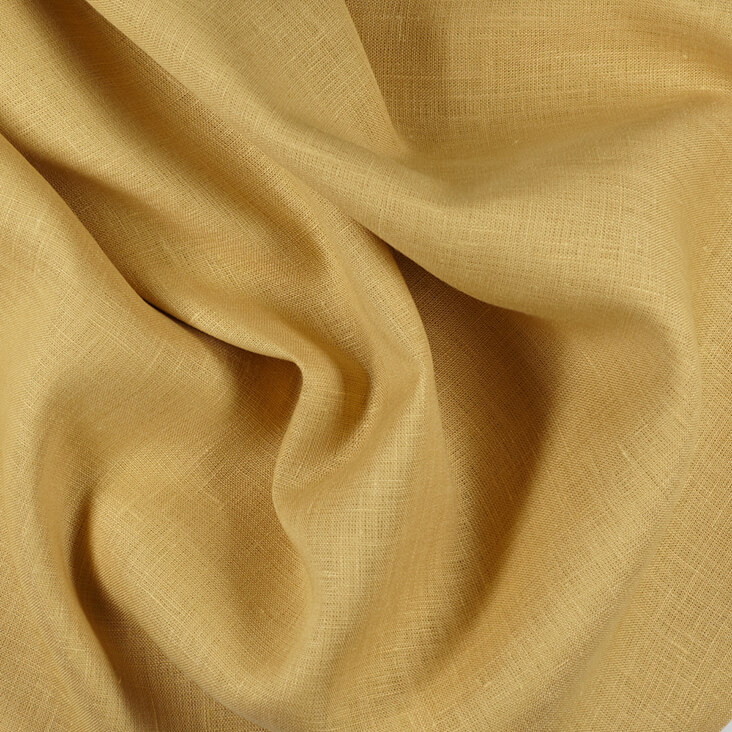 Through changing family fortunes Levitan continued his studies at the Moscow School, and they became a lifeline of support during his most challenging financial times. From early in his study Levitan demonstrated a preference for landscape, and he showed a natural aptitude for capturing the striking effects of light from first hand, observational study. In 1882, Levitan took up lessons with the famous Russian landscape painter Vasily Polenov, a pioneer in the Peredvizhniki School. He was the first to introduce Levitan to the French Barbizon School and Impressionist painters. By 1884, Levitan had become a member of the Peredvizhniki School, attending meetings and contributing to their group exhibitions, where he became recognised for his soulful, emotionally resonant landscapes. 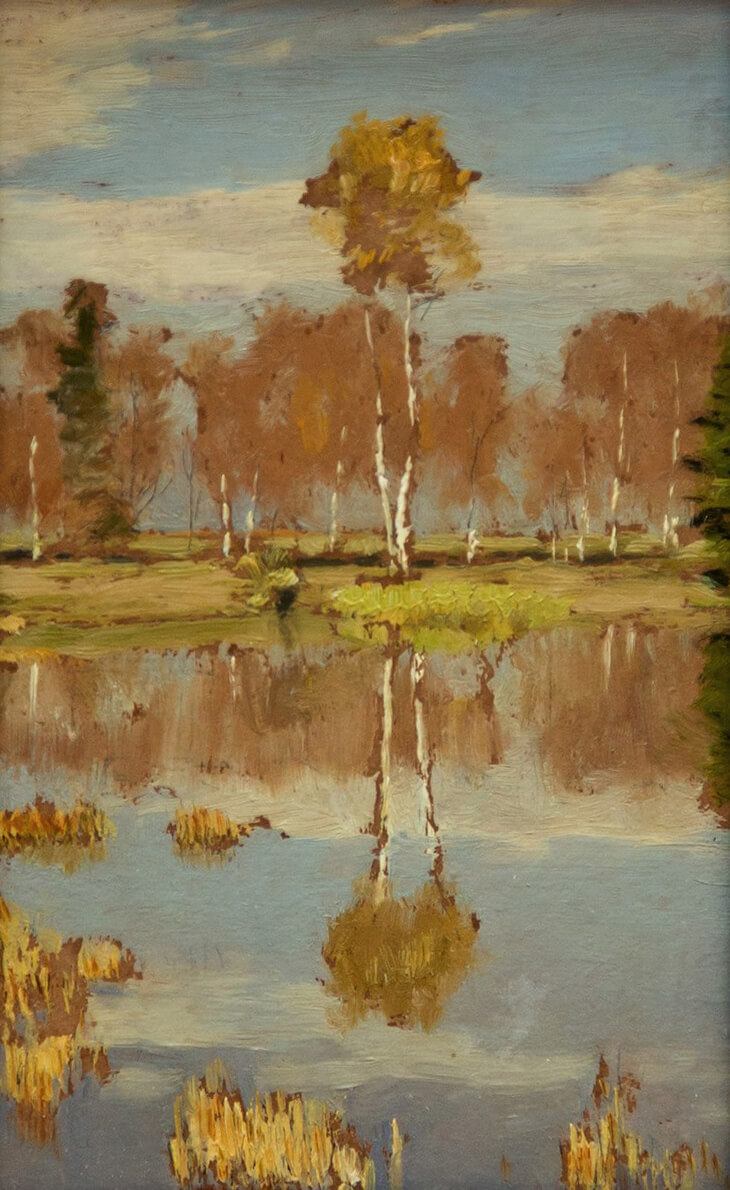 Levitan’s painting The Vladimir’s Road, 1892, represents the desolate Vladimir Road leading out of Moscow, a well-trodden pathway for exiles being transported out of the city. Levitan captures the scene with surprising simplicity, painting a low horizon line so the expansive, silvery cloud-flecked sky fills almost two thirds of the canvas. On the bare grass below Levitan introduces streaks of pale gold, which act like flashes of hope and optimism in amongst the exposed, barren wilderness.

In the later painting Golden Autumn, 1895 we see how Levitan’s paint handling has become freer and more expressive, applied in loose, dappled brushstrokes to capture the ephemerality of nature. Again, Levitan creates a crisp and cool clear sky overhead, offset against the warm shades of the autumnal landscape below. Levitan draws our eye towards one particular tree, which sings out with brilliant golden radiance in amongst a sea of softer green and grey hues. 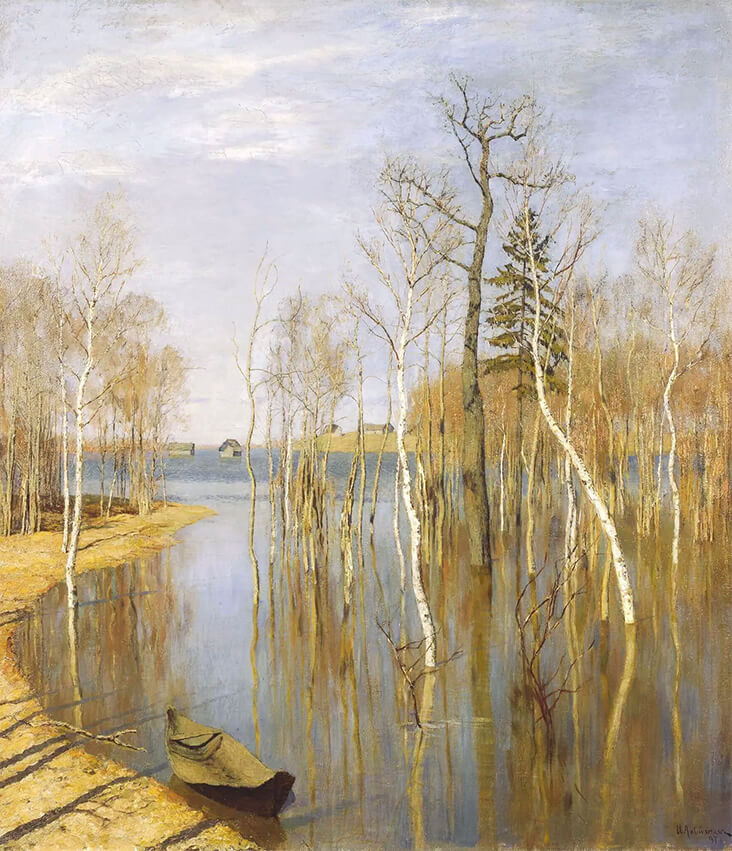 Levitan’s masterful painting The Spring, High Water, 1897 changes tack, leaning towards sharply defined detail and a restrained palette of pale yellow and pastel blue. Here slender pale-yellow trees stand bolt upright in a watery enclave, reflecting like strands of ribbon into the mirror-like water below. A curved bay of land sweeps in from the left, catching the sharp light of the clear blue sky overhead on its glistening golden surface. The Lake, Russia, 1900 is a wide-open stretch of Russian lake water that reflects the tempestuous dappled blue sky on its rippling surface. All around the lively, activated water lie patches of green and gold scenery, sparkling with the magical, ambient light of Levitan’s beloved native Russia.