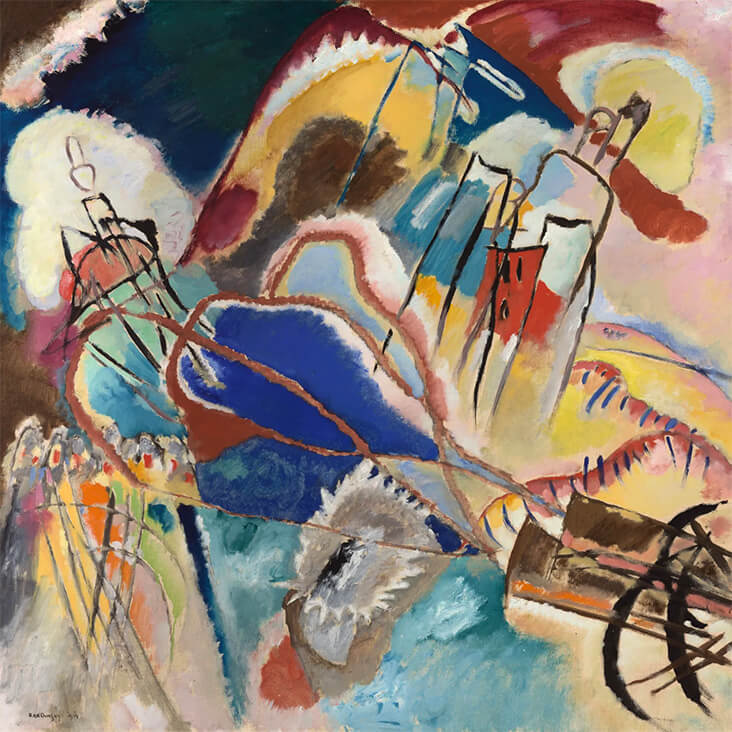 The great Russian 20th century master Wassily Kandinsky pioneered a bold new language of abstraction, one that was firmly rooted in the spiritual world. He saw art as a bridge between the real world and another place beyond the tangible, one that can only be felt through sonic vibrations of colour, pattern and light. As an avid colourist, Kandinsky embraced the full spectrum of the rainbow, but he also recognised the inherent value in subtle, muted shades, which carry qualities of mystery, enigma and the unknown. FUNGI’s soft, warm grey was a recurring feature in Kandinsky’s art, and we often see it nestled in amongst vivid hues to create a quiet, muffling effect, like a warm blanket or a dense layer of cloud.

Kandinsky began his life in Moscow in 1886, the son of wealthy, mixed-origin parents. His father was born near Mongolia, while his mother was a Muscovite. The artist grew up in Odessa, a bustling, cosmopolitan city filled with sights and sounds that lit up his young imagination. From a young age, Kandinsky showed great sensitivity to colour, one that would play a vital role in his adult art. However, Kandinsky didn’t begin an art career until he was 30 years old, having trained and worked in law and economics. In 1896 Kandinsky trained as an artist in Munich, and it was here that Kandinsky came into contact with German Expressionism, which profoundly shaped the nature of his own art. 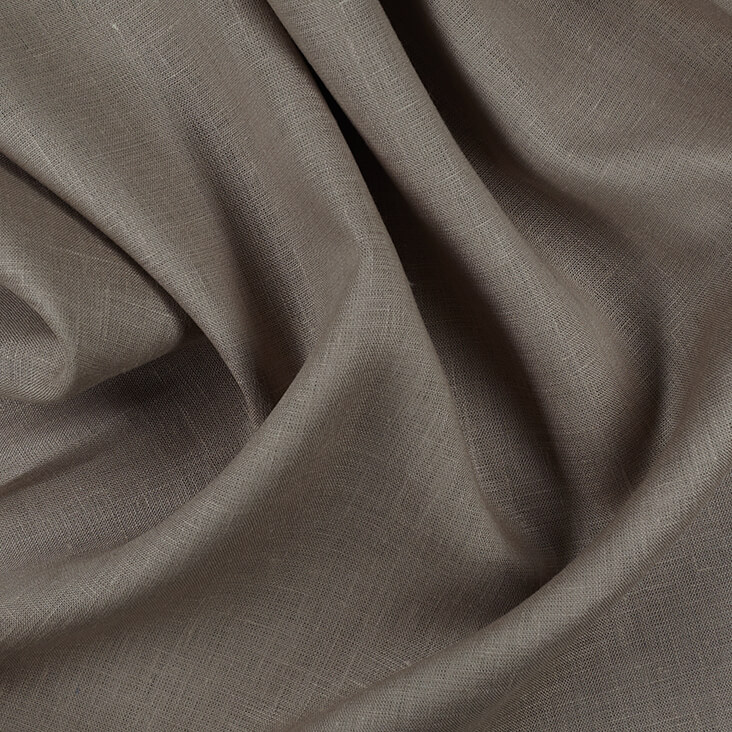 From the early 1900s, Kandinsky began painting in an increasingly abstract way. He was a founding member of the Blue Rider, a group of 9 expressionist artists who saw spiritual experience as the driving principle behind art production. The group took its name from an earlier painting by Kandinsky which featured a horse rider in a blue cape racing into the distance, symbolizing the journey from the real world to the spiritual one, made possible through the power of art. This concept of art as a tool for transcendental experience through symphonic arrangements of shapes and colours became a profound element of Kandinsky’s practice.

Kandinsky’s famous painting, Cossacks, 1910-11, we see his increasingly obscure language, as Cossacks, or Russian cavalrymen in orange hats ride through a magically surreal landscape. Loose parts seem to float through the painting, invoking sonorous qualities, while rainbow hues mingle with the soft grey haze of mountain mist. In 1911, Kandinsky produced his iconic art manual, Concerning the Spiritual in Art, which outlined his theories on the spiritual properties of art’s formal elements – line, colour and composition. Through writing this text, Kandinsky was able to consolidate his ideas and reach ever closer to pure abstraction. 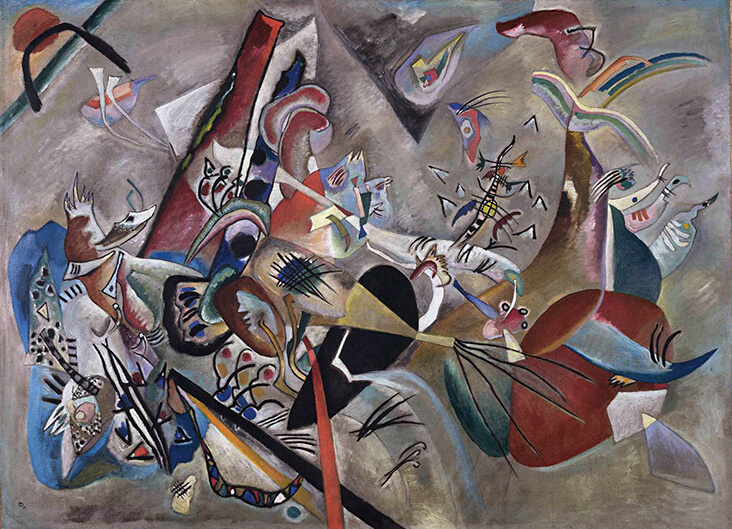 Kandinsky made the later painting In Gray, 1919 after returning to Russia following the outbreak of war. His art of this period grew increasingly layered and complex. Letting go of the real world and making a transition into another realm, Kandinsky paints weightless lines and forms that seem to float around in space. Warm, enveloping grey fills the entire backdrop of the painting like a veil of mist that obscures everything behind it.

In the 1920s, Kandinsky moved to Germany to take up a teaching post at the Bauhaus. Under the influence of his peers, Kandinsky’s art became increasingly geometric, emphasising the theosophical, harmonious spirituality of circles, triangles and squares. Circles, in particular, were a recurring motif for Kandinsky during this time, representing progress, regeneration, renewal, and a connection with the celestial world. In Swinging, 1925 we see his playful exploration of circular forms in full force, arranged into a complex network alongside a series of triangles, lines and grids. Grey becomes a rich, dense backdrop here, a neutral playground onto which sprinkled shards are laid out, suggesting the musical properties of movement, rhythm and harmony.