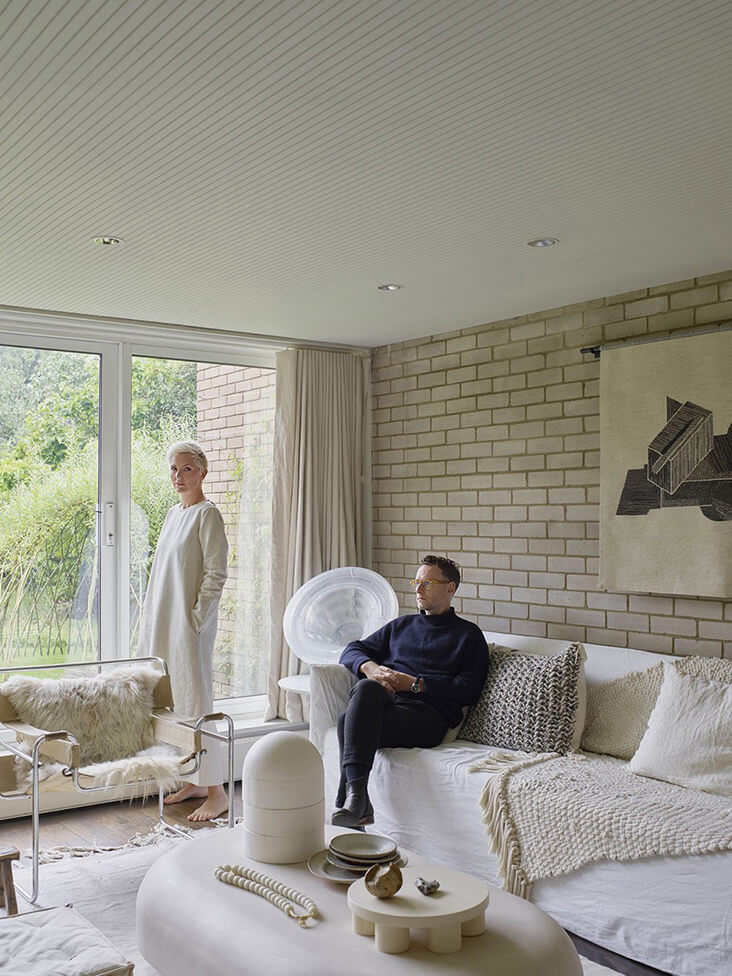 Matt Gibberd and Faye Toogood at home in Highgate, London

Matt Gibberd and Faye Toogood are one of today’s leading design duos, with a slew of magazines including Vogue, The New York Times and Dezeen rushing to promote their work. Based in London, each have separate, successful careers to their name – Gibberd is a property specialist and architectural journalist, while Toogood is a furniture, fashion and interior designer. Yet over the years they have spent together, they have undoubtedly shaped one another’s design ethos. Evidence of the couple’s shared aesthetic has come to light in the various ‘fixer-upper’ homes they have redecorated together, which blend modernist minimalism with old-world, hand-crafted charm, a style Toogood calls “minimalist folk”. 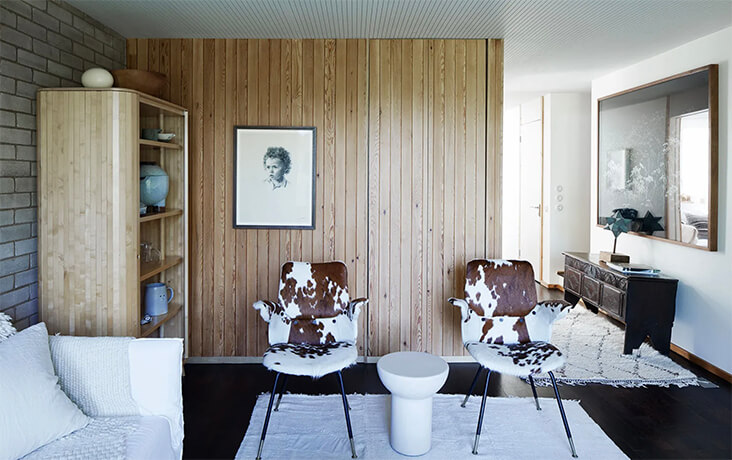 Matt Gibberd first met Faye Toogood at the lifestyle magazine World of Interiors. Gibberd was working there as a writer and sub-editor, while Toogood began as a prop stylist before moving into the role of interiors editor. The couple remained in close proximity while continuing on separate, yet interrelated career paths. Gibberd went on to establish a pumped-up estate agency with his childhood friend Albert Hill called The Modern House, specialising in unusual, high-profile buildings, while Toogood found her niche in quirky, sculptural furniture and fashion design. Both initially set up studios not far from one another, in the Foundry building on Regent’s Canal. 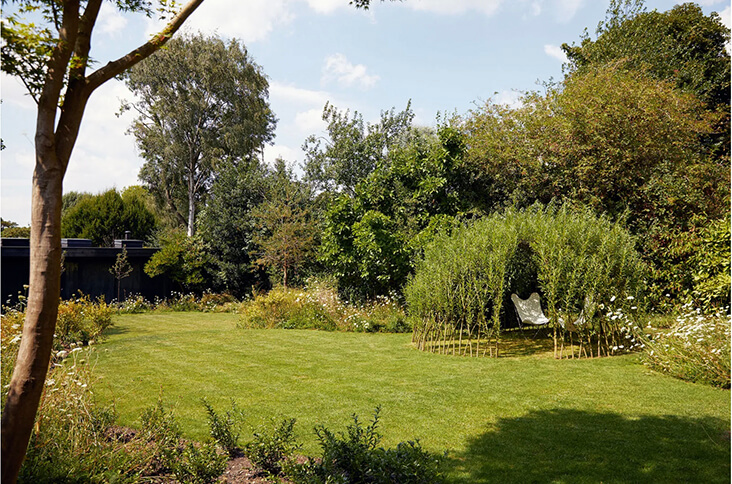 The couple’s first home together was in Canonbury, near to the Foundry. A listed Georgian terrace building, it was decked out in marble mantelpieces and dark gloss wood, they deliberately selected antique furniture to suit this aesthetic. When the pair first moved in together, they had starkly different ideas about how to live – Toogood being the avid collector of stuff and Gibberd the extreme minimalist, but over time they have learned to blend these two approaches into an eccentric blend of old and new, modernism and maximalism. 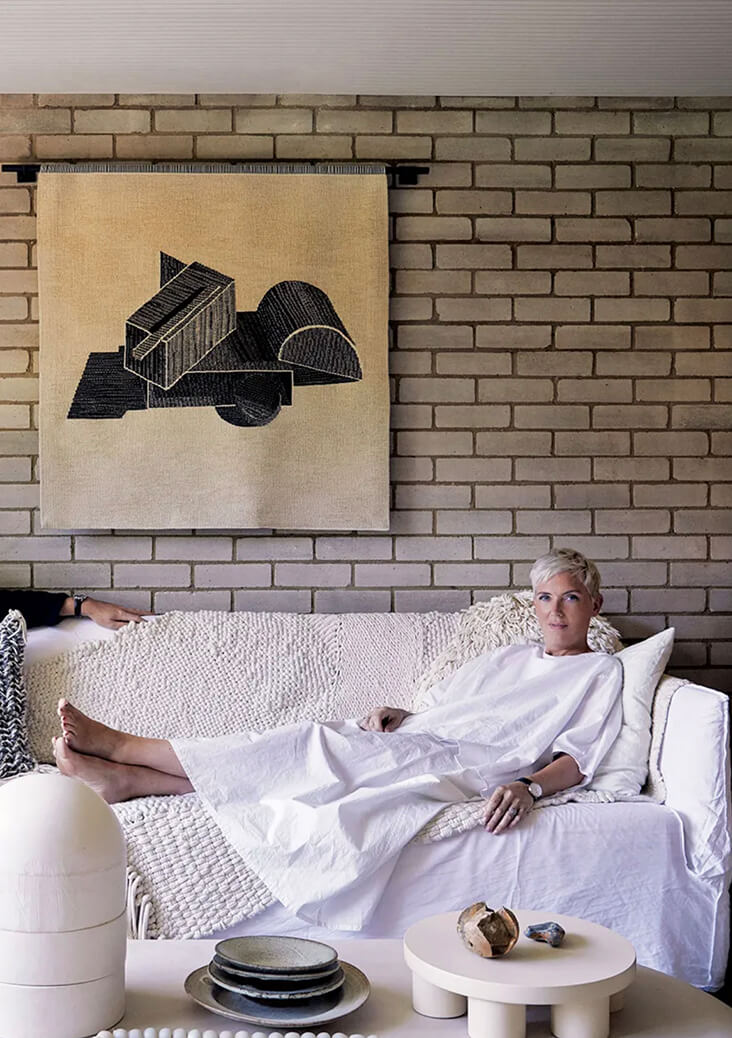 After selling their first home in Canonbury, the couple relocated to a sleek new home in London’s Highgate. Constructed in the 1960s, the eccentric building was formerly home to the Swiss-born architect Walter Segal, a compact modernist vision sandwiched neatly between a row of 19th century townhouses. Neglected and in need of modernising, Gibberd and Toogood set about cleaning up the interiors with lashings of white paint, stone and polished concrete. When the antique furniture of their old home arrived it looked all wrong, so this, too had to be gradually replaced with something cleaner and more refined.

Now with three young children in tow, the couple have become crafty with hiding away the inevitable clutter of family life, incorporating hidden areas of storage around the home. If Gibberd strives for a clean and ordered space, Toogood also allows eccentric curiosities to colour her husband’s minimalist purity, bringing hand-made objects and thrift store finds in to soften what might otherwise be too cold and clinical. And it is this seemingly effortless, organic blend of ideas that has allowed the couple to create interior spaces that are filled with just the right balance of order and personality. Toogood sometimes lets her natural curiosity take over, and changes things around to keep the space feeling fresh, as she explains, “I just love this conversation with objects!” She adds, “Arranging things over and over is something in my life I always come back to.” 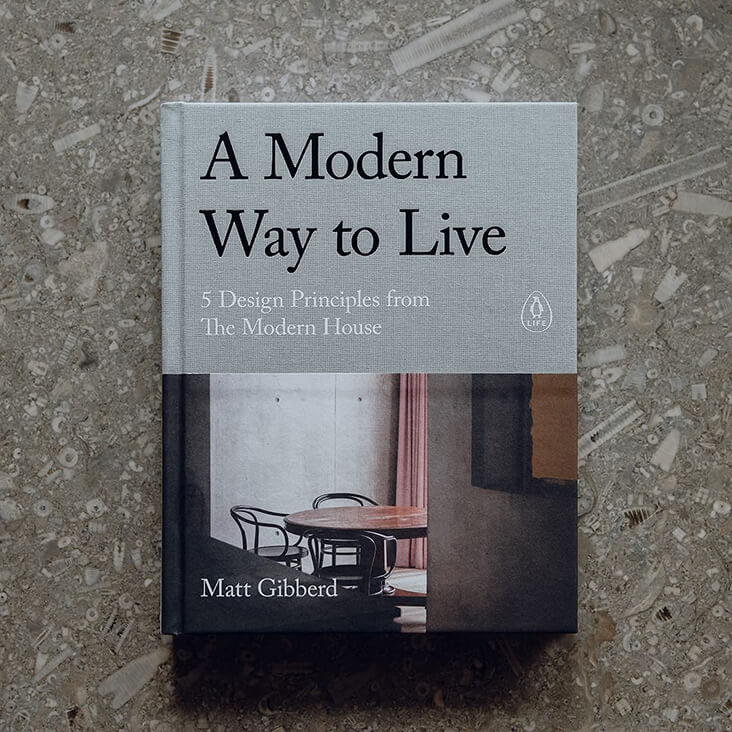 Taking the lessons learned from both work and building family homes with Toogood, Gibberd recently published the lifestyle guide A Modern Way to Live: 5 Principles from the Modern House (2021). The highly sought-after book centres around five timeless principles: Space, Light, Materials, Nature and Decoration. The book is littered with examples of living spaces that adhere to these principles, from modest beach huts to large family houses, and they demonstrate powerful lessons on how to live our lives at home, our most cherished and intimate place, in more thoughtful and meaningful ways.

The stylish young British duo Charlie Casely-Hayford and Sophie Ashby both have individual, successful careers – Ashby is a celebrated interiors expert who recently on House & Garden’s Designer of the Year 2021, while Casely-Hayford is an esteemed British menswear designer who founded a business with his late father, Joe Casely-Hayford. But what unites them…

Silks, Synthetics And Society: How One Artist Turns Fabrics Into Political Statements

Berlin-based artist Gulnur Mukazhanova received a peculiar inheritance from her grandmother: a collection of traditional Kazakh garments and textiles. She wore one of the garments for her wedding, to question the dominance of the customary white dress, while the rest have inspired her recent works. Sadly, traditional crafts have been steadily disappearing in Kazakhstan, Gulnur’s…