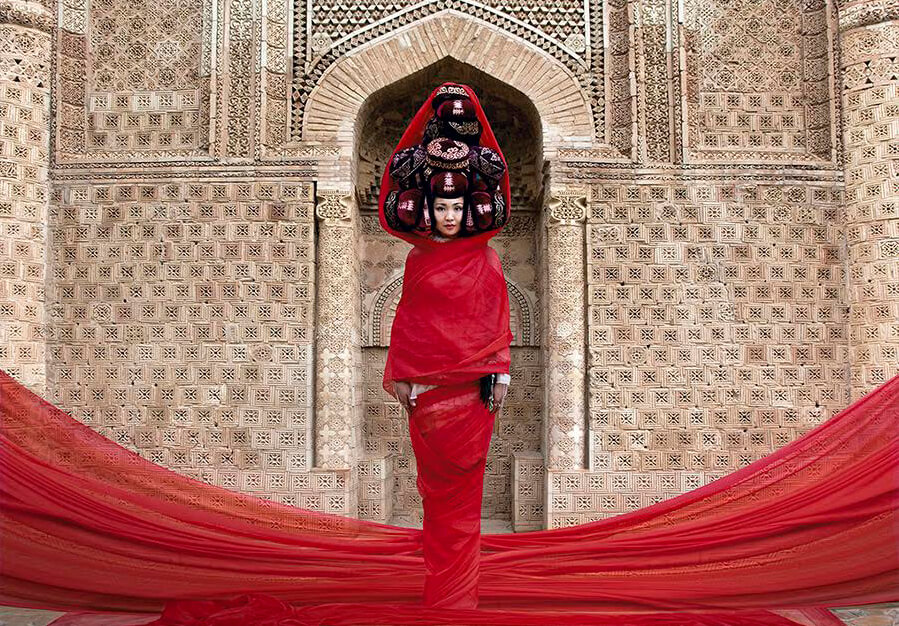 For Kazakh artist Almagul Menlibayeva, fabric is both a way to tell a story and a metaphor for storytelling itself. In photography, video and digital works she uses fabric as a subject and a character.

Take The Red Butterfly, which features a woman swathed in seemingly endless red fabric, wearing numerous skull caps, and in the background: a sand-coloured architectural monument. Phallic in shape, with traditionally male headdress further constraining her – is she a chrysalis about to burst from the patriarchal shell? The building behind her is a Mausoleum of Aisha Bibi – a medieval monument dedicated to a woman who disobeyed – covered with intricate terracotta tile designs. 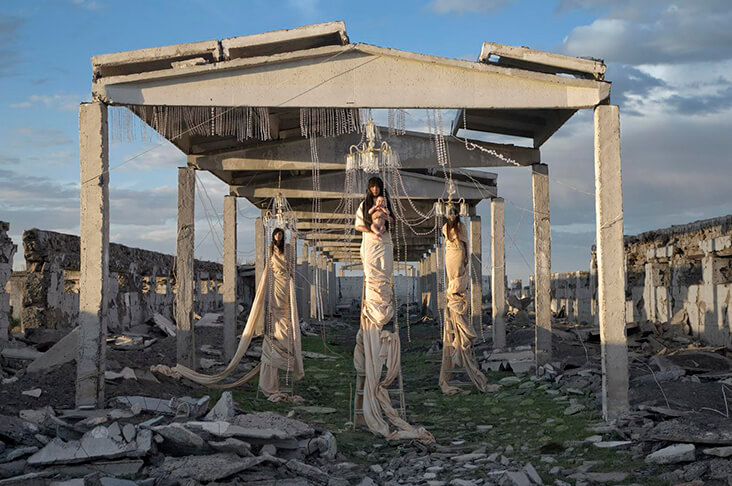 Menlibayeva studied textiles and applied arts in the 1980s in Kazakhstan. Then it was part of the Soviet system and fine art was considered an ideological affair. Although her chosen degree had lower status, in return it brought her freedom from that ideology.

“Fabric is an artistic medium that can transmit several messages,” she says.

One of them is a link to clothes and ornamentation – both are languages of expression that are specifically feminine and in opposition to patriarchal or colonial discourses. Being visual, these languages of symbol and shape are also more direct, immediate, and universal than verbal communication.

In her work The Global Entry 1, women swathed in black are interconnected by the fabric that binds them. The fabric also mimics the shadows, while the women’s bodies resemble columns of the unfinished and abandoned building in the background. 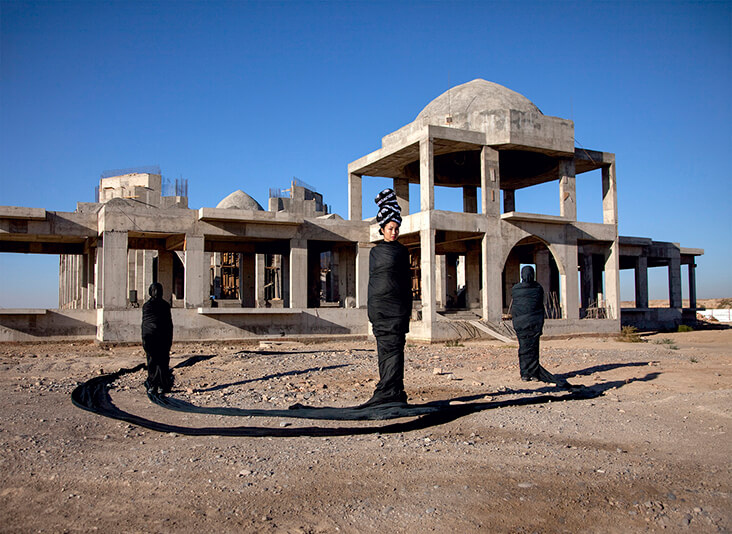 “Its tactile nature and proximity to the body are other strengths of fabric as an artistic medium,” she says. It is inherently human in size and reference. It has qualities like water – an ability to flow and change shape. And like water, Menlibayeva makes fabric look endless and circular – as if it has no beginning or end.

She often places women characters in conversation with her architectural and interior backgrounds – again, using textiles. In During a Solar Eclipse, the grey-beige totems of motherhood are juxtaposed with the rectangular dilapidated remains of a building. In Dilora – the semi-nude young woman in fluffy white pseudo-traditional dress is juxtaposed with the richly ornamented deep reds of a yurt interior. In Aisha Bibi the overflowing skull caps are reminiscent of the domes of the Mausoleum of Khoja Ahmed Yasawi. 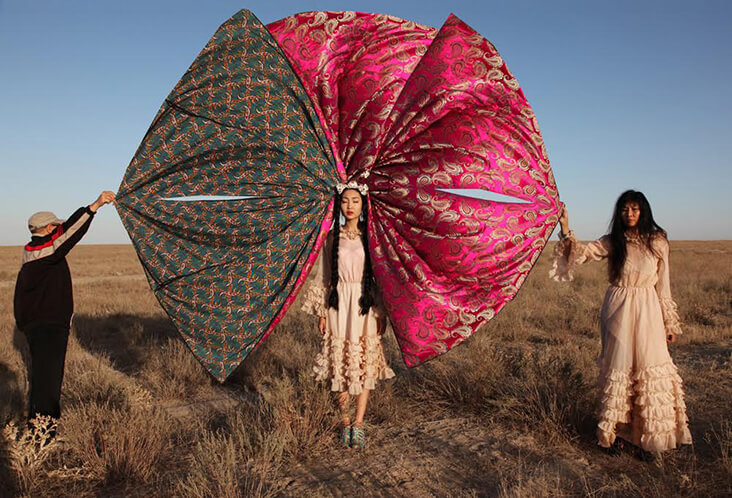 While in other works Menlibayeva addresses environmental catastrophes, political upheaval, and social change, it seems that fabric is her main language to talk about the feminine, identity and feminism. Even our new, increasingly digital reality can’t stop her: she is referencing fabrics in digital works and in so doing brings our attention back to tactility and the human body.