A Balancing Act: Motherhood and Creativity 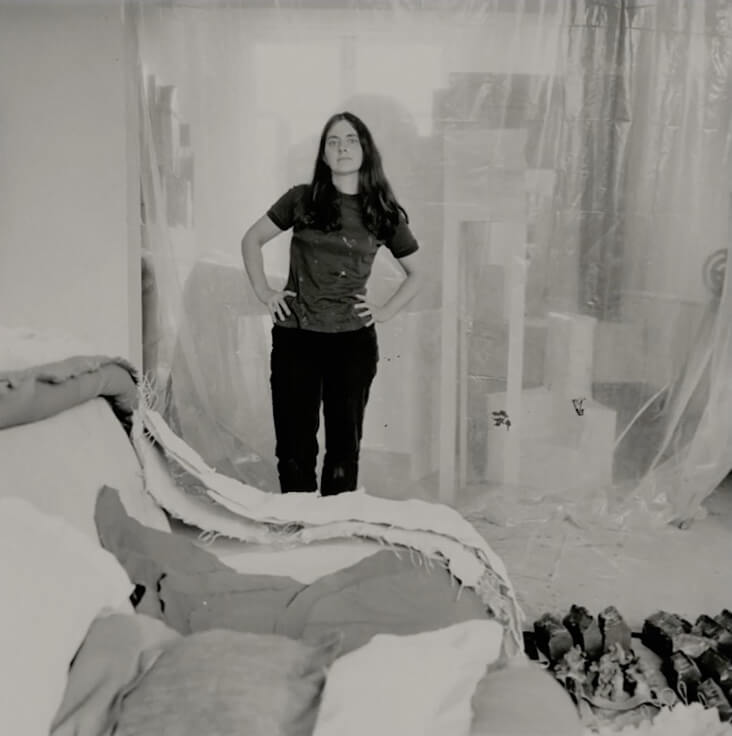 Motherhood and creativity: it’s a tricky, loaded subject that has been the subject of much debate. Do the two roles blend into and complement one another, or are they opposing forces pulling women in different directions? As as a mother myself, I know what it feels like to juggle different identities, and yet how the creative act of being a mother also nurtures and feeds into other areas of my life. Art history past and present is littered with examples of mothers who have sustained a successful creative practice, even if they admit the balance has been almost impossible at times (especially when their children were young). Fathers also undoubtedly experience changes when becoming parents, particularly those who are full-time carers. Yet in this new series, we focus on the lives of women who have balanced the act of being a mother with being an artist, and the challenges, oppositions, and ultimately rich rewards they discovered along the way.

Many years ago (in around 1983) the great contemporary artist Phyllida Barlow delivered a lecture at Goldsmith’s College of Art in London. A mother of five young children at the time, she explained how she was making art very late at night, in the quiet of darkness while her family slept. One student at the back asked her “What’s more important, being a mum or your art?” She replied, “Being a mother.” After the event, she considered the implications of this question, and how ridiculous it was to “take two things and make them opposite.” The reality is, in fact much more complex, nuanced and individual. Barlow found international success later in life when she was in her 60s, but it was arguably the years spent slowly burrowing away at night that helped make this happen. In a more recent interview, Barlow observed, “It isn’t about a choice, the two are actually reciprocal.” But she also added, “(it is) an impossible combination … they’re both intensely creative processes, but they stand in absolute opposition to each other. One is selfish and the other has to be selfless.” 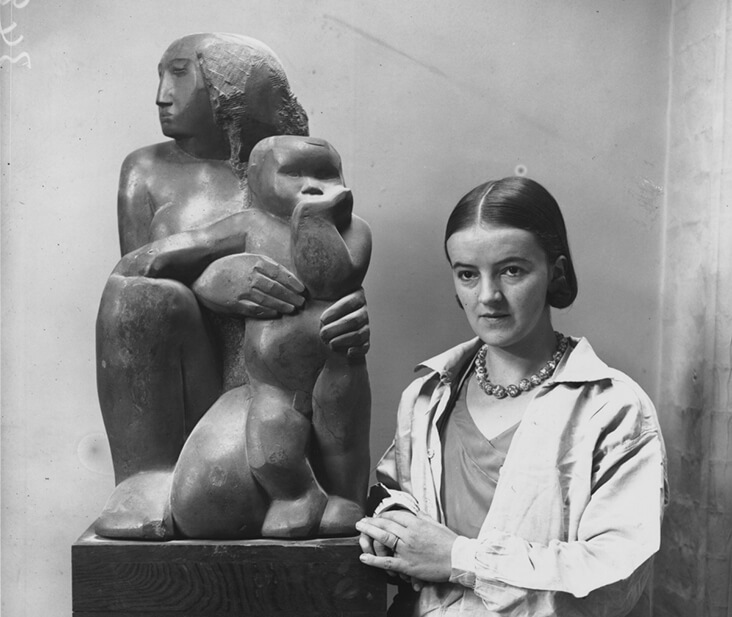 Barbara Hepworth with her artwork Mother and Child, 1934

Years earlier, Dame Barbara Hepworth- was a mother to four young children in 1930s London. Though incredibly poor and deprived by the austerities of war, the years Hepworth spent in a tiny home with her husband and young children were endlessly busy as she tried to carve out time to make art whenever she could. For her it was the daily act of making that became most important to keep the momentum going, rather than the amount of time: “I found one had to do some work every day, even at midnight, because either you are professional or you’re not . . . provided one always does some work each day, even a single half hour, so that the images grow in your mind.” Hepworth also found ways of weaving her experiences of motherhood into her artworks. After giving birth to triplets, we see groups of three appearing in many of her most important sculptures, while her organic forms inside one another undoubtedly resembled children in wombs. There’s no question that she struggled. But there’s also much evidence to suggest she found motherhood a deeply spiritual and meaningful experience that fed into her art. She even noted how, “being a mother enriches an artist’s life.” 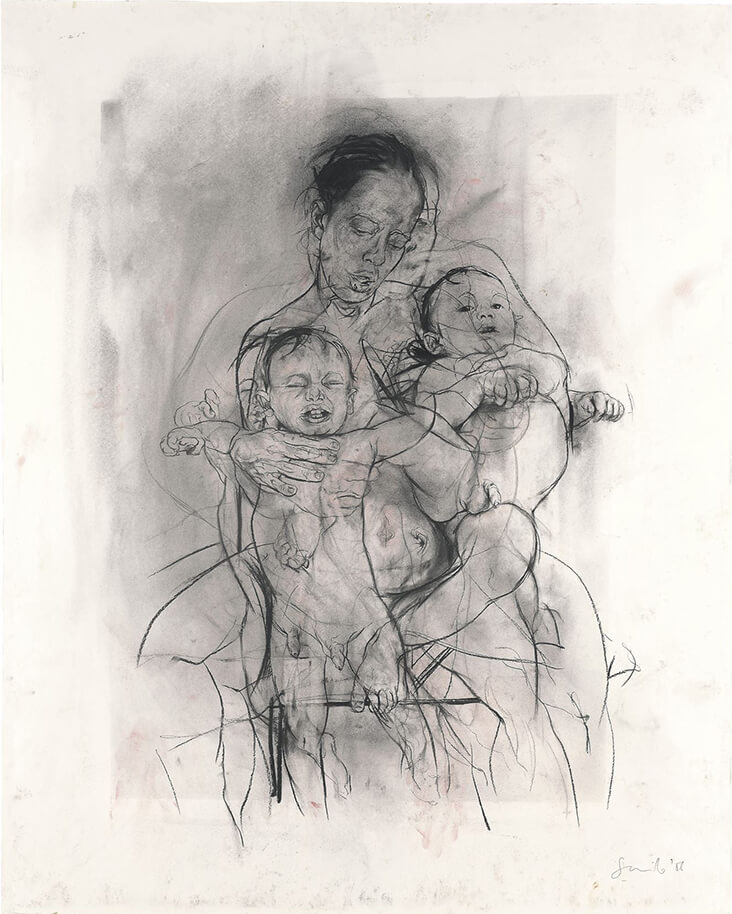 Jenny Saville, Mother and Child (After the Leonardo Cartoon), 2008

Like Hepworth, feminist artist Mary Kelly took the role of motherhood as the primary subject of her art, bringing the practical, everyday lived experience of motherhood onto art gallery walls. It was 1970s America when she rose to prominence, a time when women still performed the bulk of childcare duties but she and her husband were determined to be different. “My husband Rae was the only man with a child in a backpack,” she noted. Within the arena of cool, conceptual art made predominantly by white, middle-class men, her voice became an antidote, one with heart, body and soul. She made a film of her pregnant abdomen, with her child kicking beneath the skin and titled it Antepartum. This was the first of many artworks exposing the real, raw physicality of motherhood. Her Postpartum Document series that followed was radical in its frank honesty, chronicling the intimate and deeply personal experiences of early motherhood through soiled fabric, worn clothing and typed diary entries. Guilt was a recurring feature, and she often noted the contrast between her experiences of parenting and those of her husband. In one document she asks, “If R (her husband) spends as much time with K (her son) as I do, then why doesn’t he feel guilty about the time he spends away?”

What all these stories, and many more, show is how varied each woman’s approaches to motherhood and creativity can be. Each, in their own way has tried to soak up the incredibly beautiful and inspirational experience of raising a child/children, while at the same time maintaining an internal creative agency. And many have found that the two experiences are not so separate after all. Hepworth famously wrote, “A woman artist is not deprived by having children …  one is in fact nourished by this rich life.”