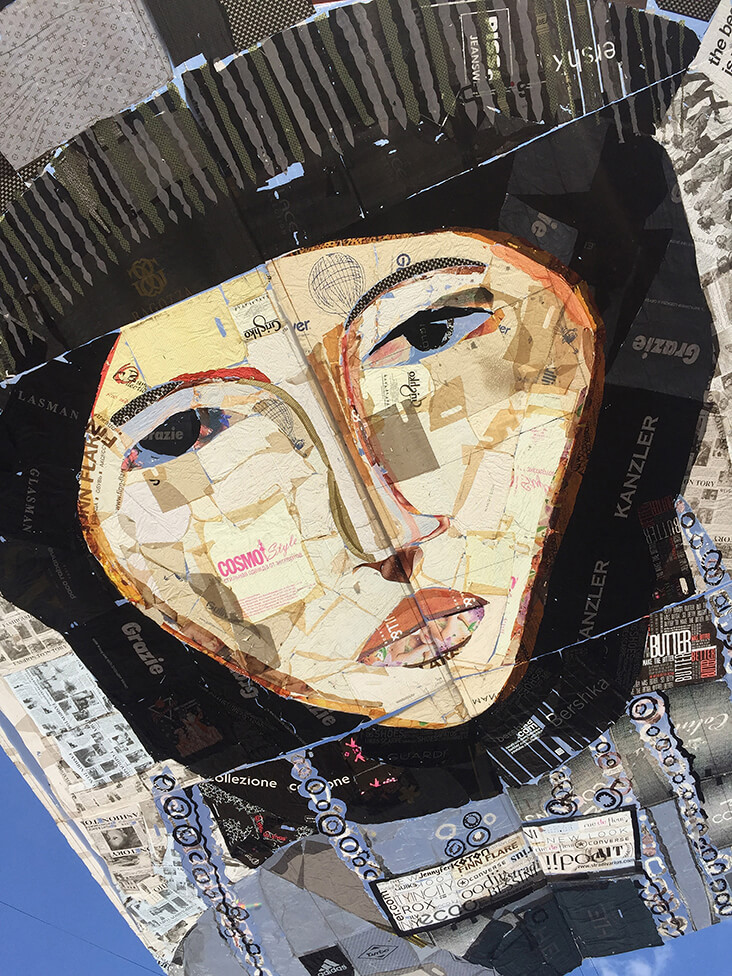 I’d like to find out why Almagul Menlibayeva created epic videos and photographs of women swathed (or strangled?) by traditional fabrics in front of historical monuments. I’ll discover how Gulnur Mukazhanova reapplies felting techniques to create haunting face masks, and uses floating polyester silks to expose facelessness and falsity of modern society. I’ll also examine what Saule Suleimenova wants to say in using old plastic bags to depict a bride in traditional dress.

Kazakhstan is a Central Asian country sandwiched between Russia and China. In its recent past there were gulags, nuclear tests, and the Aral Sea. In the present, it has a space rocket launch site, oil and gas. It’s also a country with vast and vastly different landscapes: from mountain peaks to barren steppes, pine forests and flamingo lakes. 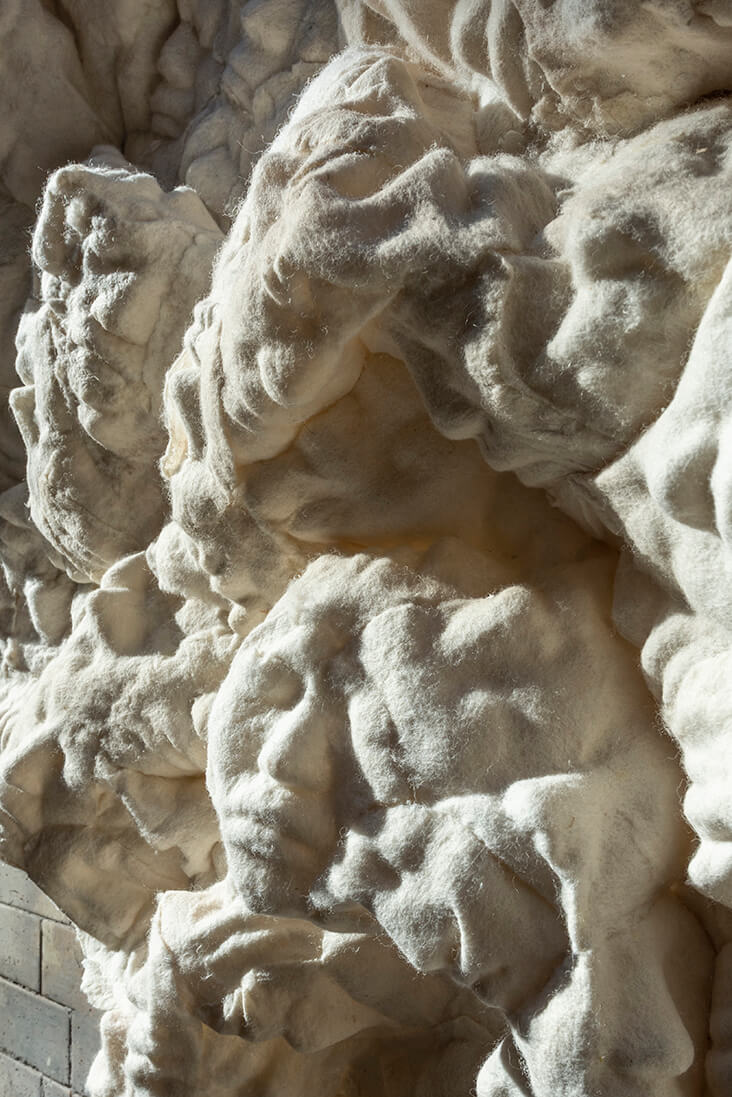 Kazakhstan’s traditional crafts are similarly rich and diverse – needlework, carpets, woodwork, silversmithing – and its contemporary art scene is both vibrant and socially active.

When I co-curated an exhibition of Kazakh art in London in 2018, someone remarked that we did a good job including so many women artists. This surprised me. We were not trying specifically to include women; it just happens that among the brilliant contemporary artists in Kazakhstan, many are female. Indeed, except for major collectors, the rest of the Kazakh art world – curators, gallerists, critics – is predominantly female. But the remark made me realise that this is in stark contrast to even the most feminist of Western societies. 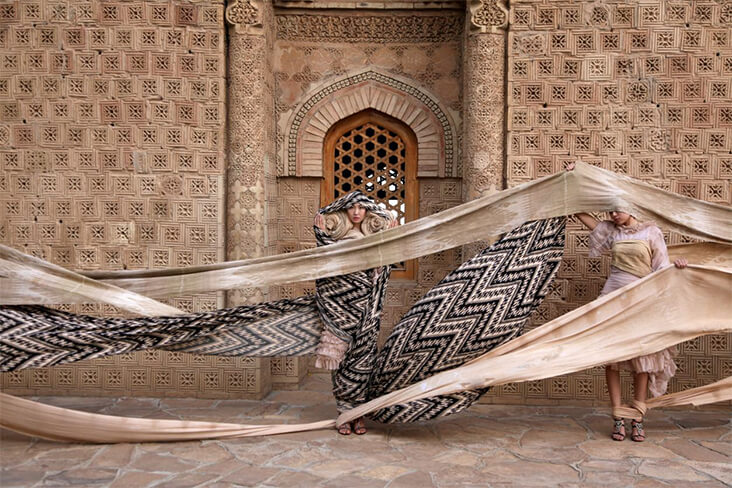 Could there be a link between the history of craft and the presence of women in Kazakhstan’s art world? Traditional crafts involving fabric – from clothing to carpets, to blanket making – were all in the female domain. While most of these items served a utilitarian purpose, a large number were also (or only) decorative.

Being principally nomadic, Kazakhs used mobile houses known as yurts. Although plain on the outside, these were richly and colourfully decorated inside with fabrics including cotton, silk, and (mostly) wool in the form of felt. Women designed these yurt interiors: they made choices on what fabric to use, which colours to combine, and most importantly the pattern. 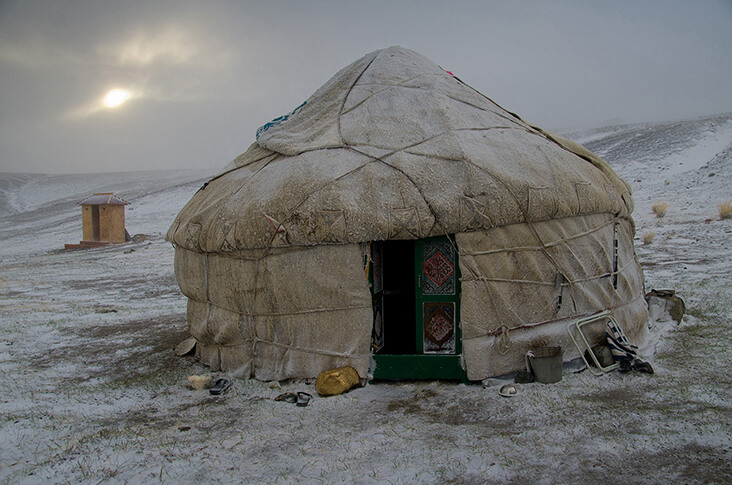 I remember my grandmother telling me she had devised a special pattern for a blanket she’d made for me. I must admit, I wasn’t interested in the detail back then, but clearly it stuck in my mind. I was a child of the city, born in the late Soviet period, the 1980s, when sovietisation was gradually replaced with westernisation. We were interested in jeans and sneakers. Only on leaving Kazakhstan did I become intrigued by its cultural heritage.

Is it possible that this association of women and crafts meant that when the Soviet Union fell apart, some women decided to revive traditional techniques, while others discovered contemporary art and its methods, which allowed them to channel their inner experiences as well as their social and political views?