Finery and Lace: Embroidery in Europe 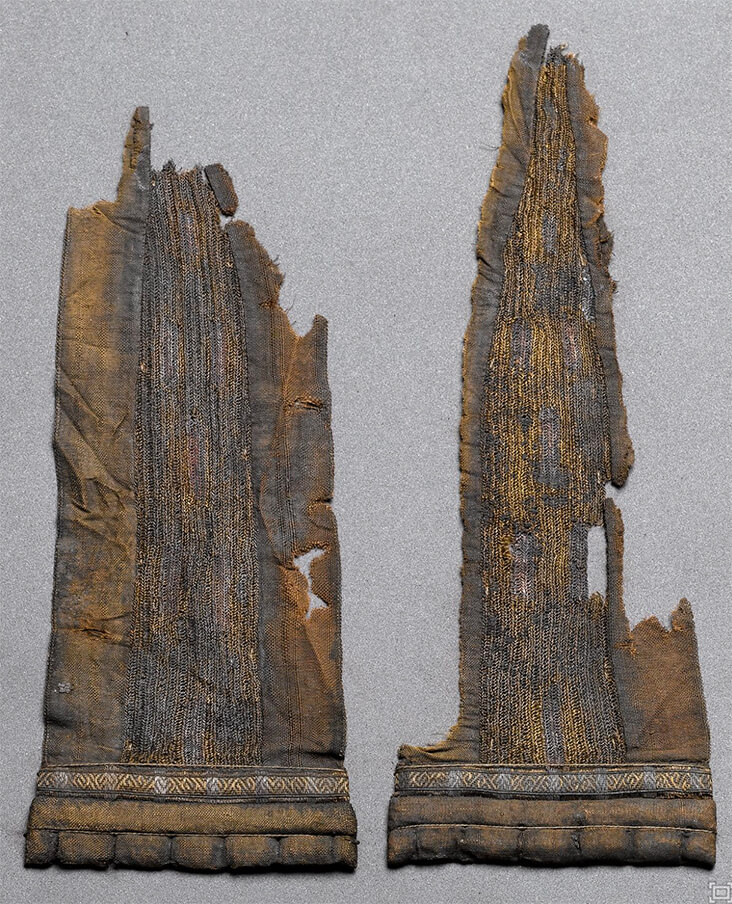 Viking embroidery from the Bjerringhøj mound in Denmark

From Viking Age clothing to Catholic vestments and prestigious royal gowns, European embroidery has a rich history that is closely intertwined with our cultural past. Europe was also a site for embroidery innovation; techniques that were discovered here continue to live on today in the clothes we wear and the ways we decorate our homes. What this proves is how deeply connected we still are to the people of Europe’s past, through this timeless and enduring art form.

The history of European embroidery is often traced back to the Viking Age of the 9th and 10th centuries. Many fragments of ancient embroidery have been discovered in ancient burial sites across Sweden, Denmark and Norway, proving the important role of decorative textiles in Viking societies. One of the most celebrated of these burial sites is the famous Bjerringhøj mound in Denmark. Archaeologists made this fascinating discovery in the late 19th century – such was the intricacy of the surviving textiles fragments, featuring silk, gold and silver threads, many believe they once belonged to royalty. 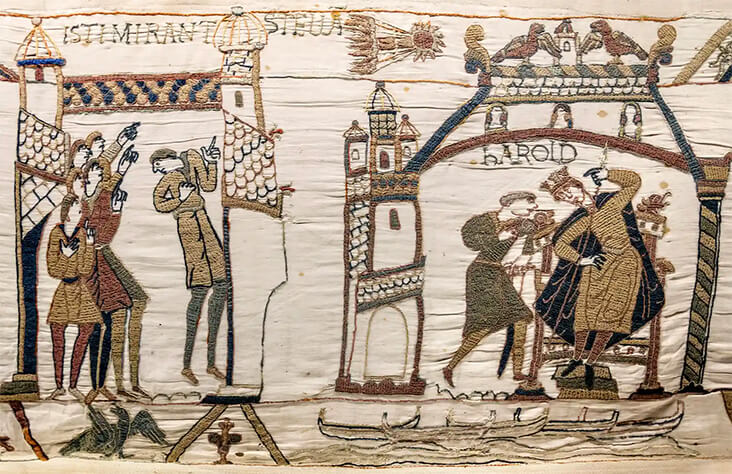 Detail from the Bayeux Tapestry of the 11th century

Embroidery was a widespread practice across all aspects of society by the Middle Ages, from the homes of ordinary people to the master workshops of professional craftsmen. Anglo-Saxon England was particularly renowned for its highly skilled embroiderers, who developed an innovative and influential style featuring knotwork, floral and animal motifs, and roundals, a style that permeated across much of Europe. They created prized garments and wall hangings featuring shimmering gold and silver threads for only the wealthiest and most prestigious members of society – namely, royalty and the Catholic church. 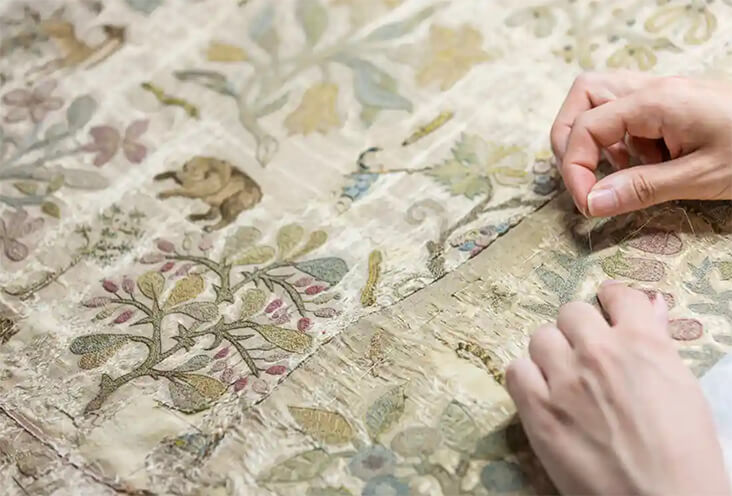 From this period onwards Europe became a site for embroidery innovation, dazzling the world with stunning gilded Catholic vestments, textiles and royal gowns drenched in silver thread. One of the most famous examples is the stunning Bayeux Tapestry, dating from the 11th century. It is thought it was first commissioned to decorate the cathedral of Bayeux, illustrating the conquest of England by William, Duke of Normandy in 1066. At over 70 metres long, it is one of the largest embroideries ever made. We don’t know who made the embroidered tapestry, but it demonstrates the typical Anglo-Saxon style, with decorative detailing, stem and outline stitchwork, and laid and couched work.

Dating from the slightly later 16th century Tudor period, Queen Elizabeth I’s famous Bacton Altar Cloth is one of only a few royal garments surviving from this period, and its exquisitely fine detail, featuring curling flowers, birds and animals, is testament to the skill of the embroiderers who made it, particularly as it still survives 500 years later. 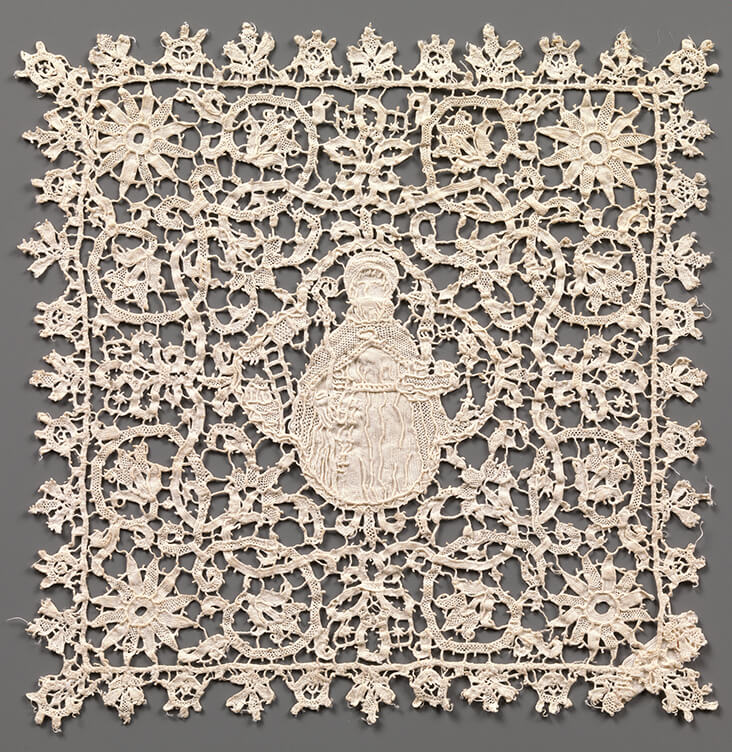 Another of Europe’s most important contributions to the history of embroidery was lace. Emerging in the 16th century, early styles of lace first appeared in Italy, Flanders and France, before becoming more widespread across much of Europe. Lace was a marker of luxury and status because it was such a time-consuming fabric to create, and it involved the handiwork of highly skilled makers. It was made with a single needle and thread, or with threads plaited together into strands. Handmade lace adorned the clothing and interiors of royalty and aristocratic men and women for the next two centuries, decorating cuffs, collars, shoulders, hands, heads and home furnishings. 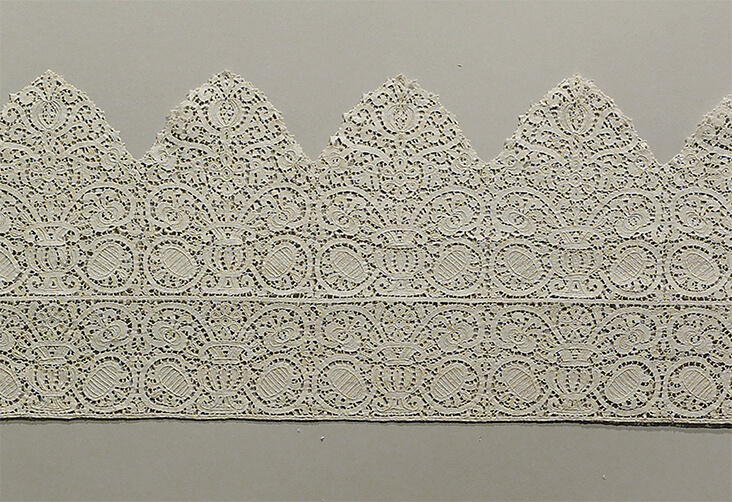 The industrial revolution of the 19th century had a monumental impact on the nature of European embroidery, as machines gradually emerged that could recreate what was once only possible by hand for a fraction of the cost. If this meant taste for expensive, hand-made embroidery waned during this time, the Arts and Crafts movement in the 20th century did much to revive taste for the appeal of hand-made embroidery, particularly the Scottish artist Phoebe Anna Traquair, whose illustrative embroidered panels show how overwhelmingly powerful, visceral and tactile the art of embroidery can be. 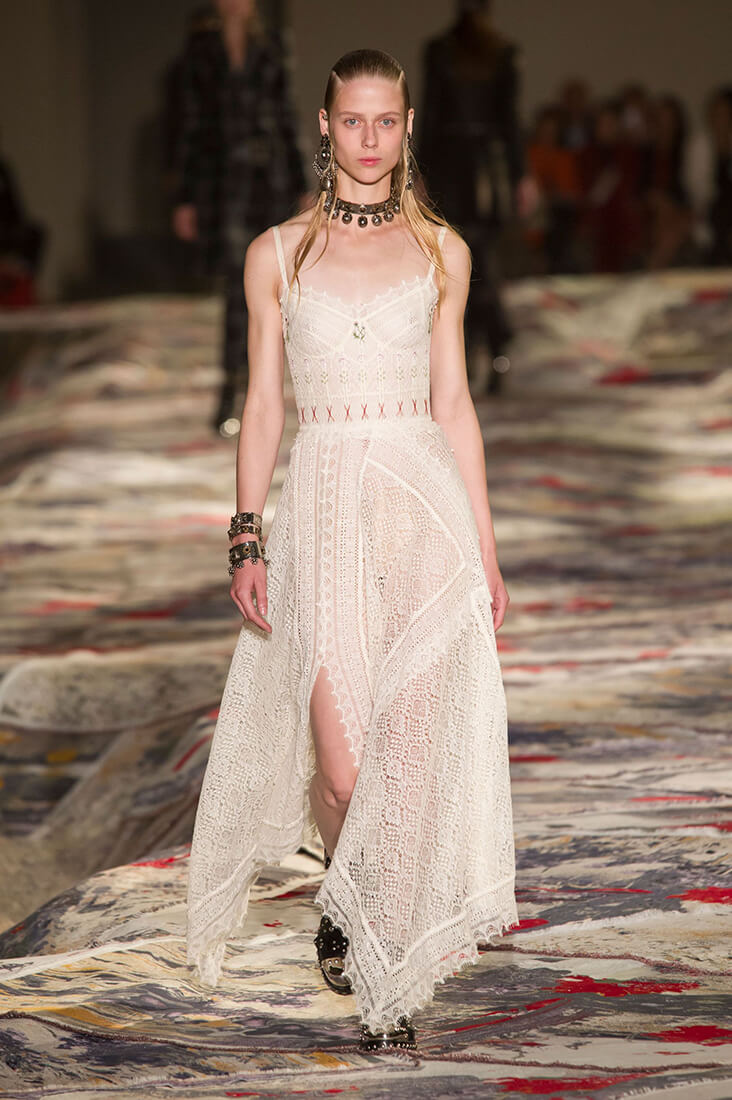 In recent times, hand-made embroidery in Europe has seen a huge resurgence, particularly among makers artists and designers who want to embrace slow fashion made with care and attention, that is built to last, an antidote to the wasteful habits of fast-fashion retailers. Stitch School, established in London in 2017 by Aimee Betts and Melanie Bowles, aims to re-introduce the fine art of embroidery to a new generation of makers, while London’s Royal School of Needlework has seen a huge uptick of students signing up for embroidery courses. British designers such as Sarah Burton for Alexander McQueen are re-introducing the incredible nature of hand-made embroidery back into the fashion landscape, proving how much spark and life there is within this masterful and highly skilled art form.